The mountains and valleys of New England’s northern states, beautiful in every season, are especially charming and picturesque when blanketed with a dusting of pure white snow. Here’s a list of the 10 prettiest mountain towns in northern New England. 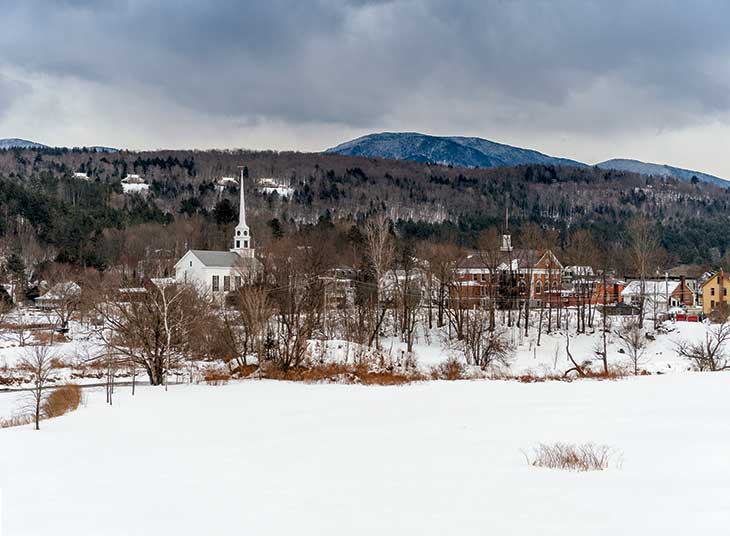 With its clusters of brick and clapboard homes, a white-spired church and a covered bridge, Stowe is a quintessential Vermont town, and without a doubt one of the prettiest mountain towns in New England. Sitting in a broad valley adjacent to the 4,395-foot Mount Mansfield, home to skiers’ paradise at Stowe Mountain Resort, the town welcomes visitors to shop, dine and play. To the east, two trailheads for the Pinnacle Trail take you to the summit of the Stowe Pinnacle, offering stunning views of the rugged wilderness in the C.C. Putnam State Forest. gostowe.com

In the rolling hills of Southern Vermont, tiny Jamaica harkens back to a simpler era. Sitting serenely off Route 30 along the eastern edge of Green Mountains, the village—chartered in 1780—boasts hot glass works, ski and sport shop, historic inn and fine art gallery. Home to the 770-acre Jamaica State Park, noted for its many waterfalls, it’s a short drive to the Stratton ski area. jamaicavermont.org 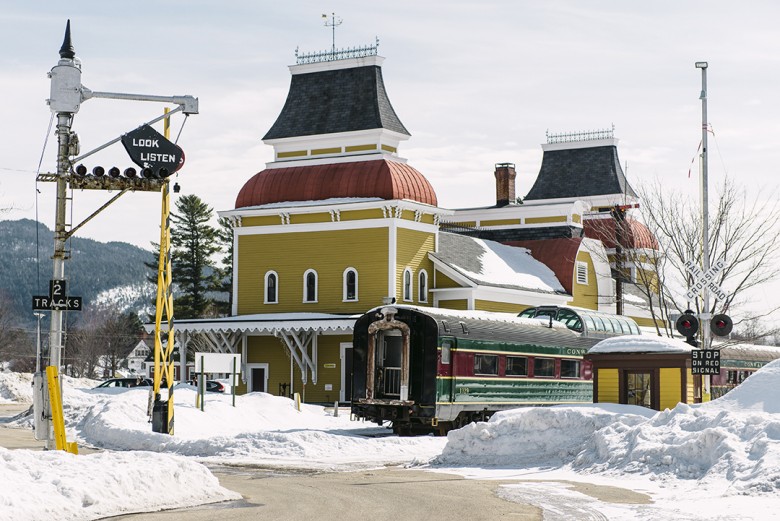 Nestled in the heart of Mt. Washington Valley, near the White Mountain National Forest, you’ll find another of the prettiest mountain towns in New England, the picture-perfect village of North Conway. Main Street’s storefront shops—offering everything from sporting goods to candles, children’s clothing to cigars—exude an old-time charm, as does the restored 1874 Boston & Maine railroad station, home to the Conway Scenic Railroad. northconwayvillage.net

Incorporated in 1962, Sugar Hill is as sweet as its name that was inspired by sugar maples in the surrounding hills. With a population of just over 500 people, and conveniently located near many ski centers, the town boasts a historical museum and meetinghouse, country store and inn, famous pancake parlor, and sweeping views from atop Sunset Hill Ridge of both the White and Green Mountain ranges. franconianotch.org 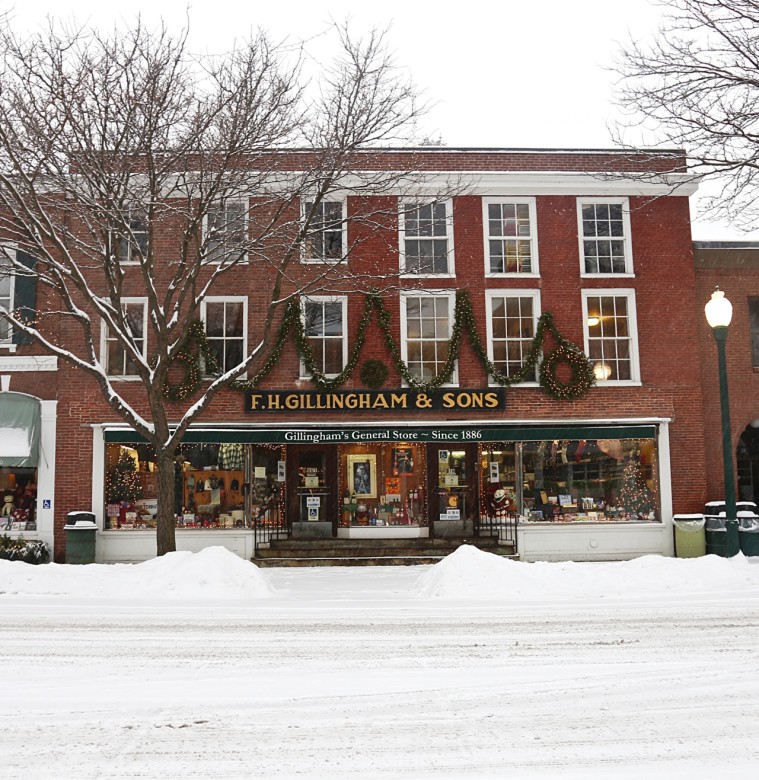 The heart of this village is The Green, a central square bordered by historic churches and restored late Georgian, Greek Revival and Federal Style houses. Located on the banks of the Ottauquechee River, Woodstock also boasts three covered bridges, farmland silhouetted by rolling hills, and a historic shopping district with charming restaurants and boutique shops. townofwoodstock.org

There’s only one road in and out of this picturesque village in northeastern Vermont. Set in a valley surrounded by Burnside Mountain on the west, and New Hampshire’s Cape Horn on the east, Guildhall’s town common is bordered by eleven mid-nineteenth century residential and public buildings. Most notable are the Greek Revival style Essex County Court House, the Guildhall United Church, and the former Essex County Jail and Queen Anne style Jailer’s House. guildhallvt.org

Framed by forests and perched along the Connecticut River, the small town of Waterford’s lower district is affectionately known as the “White Village” due to its white-painted buildings with green shutters—a tradition started in 1919. Visitors arrive for photo-ops and to stay in a former 18th-century tavern, now the Rabbit Hill Inn. waterfordvt.org 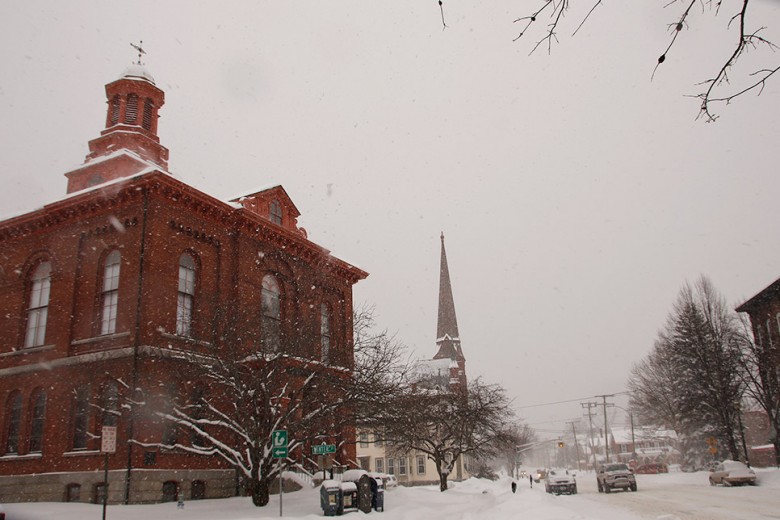 The town of Keene in the Monadnock Region is a must-stop in winter for a picture-perfect glimpse of historic New England. Don’t miss the garland-strung gazebo, historic white-spired United Church of Christ, nearby covered bridges, Horatio Colony House Museum and Nature Preserve, and bustling downtown with boutique shops, galleries, and restaurants. keenechamber.com

What would you add to our list of the prettiest mountain towns in New England? Let us know in the comments!

How a Styling Executive Fashioned His Path to the Top