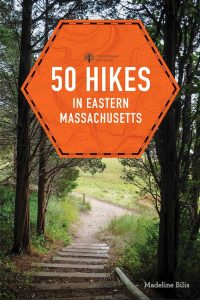 For adrenaline-pumping hikes, New Englanders don’t think twice before heading to the Presidentials in New Hampshire, or the Green Mountains in Vermont. Those craving a more leisurely jaunt, though, shouldn’t overlook the abundant walking trails just outside Boston.

While Eastern Massachusetts isn’t exactly the place to scale snow-capped mountains, there are plenty of adventures for hikers of all ages and skill levels. These hikes are detailed in my new guidebook, 50 Hikes in Eastern Massachusetts (The Countryman Press), which highlights the best trails that this part of the Bay State has to offer, from the rocky ledges of the Blue Hills to the sandy stretches of the Cape Cod National Seashore.

Below, in an exclusive excerpt for NewEngland.com, are five hikes from my book for every type of hiker. 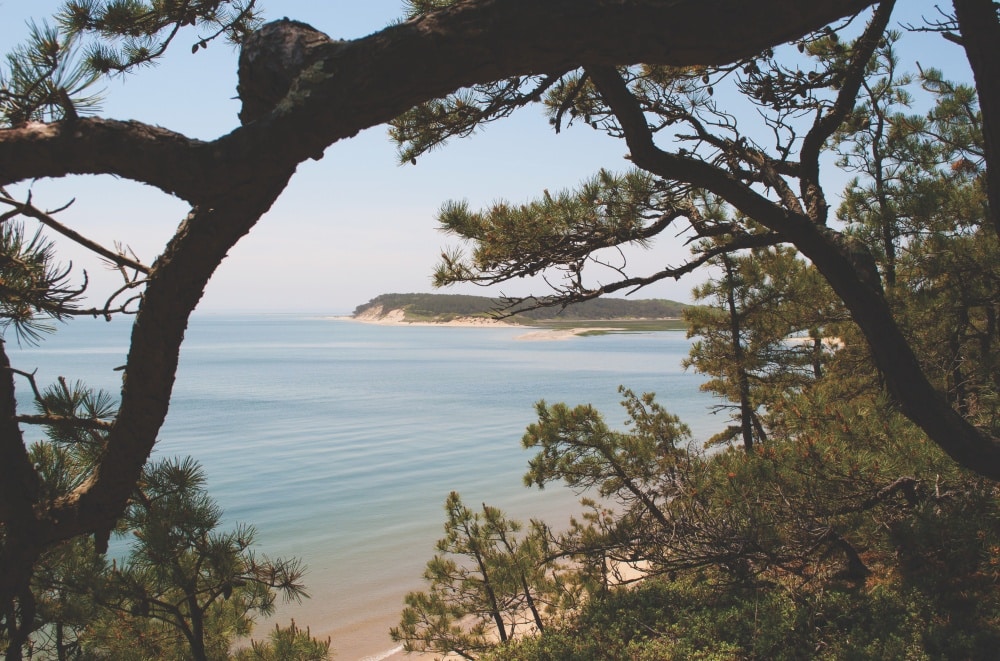 The Great Island Trail is arguably one of the best hikes in all of Massachusetts. The loop, located within the boundaries of the Cape Cod National Seashore, begins with an easy walk tracing the shoreline of “the gut,” where the Herring River lets out into Wellfleet Harbor. Then, it climbs up into a pitch pine forest, offering stunning views from cliffs overlooking Cape Cod Bay.

There’s also a history lesson thrown in, as a small stone monument marks the spot where a former 17th-century whaling tavern once stood. The trail emerges from the woods and traverses sandy dunes leading to Great Beach Hill, and ends with a breezy walk along the beach. While Great Island is no longer a true island, it sure feels that way with its abundance of ocean panoramas. 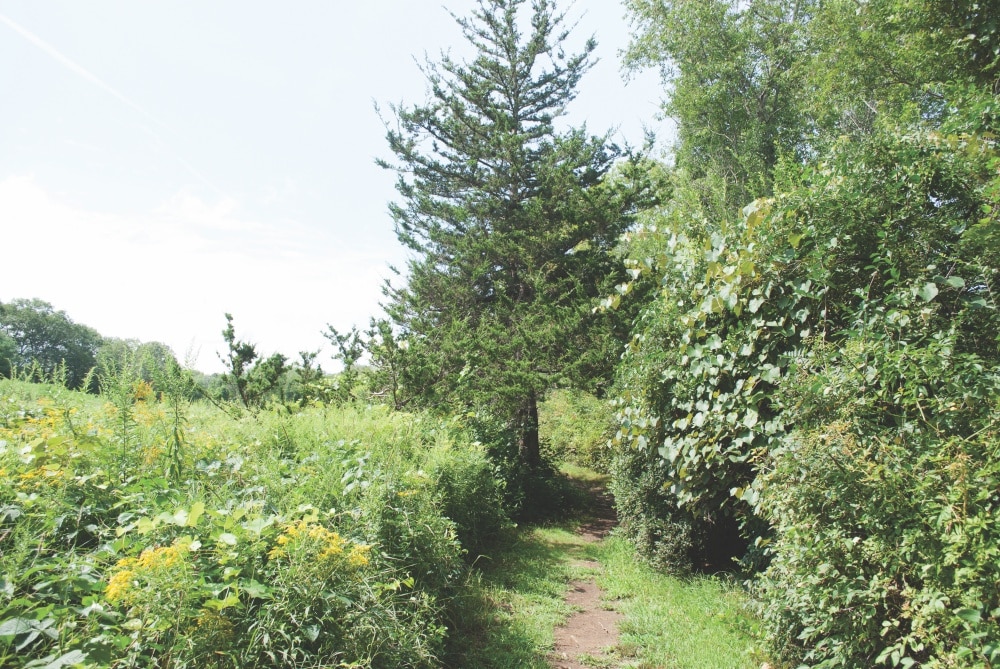 Tucked away on Eliot Street, and just a 10-minute drive from the Natick Mall, Mass Audubon’s wildlife refuge along the Charles River spreads out to 624 tranquil acres. It’s a sanctuary in multiple senses of the word — the refuge acts as a home for hundreds of different species of animals and birds, yes, but is also a relaxing day trip for a busy family.

Among the wildlife that call the Broadmoor home are otters, turtles, beavers, bluebirds, hawks, and sparrows. They live in a range of habitats in this single property: by the Charles River, alongside streams, on the shores of a former millpond, in oak and pine trees, in grasslands, and inside swamps and marshes. By exploring some of the sanctuary’s more than nine miles of easy walking trails, little ones can glimpse this wildlife in its habitat, and older kids can learn a bit of land-use history. After all, it wasn’t so long ago that a gristmill and sawmill on the property harnessed the water power of a Charles River tributary to operate. 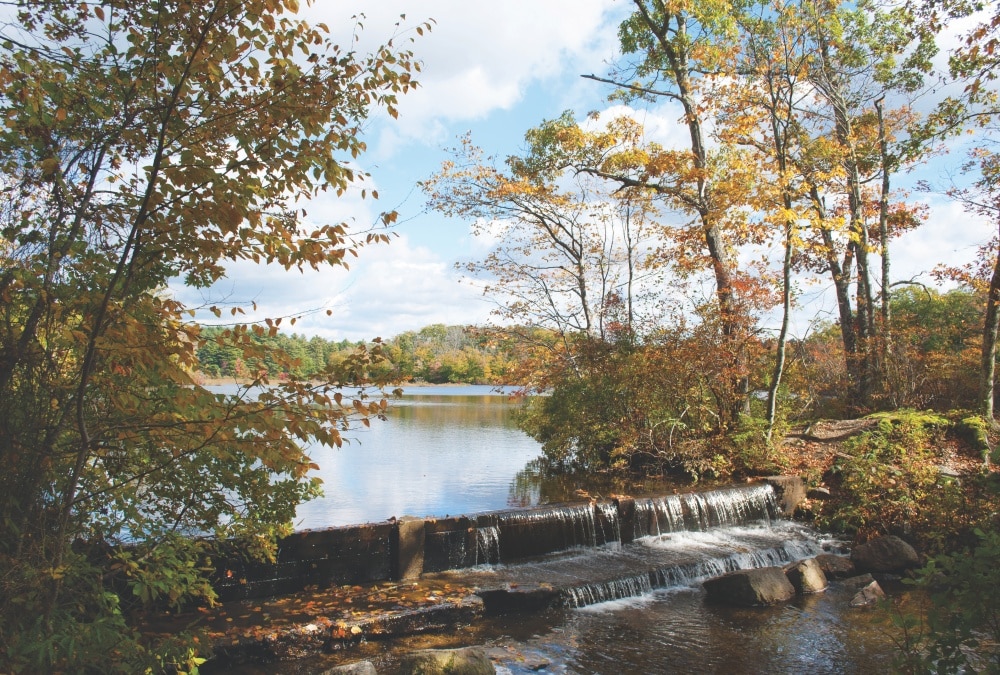 Borderland State Park is the former estate of Harvard botanist Oakes Ames and his wife, Blanche. Oakes was one of the country’s earliest researchers of orchids, while Blanche was an artist, author, and inventor. Blanche teamed up with Oakes to produce scientifically accurate orchid illustrations for his research, and together they created a body of work that led orchids to become the most-documented plant species — ever.

Both Oakes and Blanche came from wealthy, prominent families. Oakes was the son of Massachusetts Governor Oliver Ames, while Blanche was born into one of the leading families of Lowell, Massachusetts. They started to acquire the land that would become borderland in 1900. Blanche designed the estate’s stone manor herself, which was built with stones that had already existed on the property. The Ameses and their children moved into the house just before its official completion in 1912, and worked to establish their land as a wildlife sanctuary and forest preserve. Foresters helped the family build fire roads on their land, which are now the park’s hiking trails.

Today, Borderland is home to a range of plant and animal life. Water lilies thrive in the park’s six ponds, while deer, rabbits, otters, and other critters reside on land. Embark on this six-mile-plus journey to see them all, plus a film location for the movie Shutter Island. 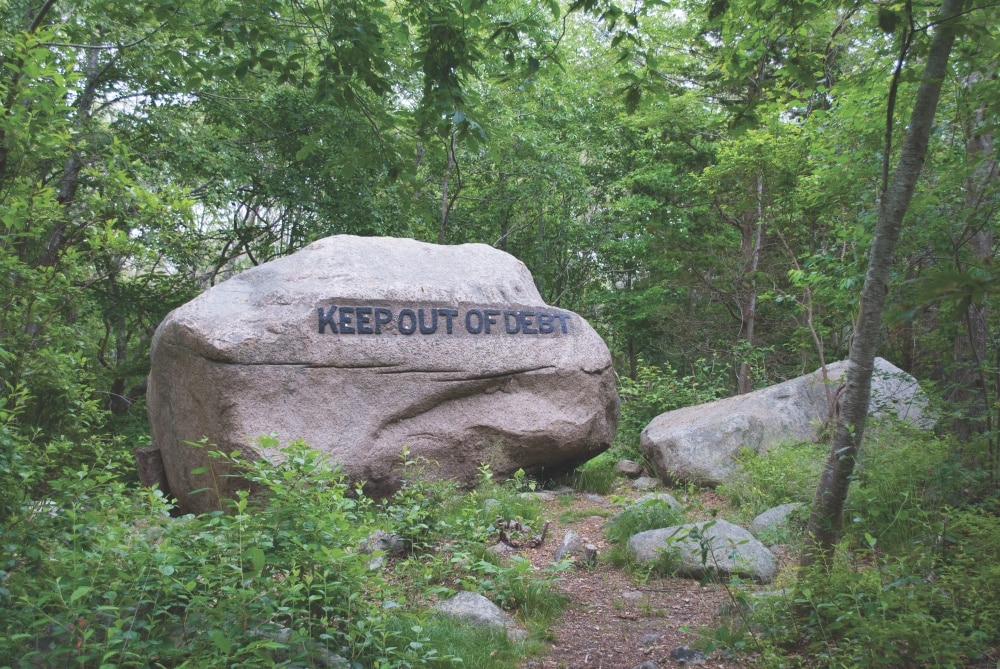 The Dogtown Woods are an aptly named place to take Rufus for a long walk. They’re also downright bizarre. First settled in the mid-1600s, the secluded area in Gloucester offered protection for the community that lived there. But when the American Revolution reared its head, men left to fight in the war while their wives maintained their homes in Gloucester. Some say the settlement got its name from the dogs that the women in the settlement owned for protection, while others claim a pack of wild dogs took over the land once humans left it. When the war ended and settlers gradually moved closer to the harbor to make a living fishing, Dogtown’s dissipation became imminent. By 1830, the settlement had been completely abandoned.

A century later, in the 1930s, wealthy philanthropist and Gloucester native Roger Babson devised an idea for the spot. To give unemployed skilled workers jobs during the Great Depression, he purchased part of the land that makes up Dogtown. Then, he commissioned stonecutters to carve sayings into more than 20 impressive boulders scattered around Dogtown Commons, the settlement’s former town center. Babson, who founded Babson College in Wellesley, had some words of advice carved into the stones: “Keep Out of Debt” and “Be on Time” are just a few nuggets of his wisdom.

These days, the Dogtown Woods make up 3,600 acres of the Essex National Heritage Area. The inspirational boulders are still there, as are dozens of cellar holes where colonial homes once stood. A trip to the woods will prove to be curious experience, and exploring its winding trails and air of mystery is best enjoyed in the company of a furry friend. 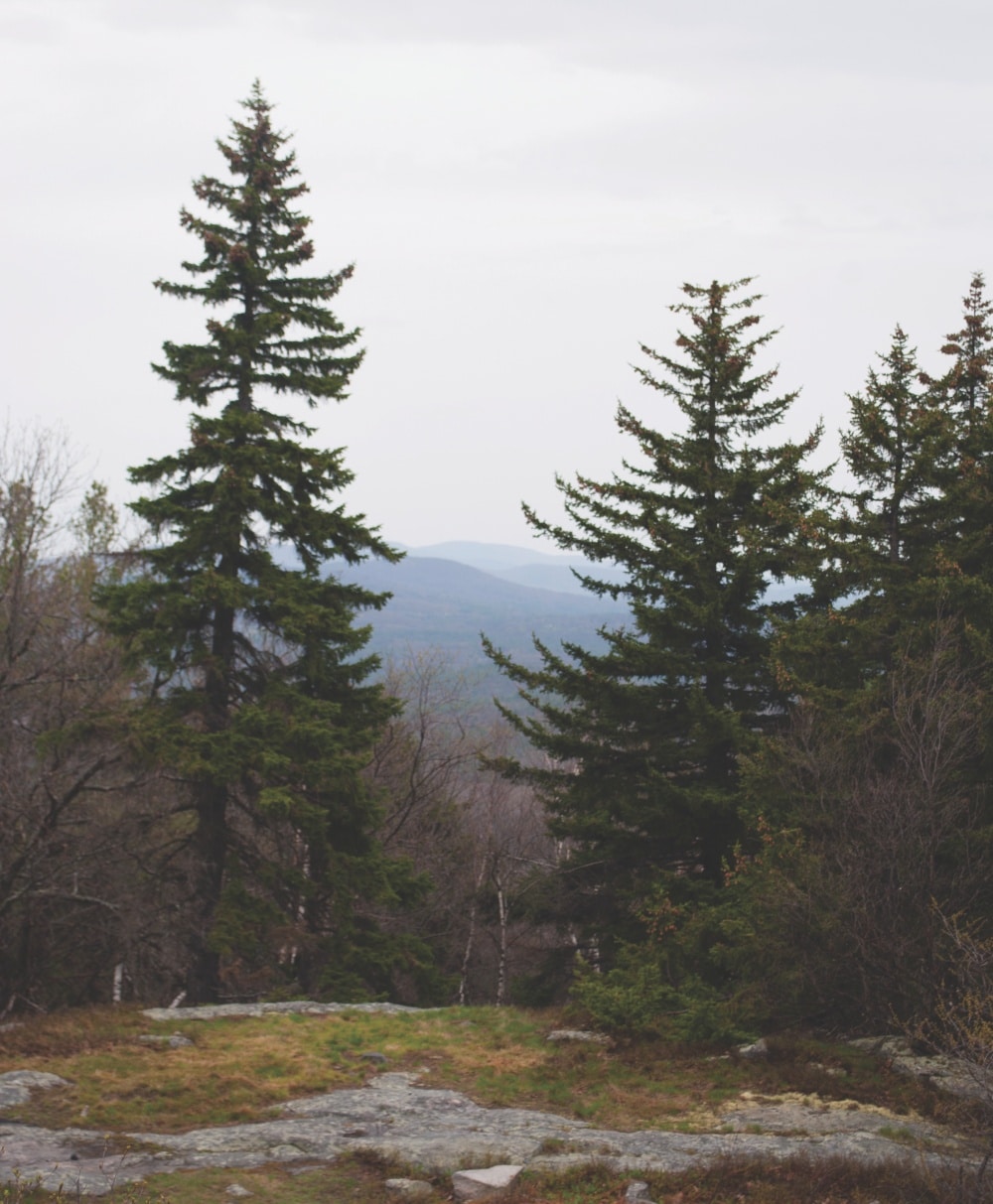 Photo by Madeline Bilis. Reproduced by permission of the Countryman Press. All rights reserved.

Mount Watatic is a monadnock, defined as rocky hill or small mountain rising from a mostly level surrounding landscape. (For those thinking of Mount Monadnock in New Hampshire, a monadnock is a type of land formation as well as the name of the Jaffrey, New Hampshire, peak that sits less than 20 miles north of Watatic.) The 1,832-foot mountain is one of the highest east of Massachusetts’s Connecticut River, and is often visited by bird-watchers, as it is one of the most popular spots for hawk observation in the Northeast.

Climbing the mountain makes for one of the most exhilarating hikes in Eastern Massachusetts. A journey to the top culminates with views all the way to the Green Mountains in Vermont, and to the peaks of southern New Hampshire. If weather permits, Boston can be seen in the east, while suburban towns can be seen before it. Hikers will spot farms, mountains, hills, a fire tower, and more.

The post 5 Best Hikes Near Boston for Every Kind of Hiker appeared first on New England Today.

In a year filled with pandemic and election madness, the Jewish New Year allows for a time to reflect and renew