The holiday season is here! Traditions may vary, from decorating the tree and baking cookies to singing Christmas carols and covering the house in twinkling lights, but I always make sure to leave a little time to watch at least one Christmas movie. Here at Yankee, we started wondering: How many Christmas movies have a connection to our fair New England? For the answer, check out our list of favorite New England Christmas Movies! 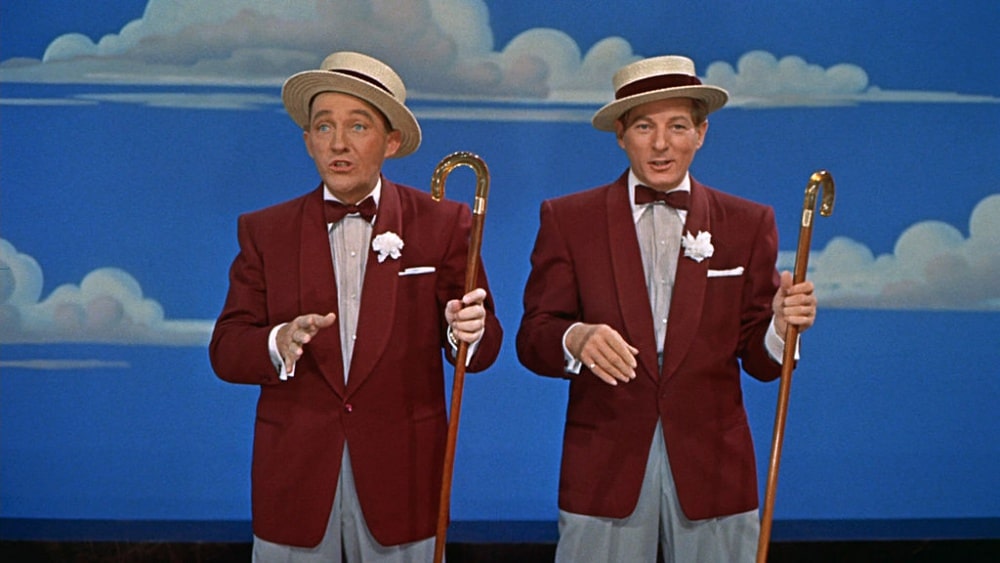 Elizabeth Lane (Barbara Stanwyck) writes about recipes she cooks for her adoring husband and charming baby at her small Connecticut farm. The readers love her homey column; however the column is not entirely true. The recipes are real, but Elizabeth doesn’t really live on a farm, is not actually married, and certainly doesn’t have a baby. So when her publisher (Sydney Greenstreet) asks her to host a Christmas dinner at her fictitious Connecticut farm with her make-believe family for a returning soldier (Dennis Morgan), mayhem and hilarity ensue.

Is there anything more relatable than family drama during the holidays? The matriarch of the Stone family (Diane Keaton) and her husband (Craig T. Nelson) live in the fictional town of Thayer, Massachusetts. Every year their adult-children travel home for the holidays, but this year, the eldest son, Everett (Dermot Mulroney), invites his uptight, soon-to-be fiancé Meredith (Sarah Jessica Parker) to accompany him. The family tries their best to welcome her, but misunderstanding, underlying family secrets, and inconvenient feelings get in the way. Desperate to have someone on her side, Meredith begs her sister (Claire Danes) to join her at the Stone’s home. Will the beautiful messiness of this family tear them apart or ultimately bring them closer together?

On Christmas Eve Jim Hardy (Bing Crosby) announces his retirement from New York City showbiz. He intends to move to a small Connecticut farm and marry his sweetheart, Lila. His plans are dashed when he learns that Lila (Virginia Dale) has decided to stay in New York City with one of his performing partners, Ted Hanover (Fred Astaire). Hardy moves to Connecticut anyway. He learns that farming is hard and doesn’t suit him. A year later, he decides to open an entertainment venue called the Holiday Inn. The Holiday Inn will only open during holidays. Back in show business, Hardy crosses paths with his former partner and relationships are tested. Irving Berlin’s “White Christmas” first appeared in this film and garnered him an Oscar for Best Original Song.

Yes, I know that Whoville is not in New England, but How the Grinch Stole Christmas was written by Dr. Seuss (Theodor Seuss Geisel), who was born and raised in Springfield, Massachusetts. Two New England Christmas movies in one: The 1966 cartoon version of the book is still an often-aired classic today, and the 2000 remake, starring Jim Carrey as the Grinch, is a fun live-action rendition of the story. The Grinch is a lonely character who lives on top of a high mountain above the small town of Whoville. The town’s people love to celebrate Christmas. The Grinch despises their holiday spirit. His two-sizes-too-small heart convinces him to steal Christmas. Can the Grinch overcome is anger and find the joy of Christmas before it is too late?

White Christmas is one of the most classic New England Christmas movies. Despite being filmed on Hollywood studio lots, the film is set in the fictional town of Pine Tree, Vermont, and it successfully conveys a New England aesthetic and atmosphere. Two recently-returned-home soldiers, Captain Bob Wallace (Bing Crosby) and Private Phil Davis (Danny Kaye) pair up with the sister-act of Judy (Vera-Ellen) and Betty (Rosemary Clooney) to save the Columbia Inn in the snow-starved town of Pine Tree. Full of show-stopping dance numbers and classic Irving Berlin songs, such as the famous “White Christmas,” a holiday viewing of this film is a must!

Which is your favorite New England Christmas movie? Let us know in the comments below!