On the list of official Maine symbols, you’ll find wild blueberry pie and whoopie pie right up there with white pine, lobster, and moose. But the state’s salute to these traditional baked goods only hints at the mouthwatering options coming out of Maine ovens these days. This is especially true in Portland, whose top bakeries are turning out breads and pastries that rise to any occasion. From earthy-fragrant rustic loaves to plump, chewy bagels to scrumptious cookies and cakes, taste why our favorite Portland, Maine, bakery destinations keep us coming back for more. 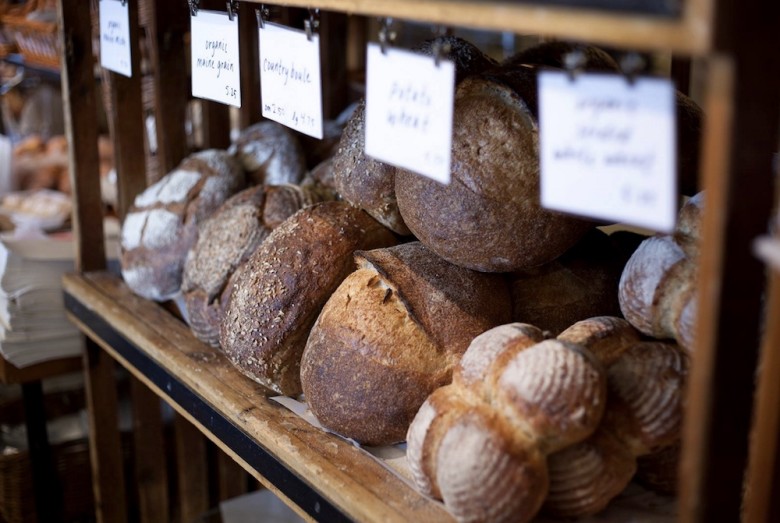 The artisan loaves and pastries at this longtime Portland landmark are inspired by European tradition, and one bite of its famed hand-rolled croissants — recently named by Food & Wine as one of the nation’s best — will tell you nothing has been lost in translation. From a humble two-person operation that baked baguettes for one restaurant (the esteemed Street & Co.), wife-and-husband owners Alison Pray and Matt James now oversee some 40 employees at their bustling bakery, located in an old brick warehouse on Commercial Street. Here you’ll find ultrafresh bread of every shape, size, and style, from rosemary focaccia to the dense German rye bread vollkornbrot to an organic French-style miche made with Maine-grown whole grains. There are more decadent options, too, with classic cookies and brownies sharing the spotlight with their European cousins (madeleines, galettes, etc.). Be prepared for a line when you go, however: Adding to the bakery’s already high profile is the fact that Pray recently notched her second James Beard Award nomination. 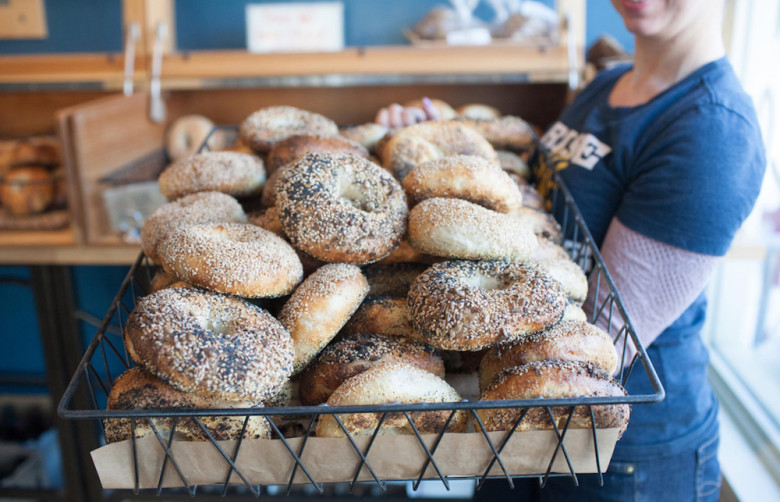 If this bakery churned out nothing but its beloved bagels — which recently emerged as the hands-down winner of a Portland Press Herald bagel taste-off — it would have done itself proud in the eyes of local foodies, who have flocked to this South Portland shop in such numbers that Scratch had to put a limit on how many bagels each of its fans could buy (currently two dozen). The pillowy, crispy-crusted bagels come in half a dozen flavors, including an addictive Maine sea salt version, and every one is hand-cut, rolled, boiled, and then baked in Scratch’s stone hearth deck oven. But wait, there’s more: The bakers here are also deft with everything from hearty loaves and slab pizza to muffins and cinnamon rolls. Plus, they keep a dessert case stocked with such goodies as lavender caramel cream puffs and coconut cream cake. On deck for spring 2017 is the opening of a separate “toast bar”/coffee outpost where Scratch patrons can enjoy bagels or slices of bread slathered with toppings; keep an eye on the website for updates. 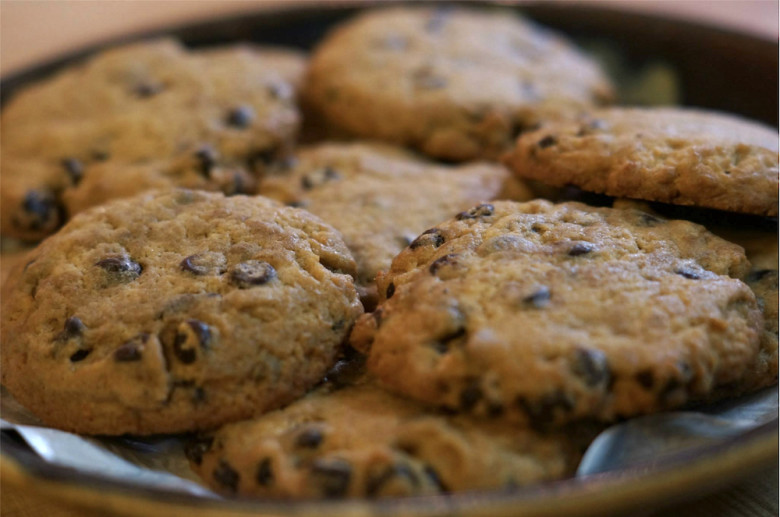 Take a cue from the plump feline mascots of this little India Street bake shop — who look as though the word “diet” has never fallen upon their furry ears — and don’t give a moment’s regret to indulging in one of the sugary masterpieces inside. There are velvety cakes and flaky pastries and oh-so-moist pies aplenty, with the changing of the seasons frequently bringing new flavors into rotation (raspberry peach pie in summer, pumpkin chocolate chip cookies for fall). A three-time “best cookie/cupcake” winner in the Portland Phoenix all-city awards, Two Fat Cats is particularly known for its version of that official Maine treat, the whoopie pie. If that’s what you’re after, though, be warned that it tends to sell out fast (there is a reason, after all, that it was featured on a TV show called The Best Thing I Ever Ate). 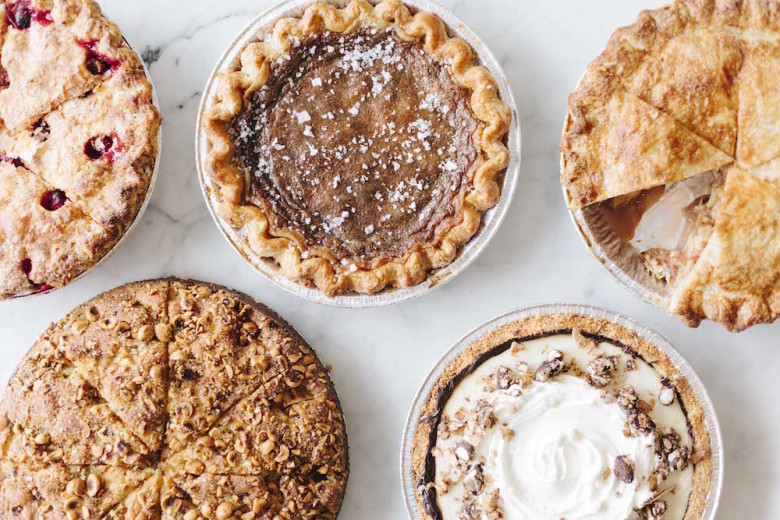 When faced with a particularly delicious-looking scone, slice of pie, or the like, you may well feel the urge to scarf it all down immediately. A good cup of coffee, though, can put on the brakes and encourage a more lasting kind of enjoyment. That’s why our list of favorite Portland, Maine, bakeries had to include Tandem Coffee + Bakery, which pours coffees from its award-winning roasting operation alongside terrific house-made baked goods. Tandem opened a café and roastery in 2012 in East Bayside, then upped the ante in 2014 with this second, bigger location, where pastry chef Briana Holt’s creations share equal billing with the coffee. The result? A spot on Bon Appetit’s list of the 50 best new restaurants. Innovative bakery offerings here have included cranberry pie topped with a buckwheat sage crumble, white chocolate ginger cookies, and a cream cheese–stuffed “everything” scone that borrows its mixed-up-flavor appeal from bagels while keeping its classic airy texture. 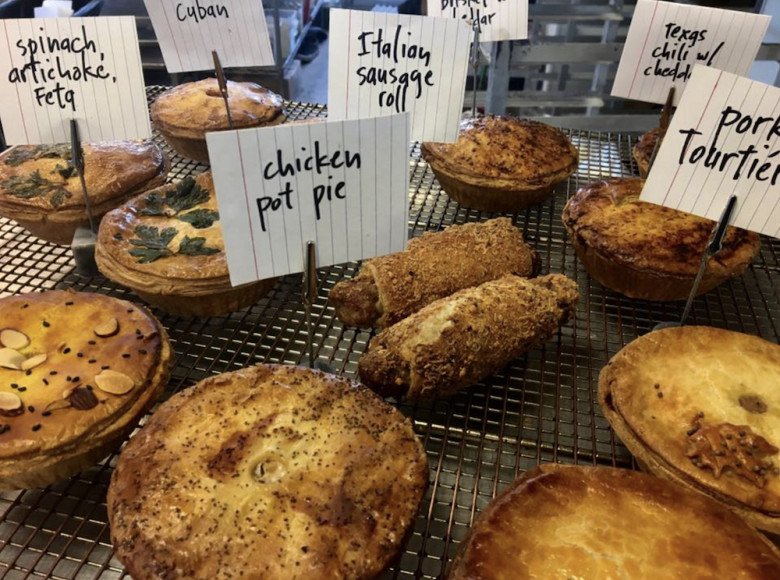 While our go-to list of Portland, Maine, bakeries is heavy on ways to get a sugar high, we’d be remiss not mention the down-to-earth pleasures of savory baked goods. And in this category, the name to know is Little Bigs, founded in 2013 by wife-and-husband team Pamela Fitzpatrick Plunkett and James Murray Plunkett. Their superbly flaky, buttery hand pies encompass both the traditional (Cornish pasty, chicken pot pie) and the adventurous (Thai curry chicken, Cuban pulled pork)and make for a stick-to-the-ribs meal on the go. Of course, Little Bigs has a sweeter side, too: Look for doughnuts like the Boston cream stuffed with almond custard and the maple-glazed cruller with bacon, plus mini fruit pies, cinnamon rolls, and more.

Do you have a favorite Portland, Maine, bakery destination? Let us know!