I’ve been on the New England seafood trail intensively for the past seven summers, and I’ve had more wonderful gustatory experiences than anyone can reasonably expect in a lifetime. It recently occurred to me that with the continuing surge in popularity of lobster rolls, the experience of devouring a whole boiled or steamed lobster in its shell is being eclipsed and often overlooked. This is not as it should be. I firmly believe that eating a whole lobster dinner beats a lobster roll any day of the week. Want to know why? Read on. 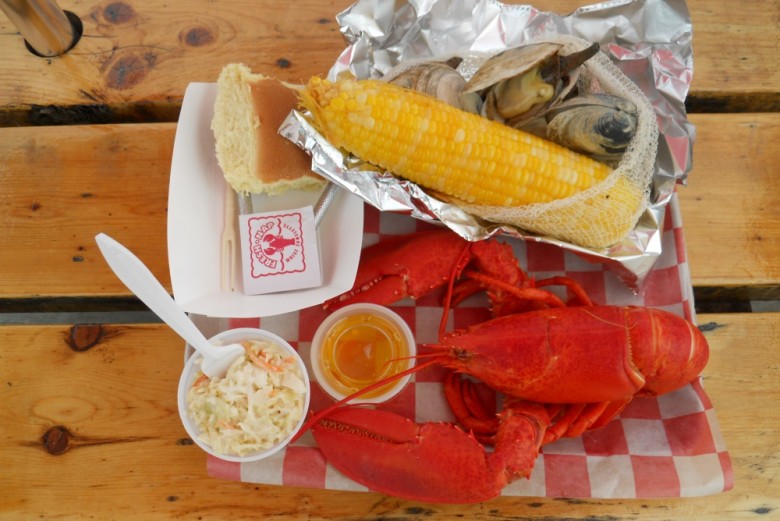 A typical shore lobster dinner, featuring a whole lobster with all the trimmings.

A boiled or steamed lobster is as fresh as lobster gets. The trip from pot to plate usually takes a matter of minutes, allowing very little time for the lobster meat to age. By contrast, the meat in your lobster roll may be “fresh-picked,” but chances are it’s been out of the shell (which had sealed in its flavor) for hours and perhaps days.

Dismantling a whole lobster and extracting the sweet, salty meat can be a lot of work, but it’s also a lot of fun — if you are persistent and have the right attitude. You need to square off against your crimson foe, remove and crack the claws, wrestle out the tail meat, extract the knuckle meat with your pinky or a poker, coax out sweet bits of lobster from the legs using your teeth, and nibble on the tomalley, roe, and any other innards that may appeal to you. It’s messy, but with a bib, claw crackers, a poker, and plenty of napkins, you’re in for a great feast with family and friends.

Much as I like buttered, toasted, split-top New England buns, let’s face it: The bread gets in the way. Lobster is meant to be gorged upon, not nibbled around the edges, as is the case with a neatly packaged lobster roll. Roll up your sleeves and dig in for the entire whole-lobster experience!

The side dishes are better.

A lobster roll typically comes with a bag of chips, perhaps a pickle, and not much else. With a whole lobster, corn on the cob, salt potatoes, chowder, steamers, and coleslaw are de rigueur — all part of the lobster dinner experience. 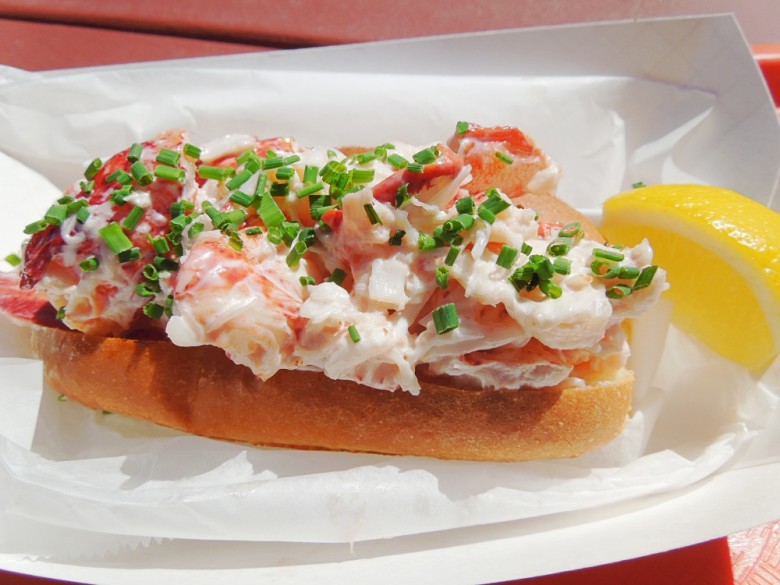 The Maine-style lobster roll at Bite into Maine in Cape Elizabeth, Maine.

The butter is the bomb.

Dipping big chunks of steaming hot lobster meat into small plastic containers of warm, melted butter (which often runs down your chin) is a transcendent experience.

All this is not to say that I don’t enjoy a good lobster roll. I’ve had hundreds of them, and nearly every one has put a smile on my face. But what really sends me into orbit is a freshly cooked, bright red lobster with all the trimmings in a sunny New England seaside spot in the middle of summer. Viva the lobster dinner! 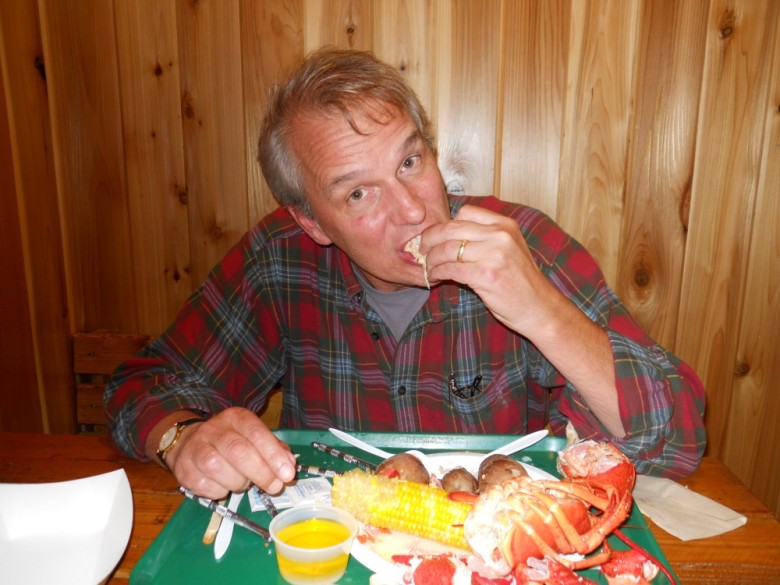 The author, falling upon a freshly cooked lobster.

Mike Urban is the author of Lobster Shacks (Countryman Press, 2016) and a regular contributor to NewEngland.com.

The post 5 Reasons Why the Lobster Dinner Is Better Than the Lobster Roll appeared first on New England Today.