In-season or off-season, the island of Nantucket is one of New England’s premier bucket-list destinations. Beaches, quiet beauty, great shopping, delicious food — it’s all here on this tiny Massachusetts island. And fortunately for its visitors, there’s a bevy of Nantucket hotels to choose from.

Where to stay? Below is a roundup of some of our favorite Nantucket hotels and inns. 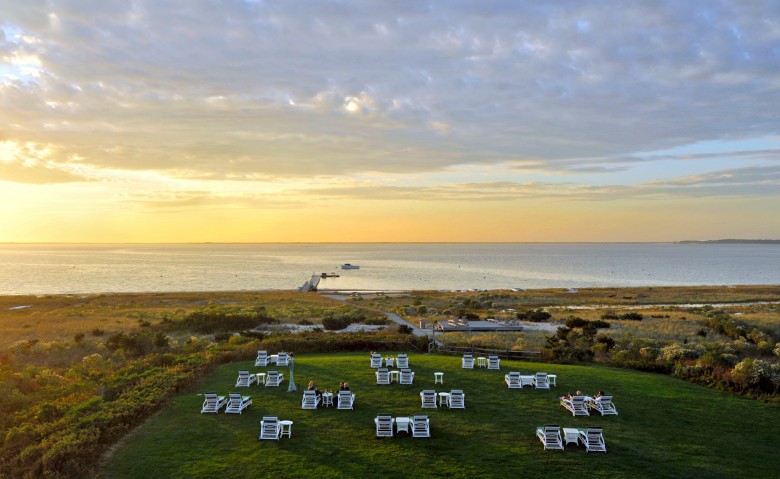 Courtesy of The Wauwinet

Named after the chief of the Indian tribe that once made the eastern end of the island their home, this Relais & Châteaux property features 32 boutique guest rooms and four additional cottages. The food and scenery play starring roles at this historical spot, which first welcomed guests in 1875 and is located on the edge of the Great Point Wildlife Sanctuary. From your seat at Topper’s restaurant, gaze across the pristine lawn to a beach sunset as you dig into foie gras with apricots, sauternes, and Marcona almonds. Named a 2017 Yankee Editors’ Pick for “Best Inn for Foodies.”

Chapman House at the Veranada House

Over the past several years the Lark hotel group has refurbished and brought back to life several hotels across New England. Among them is Chapman House, whose 11 guest rooms sport a breezy contemporary decor inside a circa-1830 building in a leafy neighborhood just a three-minute walk from the Nantucket Whaling Museum. Right next door are two stylish sister properties: the 18-room Veranda House, set in a grand 1684 structure, and the cozy three-room Arbor Cottage. Named a 2013 Yankee Editors’ Pick for “Best Boutique Lodging.” 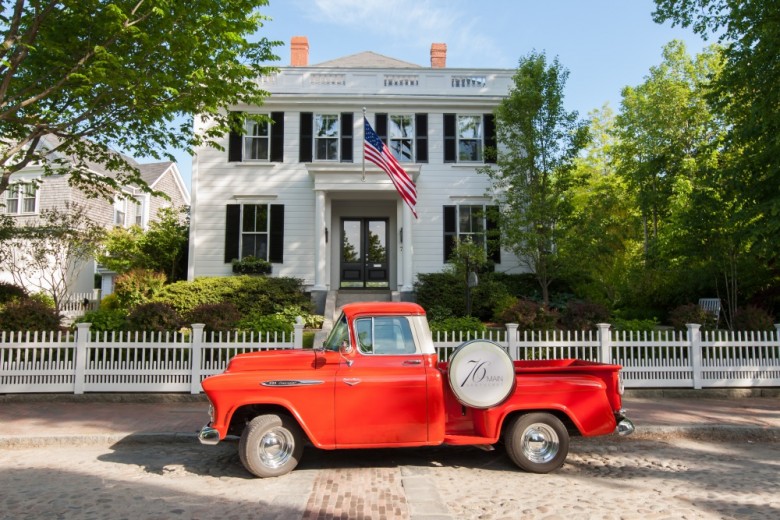 Another Lark property, this boutique beauty is centrally located in the heart of downtown. Sensitive restoration has maintained the Nantucket authenticity of this former sea captain’s home while making way for the comforts and technology that 21st-century guests expect. A courtyard with fire pits has a BYOB cocktail mixer bar, and an on-site café can steam lattes and cappuccinos to order. Named a 2015 Yankee Editors’ Pick for “Best Island Inn.”

Uber-chic guest rooms and nautical-tinged decor by award-winning Manhattan design firm Roman and Williams. A cocktail list curated by star Boston barman Jackson Cannon. A laid-back fine dining restaurant (open year-round, by the way) helmed by Michelin-starred chef Marcus Gleadow-Ware. Amenities galore, including beach supplies on demand and bath and beauty products from the likes of Ursa Major and island favorite Follain. No wonder this inviting 16-room inn is set in what was once a doctor’s home practice: It’s a modern shot in the arm for Nantucket’s bed-and-breakfast scene. Named a 2018 pick for “Best Island Lodging.” 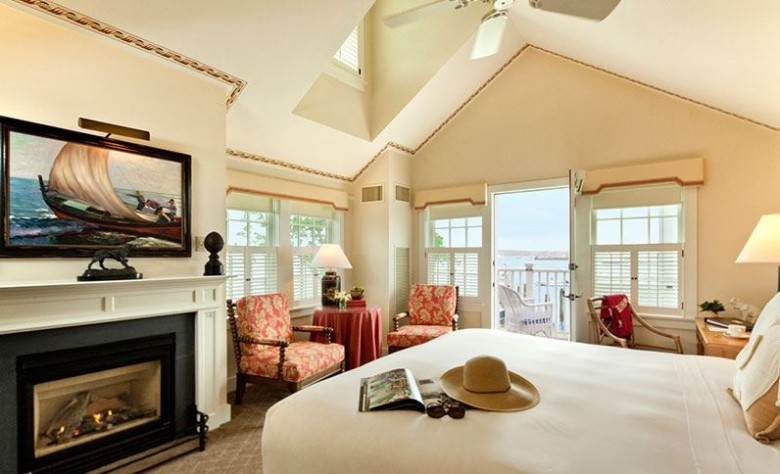 Courtesy of the White Elephant Inn

Expect luxury in a waterside setting at this sophisticated hotel, which first opened its doors in the 1920s. The White Elephant hotel features 67 guest rooms, garden cottages, and in-town lofts that cater perfectly to large families. Don’t miss the afternoon port and cheese tastings, and cocktails at the property’s Brant Point Grill are a must. Named one of the “10 Best Seaside Inns in New England” by Yankee. 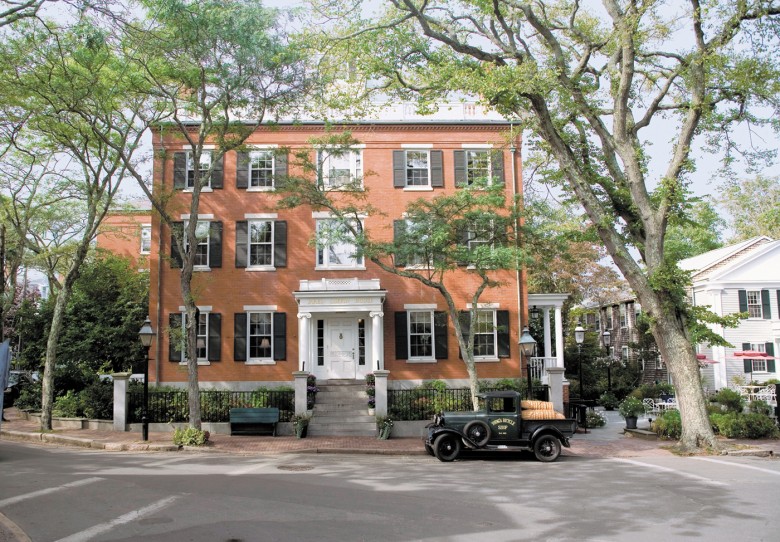 Courtesy of the Jared Coffin House

Part of the charm of Nantucket is that you don’t need a car to explore it. And a stay at the 1845 Jared Coffin House puts you within easy walking distance of all the island action. The mansion was built for Jared Coffin, one of the island’s most successful ship owners during its heyday as the world’s whaling capital. Today, restaurants, shops, and, yes, water views are all at your doorstep here.

Another TripAdvisor winner, Union Street was named the best small hotel in the United States in 2017 by the powerhouse travel site. Housed in a 1770 whaling captain’s home (it’s Nantucket, so, um, of course), Union Street serves up cooked-to-order gourmet breakfasts (eggs Benedict and artisan breads, for example) and features 12 rooms, all with private baths. 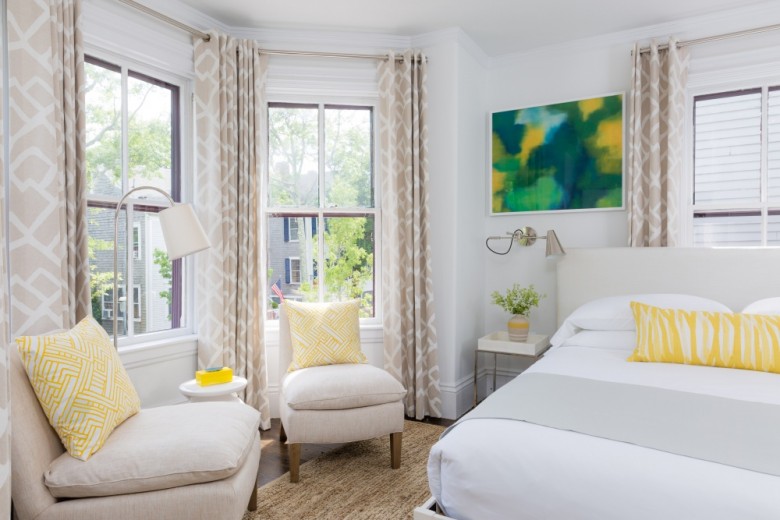 Oh, how we love you, hotel amenities, and this Lark-owned boutique property offers an assortment of them, including a backyard firepit. For those who want their island vacation to include next-level relaxation, there’s a steam room and spa, as well as vitamin C showers in each of the 27 guest rooms.

In 2012, owners Mark and Gwenn Snider renovated this longtime landmark, which first opened its doors in 1890. The hard work paid off: In 2017, TripAdvisor named the Nantucket Hotel & Resort the top hotel in the United States and placed it 16th in the world in its annual Travelers’ Choice Awards. Guests enjoy luxury accommodations in their choice of one- to four-bedroom suites and one- and two-bedroom private cottages.

Which Nantucket hotels would you add to the list?

The Easiest Brown Bread in a Can Recipe