The pastry and pasta station at Mida restaurant in Boston is a small, tidy, dimly lit corner carved out of a subterranean kitchen. When chef-owner Douglass Williams stands at the counter where he makes his doughs, there’s perhaps eight inches between his head and the ceiling. Across the room, the commercial dishwasher clatters; line cooks bound up and down the stairs. But this spot is a sanctuary, the calm amid the storm of a busy restaurant, which itself has become a spot of calm amid the Covid-related chaos that has devastated independent restaurants and left countless workers unemployed.

Of all the years for a chef to achieve national recognition, 2020 ended up being Williams’s. Last May, Food & Wine named him one of the country’s 10 best new chefs, calling Mida “a temple to carbohydrates.” It sang the praises of Williams’s pasta craft, which he learned at culinary school in his home state of New Jersey but mastered while working his way up through such kitchens as Boston’s award-winning Coppa and Radius restaurants. With the Food & Wine nod, a good-news-starved media phalanx beat a path to his door. And though quarantine and temporary closures hit the bottom line, Mida was lucky enough to have its neighborhood rally around it, even before the rest of the country took an interest. 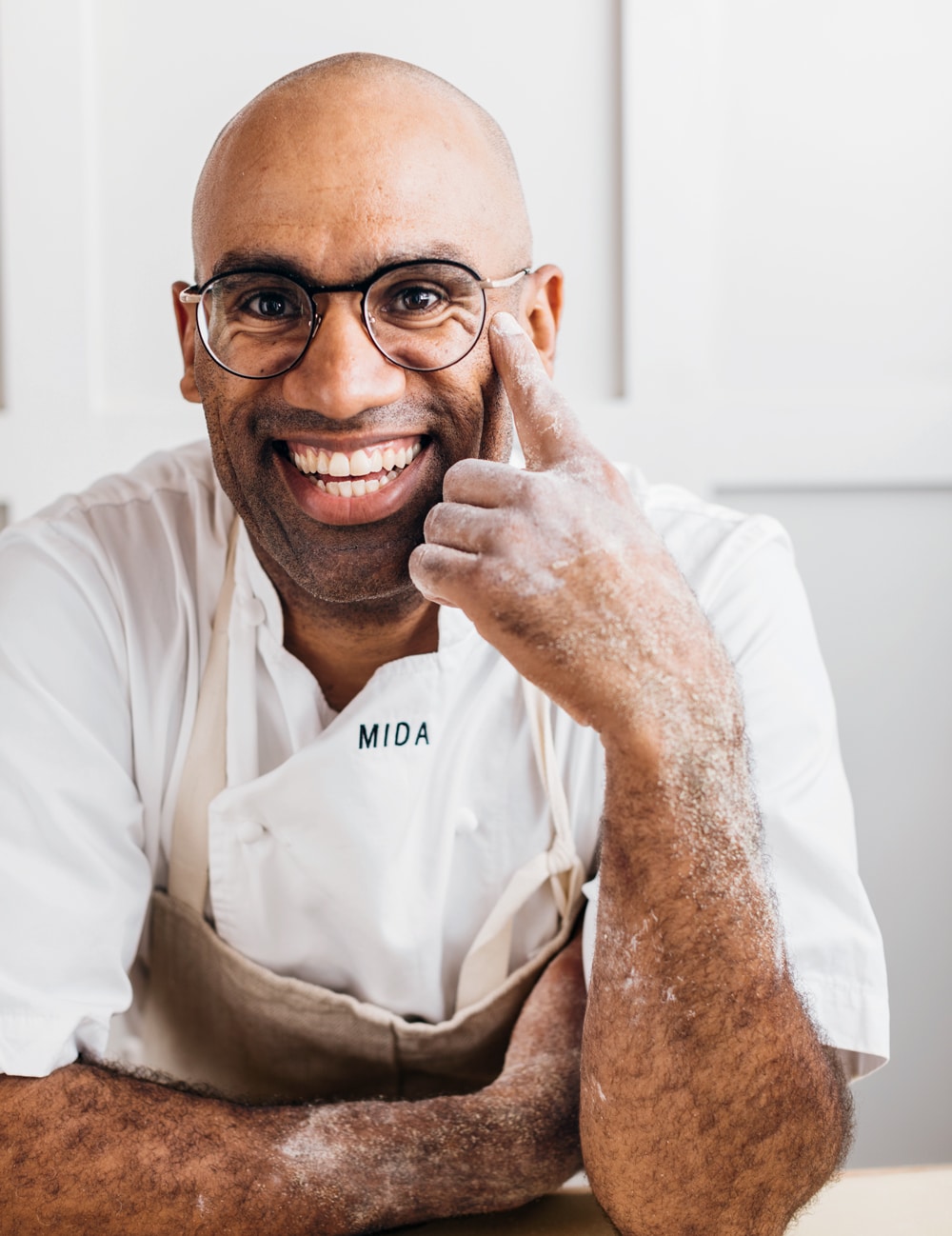 Mida chef-owner Douglass Williams took his restaurant’s name from an Italian phrase for “he/she gives me,” which he says fits the spirit of generosity he hopes Mida embodies.

Mida sits on the corner of Massachusetts Avenue and Tremont Street, which puts it between two economically and racially distinct neighborhoods: the South End and Lower Roxbury. Since Mida opened in 2016, its dining room has stood out as one of the most diverse in the city, a frustratingly rare phenomenon in Boston. So with customers to feed, interviews to grant, and Covid precautions to devise, Williams finds his problem now is not struggling to survive as much as it is learning how to juggle it all. He is a warm person, a born nurturer, but his brain is always in fifth gear, solving logistical puzzles, putting out fires, scouting new opportunities.

The pasta kitchen is where he finds his peace. Cooking, like sports or dance, is an embodied profession. Spatial awareness is critical—in how you move in a tiny kitchen, or position meat on a crowded grill. Then there’s the muscle and sense memory of working with dough. The brain downshifts. “The whole outside world beyond the table just disappears,” he says. “You’re trying to have your fingertips read the pasta and act as your eyes. All that has a meditative quality. I don’t outsource the pasta making, because the reason I opened Mida is that I wanted to teach pasta. To please people and to make people feel welcomed. It’s the need to make something that comes from my hands and from my heart.”

Williams chose the following recipes with both pasta newbies and experienced cooks in mind. Start with the gnocchi, which are very simple and quick to mix and roll out, even on a weeknight. The orecchiette are more of a weekend project, but they don’t require any special equipment. Finally, the pan-fried polenta with honey and Gorgonzola isn’t really pasta at all, but it is a signature dish and it’s wonderful. 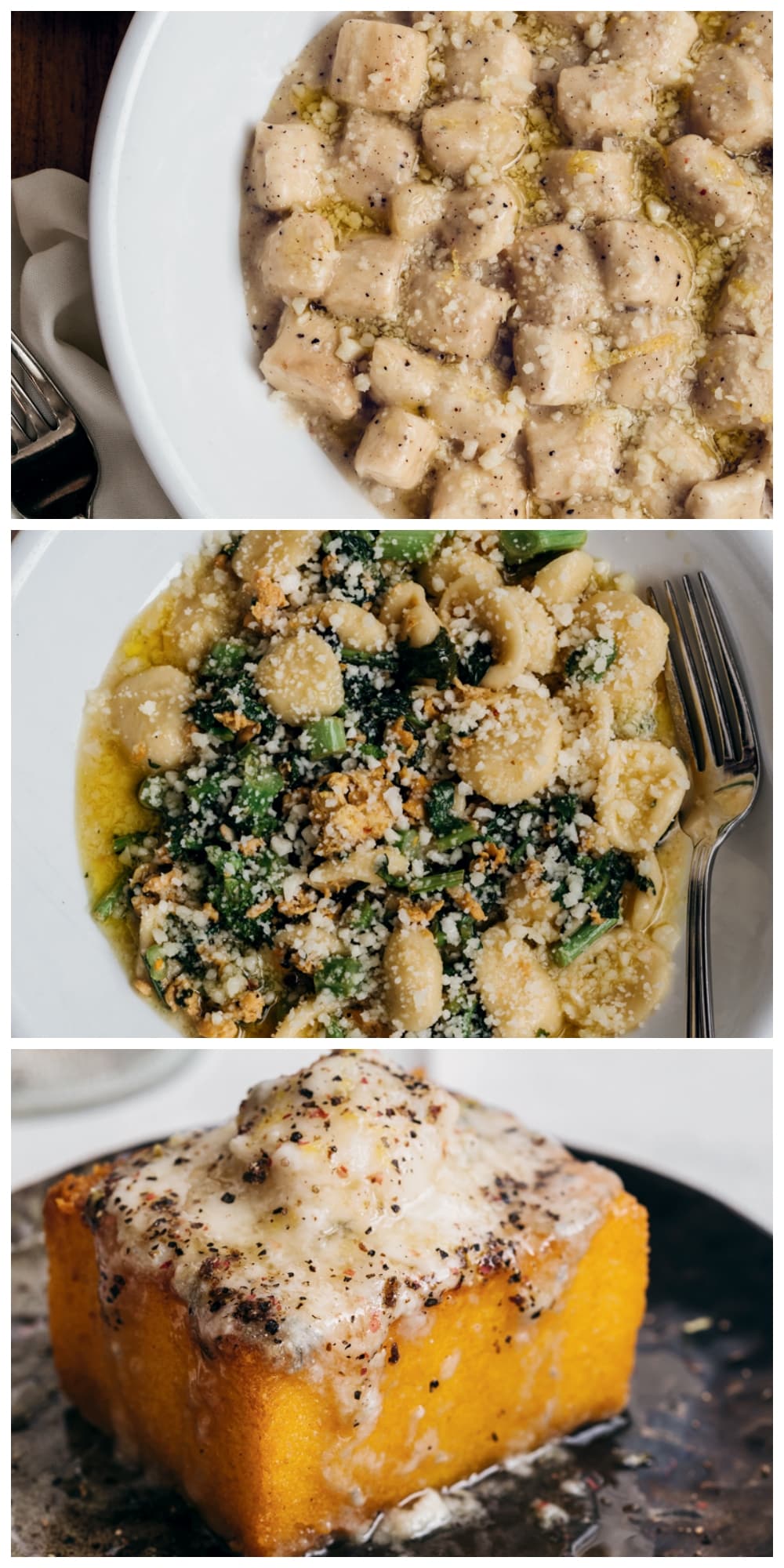 Top to Bottom: Ricotta Gnocchi Cacio e Pepe, Orecchiette with Sausage and Broccoli Rabe, and Polenta with Gorgonzola and Honey

Orecchiette with Sausage and Broccoli Rabe

Polenta with Gorgonzola and Honey

Spear of the Realm | First Light

Americans of All Stripes Are Flush With Cash