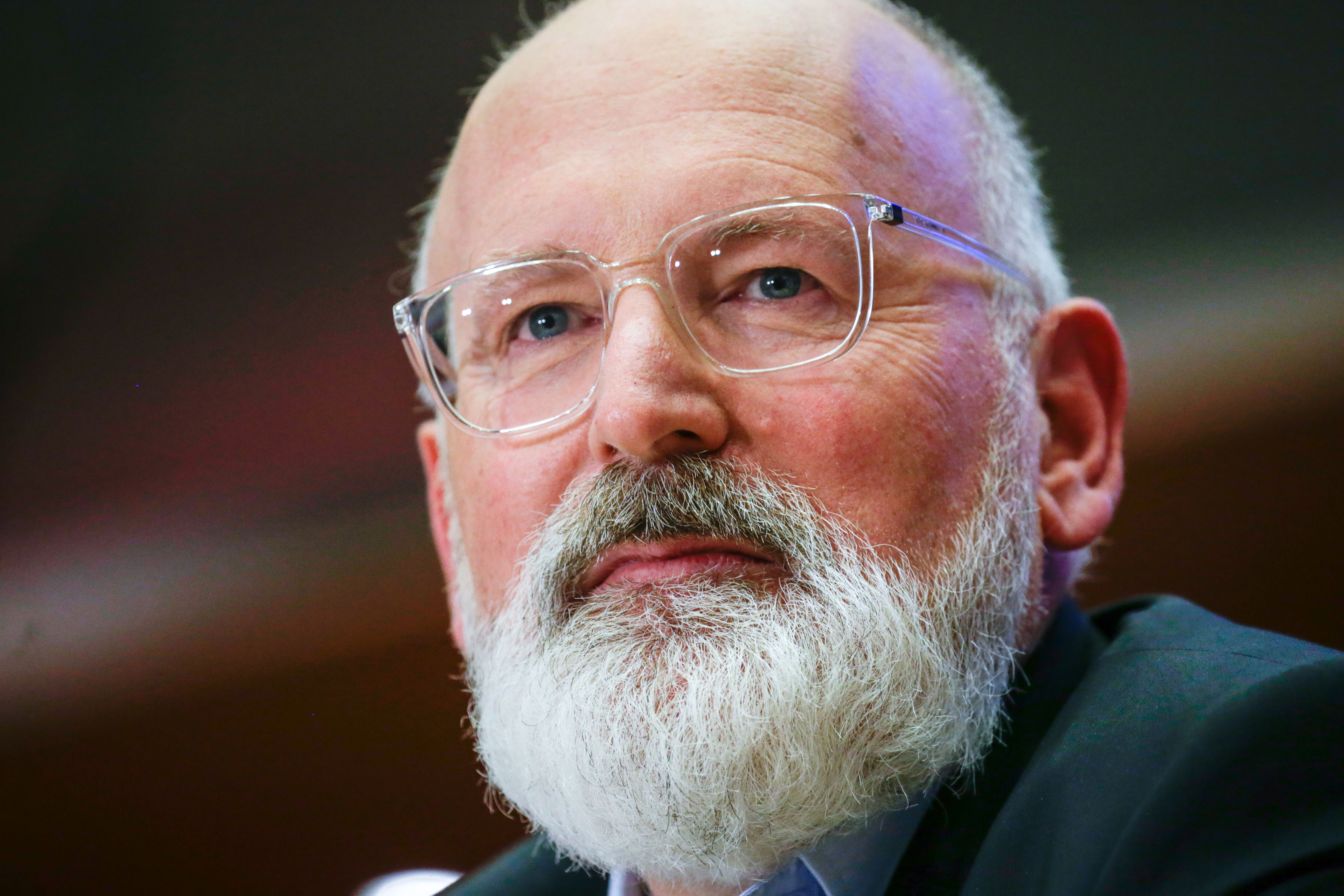 Timmermans, the first vice president, who ran for the EU’s top job as the Spitzenkandidat or lead candidate of the Party of European Socialists and seemed within inches of clinching the job before the European Council rejected him, will in fact get to serve as Bossman of the Berlaymont.

But his stint will only be for about two weeks, and only in a narrowly prescribed caretaker role.

Timmermans will take over as acting president when Jean-Claude Juncker is admitted to hospital for surgery on Monday, and he will hold the post until Juncker returns to work, which is expected near the end of the month, though that could also be the end of Juncker’s term if the European Parliament manages to confirm Ursula von der Leyen’s final three commissioner nominees.

Timmermans and Juncker met on Friday to prepare for the presidential turnover. While Timmermans will chair the regular meetings of the College of Commissioners, no dramatic moves are expected.

Timmermans’ ascent to the top job creates an awkward moment in his already somewhat awkward relationship with von der Leyen.

And even his caretaker role is limited to the EU’s internal affairs; Federica Mogherini, the high representative for foreign affairs, will carry out Juncker’s duties for the purposes of external representation — in accordance with the line of succession decision that was enacted when the Commission first took office in November 2014.

However limited the role or bureaucratic the procedure, Timmermans’ ascent to the top job creates an awkward moment in his already somewhat awkward relationship with von der Leyen, the former German defense minister, who was chosen over Timmermans by the EU’s heads of state and government, despite not having campaigned for the post.

In picking her, the leaders set aside the Spitzenkandidat process that envisioned the selection of the lead candidate of one of Europe’s major political families. While von der Leyen’s conservative European People’s Party family had the highest number of seats in the European Parliament election, the leaders on the European Council did not support the conservative Spitzenkandidat, German MEP Manfred Weber.

A spokesman for von der Leyen declined to comment, noting the temporary stand-in process simply reflected the normal functioning of the Commission.

And yet, normal or not, it does mean Timmermans will hold the presidency before von der Leyen, even if he can’t push ahead with any ambitious agenda.

Timmermans and his fellow social democrats have made little secret of their disappointment about not getting the EU’s top executive job. And this week, they have complained that the political balance they had been promised in the new Commission, in which Timmermans is to serve as first executive vice president, also appeared to be slipping away in favor of too much power for conservatives.

That Timmermans and Mogherini, a fellow social democrat, will get to run the EU for two weeks is unlikely to console them.

Spain Cracks Down On Outdoor Drinking, Smoking In Renewed Push Against COVID-19

How Should I Cover My Face? A Deeper Look Into Neck Gaiters And Face Shields