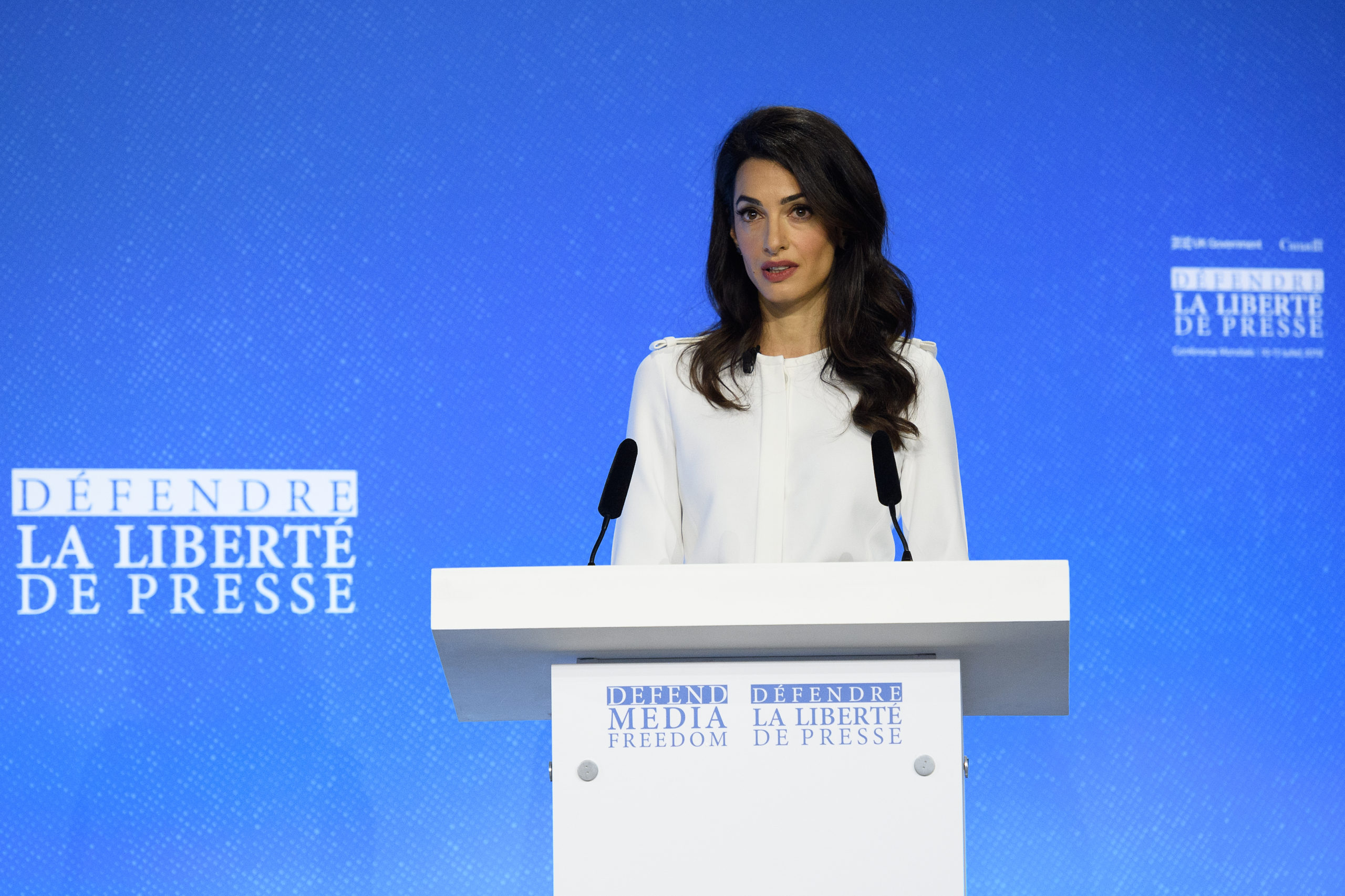 Human rights lawyer Amal Clooney on Friday quit as the U.K.’s special envoy on media freedom because of Boris Johnson’s plan to break international law by overriding parts of the Brexit Withdrawal Agreement.

She said the decision to “violate” an international treaty was “lamentable.”

Clooney resigned from the role in a letter to Foreign Secretary Dominic Raab, in which she said she was “dismayed to learn that the government intends to pass legislation — the internal market bill — which, if enacted, would, by the government’s own admission, ‘break international law.’”

She added: “Although the government has suggested that the intended violation of international law is ‘specific and limited’, it is lamentable for the UK to be speaking of its intention to violate an international treaty signed by the prime minister less than a year ago.”

Clooney said she was “disappointed” to have to resign “because I have always been proud of the UK’s reputation as a champion of the international legal order, and of the culture of fair play for which it is known. However, very sadly, it has now become untenable for me, as special envoy, to urge other states to respect and enforce international obligations while the UK declares that it does not intend to do so itself.”

Johnson’s legal officer for Scotland, Richard Keen, and the head of the U.K. legal department, Jonathan Jones, have resigned for the same reason.

The EU has threatened legal action should the U.K. persist with its plans to implement the Internal Market Bill, which contains provisions to override parts of the Northern Ireland Protocol section of the Brexit deal, in areas relating to state aid and the movement of goods from Northern Ireland to the rest of the U.K. after the end of the post-Brexit transition period.