It’s a comfort food dish with many names, but here in New England, a concoction of noodles, seasoned beef, and tomato-y goodness nearly always goes by one name and one name alone — American Chop Suey. In researching ACS I learned that it goes by by a slew of other names across the country (from Goulash to Chili Mac to Macaroni Red) but while the names may differ, the spirit of the dish remains the same, making it a nationwide (if not uniformly known) favorite. 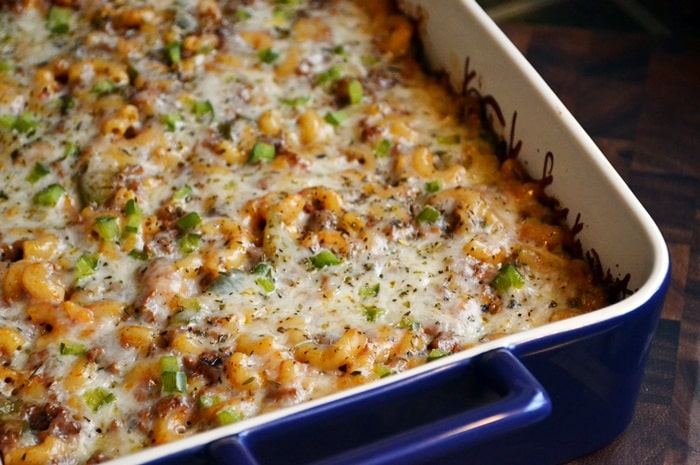 So what’s with the chop suey in American Chop Suey? According to The Encyclopedia of American Food and Drink, “chop suey” is a culinary phrase with Chinese origins, and dates back (in print, at least) to the late 1800’s. It’s thought to be a transcription of “tsa tsui,” which is Mandarin for “a little of this and that.” In time, “chop suey” became a dish containing a loose assortment of bamboo shoots, water chestnuts, celery, soy sauce, and either pork or chicken, which went on to become one of those Chinese-American dishes popular in Chinese restaurants stateside, but likely unfamiliar to a native Chinese diner. Later, another dish of muddled, cobbled ingredients and origins (this time Italian-American) would also carry the “chop suey” name.

American Chop Suey (and its brethren) is an easy, forgiving, and flexible dish, making it one of those meals most of us grew up with, from the kitchen table to the school cafeteria to the paper plate at the church or neighborhood potluck. Yes, this classic beefy-noodle dish can be “classed up” with homemade tomato sauce, fancier cuts of meat, or a handful of kale, but I suspect most of us want it just the way we remember – a quick and easy pot with the comforting blend of noodles, meat, and tomato sauce. ACS is such a New England classic that even Maine’s Stonewall Kitchen sells jars of American Chop Suey Sauce!

Today’s version mostly sticks with tradition, but since I’ve always found a layer of melty cheese to be a thing of beauty, I decided to bake my chop suey in casserole dish the same way you would macaroni and cheese after it’s turn on the stovetop. 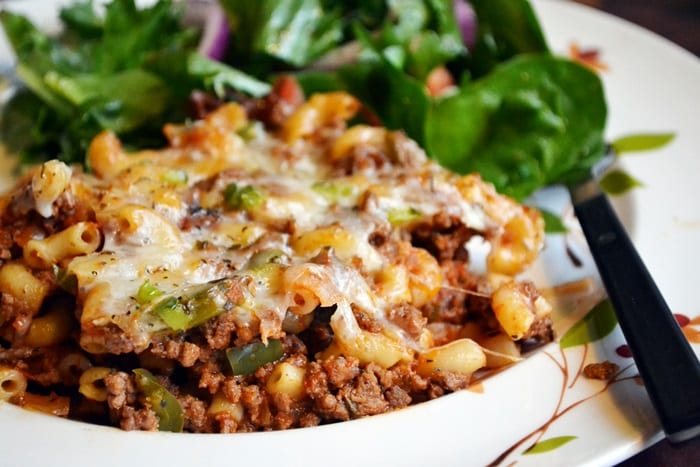 If you prefer to ladle it out of the pot instead, by all means have the recipe end up in a large pot or Dutch oven on the stove rather than a bowl, mix the cheese into the chop suey before serving, and then, for the heck of it, add another sprinkle before handing out bowls. When the cold weather hits in New England and spring is still months away, it’s these comfort food classics that warm us up.

Coronavirus: More New Cases Are Now Reported Outside China Than Inside