Have your favorite New England coastal towns been discovered by too many other ocean lovers? If so, consider escaping to one of these equally alluring under-the-radar spots. Like all online retailers worth their salt, we’ve got your “if you like that, try this” guide to New England’s coastline. You may never go back to a big-name seaside town again. 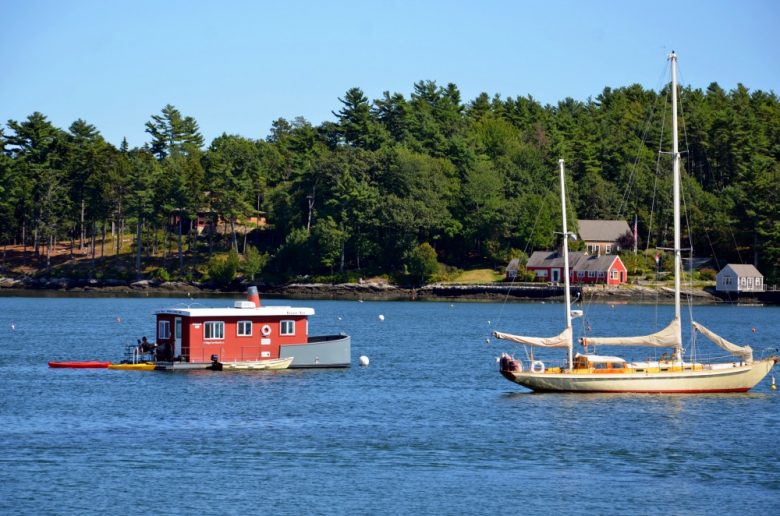 You know New England coastal towns like Camden, and Rockland, and Boothbay Harbor, and Wiscasset (because you’ve stood in line for an hour at Red’s Eats to get your hands on a lobster roll). But do you know Georgetown, an island connected to the coast via bridges? It’s a pity if your answer is no, because if you’re driving up to Maine from the south, you can reach this fairytale place sooner than the better-known Midcoast towns. Of course, now you do know to veer south in Bath, particularly if you’ve seized the opportunity to book a stay on a houseboat in Georgetown’s Robinhood Cove. You’ll be enchanted by the driftwood shacks that locals build on Reid State Park’s pristine beaches, and by the rich acoustics inside the Robinhood Free Meetinghouse when bands play on summer Saturday nights. Best of all: At picture-perfect Five Islands Lobster Co. (on our list of the 15 Best New England Lobster Shacks), you won’t wait an eternity for your crustacean fix. 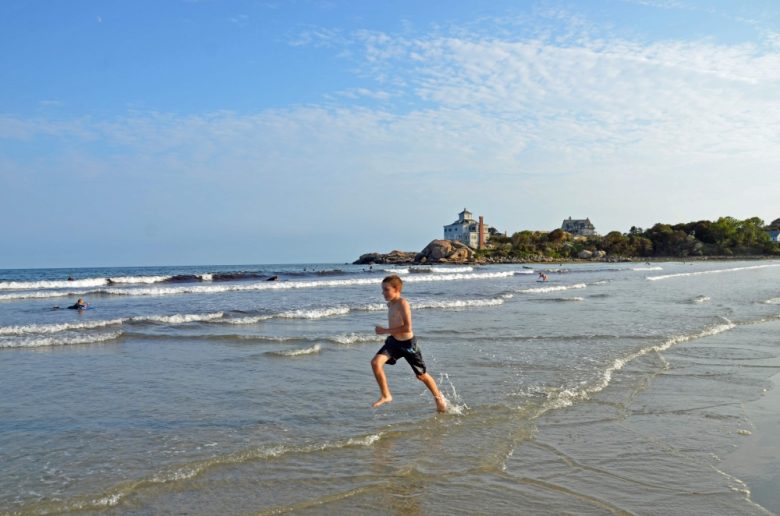 There will always be people who insist on going to Cape Cod in July and August. You can wave to them while you’re stuck in legendary traffic if you venture in that direction. Alternatively, you can save time and money by driving or catching a train north to Massachusetts’s other cape — Cape Ann — where Gloucester may surprise you. This rough-and-tumble fishing city has always had a gentle side, and its edges have softened even more of late. There’s a swanky boutique hotel downtown now, the Beauport, which even has a rooftop pool. And Gloucester beaches — Good Harbor, Wingaersheek, Half Moon, Cressy’s — are unspoiled and scenic. Artists sustain the spirit of the Rocky Neck Art Colony, founded in 1850, as they invite you into their inspiring galleries. And see how massive blocks of ice are created on a factory tour of Cape Pond Ice, a refrigerated attraction perfect for hot summer days and one unique to this working harbor town. 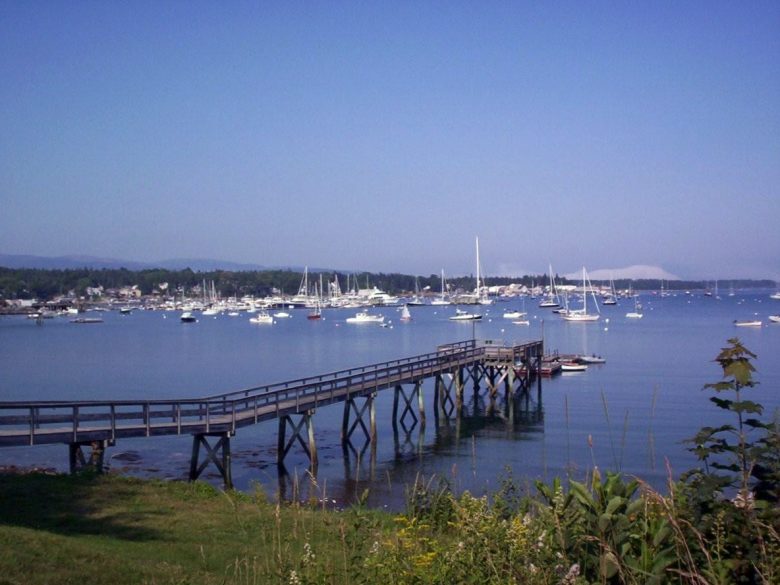 When it comes to New England coastal towns, Bar Harbor is such an obvious choice that visitors to Acadia National Park tend to overlook alternatives on the “quiet side” of Mount Desert Island. But Southwest Harbor, a classic Maine lobstering village, offers just enough touristy features to be Bar Harbor’s mini. Here on the sheltered west bank of Somes Sound, you’ll find a bustling Main Street lined with shops, inns, and restaurants; outfitters that rent bikes and kayaks; a lobster pier; and one-of-a-kind diversions like the Wendell Gilley Museum of bird carvings. The park’s main visitor center is a 25-minute drive away, but the Cranberry Cove Ferry sets sail practically from your doorstep. There’s no on-land spot that rivals the ferry boat’s views of Acadia’s mountains; no island better than Great Cranberry for a lobster roll–fueled day of cycling. 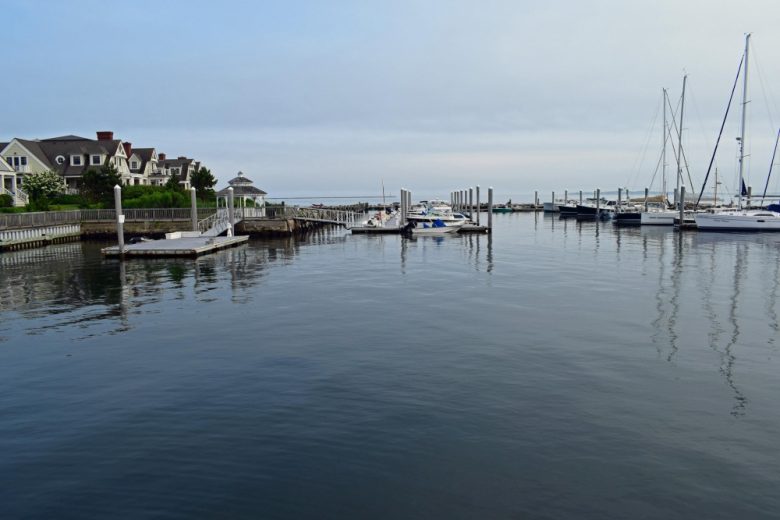 While next-door-neighbor Mystic hogs all the travel-guide cover shots, scrappy little Stonington stealthily dodges the spotlight. Get to know this walkable borough, however, and you’ll scratch your head a bit. The tiny beach here has lovelier views than Mystic’s, particularly at sunset. The restaurants and bars have to work a bit harder to lure tourists, and it shows in the quality of the food and service. There’s character in the antique residences and shops that line Water Street, and a sweeping, three-state view from the tower of the Old Lighthouse Museum. Plus, the local catch in Connecticut’s last commercial fishing port isn’t just fresh: Bomster scallops are a revelation, and Stonington Reds may be the best shrimp you’ve ever tasted. 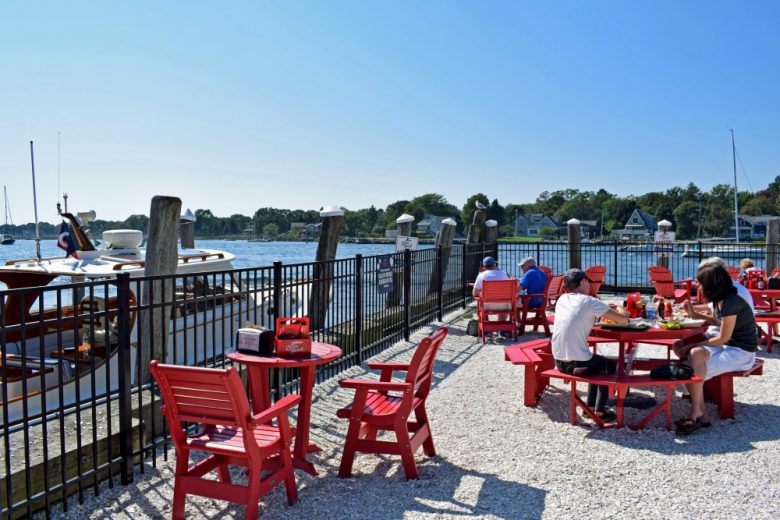 There’s a gritty authenticity to Warren, a blue-collar East Bay town that’s not really on the way to anywhere. That’s part of its appeal, but it doesn’t explain why this overlooked New England coastal town is now experiencing a culinary-driven renaissance. Why are some of the state’s coolest, edgiest chefs, like Metacom Kitchen’s Rick Allaire, opening up shop here? The fact is, there just isn’t the same red tape here for would-be restaurateurs as there is in Newport. For visitors, there’s no pressure to dress fancy and race about, taking in the sights. If funky arts and shopping scenes, a slower pace, and giant lobster rolls at waterside Blount Clam Shack all sound like your jam, you may never pay the Newport Bridge toll again.

Which alternative lesser-known New England coastal towns would you add to our list?

Coronavirus World Map: Tracking The Spread Of The Outbreak