Please note that businesses, attractions, and destinations throughout New England have been closed and/or canceled in response to the COVID-19 health crisis. Please travel responsibly, and check with individual state guidelines and businesses before making travel plans.

Sea glass unquestionably holds the title of the world’s most beautiful garbage. Thanks to the same waves and sand that create wonderfully smooth beach stones, pieces of glass that wind up in the ocean are often transformed into the kinds of polished, colorful gems that are treasured by collectors and artisans alike.

Because sea glass tends to be fairly lightweight compared with sea stones, it’s especially subject to the whims of tides and storms. A beach that has no sea glass one afternoon might be loaded with it the next; a beach that was a treasure trove might be bare the next day. There are few guarantees when it comes to finding sea glass, and — as we have to remind ourselves sometimes — that’s part of the fun. That said, here are a few of our favorite places to go hunting. 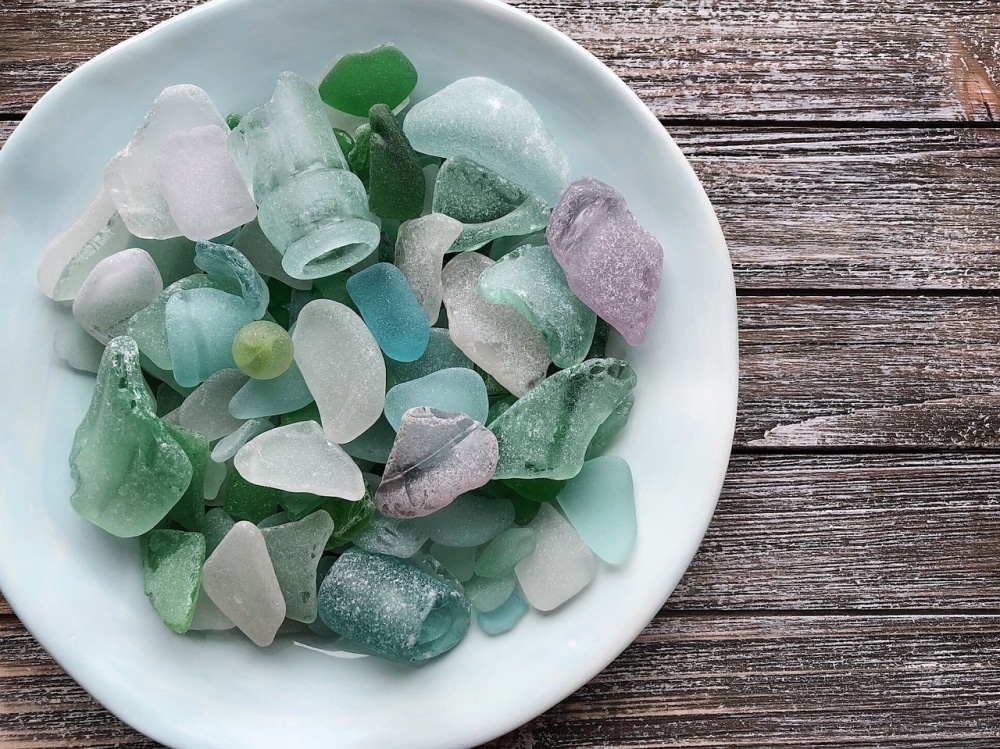 Sea glass comes in an infinite array of shapes and sizes.

The northward “hook” of the Cape Cod peninsula forms a catch basin for the ocean currents that push past Maine, New Hampshire, the North Shore, and Boston, making it a fertile area for sea glass. Located on the bay side of the Cape, Skaket Beach is a landing spot for many interesting gifts from the sea. The beach is popular and parking is limited, so summer access can be a challenge. But in addition to the sea glass, you’ll be rewarded for your efforts with some of the most picturesque sunsets on the New England coast.

A bit of planning is required to get out to this island, which is part of the city of Portland, but luckily the ferry runs on a regular schedule. Great Diamond is a beautiful island for walking and biking, and you’ll find a prolific sea glass beach near the Diamond Cove dock. Note: Before you go, be sure to consult with someone with knowledge of the island to determine which areas are public and which are private.

Benefitting from the same coastal currents as Skaket Beach, Race Point Beach is almost always awash in sea glass, with a proliferation of greens and blues. Because this and other beaches of the Cape Cod National Seashore are sandy, beach glass gets buried pretty easily and sometimes requires some uncovering. And, as with pretty much everything in Provincetown, accessing the beach can be challenging at the height of the summer season.

Protruding from the South Shore as it does, Hull is ideally positioned to capture debris that washes into the harbor and can’t get back out. The hunting is always good here, but it’s best just as the tide goes out, or following a period of rough water. Plus, the sunsets here rival those in Orleans — or anywhere in New England — and the historic Paragon Carousel is a charming throwback to days gone Nantasket is among the busiest beaches in Greater Boston, though, so plan accordingly. 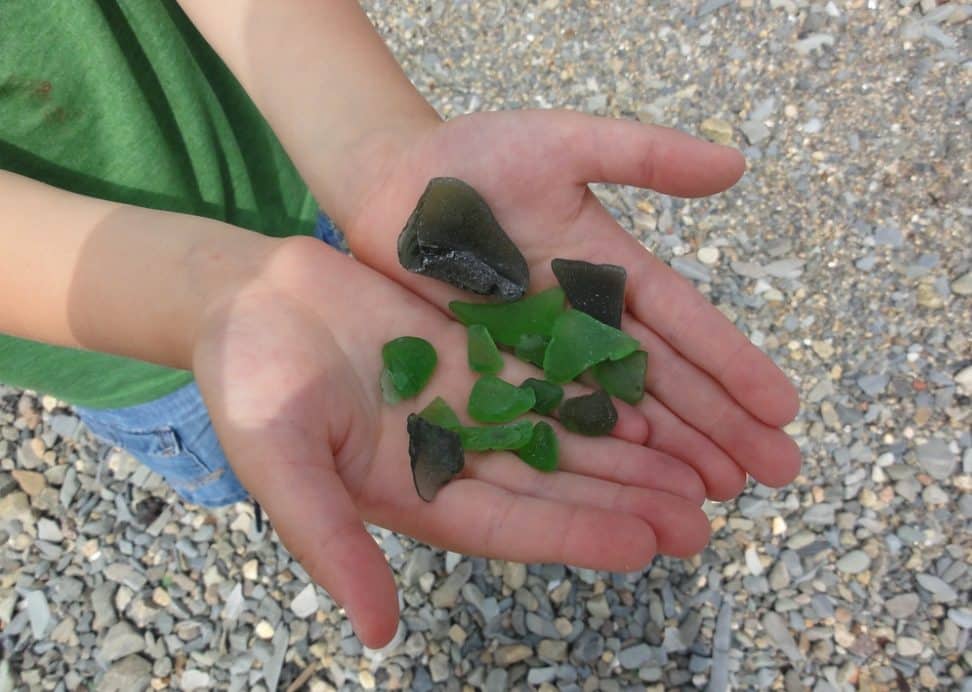 Sea glass is readily found on Spectacle Island, but be forewarned: While the best specimens can be taken the visitors center for display, removing glass from the island is, alas, forbidden.

There’s no need to wonder about how Boston Harbor’s Spectacle Island became a great place for sea glass. For decades, Spectacle was the city’s eyesore, a landfill that on windy days could be smelled from shore. But after being capped off with dirt from the Big Dig in the late 1990s and early 2000s, Spectacle has been reclaimed and transformed into a national park. For obvious reasons, it’s a marvelous place for finding sea glass, sea pottery, and other wave-worn treasures — but not for keeping it, since park rules prohibit its removal from the island. Still, searchers are encouraged to bring their best finds to the visitors center, where they may be added to the ever-evolving display.

The 48-acre Mowry Beach Preserve features a 1.2-mile beach that is sandier than most others on the northern Maine coast. Although not as dependable as some of the more southern New England beaches, Mowry often reveals some treasures at low tide (which also reveals stumps from a long-gone forest, a reminder of the ever-changing nature of the coast). While you’re here, make time to walk the wooden boardwalk that traverses the nearby woodlands, cattail swamp, and sphagnum bog.

Long Island Sound captures some interesting debris, and one of the best places for sea glass along this stretch of Connecticut shoreline is the beach at Bridgeport’s Seaside Park. Like all the other beaches on the Sound, however, Seaside draws plenty of visitors, meaning you’ll likely have competition in your treasure hunting.

Located south of Portland Harbor along Simonton Cove, and offering great views of the Spring Point Ledge Lighthouse, Spring Point Shoreway captures a respectable amount of sea glass — on a good day, it can even be bountiful. Our advice: About an hour before low tide, start from Willard Beach and work your way along the shore.

Do you have a favorite sea glass beach in New England? We’d love to hear about it!

What's Been Good for PCs Has Been Great for Google