Not too many years ago, the biggest challenge in creating a “Best Breweries in New England” list would have been finding a standout for every state. But these days, innovative and high-quality breweries and brewpubs can be found through the region, in big cities and small towns alike. For this list, I leaned both on personal experience and on insights from the pros at RateBeer and BeerAdvocate. Please be sure to let us know your own favorites in the comments below. 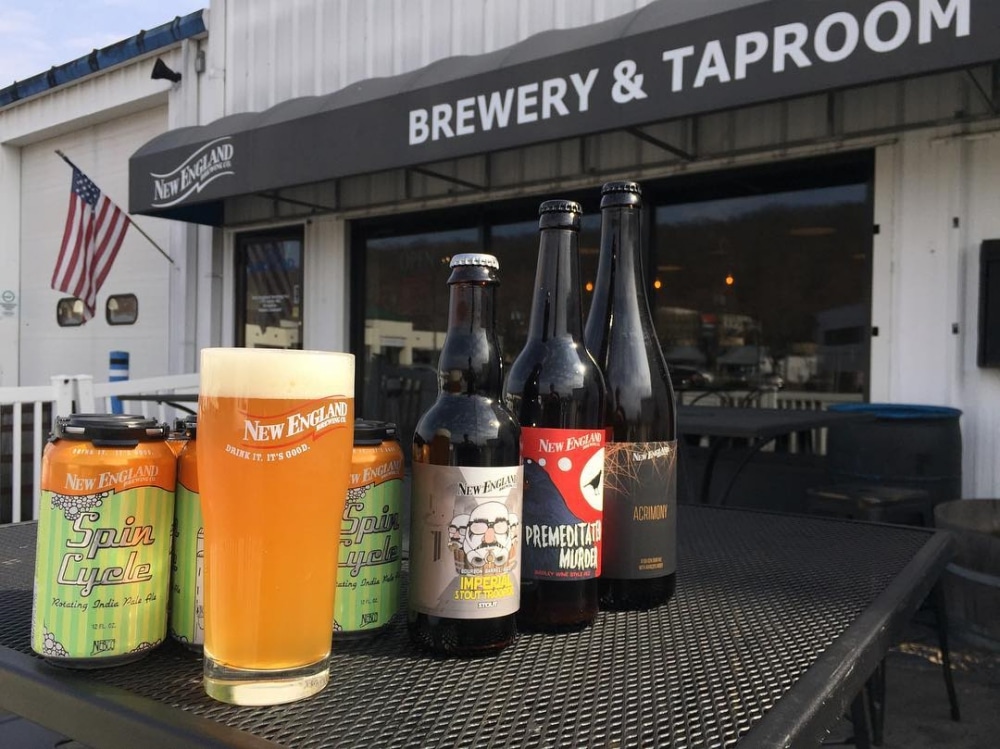 In 2001, when the South Norwalk–based New England Brewing Co. went out of business, its head brewer, Rob Leonard, purchased the company name. The new New England Brewing Co. moved an hour up the highway and relaunched from Woodbridge in 2002. It started with just two offerings, Atlantic Amber and Elm City Lager, but has experimented endlessly since then. As of summer 2019, the brewery’s New England Coriolis double IPA holds the top spot in RateBeer’s Connecticut ratings (which feature a whopping 10 New England Brewing Co. beers in the top 20). If stouts are more your thing, try the Imperial Stout Trooper, which has delightful hints of chocolate. 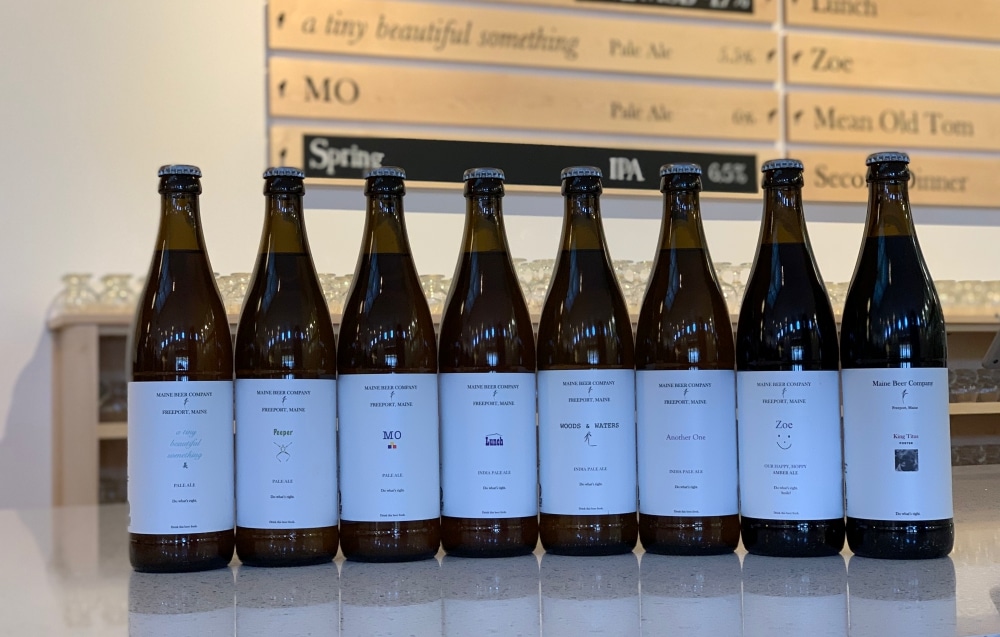 A passion for beer led Dan and Dave Kleban from drinking to home-brewing, and then to launching a one-barrel microbrewery in 2009. Initially, their focus was on perfecting one beer and putting enough of it out there to see if anyone else would drink it. Spring Peeper Ale (today called just Peeper) was that first offering, and sure enough, a lot of people liked it. Their lineup now features a wide range of excellent brews, including the much-loved Maine Beer Lunch IPA and its companion, the Maine Beer Dinner double IPA. 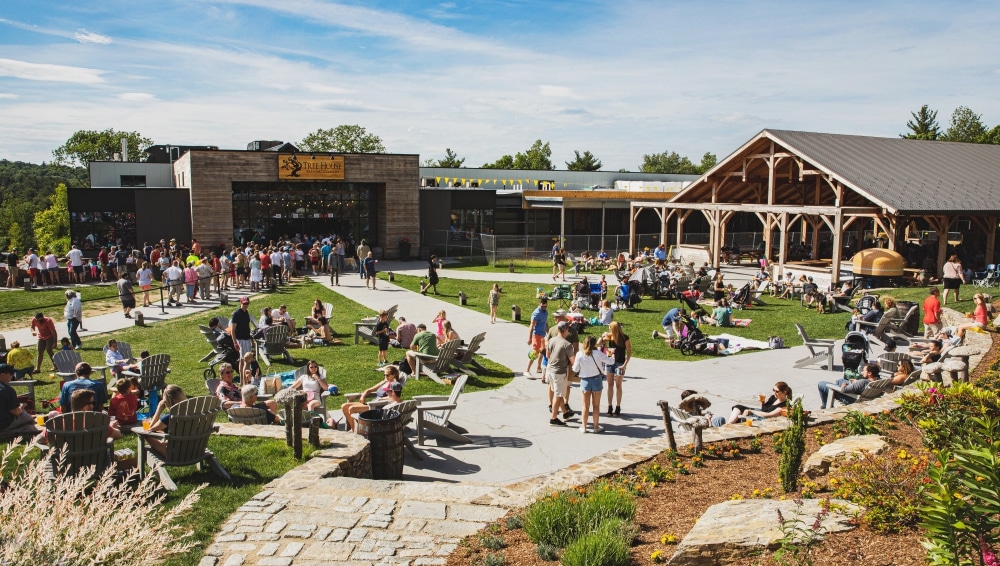 How does an out-of-the-way brewer survive without a robust distribution network? Or without any distribution at all? If you’re Charlton-based Tree House, you build a destination campus and create beer that’s worth the drive. Julius, the wonderfully hoppy IPA that started it all, remains among the most popular and highly rated offerings, but Tree House is far from a one-trick pony. Its beers hold four of the top five spots on RateBeer’s Massachusetts listings — and a staggering nine out of 10 spots on BeerAdvocate’s list. IPAs are a specialty here (try Juice Machine for a fruit-infused IPA surprise), but the Bear brown ale is not to be missed. 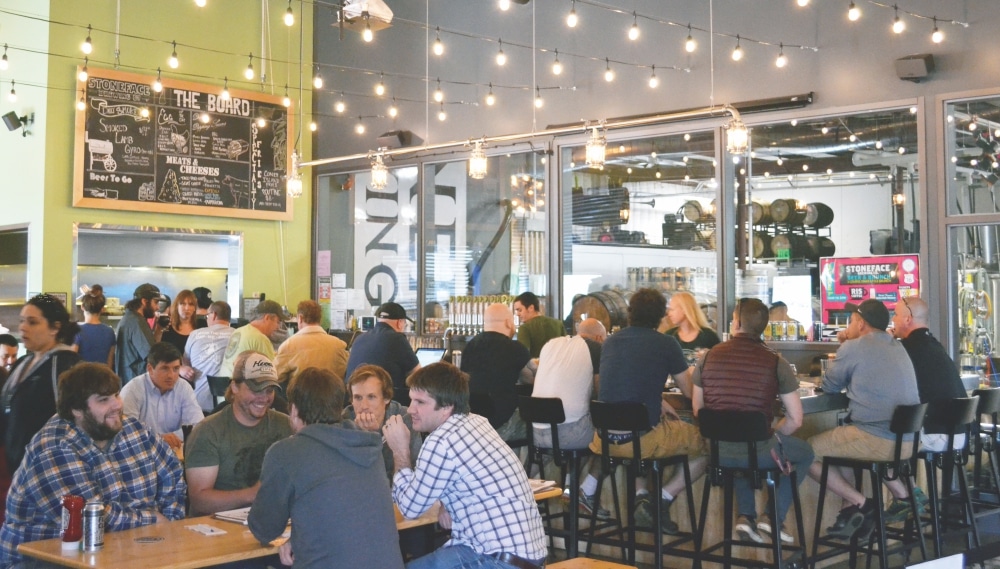 Founded in 2014, Newington-based Stoneface is a relative newcomer, but it’s quickly made an impression. The trio of New Hampshire natives who own the company aim to brew the kinds of beers that they would like to drink, and so far their taste as been spot on. The popular Stoneface RIS (Russian imperial stout), brewed with coffee and vanilla, has spawned several offspring, including Bourbon Barrel RIS and Rum Barrel RIS. Their Hopulization double IPA delivers the hops and fruit in ideal proportion. 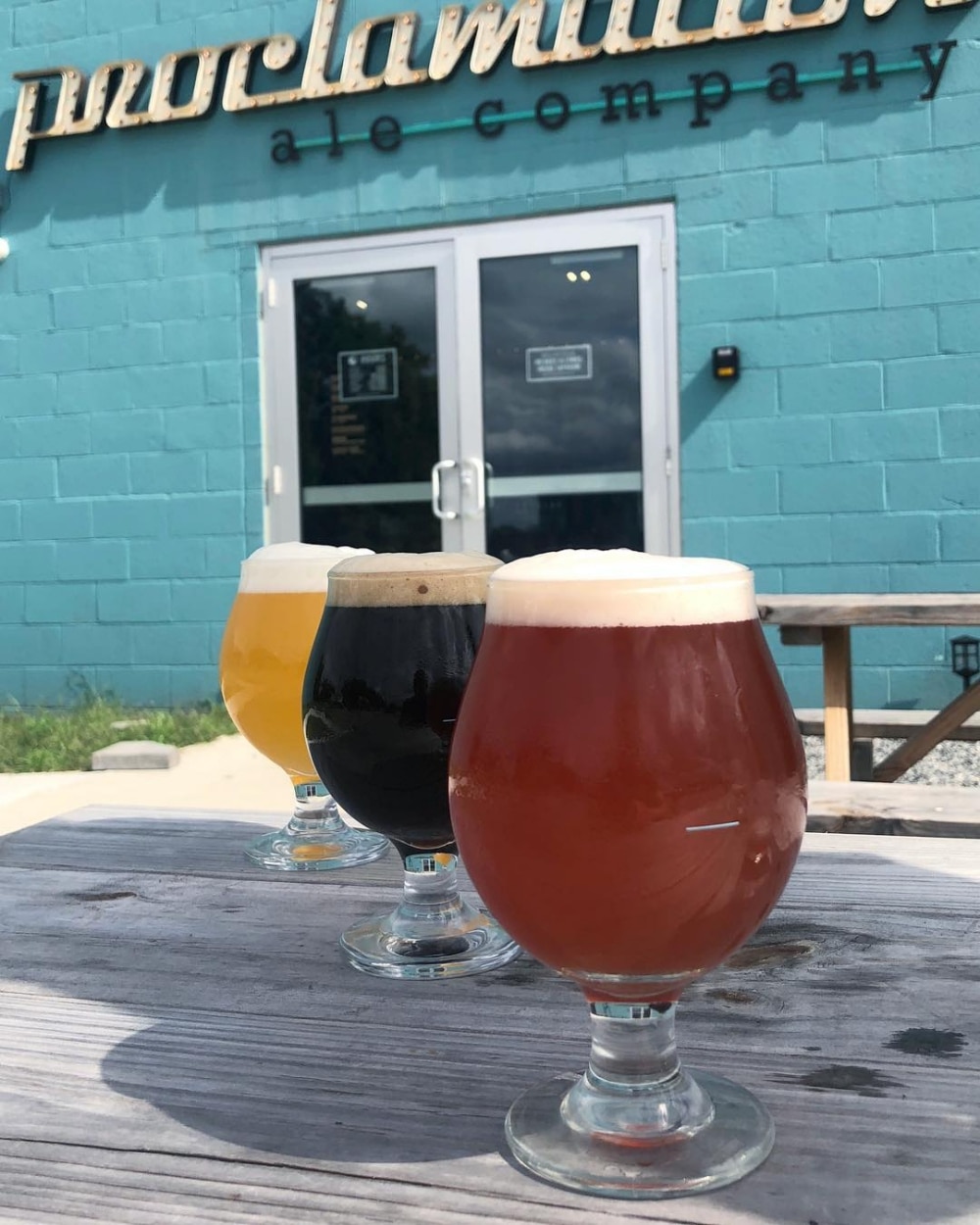 At this Warwick-based brewery, pale ales are definitely a house specialty. You really can’t go wrong whether you opt for Citra (citrus and pineapple), Galaxy (orange, papaya, mango), Vic Secret (orange, pink grapefruit, spruce), El Dorado (lime, green Life Savers, orange), or Mosaic (honeydew, orange, blueberry). The Postcursor is an apricot-infused, oak barrel–aged spin that will sell you on sour beers if you haven’t yet taken that leap. 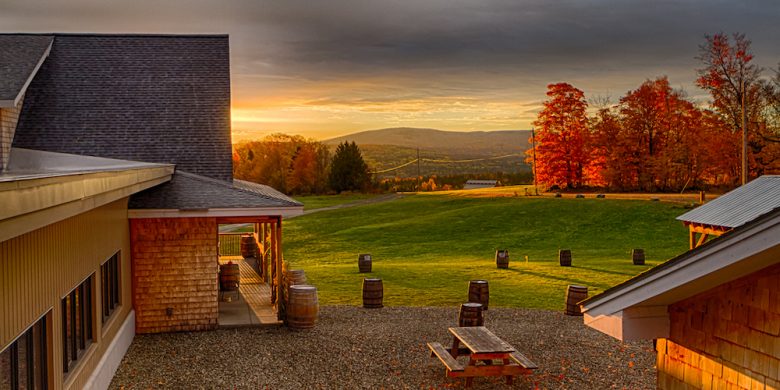 Nearly since its start in 2010, Shaun Hill’s brewery in Greensboro Bend has been a place of pilgrimage for serious beer geeks. Some of the best-loved brews are named after Hill’s forbears, including the double IPA Abner and the pale ale Edward, while the Philosophical series includes the popular maple-infused imperial stout Beyond Good and Evil and the malty Baltic porter, Fear and Trembling. No matter what’s on tap during your visit, you can safely assume it will be worth the drive. Mediocrity has no place here, as evidenced by the long list of national awards and accolades Hill Farmstead hauls in, year after year.

What are your favorite New England breweries? Let us know!

An Open Letter to the Yankee Community from Editor Mel Allen