Please note that businesses throughout New England have been modified, closed, and/or canceled in response to the COVID-19 health crisis. Please travel responsibly, and check with state guidelines and individual businesses before making travel plans.

Although sometimes overshadowed by its neighboring New England states, Connecticut has not only has some spectacular coastline and beaches, but also fantastic options for on-the-water lodging. As a bonus, the best Connecticut beach hotels are among New England’s most celebrated. In fact, every hotel on this list has been the recipient of at least one Best of New England award from Yankee.

Located just a five-minute walk from village shops and restaurants, the Inn at Harbor Hill Marina consists of 16 rooms in two buildings: the turn-of-the-century main inn, which opened in 1997, and the Captain Clark House, a remodeled Victorian that was added in 2011. Many rooms feature marina views, and there are three town beaches and a mile-long boardwalk nearby. Named a 2013 Yankee Editors’ Pick for “Best Water-View Inn.”

The Inn at Longshore | Westport

This 1890 inn was originally a private estate and later became a country club (as evidenced by the c. 1929 golf course) popular with celebrities such as Frank Sinatra, F. Scott and Zelda Fitzgerald, Marilyn Monroe, Teddy Roosevelt and all manner of Rockefellers. The 29-acre Compo Beach is just a stone’s throw away (optimistically assuming you have a good enough arm for a one-mile throw). Named a 2015 Yankee Editors’ Pick for “Best Inn on the Sound.” 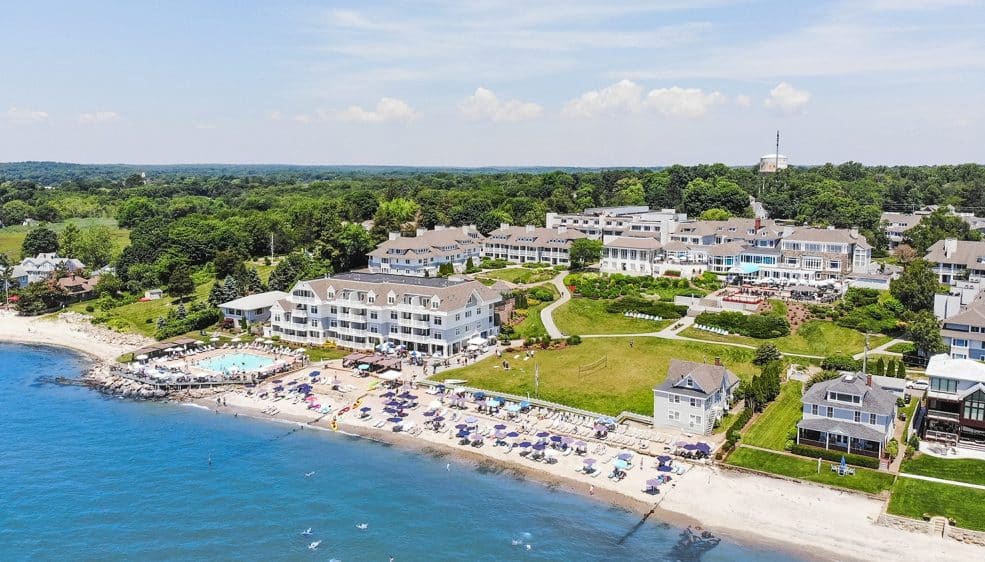 From its roots as quaint and charming coastal hotel, Water’s Edge has blossomed into a destination resort, with 120 rooms, suites, and villas spread over 25 seaside acres. Faced with several restaurants, a full entertainment lineup, and spa packages galore, you’ll be hard-pressed to come up with reasons to wander. The resort’s private beach will likely keep you plenty satisfied, too, but Middle Beach and Stannard Beach are both close by if you’d prefer a change of scenery. Named a 2015 Yankee Editors’ Pick for “Best Waterfront Luxury.”

This AAA Four Diamond property has roots that stretch back to the 1800s, but the original building was razed in 2009 to make way for the current 32-room getaway that’s right on the beach (and just a short walk from Hammonasset Beach State Park). The Madison Beach Hotel, which is now part of Hilton’s Curio Collection, offers all the modern amenities and fantastic views of Long Island Sound  — and Rover is welcome, too. Named a 2017 Yankee Editors’ Pick for “Best Dog-Friendly Hotel.”

The inn’s 18 rooms — many with fireplaces and/or Jacuzzis, most with views of either Stonington Borough village or Fishers Island Sound — ooze charm and comfort. The many nautical attractions of Mystic are nearby, but the secluded little beach near the inn is plenty satisfying in its own right. Named a 2010 Yankee Editors’ Pick for “Best Romantic Shoreline Inn.” 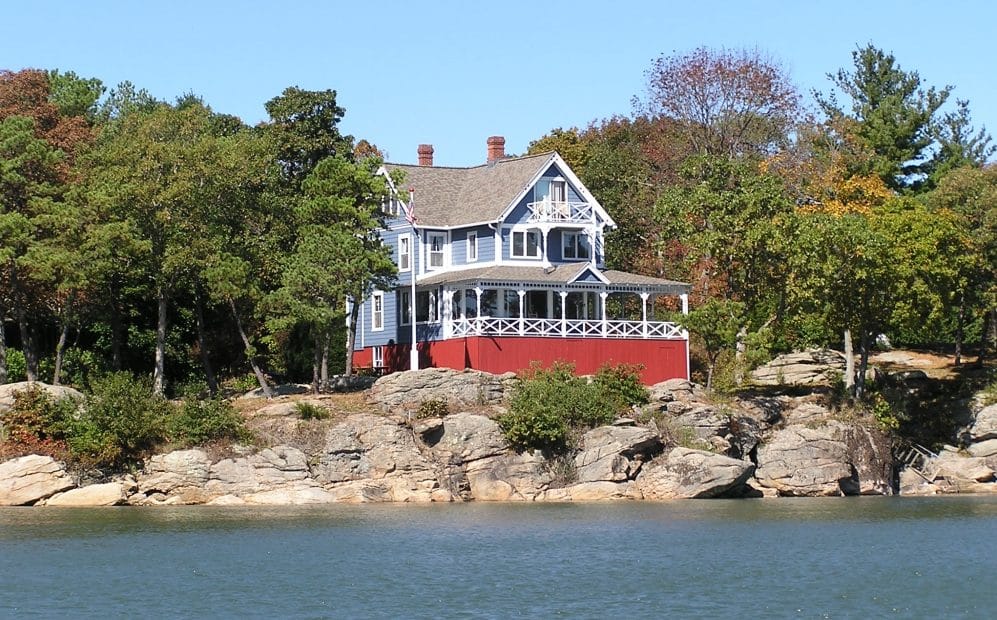 This charming Victorian with the wraparound porch was built as a vacation home in the 1880s, and has remained in the same family ever since. Its perch on a bluff overlooking Short Beach Bay serves up fine views of Farm River Gut, Long Island Sound, and Kelsey Island. East Haven Town Beach is less than 10 minutes away, with the expanse of Silver Sands Beach just a little beyond that. Named a 2018 Yankee Editors’ Pick for “Best Oceanside Lodging.”

Have you ever stayed on the Connecticut waterfront? What are your picks for the best Connecticut beach hotels?