A century ago New England’s landscape was crisscrossed by an assortment of railroad lines. Today, train travel has a much smaller presence in the region, but thanks to the efforts of some passionate outdoor groups, many of the disused rail routes have been reborn as cycling paths. Our six states offer up a rich collection of routes that provide riders with mountain views and wind past rivers, lakes, and even the ocean.

Ready to ride? Then read on for our collection of some of the best New England rail trails.

The Island Line Trail serves up stunning views of both Lake Champlain and the Adirondacks, with sailboats, lighthouses, and killer sunsets only adding to the scenic appeal. A combination of pavement and packed gravel, this route comprises the Burlington Bike Path, the Colchester Causeway, and the Allen Point Access Area Trail. Your Instagram moment will take place on the causeway, a three-mile stretch flanked by huge marble boulders that extends into Lake Champlain.

For nearly a century this rail route was an essential link between central Vermont and the Connecticut River Valley, with granite, lumber, mail, milk, and livestock all making the journey. Today, two-wheeled riders have dominion over the route, which includes some wonderfully scenic dirt and cinder stretches through what can feel like an untamed landscape. When the sun hangs high, cool off at Lake Groton. And if you’ve got it in you, make the ride part of a longer journey on the Cross Vermont Trail. 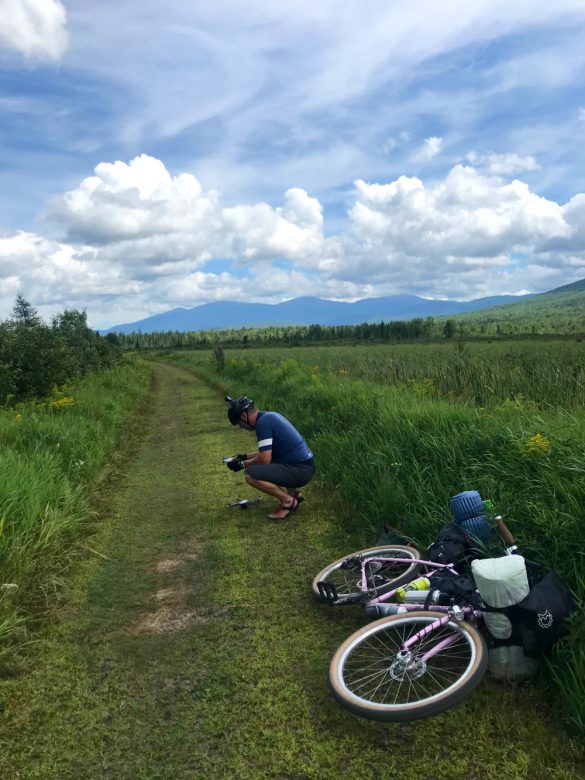 You don’t actually have to scale huge peaks to take in the breathtaking beauty of the White Mountains’ Presidential Range. The elevated landscape comes into full focus on this route, along with an array of beaver ponds, pastures, and key birding spots. The ruins of an old bottling factory that sits just off the trail outside Gorham is an intriguing find. If you’re in need of a break, Israel River Campground in Jefferson is ready with pick-me-ups: water, chocolate, and wonderfully cheap, cold beer (if you’re into that sort of thing). Because this popular route is also a part of the 83-mile Cross New Hampshire Adventure Trail, you can extend the ride to explore all of the northern Whites.

Several years ago this beloved bike route was named by the national nonprofit Rails-to-Trails Conservancy to its “100 Top Trails in the U.S.” list. And for good reason: The longest rail trail in the state (and still growing, thanks to its devoted volunteers), the Northern Rail Trail glides past farms, orchards, lakes, mill sites, and covered bridges, with possible moose sightings in Grafton and Orange. Named a 2015 Yankee Editors’ Pick for “Best Bike Trail.” 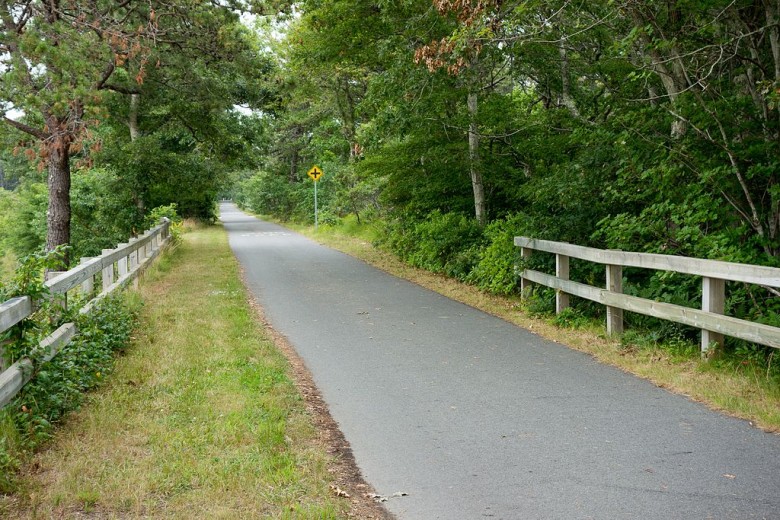 The Cape offers several stunning cycling opportunities, including the Shining Sea Bikeway, a nearly 11-mile path through Falmouth. But the real star of the region is the Cape Cod Rail Trail. Extending from the mid-Cape to LeCount Hollow Road near the famed PB Boulangerie Bistro in Wellfleet, this paved path features a few gentle hills and, most important, several access points to Cape Cod National Seashore beaches. Pets on short leashes are permitted on the trail, so Fido can run alongside. Bike rentals are also available at various bike shops located on the trail in Yarmouth, Dennis, Brewster, Orleans, and Wellfleet. Named a 2016 Yankee Editors’ Pick for “Best Tourist Hotspot.”

This Berkshires ride serves up several too-good-to-pass-up photo ops as you ride through the Hoosic River Valley, with big views of Mount Greylock and the Hoosic Mountains. Other worthy stopping points include the Cheshire Reservoir and the Hoosic River. Flexibility bonus: Parking lots and restrooms are available along the route.

Rail-trail riding in Maine often includes hopping on a portion of the East Coast Greenway, a wickedly ambitious 3,000-mile trek that extends from Calais down the entire Eastern seaboard to Key West, Florida. That’s 15 states and 450 towns and cities! If you don’t have the time to pull off that kind of adventure, you can get a nice taste by bringing your bike to the off-road portion of the Eastern Trail, which provides a flat, easy ride on asphalt and crushed stone. Blueberry barrens, the Rachel Carson National Wildlife Refuge, Scarborough Marsh, and Bug Light Park and its Portland Breakwater Lighthouse all play key roles on this route. (For the full 65-mile Eastern Trail experience, switch to the on-road portion and continue on to Kittery.)

This relatively flat ride runs alongside a section of rail line that was once the backbone of the Portland-to-Augusta train route. (The tracks are still maintained in hopes the train will run once again.) The entire trail is paved and offers four convenient access points, three in Farmingdale and one in Hallowell.

Jog, walk, or pedal any or all of this flat, easy gravel trail that cuts a diagonal through northeastern Connecticut, and you’ll marvel at the same scenes that enchanted the well-heeled passengers of the late-19th-century “Ghost Train.” Those gold-trimmed, white-painted Pullman cars have vanished, but this portion of the so-called Air Line that ran from New York to Boston has been reincarnated as a public path over viaducts and bridges, through wetlands and farmlands and forest preserves. Named a 2016 Yankee Editors’ Pick for “Best Rail Trail.” 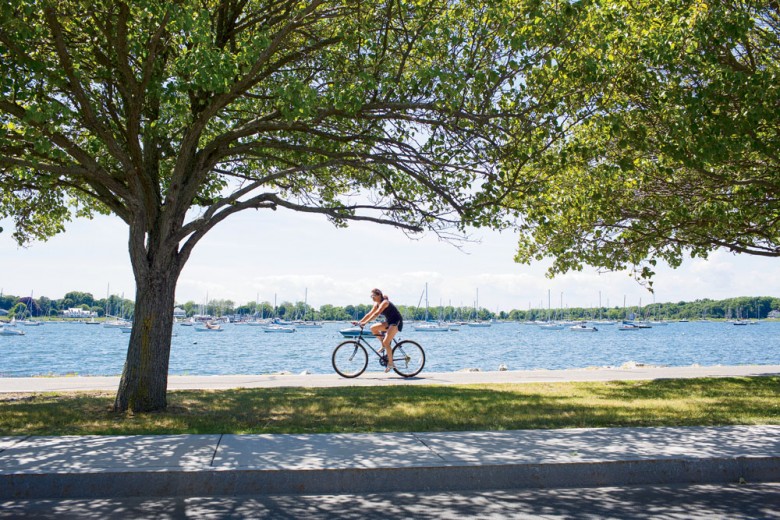 The sights, sounds, and scents of Narragansett Bay accompany your walk or ride along this shoreside path from Providence’s India Point Park to Independence Park in Bristol. Possible stops include the Crescent Park Carousel in East Providence, the Audubon Center and Aquarium in Bristol, and the Del’s Frozen Lemonade stand at Colt State Park. Named a 2015 Yankee Editors’ Pick for “Best Rail Trail.”

Do you have any favorite New England rail trails? Let us know in the comments below!

The US government needs to save Main Street, not just Wall Street