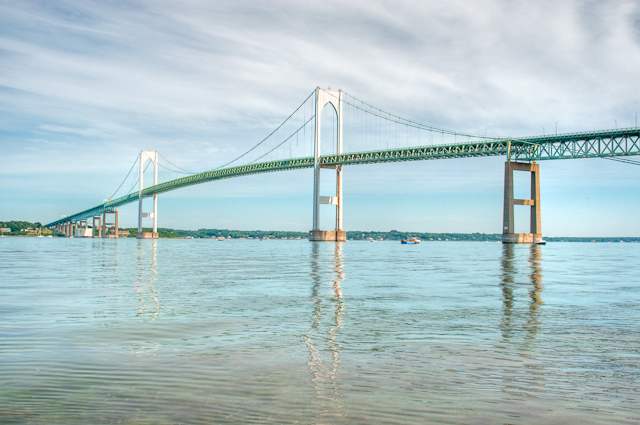 Newport, Rhode Island | Things to Do

This Richard Morris Hunt–designed mansion has quietly reopened for by-reservation-only tours of a restoration in progress. Gone are the clutter of antiques and the overembellished stories of the “Belcourt Castle” days: Alex and Ani founder Carolyn Rafaelian purchased the property in 2012 with the intent of returning it to its 1895 appearance and sharing it with the public. Now’s a rare chance to witness and support a large-scale preservation effort, while hearing well-researched tales of the estate’s original occupants—including Oliver Hazard Perry Belmont’s pampered horses.

New England’s most celebrated seaside pathway, a 3.5-mile trail that threads between Gilded Age mansions and the tumbling Atlantic, received a $5.5 million upgrade in 2014. While most of the investment repaired stretches of the Cliff Walk damaged by Superstorm Sandy, funds also allowed for enhancements, including one that can make or break a romantic stroll or outing with kids: restrooms. Adopting the Parisian tradition, couples have adorned new fencing with “love locks.”

In a city filled with “look, but don’t touch” attractions, this architecturally magnificent sports shrine engages an interactive generation. Gutted to the walls for a complete overhaul, the hall reopened in May 2015 with vibrant galleries and multimedia marvels, including a Roger Federer hologram. Plus, you can participate in clinics or book time on the grass courts where 1881’s first U.S. National Lawn Tennis Championships were played. 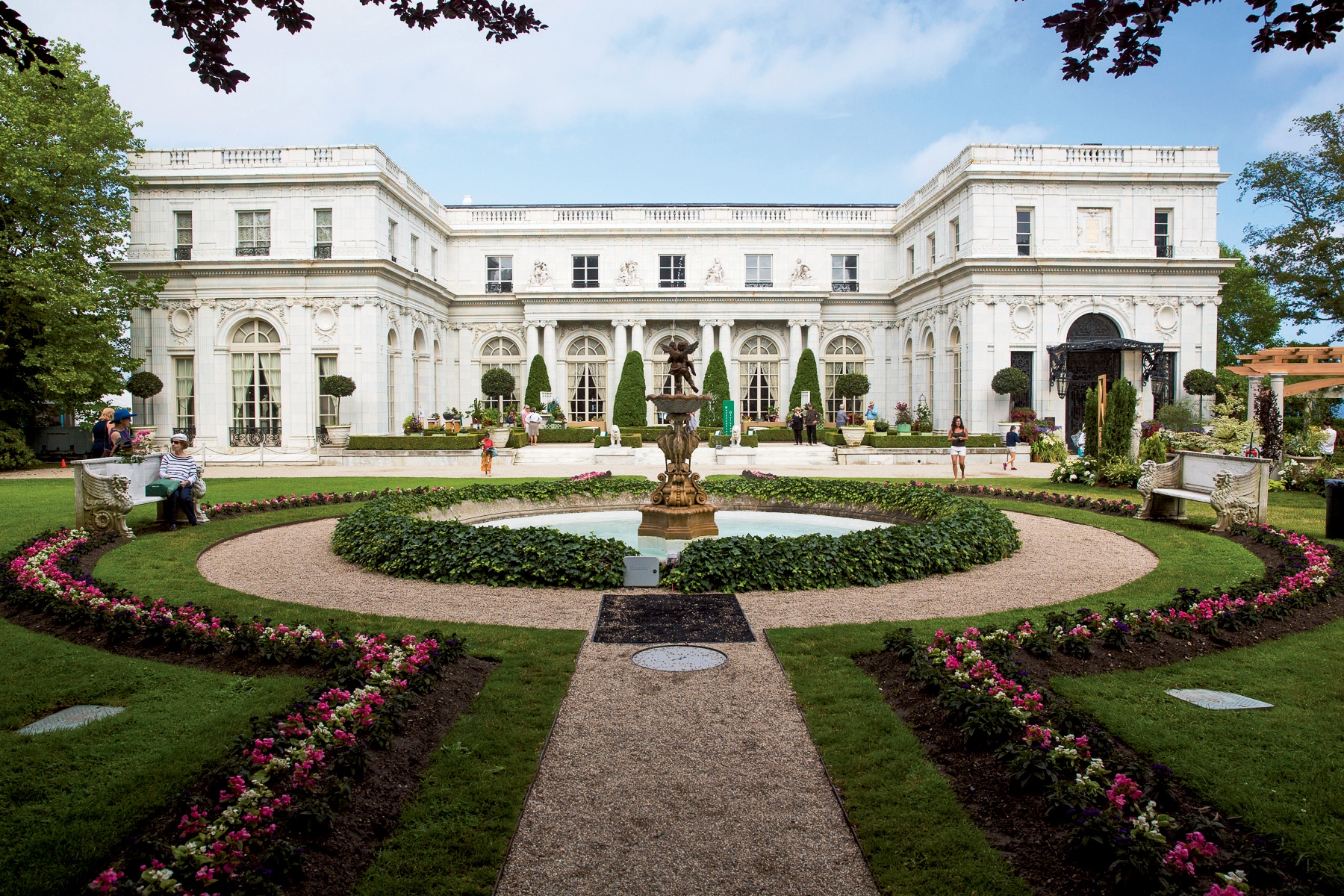 Newport Mansions | Best Things to Do in Newport, RI

Courtesy of the Preservation Society of Newport County

Lose yourself in bygone luxury when you take a tour of one or more of the Newport Mansions, which include the Breakers and Marble House (both former residences of the Vanderbilt family), Rosecliff (based on the fabled French Grand Trianon at Versailles), and the Elms (a copy of a lavish French estate called Château d’Asnières). Those four are the heavy hitters, but bear in mind that some of the lesser-known mansions, including Hunter House and Chepstow, are also worth a visit.

Best Newport Art Museum | As architecturally splendid as its Newport neighbors, Vernon Court isn’t a frozen-in-time mansion attraction. It’s a living, evolving estate that reflects the passions of owners Laurence and Judy Goffman Cutler. Chief among those passions is exhibiting their collection—the largest of its kind in the world—of masterpieces by beloved American illustrators such as Norman Rockwell and Maxfield Parrish. Here, these remarkably relatable commercial images get their due as both art and a chronicle of American culture. The National Museum of American Illustration has also received accolades, though, for showcasing the creative works of Mother Nature: namely, the champion trees within its Frederick Law Olmsted Park and Arboretum. 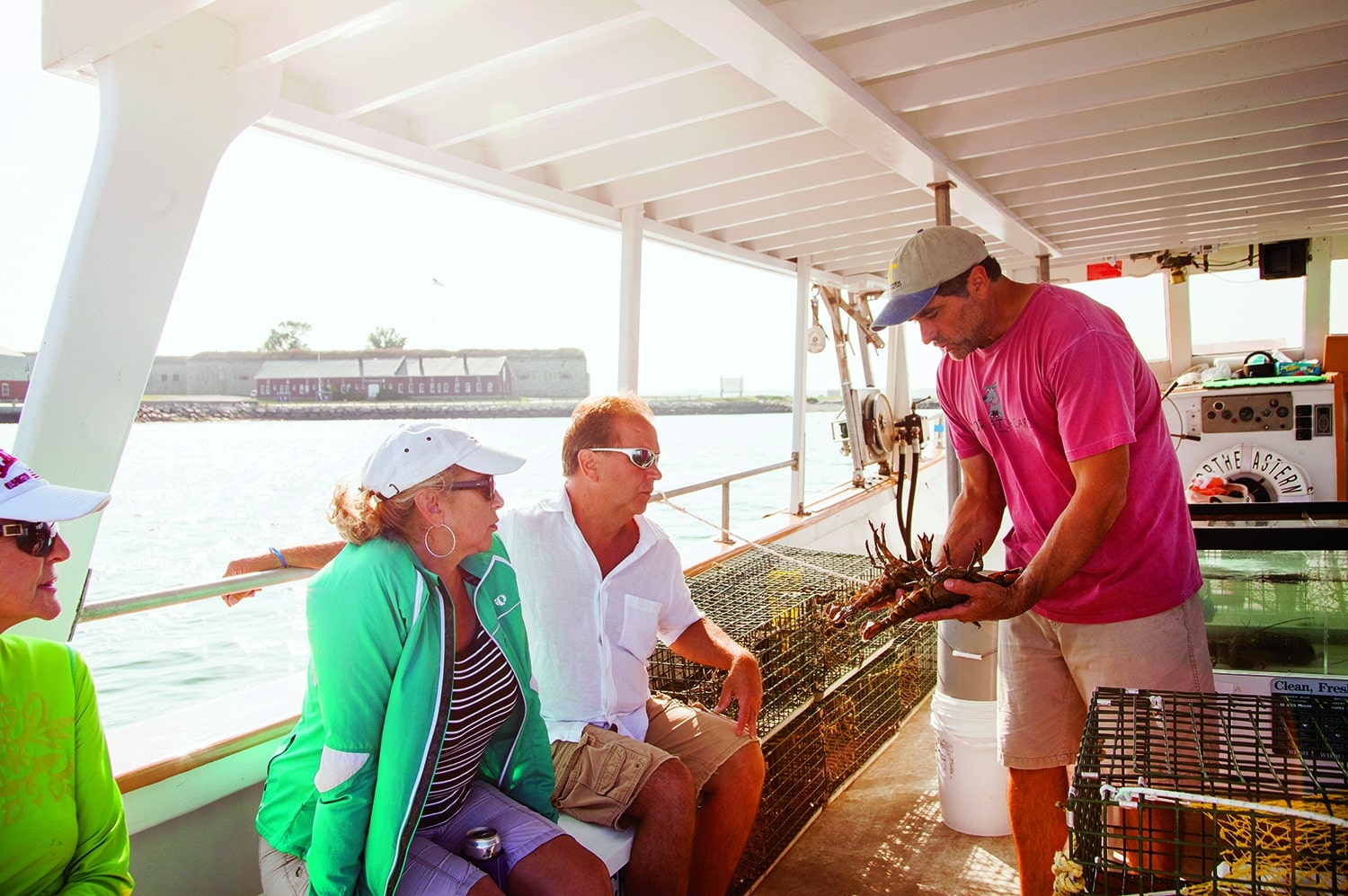 What makes the classic New England–style chowder at this waterside restaurant a standout? It’s perfectly creamy, spattered with paprika, and so loaded with potato cubes and tender, buttery bites of clam that your spoon faces a veritable obstacle course—in a word, perfection. But a dilemma awaits: Herby-sweet corn chowder swimming with Georges Bank scallops is also on offer, and it has just the right hint of lemon for dunking a “Bag of Doughnuts,” aka salty fritters embedded with lobster, crab, and shrimp. In oyster lovers’ heaven, icy platters are heaped with glistening molluscs freshly plucked from local waters; crispy fried oysters and remoulade jazz up juicy burgers; and even the beer is brewed with oysters. You can behave and bide your time, or savor these divine creations now. With two bars, two decks, high-ceilinged dining rooms, a marble raw bar, and oyster stout—crafted by Harpoon—on tap, Midtown is where shellfish devotees congregate.

It’s all in the family at TSK. Chefs Chad Hoffer and Tyler Burnley, along with their wives–twin sisters and front-of-the-house managers Julia and Anna Jenkins–have created the ultimate elevated neighborhood BYOB. The menu is small, but the food (from striped-bass ceviche to fried chicken with French toast) is as fun as it is creative.

The most scenic place in the state to grab a G&T and watch the water has upped the proverbial ante with the addition of an official moniker and a special al fresco menu. The view is even better when your belly is full of New England favorites such as clam chowder, lobster rolls, and just-shucked oysters.

In a state known for hot dogs, Mission is a standout for its snappy, meaty, ground-in-house versions topped with all the classics, from kraut to chili to cheese. And of these the slaw dog, tucked into a purple and orange tangle of tart house-made coleslaw, is the ace that topples other contenders. Add an order of hand-cut fries, and you’ll still get out for less than 10 bucks in a city where affordable dining options are few.

There’s a breakfast lounge now behind the wide arched doors that firefighters once charged through to battle Newport blazes. This preservation-minded city has yet another landmark—the red-brick, slate-roofed Newport Fire Department Hose Co. #6—turned one-of-a-kind inn. Five rooms and a studio are outfitted in contemporary neutrals with just a pop of fiery orange. While architectural details will remind you of the c. 1888 building’s working past, gourmet breakfasts prepared before your eyes, in-room spa services, and chartered outings aboard the motorboat Razzmatazz sound the siren: You’re on vacation.

Tucked away on an elegant side street, this 1890 millwork factory creatively repurposed as an all-suite hotel couldn’t be more ideally situated. From the rooftop deck, you can survey your good fortune: Newport’s bustling harborfront is a block away, while attraction-lined Bellevue Avenue is a half-mile walk. You can even be at Easton’s Beach and the Cliff Walk in 20 minutes on foot. Breakfast is free, and so is a spread of teatime snacks that’s worth the hike back. 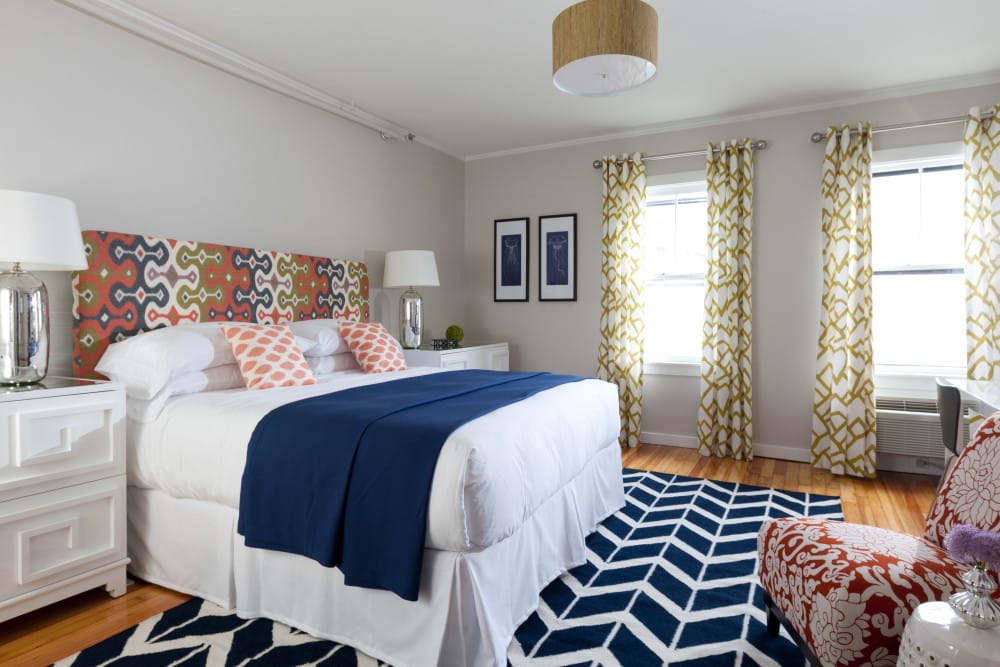 Unless you have a designer’s eye, you probably wouldn’t mix bright coastal hues, nautical accents, and zebra stripes. Yet this playful combination works exceedingly well at the Attwater—and from the moment you set bags down in the hotel’s chic sitting room, your journey will take equally unexpected but delightful turns. Walking distance from Newport’s attractions and happening spots, yet far enough from the waterfront scene to be peaceful, this Lark Hotels property has a staff that’ll impress you with breakfast tapas and baked treats, and they’re smarter than any smartphone. Trust them to help design a getaway that’s distinctly your own.

Hoist the shades. Gaze out the French doors at morning light shimmering on ocean waves. And know there’s nothing to rival your beachfront retreat. Situated on Castle Hill Inn’s private arc of sand, these airy king-bed rooms’ recently renovated bathrooms have two-person soaking tubs and showers. But don’t rush to conclude they’re only for kid-free couples, as galley kitchens and queen-size sofa beds make them equally ideal for family escapes. The crowning touch is access to the mansion inn’s beloved luxuries: afternoon tea, cocktails on the lawn, fine dining, and an intimate spa.

Built and operated with respect for its sensitive harborfront location, Rhode Island’s first hotel to achieve LEED certification has environmental best practices in its very bones. Most eco-conscious touches are subtle, so guests notice only the coolness of thoughtful features like newspapers delivered via iPad, luxuriously thick towels engineered to dry quickly, and a mesmerizing entryway mural made of a sustainable material: seashells.

The tunnel that morally flexible shipping merchant Francis Malbone used to smuggle goods up to his house from Newport Harbor is long gone. But plenty of colonial details—wide-plank floors, moldings, fireplaces—have remained to make this 1760 inn the place to curl up for history buffs. Furnishings are antiques, but the Wi-Fi’s free and fast. And even the rooms in a sensitively designed addition offer a graceful sense of the past. Guests may not need their car for days, since the location is just that convenient—and there are enticing reasons to not wander far, including afternoon tea and a lush, secret courtyard.

What would you add to our list of the best of Newport, Rhode Island?

This post was first published in 2013 and has been updated. Selections originally appeared in the annual Yankee Magazine “Best of New England” Editors’ Choice Awards.