If you want to understand Portsmouth as a food town, start at 29 Ceres Street. This former chandlery (c. 1803) rose to fame in 1970, when self-taught chef James Haller opened an experimental little restaurant called the Blue Strawberry and began turning out inventive dishes — nasturtium butter, lobster-stuffed quail — inspired by local ingredients. Haller’s “Rules? What rules?” approach to fine dining earned both a loyal local following and support from carloads of culinary tourists.

The Blue Strawberry earned national acclaim and spawned a best-selling cookbook before closing in 1995. Then came Lindbergh’s Crossing, a popular French-influenced wine bar that pushed the city ever forward on seasonality, local sourcing, and left-of-center proteins like cod cheeks and braised rabbit. Evan Mallett got his start as a chef there, and when owners Thomas Fielding and Scott O’Connor decided to move on, he opened Black Trumpet in the same spot in 2007. Ten years later, he’s still innovating.

Meanwhile, the rest of the city is plugged into every of-the-moment food trend: grass-fed burgers, hyperlocal oysters, ramen, craft cocktails. New restaurants open with such frequency that it’s hard to keep up — but the following list of our favorite Portsmouth eateries will get you started.

A sister restaurant to Moxy, the Franklin has the same spirit of fun and ambition, with global small plates and plenty of good oysters and charcuterie. Favorites include harissa-rubbed shrimp with polenta, Sichuan-inspired dan-dan wings, fish tacos, and buttermilk fried chicken. Named a 2016 Yankee Editors’ Pick for “Best Seafood.” 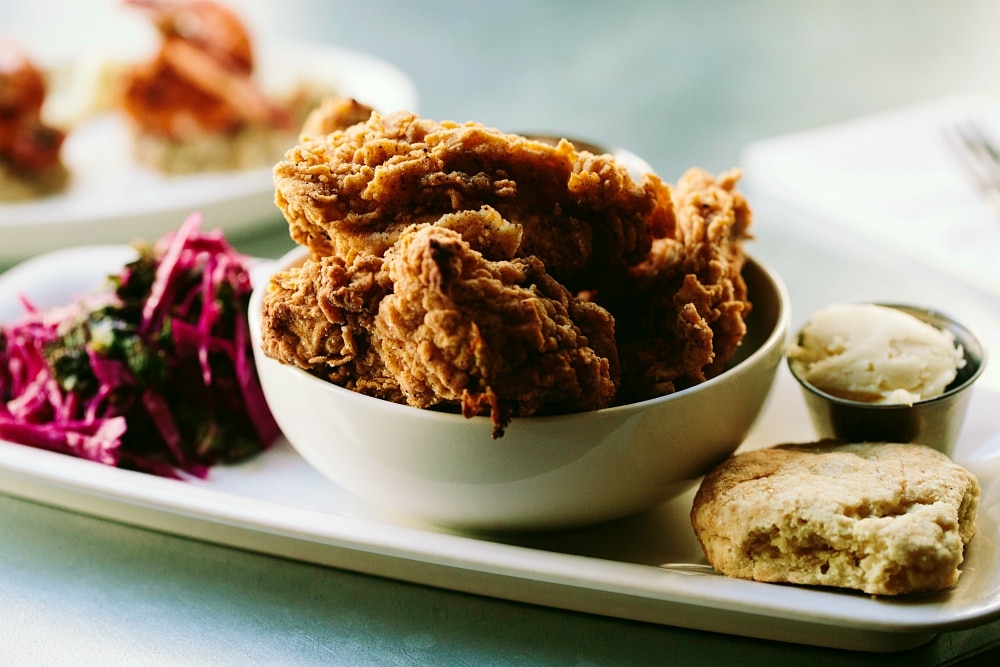 You’ll find the best fried chicken in Portsmouth at the Franklin.

Francophiles will rejoice upon entering this chic bakery, which so closely resembles a modern Parisian patisserie because its owners, Charlotte Reymond and Victor Navarre grew up in the French culinary capitals of Paris and Lyon. Macarons in a rainbow of colors take center stage, but don’t miss the Viennoiserie (croissants and brioches) and the savory crepes.

Classic American hot dogs are the calling card here — made of beef, pork, and veal; topped with chili, sauerkraut, onions, and/or ketchup; and served in griddled buns. It doesn’t hurt that the operation is housed in a 1940s Worcester diner car or that it stays open until 2 a.m., an hour when a perfect steamed dog can seem like proof of divine grace.

Heady IPAs may be the darlings of the New England beer world, but Earth Eagle is swimming against the tide by specializing in gruit, a brew style that eschew hops in favor of aromatics like lemon verbena, ginger root, and even wild grapes. And you can pair the suds with top-notch sandwiches (we like the Roast Beast) and homemade pretzels.

SEE MORE: Best Bars in Portsmouth, NH, for Every Kind of Night Out 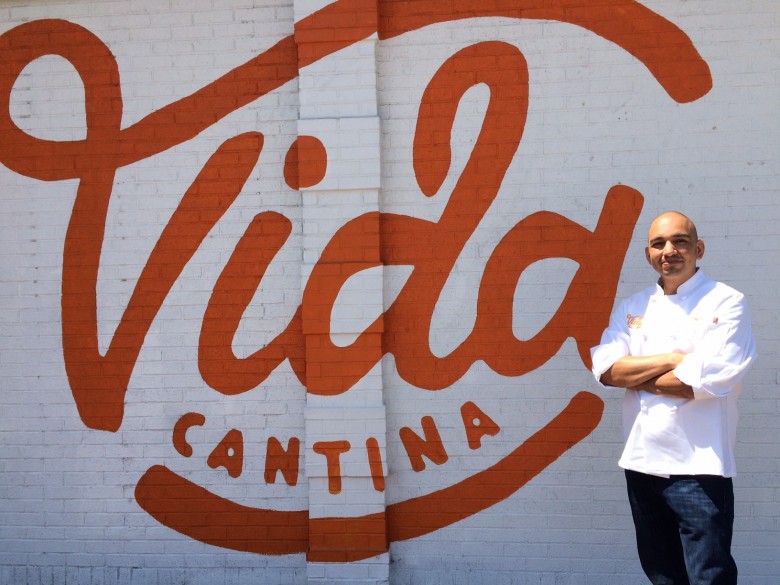 With eight kinds of tacos and five enchiladas, this modern cantina offers the Mexican standbys you’d expect. But chef-owner David Vargas also grounds his menu in top-notch local produce, makes his own tortillas from local heirloom corn, and serves a top-notch brunch (don’t miss the chilaquiles). Vegans and vegetarians, take note: There’s plenty here for you.

Sister to the wildly popular Boston oyster house, Row 34 boasts the best lobster rolls around (sourced from chef-owner Jeremy Sewall’s cousin, Mark, who fishes just across the border in York, Maine). Its oyster stew is one for the ages, and its beer program will satisfy any serious connoisseur.

The granddaddy of gourmet seafood has been serving regional classics, multiple catch-of-the-day variations, and award-winning crab cakes since 2000. Owner Jay McSharry has paid his success forward, partnering with Matt Louis (Moxy, the Franklin) and David Vargas (Vida Cantina) on their ventures, but his heart lives here in this always-hopping mainstay. Named a 2013 Yankee Editors’ Pick for “Best Raw Bar.”

What would you add to our list of the best Portsmouth, NH, restaurants? Let us know!