European Parliament will set up vaccination centers for MEPs, staff and locals

Boris Johnson: ‘Too early to say’ when UK lockdown will ease

COVID infections up in England, despite lockdown: Study

The nostalgia of Western moral outrage over Navalny arrest

Italy will back sanctions on Russia, Di Maio says 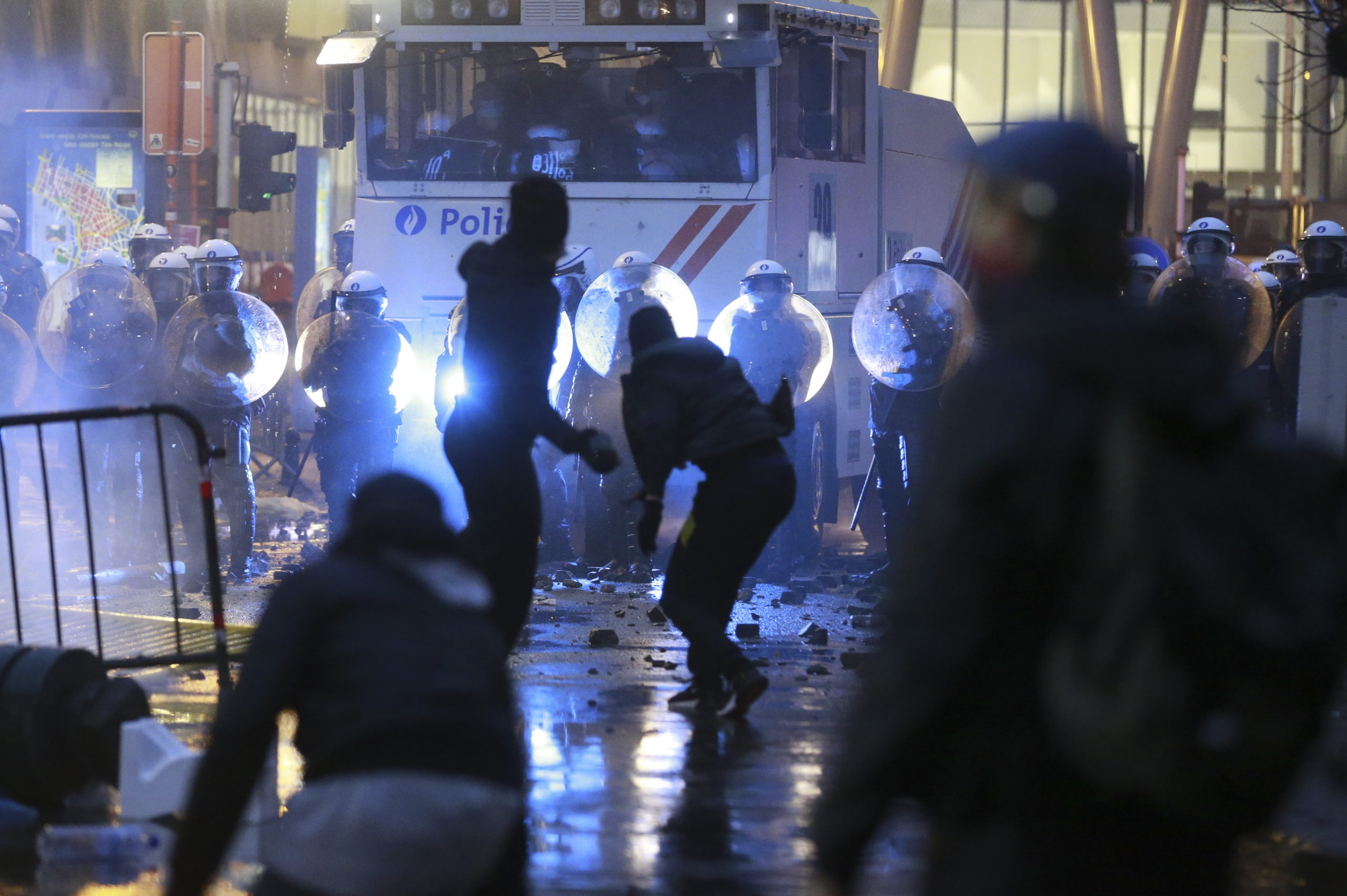 A protest in Brussels over the death of a man while in police custody turned violent Wednesday as demonstrators clashed with officers and Belgian King Philippe’s car was even caught in the cross-fire.

Protesters threw projectiles, while the police used tear gas to disperse the crowd, which gathered outside a police station near Gare du Nord. The demonstration, which at its peak attracted some 400 people, according to police, was organized after a man identified as Ibrahima B., 23, died following his arrest on Saturday under circumstances that are still under investigation.

Police said they have opened an internal inquiry into the case.

Ibrahima’s death has raised further scrutiny of Brussels police and complaints of police brutality following other high-profile cases in which young men, mostly of Middle Eastern or North African descent, have been killed while interacting with officers. Thousands gathered in the Belgian capital last summer in protests echoing the Black Lives Matter movement in the U.S., calling for justice after the death of a 19-year-old man identified as Adil, who was killed while allegedly fleeing from a police check.

The king and his driver stumbled upon Wednesday’s protest as they were headed from Palais Royal, in the center of the city, to the royal residence in Laeken, Le Soir reported. His car was in the range of the projectiles, but wasn’t stopped by the protests, according to the paper.

U.S. Will Remain In WHO, Fauci Announces, As Biden Reverses Trump Move