The Cape Cod National Seashore was established in 1961 by President John F. Kennedy. The protected seashore encompasses 44,000 acres of mixed pine and hardwood forest, marshland, bogs and salt ponds along with a 40 mile stretch of pristine beach  from Chatham to Provincetown. Learn more about this remarkable place in the 2015 Yankee feature, “The Beach That Saved the Cape,” by Ian Adrich.

Please enjoy this wonderful selection of historic Cape Cod National Seashore photographs from the National Park Services’s archives spanning from the late 1800s to the 1960s. 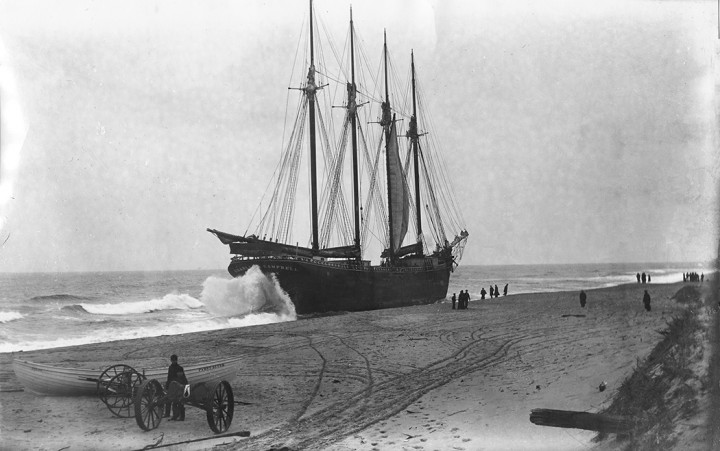 In 1895, the schooner Charles A. Campbell was stranded on the beach in Truro after losing course in thick fog. Before the first Cape Cod Canal was built in 1914, the waters off the Cape claimed more than 3,000 ships. 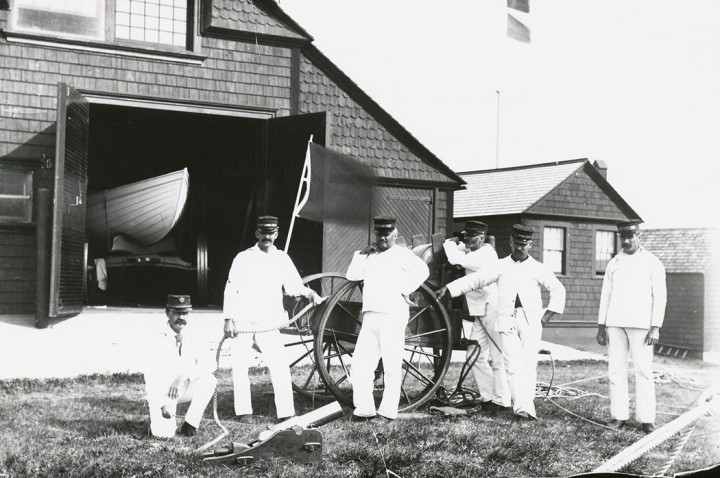 The Cape’s famously treacherous waters became an ocean graveyard for many ships, which prompted the U.S. government to establish a lifesaving service along its shores in 1872. Stations were placed every five miles on the outer beach. 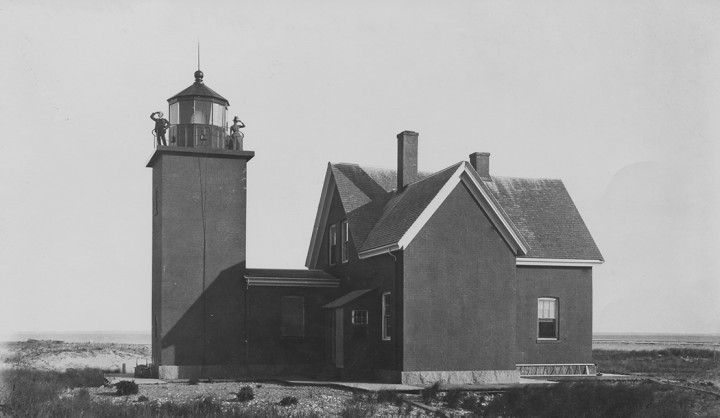 The Billingsgate Lighthouse, built in 1822 stood for 100 years on the 50-acre island just south of Wellfleet’s Great Island. Erosion has left little of the island today which is now known as Billingsgate Shoal and is visible from the mainland at low tide. 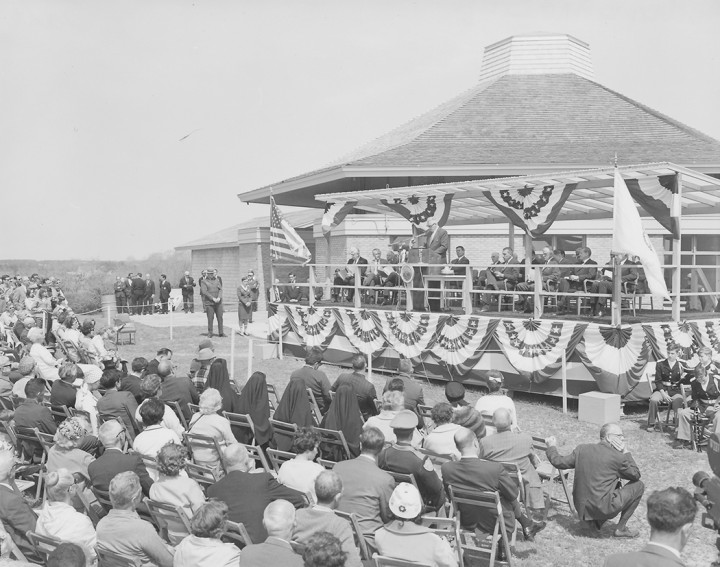 The Cape Cod National Seashore was officially dedicated on Memorial Day weekend in 1966. Attendees included Secretary of the Interior, Stewart Udall, and Massachusetts Senator, Ted Kennedy, whose late brother, President John F. Kennedy, was one of the driving forces behind the Seashore’s creation. 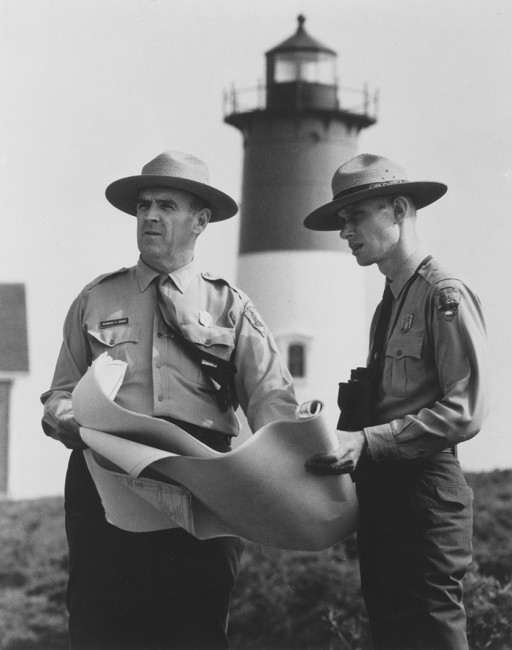 Robert F. Gibbs, who became the first superintendent of the Cape Cod National Seashore on April 8, 1962, is seen here with First Chief Ranger Van der Lippe with Nauset Light seen in the distance. 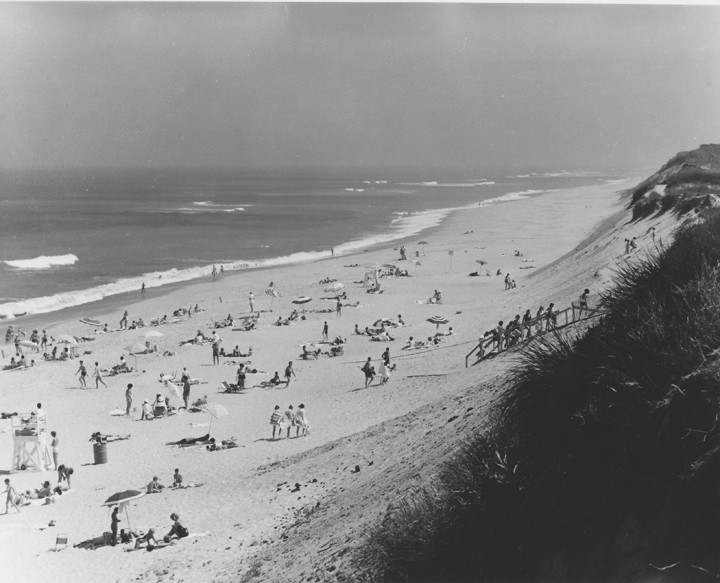 The 3,000-acre Province Lands Reservation in Provincetown is a key portion of the Seashore. Hailed as the second-oldest common lands in the country (second only to Boston Common), Province Lands was under intense development threat and its inclusion meant the area would forever be protected. 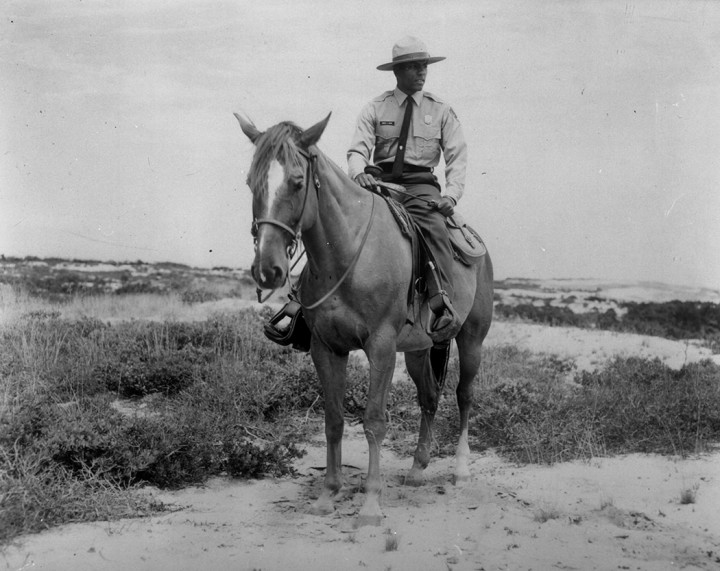 With the donation of two trained horses from Yosemite, the National Seashore Horse Patrol began in the 1960s. Park Ranger Robert Tignor is seen on patrol in 1966. Although no longer active, horseback riding is still permitted in designated locations in the off season. 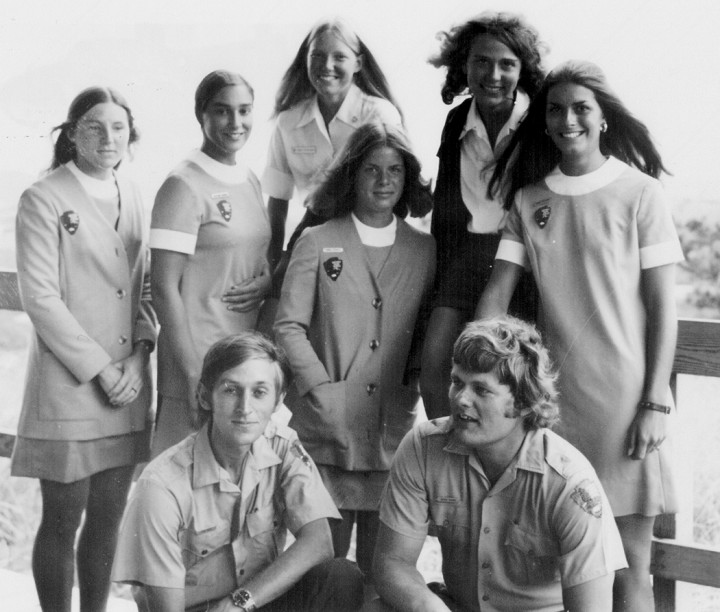 Early park uniforms were anything but forgiving. Male rangers had to endure the intense summer sun while wearing heavy wool pants and long sleeve shirts with a tie. Women, who were allowed to work as rangers in the late 1960s, donned something an airline stewardess might wear, complete with heels, stockings, and a pillbox hat. 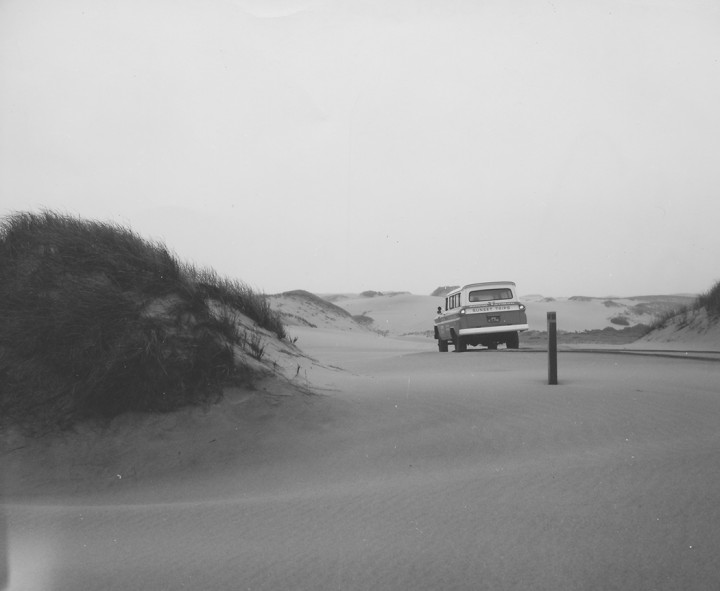 Until the Seashore was established, off-road-vehicles (ORVs) had unfettered access to the Cape’s outer beach. Today, recreational ORV use along the dunes continues, but is heavily regulated by the Park Service, due to concerns over shorebird habitat and dune health.

Have you ever visited the Cape Cod National Seashore?

What Is Mexico's President Likely To Gain From His White House Trip?

US admirals in South China Sea: Everyone wears a mask