Ahh, summer in Maine. On the coast, it’s a race to enjoy as many beach days, dripping ice cream cones, and as much seafood as you can get, whether it’s fresh lobster or steamer clams (or both). One Maine lobster joint that gets a lot of attention is Chauncey Creek Lobster Pier in Kittery Point, a quiet village on Maine’s southern tip where the Piscataqua River meets the mighty Atlantic. 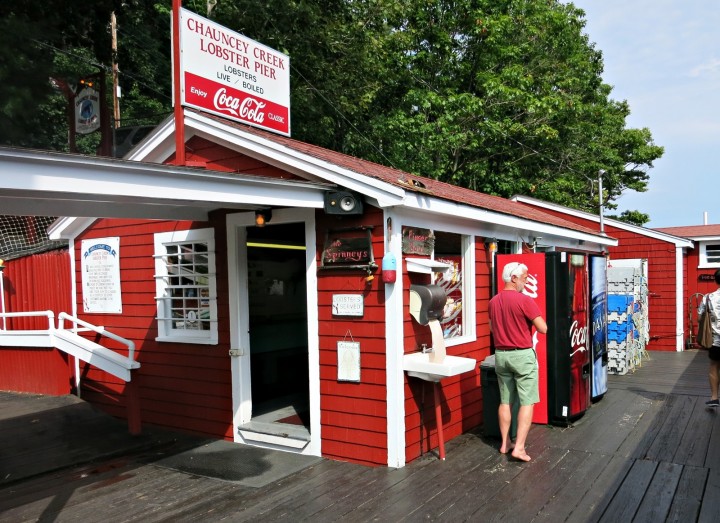 This delightful waterside eatery, worlds away from the outlet-mall crowds of nearby Kittery, sits on a 200-foot-wide planked pier astride a broad tidal creek. With its colorfully painted picnic tables and a bird’s-eye view of continuously passing watercraft, Chauncey Creek is a great place to BYOB and tuck into meaty, fresh lobsters imported daily from Canada’s cold waters.

I had the chance to visit last summer with a group of friends, and Mike was right about the ambiance. Chauncey Creek is right off a main road, but because you have to walk “down” to it, you don’t notice the traffic at all. Instead you feel like you’ve wandered onto someone’s back deck. 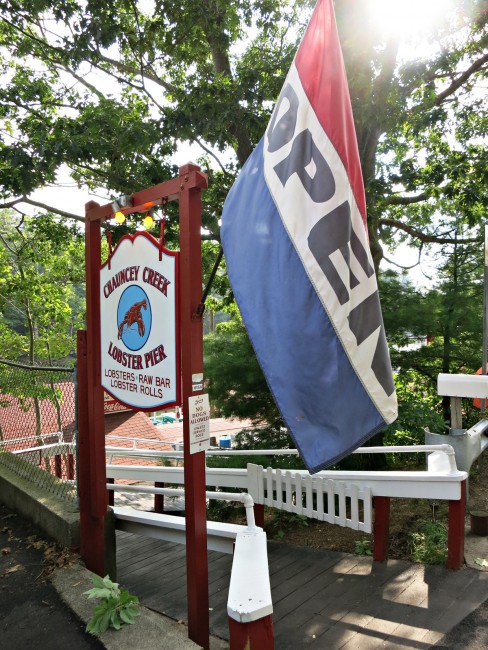 Welcome to Chauncey Creek. The popular pier eatery has been in the Spinney family since the late 1930s. 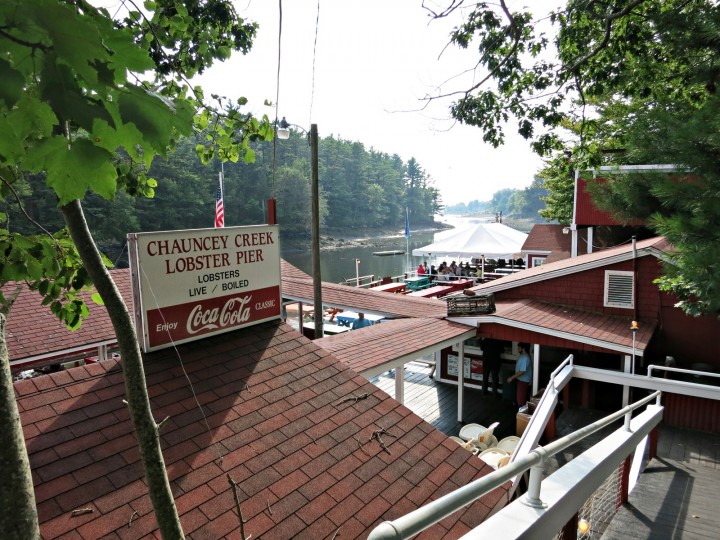 On a tidal creek rather than the ocean proper, Chauncey Creek is below “road level.”

And the deck is BYOB, a popular policy that Chauncey Creek spells out clearly to guests. If they don’t sell it, you can bring your own. This means everything from beer and wine to fancy tablecloths and birthday cake.

Naturally, this can also encourage long stays, so they ask you to keep your visit to 2 hours or less, and (as of 2013), they no longer allow pets in accordance with Maine law. 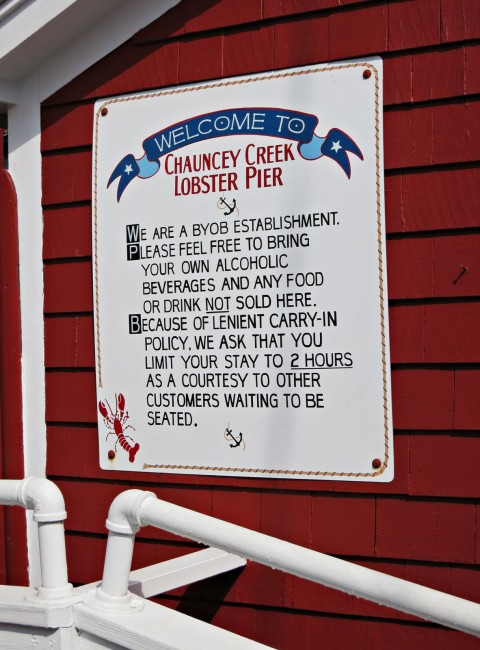 One of Chauncey Creek’s most appreciated qualities is its BYOB policy.

Colorful picnic tables dot the deck, which has both covered and open seating. 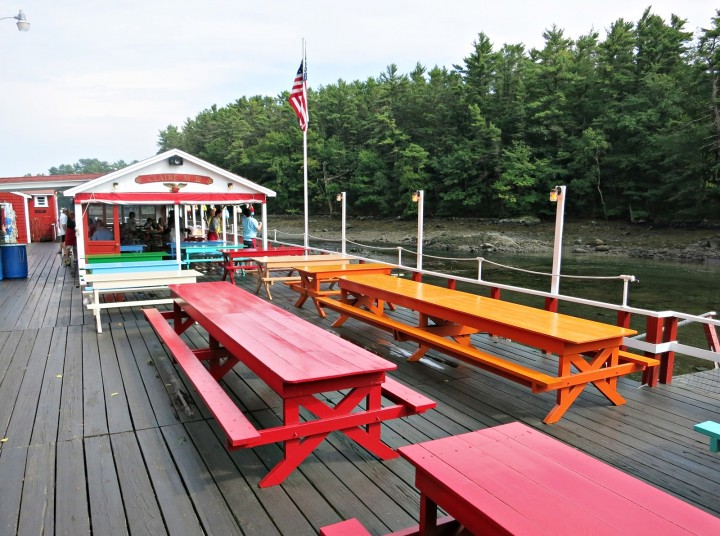 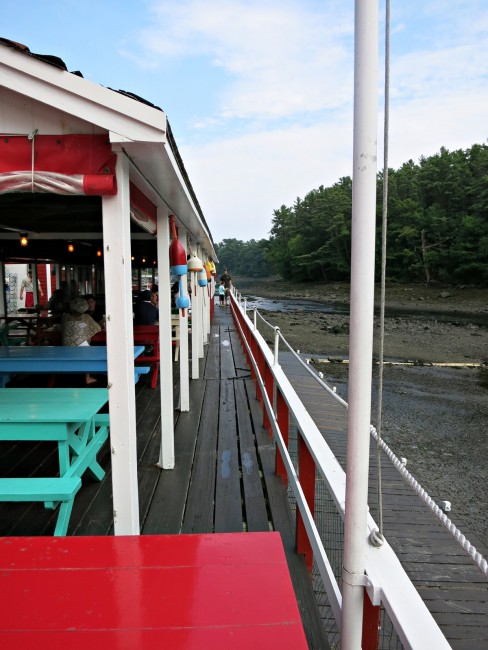 Inside the main “shack” is the lobster pool stocked with fresh Canadian lobsters and a menu listing traditional seafood offerings beyond boiled lobster. This includes clam “chowdah,” steamers, mussels, rolls (lobster and crab) plus sides like coleslaw and potato salad. 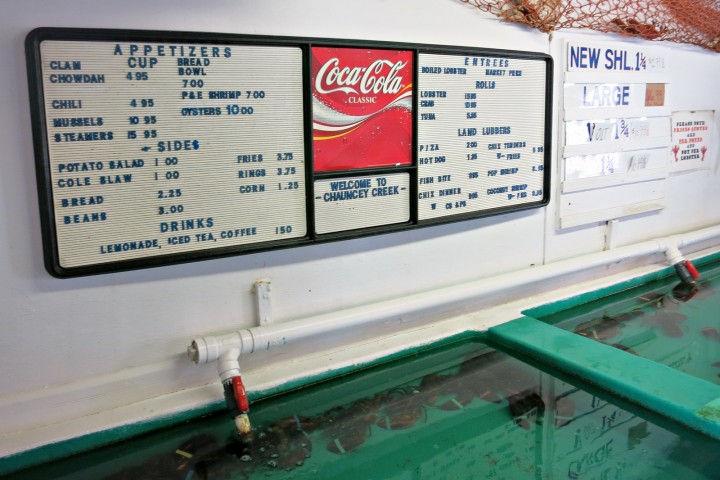 The menu at Chauncey Creek. 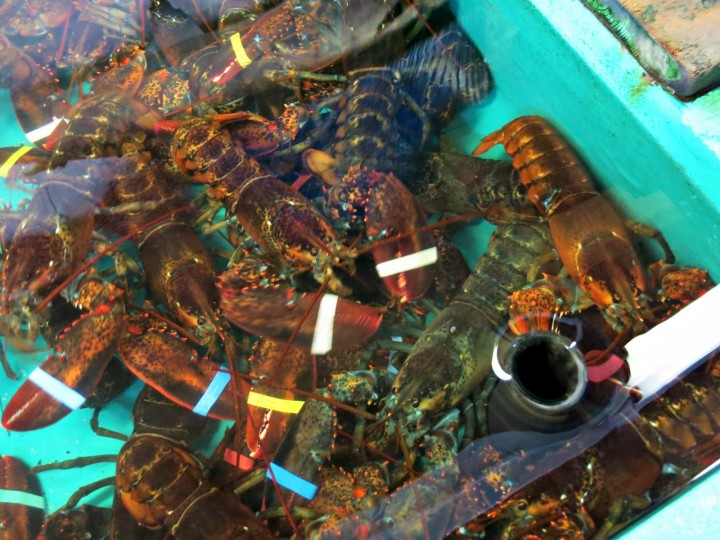 If you’re ordering anything other than boiled lobster, however, you do it at the nearby takeout-style window, but they’ll bring it to you. 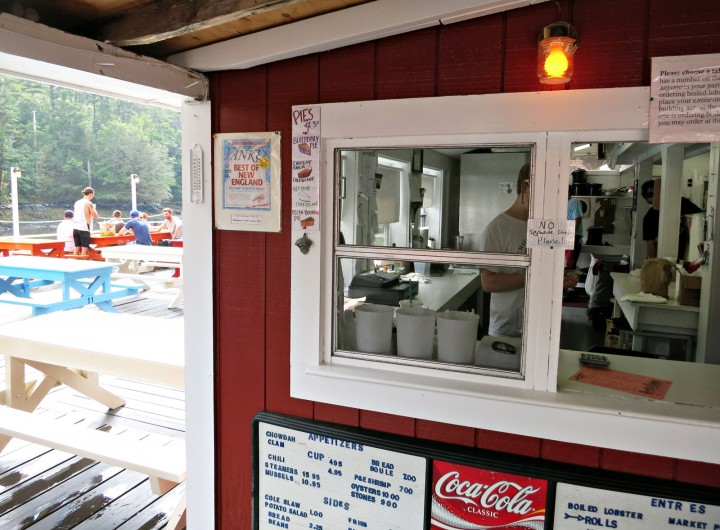 There’s also a takeout style window (though they still bring the food to you).

We were planning on boiling lobsters (grilling them, actually) at the house that night, so instead of going that route, we decided to get a variety of rolls, chowder, and steamers instead.

The lobster roll at Chauncey Creek is cold, dressed with Miracle Whip and nothing more, meaning no lettuce or celery. It comes on a plain hamburger bun (un-toasted), and is served with chips and a few pickle slices. The lobster meat itself was good, but I’m a “hot with butter” lobster roll kind of girl (as opposed to “cold with mayo”), and if it’s cold, I like it on a buttered and toasted New England-style hot dog roll, so this one was never going to be my favorite, especially at $16 – but maybe it’s yours. There’s a dream lobster roll for everyone out there. 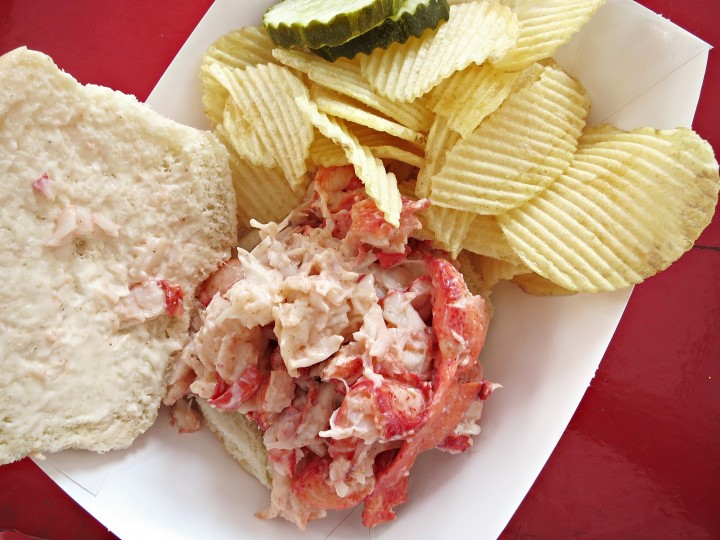 The crab roll was a bit more generous, and still served on a hamburger bun, this time with lettuce. 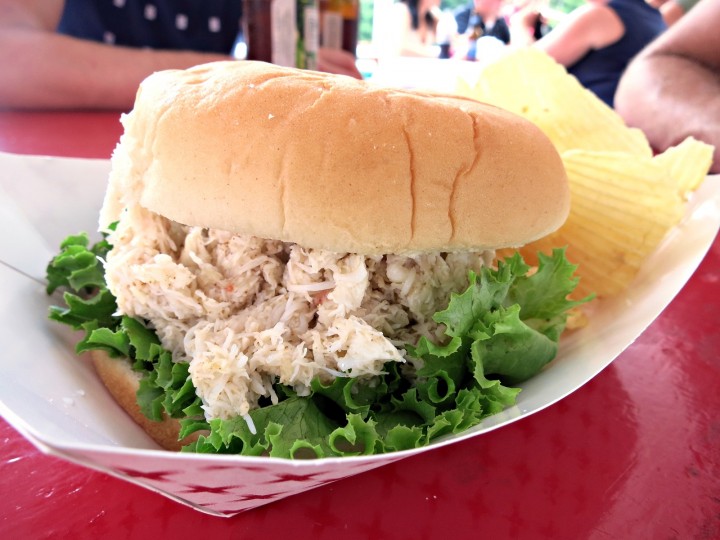 The crab roll was served on the same style bun, but with lettuce.

I didn’t get a photo of the steamers, but once you washed the sandy grit off them (and there was a lot of it), they were good. So was the clam chowder, but I hope you like dried parsley! 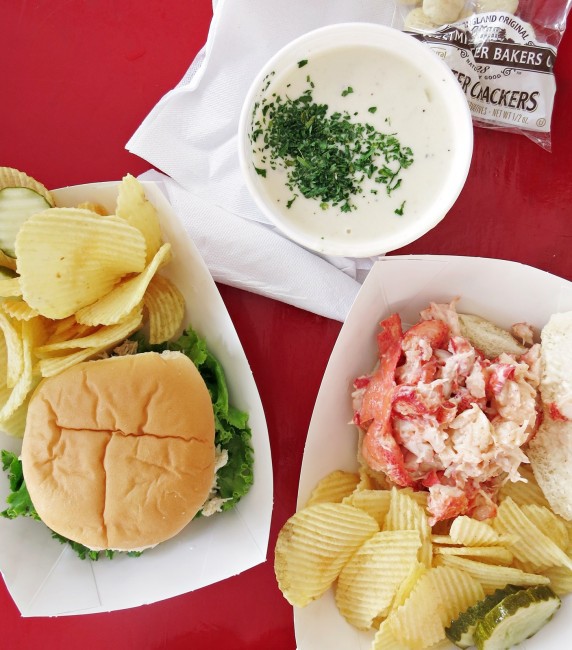 Surveying a few other picnic tables, I wished we’d gone with the boiled lobster and stopped first to pick up a few gourmet sides, a bottle of wine, or a salad. The most popular things about Chauncey Creek seem to be the view, the BYOB, and the boiled lobster dinners, so…lesson learned.

Still, it was a very pleasant lunch with good friends in a picturesque Maine setting on a summer afternoon. Now who can find any real fault with that? Not this Yankee.

Have you ever been to Chauncey Creek Lobster Pier? Which New England lobster shack is your favorite?

Road traffic accidents, the impact on your business and how, they can be avoided

'It's distressing' that no Black player has reached Wimbledon final in 24 years, says former finalist