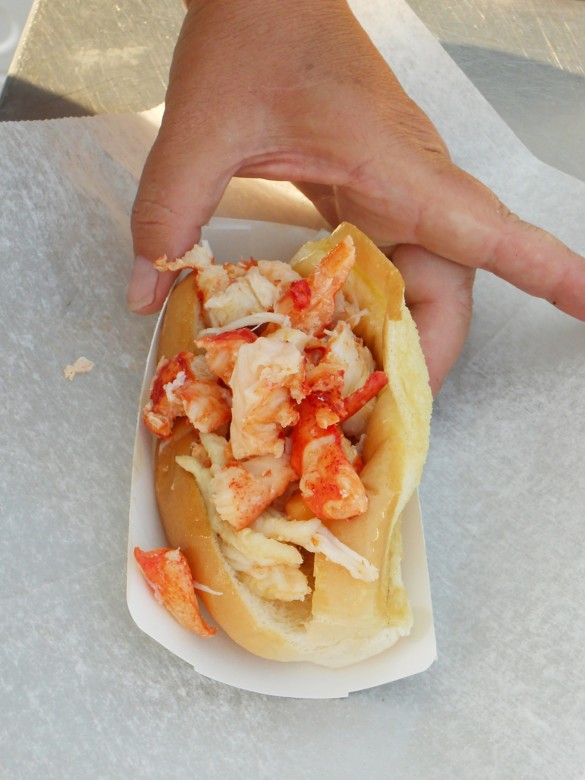 Located on the back deck and dock of a small lobster pound, this mom-and-pop operation is owned by one of the last active lobstermen on Long Island Sound. The roll here is picked fresh from the daily catch, features four ounces of fresh-picked lobster meat, and is served at picnic tables overlooking the surrounding marsh, harbor, and nearby Grass Island. Be sure to try the clear-broth clam chowder, chock-full of fresh clams and speckled with lively seasonings. 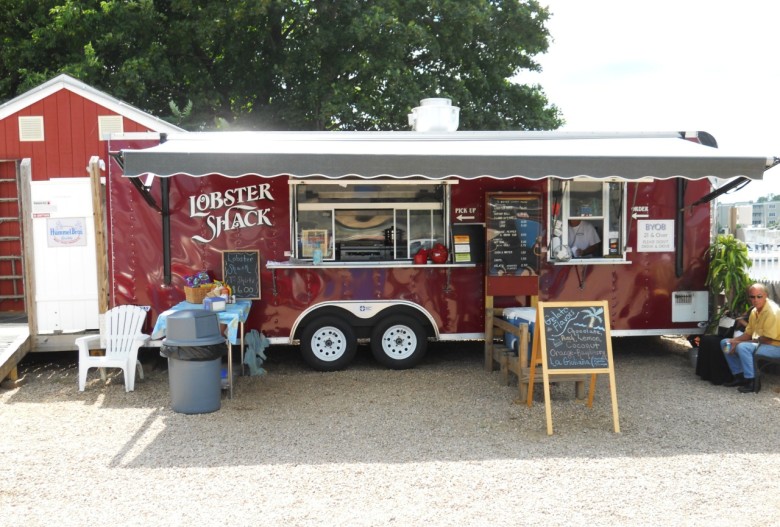 You can’t miss Lobster Shack’s bright red trailer, where wonderful, warm-buttered lobster rolls are served up throughout the summer. Owner Arlene Crismale presides over the stand, assisted by her husband, Nick, a clammer and former lobsterman. The lobster meat is heaped onto a toasted sub roll and spritzed with fresh lemon juice. You may also want to try a plate of Nick’s grilled clams or the homemade clam chowder. 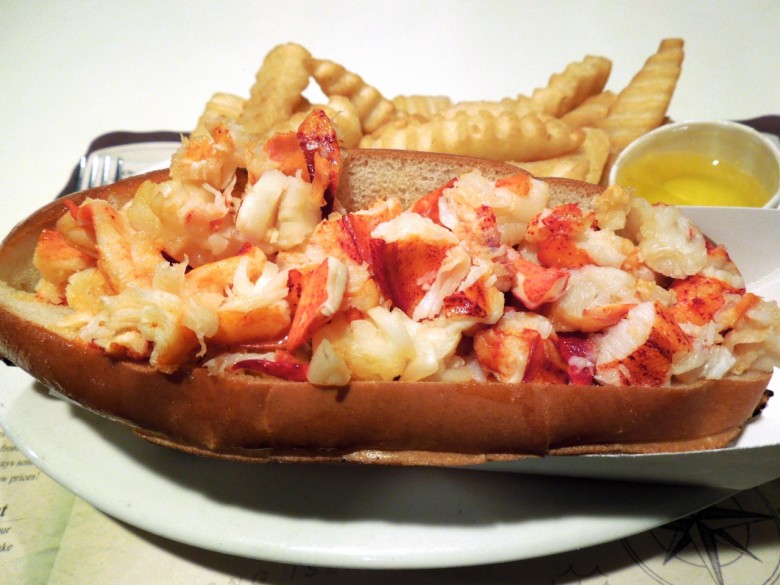 This perennial shoreline favorite still hits it out of the park with its generously portioned and buttered hot lobster roll, which is served on a toasted split-top New England–style hot dog bun with butter on the side. They also serve a good cold lobster roll here, though the hot version outsells it 10 to 1. Fried calamari makes for a great appetizer before you tuck into a lobster roll platter replete with coleslaw and French fries. 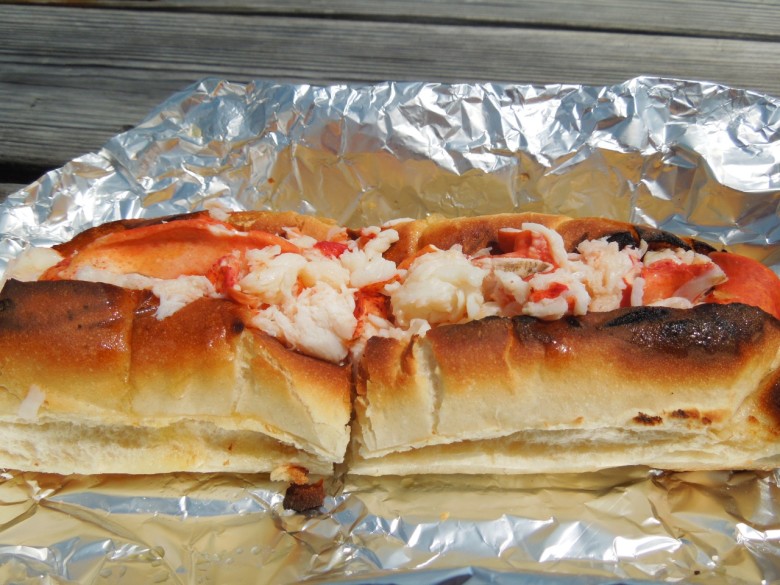 Enea Bacci (known simply as “Bacci”) reigns over this dilapidated shack hanging on the edge of Clinton Harbor. Enter the shack to see workers pick and butter up the lobster meat, which is then served on an oversize, toasted Italian grinder roll that’s wrapped in tin foil and delivered to your table. Lobster Landing is BYOB, and pinot grigio and Italian beers are the preferred beverages for harborside dining. 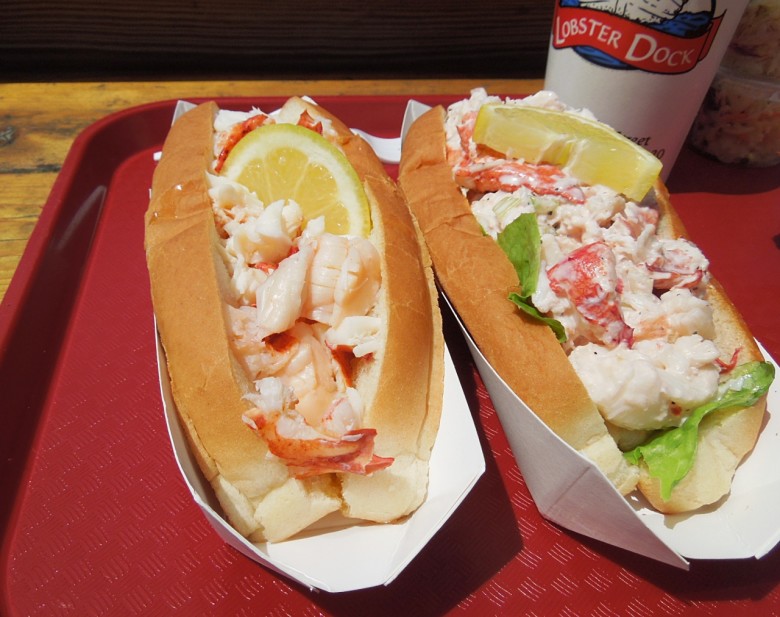 Wedged between the Amtrak Acela train tracks and a charter fishing boat harbor, Captain Scott’s is hard to find but tough to beat when it comes to lobster rolls in southeastern Connecticut. This busy seafood shack serves up hot and cold lobster rolls in small and large sizes, offering plenty of options for the lobster roll–famished. Be sure to try the clear-broth clam chowder, a Rhode Island original that’s also popular in Connecticut. 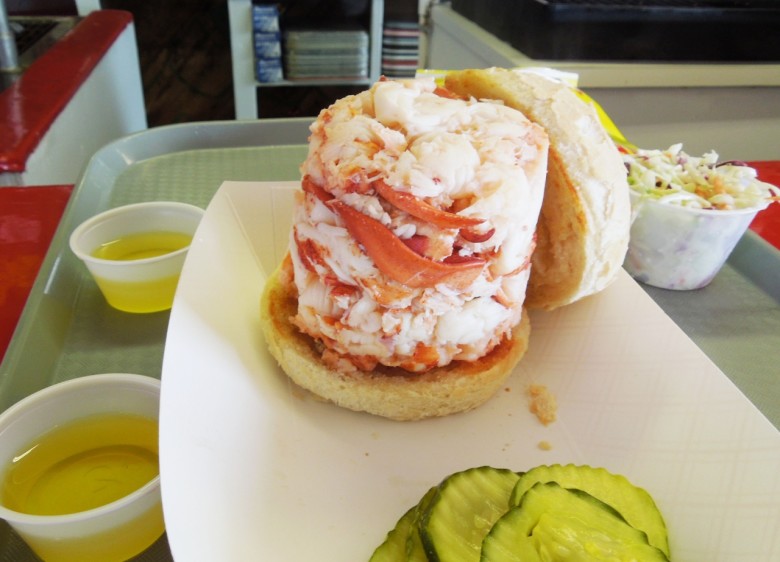 Abbott’s Lobster in the Rough, Noank

Abbott’s is known far and wide as the place to go for all things lobster on the Connecticut shoreline. Housed in a massive, low-slung building on picturesque Noank harbor, Abbott’s slow-steams its lobsters in vintage midcentury cast-iron vaults that perfectly seal in their natural flavor. Hot lobster rolls come in three sizes: the standard four-ounce version; the “OMG,” weighing in at about eight ounces; and the “LOL,” which tips the scales at nearly a pound. All are served on toasted, buttered hamburger rolls with cups of melted butter on the side. 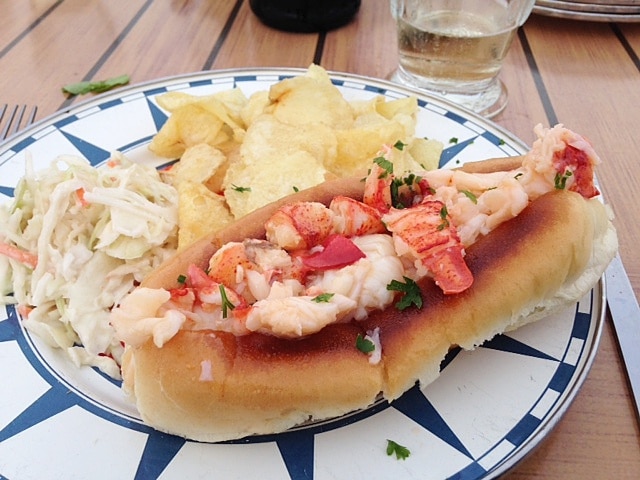 This relative newcomer to the Connecticut lobster scene popped up on Haring’s dock in Noank in 2010 as an add-on to the dock’s fuel and bait businesses. It has blossomed into a lobster magnet since then, offering a wonderful hot lobster roll and other lobster goodies, including the Lobster Bomb, a small loaf of hollowed-out bread stuffed with eight ounces of lobster meat and topped with a ladleful of lobster bisque. The harborside setting is rustically delightful.

Where are your favorite Connecticut lobster roll spots? Let us know!

Historic Amesbury, Massachusetts | A Small-Town Community in the City