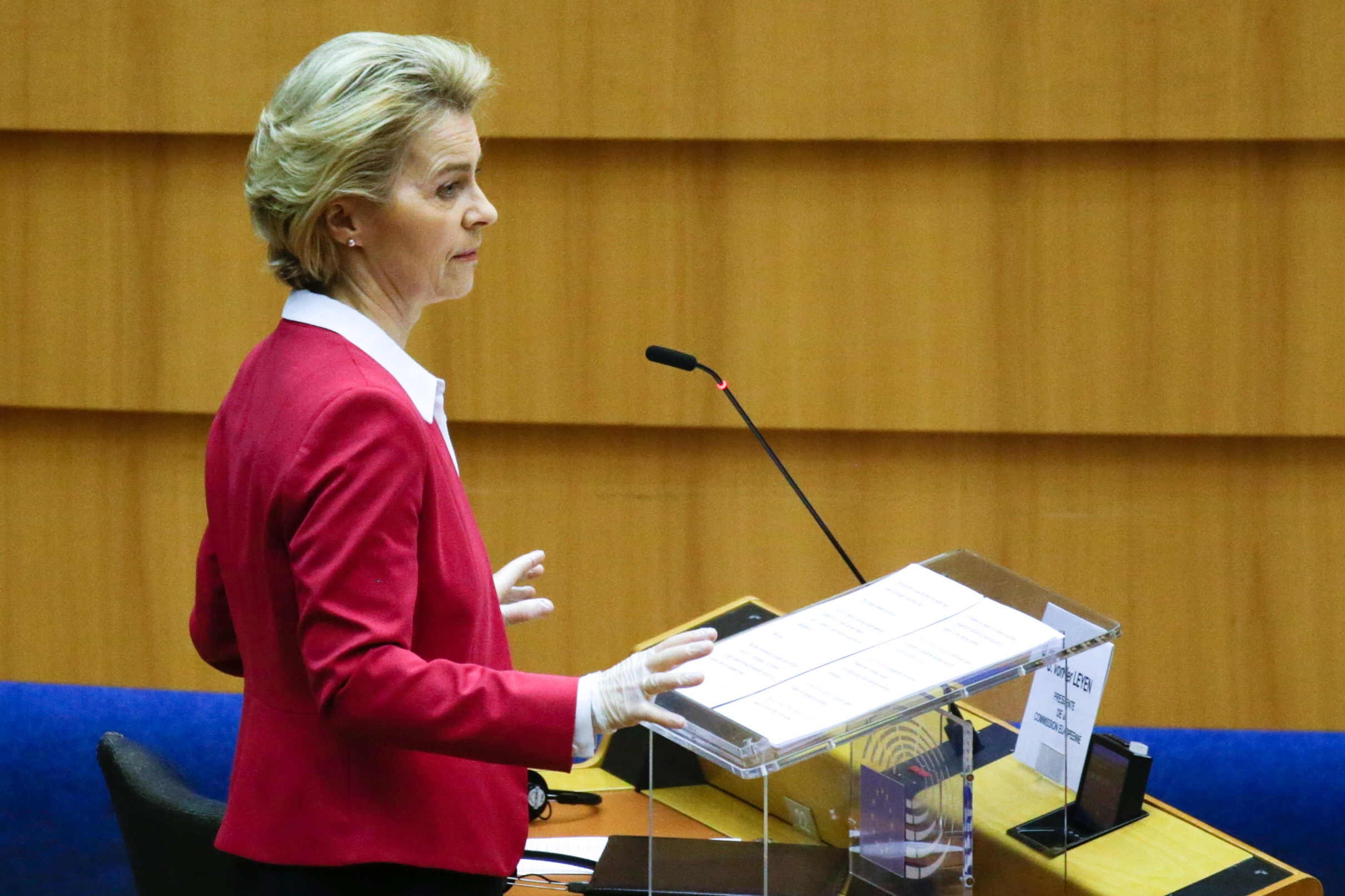 European Commission President Ursula von der Leyen will put the EU’s 2021-2027 budget “at the heart of our efforts” to fight the coronavirus crisis, she told POLITICO’s Brussels Playbook.

While the Multiannual Financial Framework isn’t the only tool in the box, “the MFF is a means of strategic investment and intra-European cohesion which is accepted by all EU member states,” she said, speaking over the phone on Sunday.

On Saturday night, von der Leyen announced the Commission would put forward an updated proposal for the 2021-2027 budget. The new plan would include a stimulus package, she said.

The move came after von der Leyen sparked controversy earlier in the day, when she appeared in an interview with German media to reject the idea of a common debt instrument, sometimes called a corona bond — a step called for by Italy and Spain but opposed by Germany and others.

The Commission president subsequently appeared to row back on the comments.

“We will help Italy and Spain very intensively,” von der Leyen told Playbook. “Several instruments, including bonds, are being considered and are discussed in the Eurogroup,” she added, saying that finance ministers have been mandated by the European Council to do so.