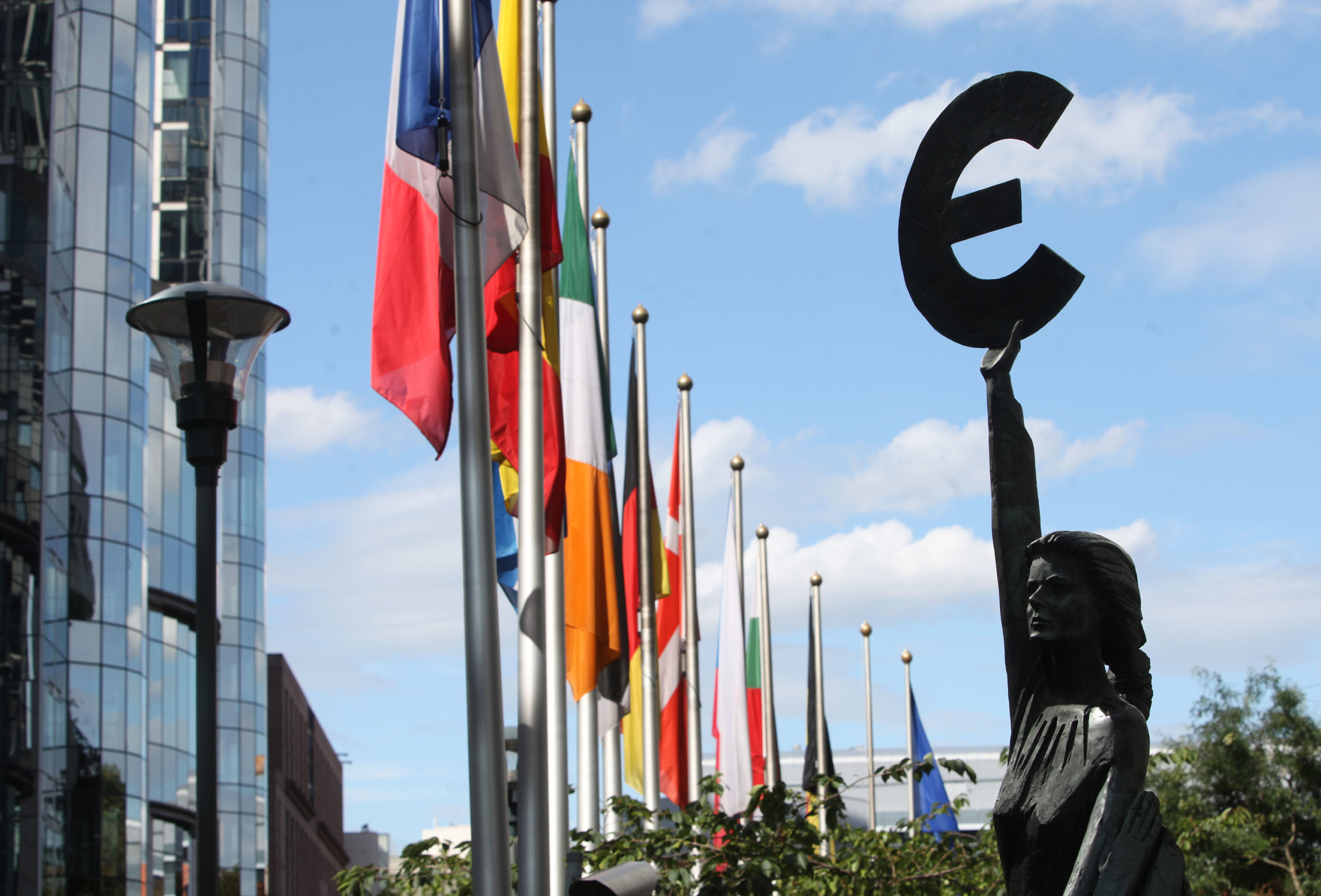 The eurozone economy hit record growth between July and September in what economists fear is a short-lived rebound from the first wave of the pandemic.

Gross domestic product in the 19 countries increased 12.7 percent during the third quarter, in an initial estimates by the EU’s statistics office Friday. Germany, the largest economy of the group, also reported record growth for the period on Thursday.

The figures represent a snap back from the eurozone’s second-quarter fall of 11.8 percent — itself a record — after government locked their economies down to stem the spread of the coronavirus.

The figures are only temporary relief. Rising infection rates have forced governments to reintroduce containment measures, threatening a double-dip recession.

The European Central Bank on Thursday signaled that it would beef up monetary policy in December to counter further economic downturns, while President Christine Lagarde pointed to “an outlook that is fairly dark.”

Prices in the eurozone continued to fall in October — another downward pressure on the economy for the current quarter. Eurostat’s flash estimate Friday said inflation this month stands at negative 0.3 percent, continuing a trend that started in August. The ECB aims for prices to rise at a pace close to but below 2 percent.

Unemployment has been holding steady. Fresh Eurostat data Friday showed a jobless rate of 8.3 percent across the euro area in September, unchanged from August.

Keilar calls out Rubio for attacking Biden picks over education