Eurozone misses a chance to cover its flaws with ‘corona bonds’ 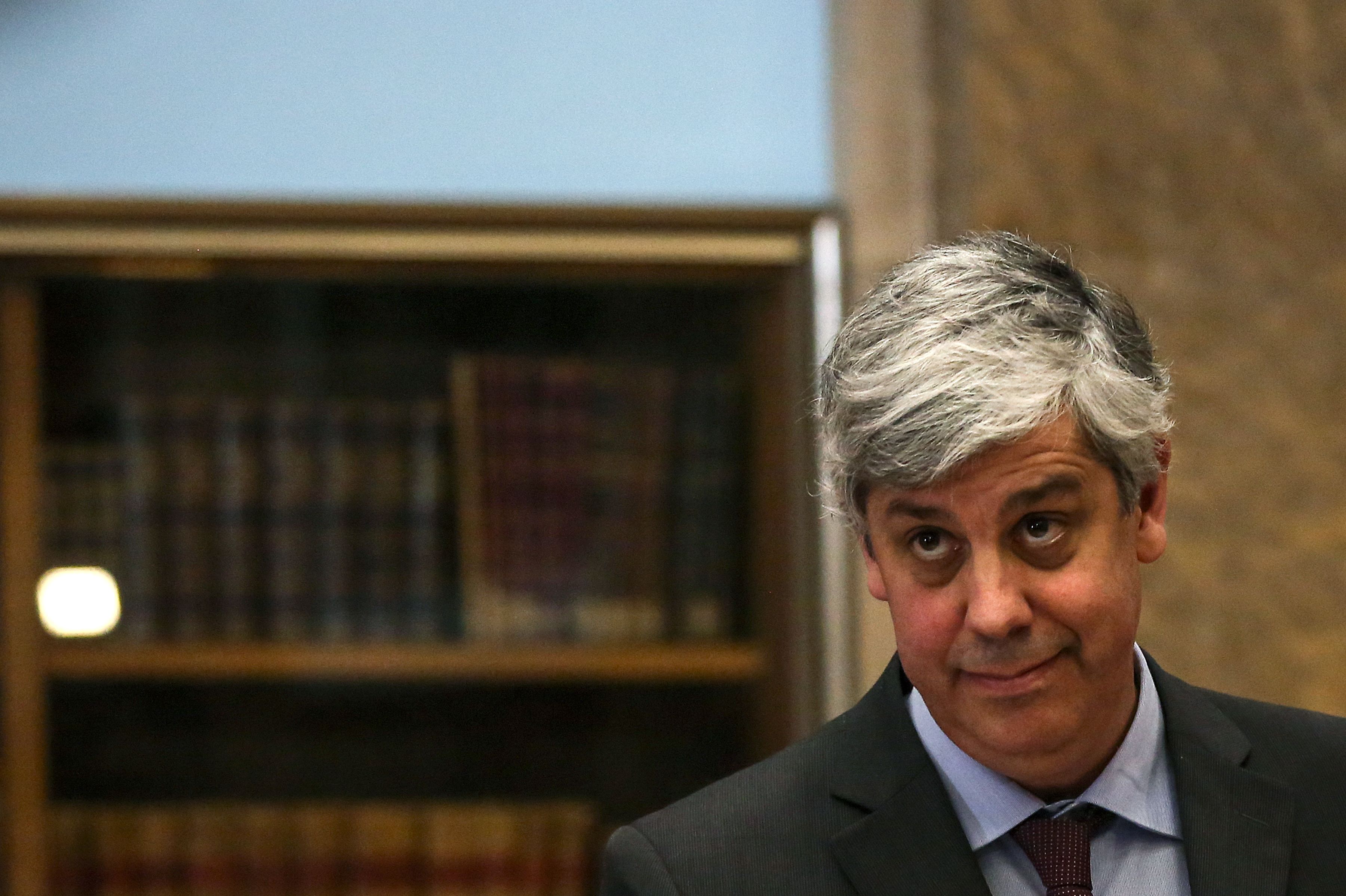 FRANKFURT — Europe’s currency union is passing up what could be its last chance to address its fatal flaw.

Eurozone finance ministers on Tuesday batted away suggestions that the coronavirus pandemic could be the catalyst for joint debt instruments, which would be the definitive statement that its members will stand by each other financially whatever happens.

Instead, the Eurogroup ministers made clear that whatever national governments have to spend to beat the virus, it will ultimately be for them to pay back.

Mário Centeno, chairman of the group, said after the meeting that the European Stability Mechanism would be the union’s first line of defense for a cash-strapped country.

That matters because the €400 billion ESM’s emergency loans remain the liability of the country taking them — assuring the Germans, Dutch, Finns and others that their savings won’t go to support supposedly profligate southern Europeans.

“Given the severe economic and fiscal repercussions of the coronavirus outbreak, investors have again started to question the sustainability of public debt in southern Europe” — Goldman Sachs analyst Alain Durré

With joint liability barred by EU law, investors must allow for the risk that, for example, Italy will not be able to keep up payments on its €2.5 trillion debt — at least while it uses the euro and can’t simply pay back in lira.

“Given the severe economic and fiscal repercussions of the coronavirus outbreak, investors have again started to question the sustainability of public debt in southern Europe,” Goldman Sachs analyst Alain Durré said in a note to clients on Monday.

The European Central Bank has for now covered some of these concerns with its latest monetary comfort blanket — the €750 billion Pandemic Emergency Purchase Program unveiled last week. Bigger than any program launched during the last euro crisis, it is more than enough to keep sovereign borrowing costs at acceptable levels in the near term — especially since the ECB gave itself the freedom to waive its usual limits on purchases from any one country, allowing it to buy disproportionately more Italian debt.

The ECB’s move bolstered confidence in Italian government debt. At one stage last week, Rome’s 10-year bonds were trading with an interest rate of more than 3 percentage points above its German counterpart — a spread in excess of 300 basis points, in market jargon. The level has since fallen below 200 basis points.

While that leaves Italy paying an interest rate of 2 percentage points higher than Germany, it’s considered sustainable by most economists.

Still, the difference in borrowing costs will persist as long as a shared debt instrument — along with other elements of a fiscal union to accompany the euro — are off the table.

Nine EU prime ministers, including those of Italy, France and Spain, on Wednesday called for such a bond to raise money for battling the economic fallout. They pushed the idea in a letter ahead of a videoconference summit meeting Thursday.

Northern skeptics are still lined up against the notion. After initially noncommittal noises from Chancellor Angela Merkel, German Economy Minister Peter Altmaier told Handelsblatt this week that talk of “corona bonds” was “a phantom debate.”

A corona bond would come with a guarantee from all member countries. That would put the financial firepower of Germany and the Netherlands behind a credit that might be used mostly to support other, weaker economies.

It is Italy — the global epicenter of the pandemic for the last three weeks — where fiscal constraints pinch hardest.

“This is an extraordinary situation requiring extraordinary measures” — Panicos Demetriades, former governor of the Central Bank of Cyprus

While Germany outlined support measures totaling over €1 trillion for its own economy earlier this week, including a whopping €156 billion budget deficit, cash-strapped Italy has had to limit itself to a €25 billion package of measures to stem the crisis, unable to spend more for fear of a lack of support north of the Alps.

In a further blow to hopes for joint action, Italy was rebuffed by finance ministers on Tuesday over an idea that the ESM emergency fund open up a credit line to all countries. That would spare Rome the stigma of applying for help — a sign of weakness that could scare off bond investors.

ESM leader Klaus Regling said after the meeting that it would be for individual countries to apply for loans as they see fit.

Overall, the refusal to take the leap with corona bonds represents a missed opportunity, said Panicos Demetriades, a former governor of the Central Bank of Cyprus and now a professor at the University of Leicester.

“This is an extraordinary situation requiring extraordinary measures,” Demetriades told POLITICO, although he added that an ESM loan for Italy “may make sense.”

However, others point out that the urgency of a health crisis reaching across borders will make it harder to resist calls to share the burden.

“I think there’ll be a one-off European solution that, out of solidarity, amounts to a ‘gift’ that will be mutualized across the member states,” said Sascha Steffen, a professor at the Frankfurt School of Finance & Management. But beyond that, he said, “there will have to be national solutions.”

This article is part of POLITICO’s premium policy service: Pro Financial Services. From the eurozone, banking union, CMU, and more, our specialized journalists keep you on top of the topics driving the Financial Services policy agenda. Email pro@politico.eu for a complimentary trial.

Poll: People in Spain, Italy and France overwhelmingly back lockdowns