Exclusive: Warren will make case to be Biden’s Treasury secretary 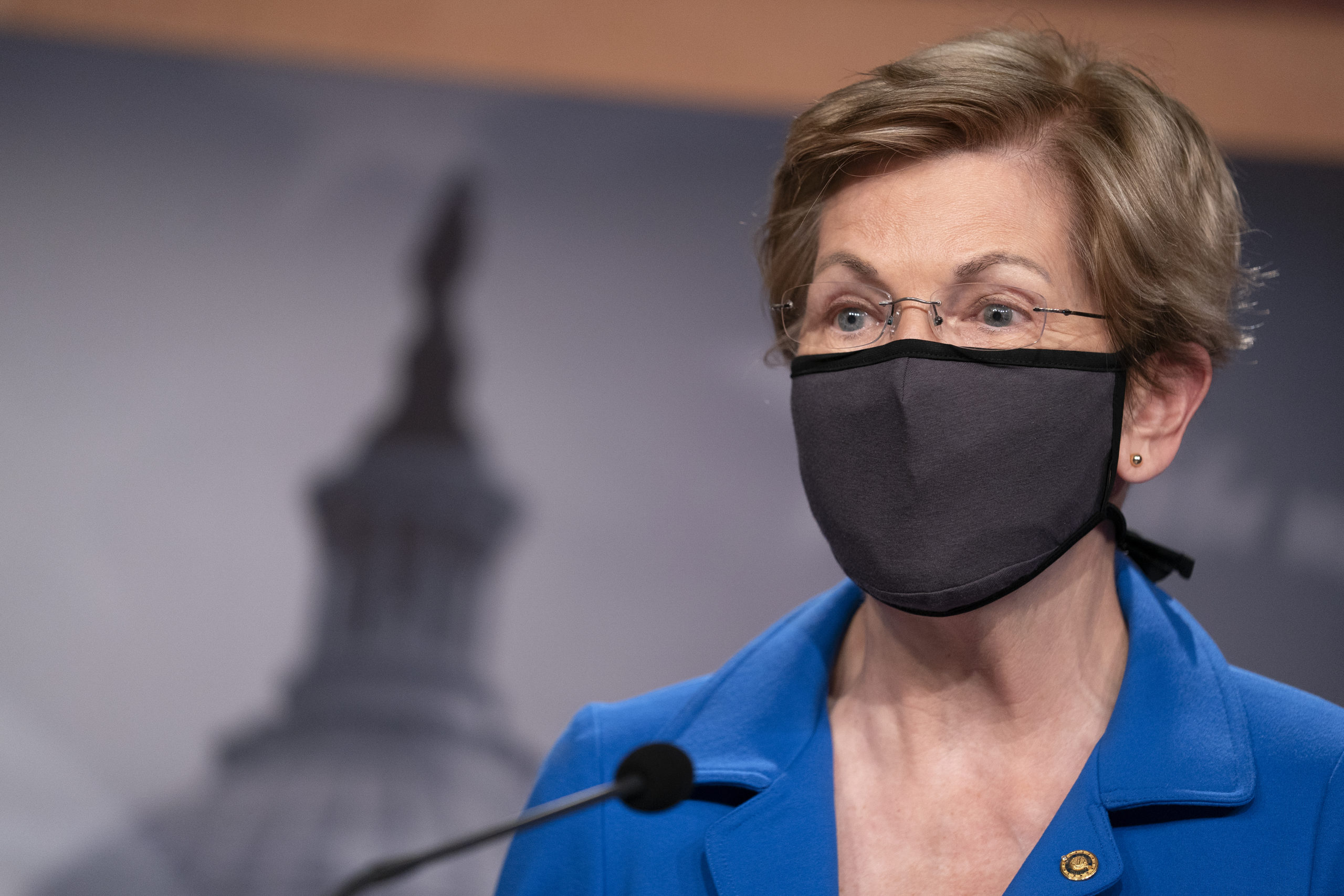 Elizabeth Warren wants to be Joe Biden’s Treasury secretary and will make her case for it if he wins next week, according to three Democratic officials who have spoken with her inner circle.

“She wants it,” two of them said matter-of-factly.

Warren’s moves could set up the marquee fight between the party’s left and its center over what will be one of the most consequential Cabinet roles in the next administration. The Treasury Department will be tasked with steering the U.S. economy out of a deep recession, even as the country continues to struggle with the coronavirus pandemic.

Tapping Warren would rally progressives who have been pushing — some quietly, others loudly — for her to get the role. But it would also likely draw strong opposition from Wall Street and some moderate Democrats.

“It’s 5 days out, we’re focused on the election and encourage everyone else to be as well,” said Warren spokesperson Kristen Orthman. The Massachusetts senator is set to campaign for Biden in New Hampshire this weekend.

While Warren has frequently been mentioned as a candidate for Treasury and she has developed a relationship with Biden as an economic adviser since ending her own presidential bid this past spring, there has been uncertainty abouther ambitions. She could stay in her safe Senate seat and still be a prominent national political voice.

But Warren allies say that the job is appealing because it is a once-in-a lifetime opportunity to enact some of the “big structural change” she talked aboutduring the presidential primary, rather than just pressuring Cabinet officials from her Senate perch. Much of her life’s work has revolved around the intricate rules and levers of power in the executive branch.

Warren also sees an opportunity amid the economic crisis wrought by Covid-19 to rectify what she thinks were mistakes in the Obama administration’s response to the Great Recession — namely, not doing enough to change the underlying systemic problems or focus on the most vulnerable.

That history could hurt her with Obama administration veterans who saw her as a populist grandstander. But it could also appeal to Biden, who is eager to put his own imprint on his administration and not just be Obama 2.0.

“She’d be the person to meet the moment,” said Sara Nelson, president of the Association of Flight Attendants labor union, who added that she doesn’t know anything about Warren’s plans and is focused on electing Democrats next week. “She understands all the failed strategies in the past in terms of how to rebuild the economy and how to shore up average Americans.”

A fourth Democratic source who spoke with former Warren staffers said if Warren does not get the Treasury spot, she would likely want to stay in the Senate and push for a seat on the chamber’s influential Finance Committee,which oversees the agency.

If Warren gets the nod, the pushback from Wall Street would likely be swift, given somebanking executives’fears that Warren would spearhead harsher regulations on the financial sector. It’s a reputation Warren herself embraced during the Democratic primary, touting reports that financial industry leaders were concerned about the possibility she could win the Democratic nomination.

The Massachusetts Democrat’s opponents in the business world are also whispering that her nomination to lead the Treasury Department could spook the markets, particularly the bond market, at a perilous moment — just as Biden is going to ask Congress for a multi-trillion dollar stimulus package.

Such warnings have effectively cowed past Democratic presidents. “I used to think that if there was reincarnation, I wanted to come back as the president or the pope or as a .400 baseball hitter. But now I would like to come back as the bond market. You can intimidate everybody,” James Carville said during Bill Clinton’s presidency.

Other critics in the financial sector have questioned whether Warren would be ready for the job: Despite her economic expertise, she has little direct experience with financial markets. Her allies counter that few people know more about both the markets and the executive branch than Warren, herself. They also point out that despite the apocalyptic rhetoric directed at her, she impressed centrists and progressives alike when she set up the Consumer Financial Protection Bureau.

Another potential obstacle for Warren: Massachusetts Gov. Charlie Baker, a Republican, would appoint her successor under current state law. Democrats, however, hold a supermajority in the state legislature and could decide to amend the current rules — for example by requiring the governor to choose a replacement from the same party as the previous senator, as seven states already do.

Being a Store Clerk on Black Friday in Covid-19 Era