Animals have always been a vital part of New England life and New England storytelling, from the oxen in the field to the dog by the hearth, from E.B. White’s Charlotte the spider and Dr. Seuss’s hat-wearing cat to Stephen King’s Cujo. (And let’s not forget our favorite monsters of the deep, from Jaws and Moby-Dick.) But believe it or not, some New England’s best animal stories are true. Here are a few of our favorite real-life famous animals of New England. 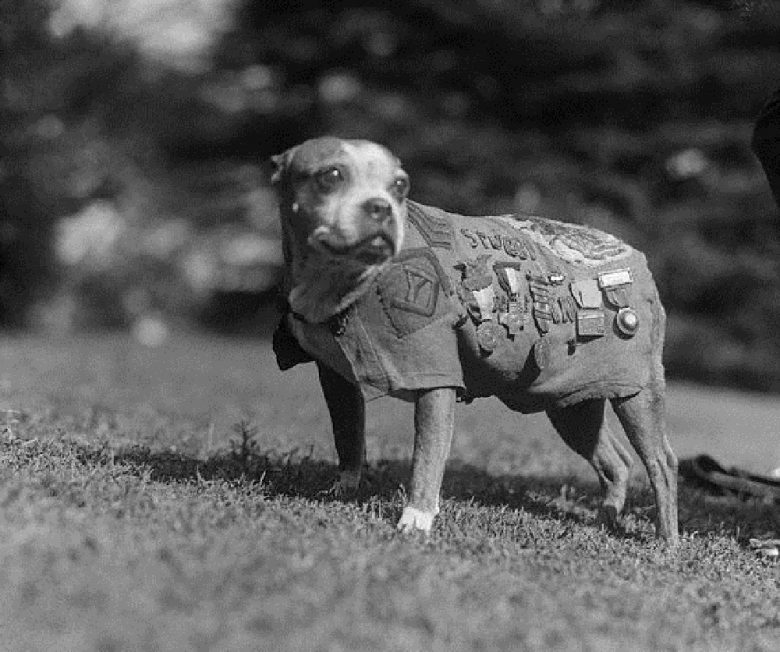 Though the date and details of his birth are unknown, the dog that would become the most decorated canine in U.S. military history was scrounging food on the streets of New Haven, Connecticut, when he began his journey to fame. In 1917, after being found wandering the Yale University campus, he was unofficially adopted by members of the 102nd Infantry, who had been training there. They taught him tricks, and dubbed him “Stubby” because of his short legs and tail. When the time came to ship out to France, Private Robert Conroy had grown so attached to Stubby that he sneaked him aboard. But Stubby turned out to be no mere pet: During an 18-month “tour of duty,” he was on the scene of at least 17 battles and proved himself an invaluable detector of mustard gas and incoming artillery shells; he also had a talent for locating wounded soldiers. His most impressive feat, though, was described this way in The New York Times: “In the Chemin des Dames, Stubby captured a German spy.… Hearing a sound in the stillness of the night, the dog, who guarded sleeplessly, stole out of the trenches and recognized—a German. Attempts by the German to deceive the dog were futile. Seizing his prisoner by the breeches, Stubby held on until help arrived.” Following the war, Stubby returned home to America, where he met with presidents Woodrow Wilson, Calvin Coolidge, and Warren G. Harding and generally lived the life of a celebrity before passing away in his sleep in 1926. Today, a life-sized bronze statue of Sergeant Stubby stands in the Connecticut Trees of Honor Memorial at Veterans Memorial Park in Middletown, Connecticut. 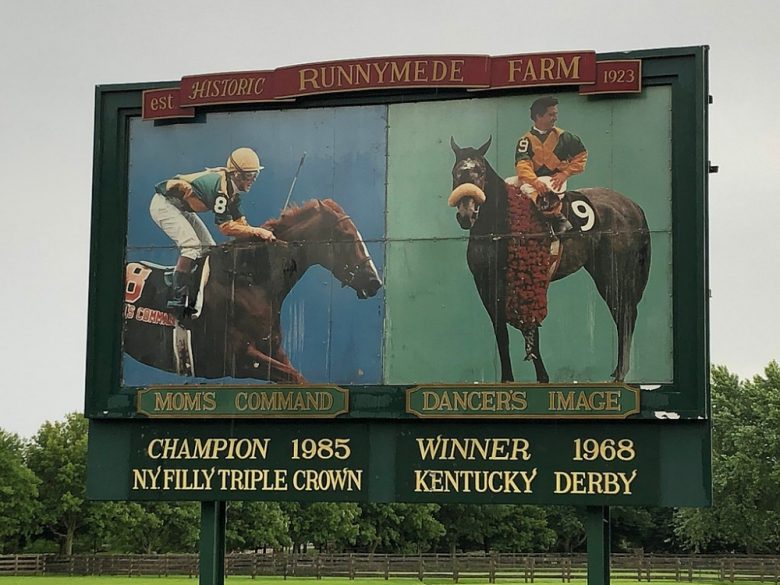 A New Hampshire–raised thoroughbred named Dancer’s Image made headlines around the world in 1968, first by winning the Kentucky Derby, and then by becoming the first winner ever to be disqualified. In the race, Dancer’s Image surged from last place to win by a decisive one and a half lengths. Afterward, however, officials conducted a blood test on Dancer’s Image — supposedly at random — and found traces of the painkiller phenylbutazone, a drug prohibited from use during a race. They then awarded the Derby title to second-place finisher Forward Pass. Many in the racing world were stunned, as owner Peter Fuller and his trainer, Lou Cavalaris, were considered to be men of credibility and honesty. And how did the phenylbutazone get into Dancer’s Image’s system? A vet named Alex Harthill had used the drug earlier on Dancer’s Image to treat an ankle injury, but all traces should have been out of the horse’s system by race day. Fuller, who died in 2012, reportedly spent $250,000 in legal fees to try to regain his Kentucky Derby win, claiming he had been sabotaged by someone who either gave Dancer’s Image the drug or altered the test results. What happened that day still remains a mystery — although some, including Fuller himself, have speculated that the incident was payback for Fuller’s support of Martin Luther King Jr. and the civil rights movement. 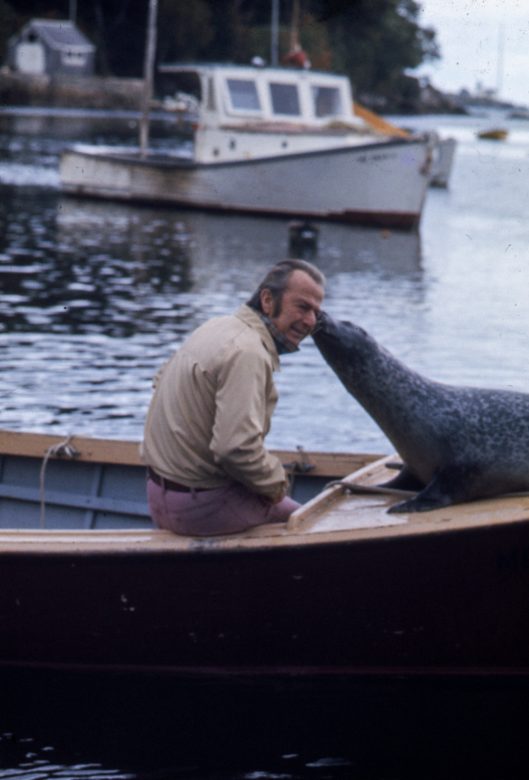 Andre and Harry Goodridge in Rockport, Maine, in 1974.

Adopted as a pup by Harry Goodridge of Rockport, Maine, in 1961, Andre the harbor seal became a star of the New England coast for 25 years. Though Goodridge had a habit of taking in pets, few became as ingrained in the family’s life as Andre: He swam and went sledding with the five Goodridge children, and they all watched Flipper together on TV. Riding around town in the back of the family’s station wagon, Andre would get plenty of stares. As he grew, Andre would come and go as he pleased — sometimes staying at the house, other times disappearing for a stretch. Eventually Andre started spending winters at the New England Aquarium in Boston and his summers in Rockport Harbor. Every spring for over 20 years, he would swim the 150 or so miles north to Rockport, where he was greeted as  honorary harbormaster. A larger-than-life granite statue of Andre was dedicated at the Rockport boat landing in 1978. When Andre died in 1986, he was believed to be the oldest living harbor seal. He was the subject of at least two children’s books, as well as a 1994 feature film that was most notable for the regrettable casting of a sea lion as Andre. 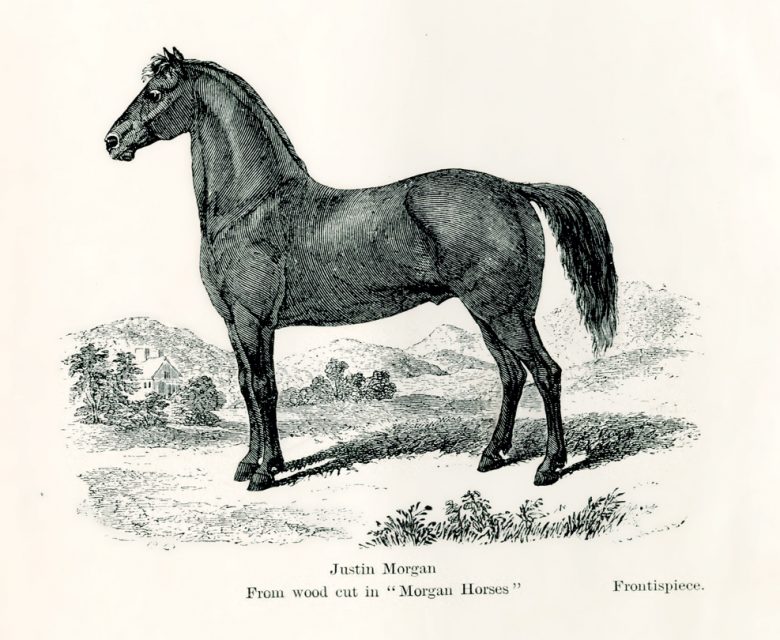 The oldest existing image of Figure, the founding stallion of the Morgan horse breed.

Courtesy of the Vermont Historical Society

Of all of the animals on this list, none has had a more lasting legacy that Figure, the original stallion of the Morgan breed. Foaled in 1789, Figure was a few years old when he came to be owned by Justin Morgan of Randolph, Vermont. As Figure matured, tales of his strength and physical prowess spread across New England. He was occasionally raced or entered into pulling contests, and sometimes loaned out as a powerful laborer, but most of all he was a popular stud horse. Figure was always known as the “Justin Morgan horse,” despite having a series of other owners in his later life. In 1817, Figure was exhibited at the Randolph, Vermont, fair, and in July of that year he was chosen to be the parade mount for James Monroe during the president’s visit to Montpelier. Figure was living on a farm in Chelsea, Vermont, when he passed away in 1821; a grave marker still stands on the property. 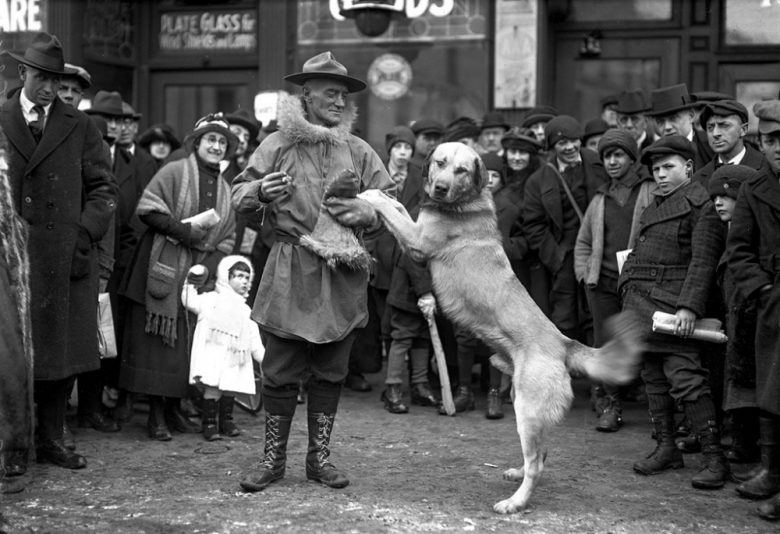 Chinook with his breeder and owner, Arthur Walden, in 1922.

During the era of the Klondike gold rush, sled dog drivers could be celebrities — and Arthur Walden was among the most famous. His exploits took him all across Alaska and the Yukon, but it was in the town of Wonalancet, New Hampshire, that he made his home. And it was here, in 1917, that he bred and raised his best sled dog: Chinook, who would become world-famous during his life as well as siring a namesake breed. Chinook had the speed, power, stamina, and cold tolerance required of a great lead dog, but perhaps most important he was intelligent, gentle, loyal, and friendly. Walden bred Chinook extensively, and soon had teams of “Chinooks.” In competitions, Walden and his Chinook teams — often with Chinook himself as lead dog — dominated the field. In 1928, Walden was chosen to join Admiral Richard E. Byrd’s mission to the South Pole, and Chinook came along. Sadly, on the day of his 12th birthday, Chinook went missing and was never to be seen again. News of his death spread around the world, and at Walden’s request, New Hampshire officials renamed the road between Tamworth and Wonalancet the “Chinook Trail.” 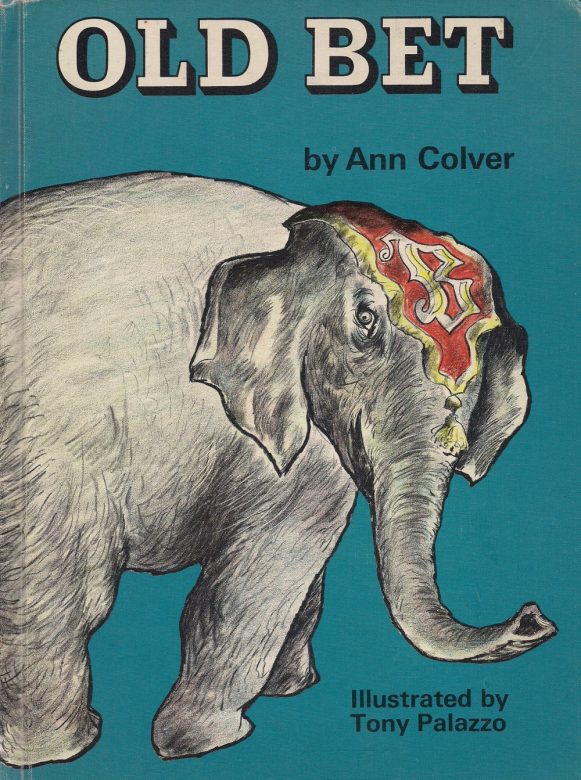 Old Bet, one of the first elephants in the United States, met a tragic end in Alfred, Maine, in 1816.

Though Old Bet was not the first elephant to be brought to America (that happened in 1796), her life is better chronicled than that of her predecessor, the so-called Crowninshield elephant, in part because she was part of one of the country’s very first circuses, one run by a farmer and entrepreneur named Hachaliah Bailey. Old Bet first turned up in Boston in 1804 as part of a menagerie, but she was soon purchased by Bailey. He traveled with her from town to town, charging 25 cents for a viewing. In 1816, they sailed up the Kennebec River, making several stops before arriving in the town of Alfred, Maine. When they were leaving town, a farmer named Daniel Davis shot and killed Old Bet for unknown reasons. Bailey kept the tour going by displaying Old Bet’s remains, but this proved to be a lesser attraction. In time, the remains were retired to the American Museum in New York City, which would later be purchased by Connecticut’s own P.T. Barnum. 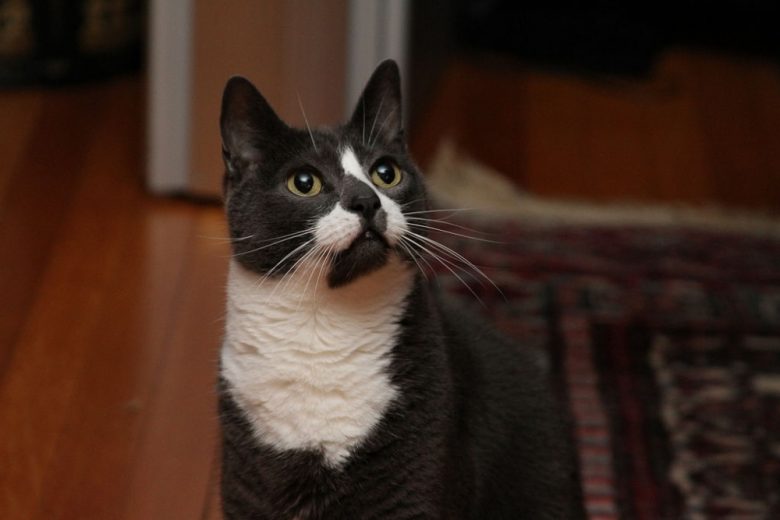 Sockington the cat (aka Sockamillion) boasts more than a million Twitter followers.

Modern times, of course, have created modern animal celebrities. In 2007, Sockington was just an ordinary house cat in Waltham, Massachusetts, when owner Jason Scott started making Twitter posts on his behalf; today the former Boston stray has well over a million online followers. In 2014, Sockington was selected by Parade as the nation’s No. 1 pet social-media sensation. In his tweets, Sockington (who also goes by Sockamillion) weighs in on the important events of the day from a cat’s point of view. On June 15, 2019, for instance, Sockington shared:

IF YOU FEEED ME YOU’LL UNDERSTAND WHAT HAPPINESS IS

ooo the sound of an opening can 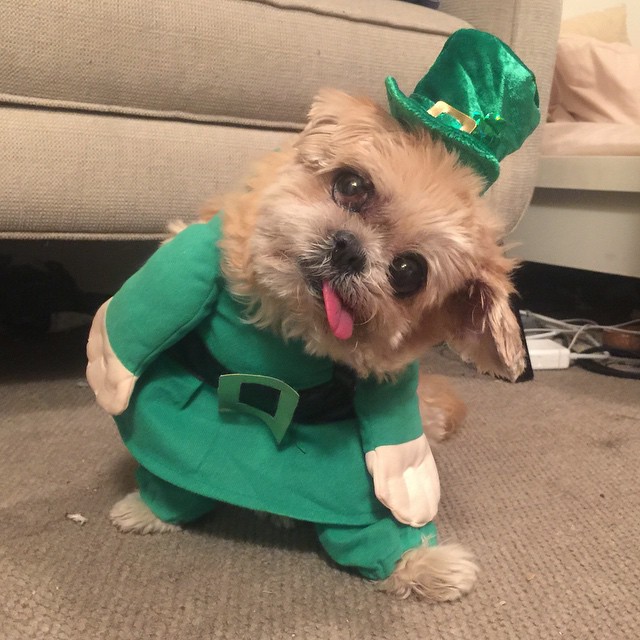 This Connecticut rescue dog named Marnie is an Instagram star who has notched photo ops with celebrities like Usher and Demi Lovato.

Marnie the Shih Tzu was a complete unknown when she was spotted in a Connecticut shelter by a woman named Shirley Braha in 2012. At the time, Marnie — then nicknamed Stinky — was afflicted with tooth decay, deteriorating vision in her left eye, and hearing loss, among other ailments. Braha adopted her and moved to New York City, where Marnie was treated for her various maladies and started on the road to an unlikely recovery. One thing that didn’t change, however, was a pronounced head tilt, believed to have been caused by a balance disorder. That head tilt has become Marnie’s signature on Instagram, where she has garnered nearly two million followers since Braha started posting her photos in 2014. Marnie has traveled the country, hobnobbed with celebrities like Taylor Swift and Jimmy Kimmel, and modeled a great many outfits (about which she seems to be a good sport). In 2016, she was featured in TV and print advertisements for the legal services website Avvo.

Do you have a favorite New England celebrity animal? Let us know!