Prides Crossing is a lovely part of Beverly, Massachusetts, with secluded old estates off a scenic stretch of Route 127 where the tree-shaded road bends along the coast. At its center, near the railroad station, is a tiny post office annex, a chocolates store, and an open secret I only recently learned of.

In the wake of last June’s Black Lives Matter protests, I was scrolling through my Twitter feed when I came upon “Set at Liberty,” an online exhibit by the local historical society, Historic Beverly, about slavery in the city. It told the story of a woman named Juno and her slaveholder, a prosperous landowner named David Larcom. He was threatening to sell several of her children to slaveholders in the South, and Juno, 55 years old and in bondage since she was a child, sued to stop him. 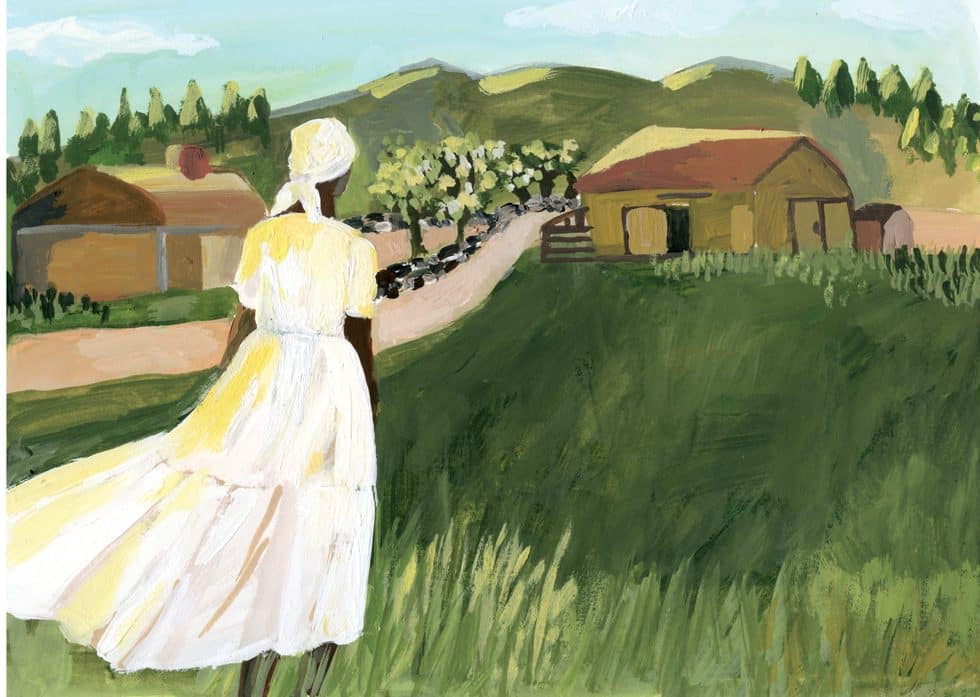 I have lived in Beverly for most of my adult life; we raised our children here. I am a well-traveled journalist and an author who wrote a narrative history of a pioneering black athlete. And I have never heard stories of Beverly’s 18th-century slave population. The city’s glorious Revolutionary War past—the heroic sea battle in shallow waters off Independence Park—is common knowledge. We were the site of General George Washington’s first naval base, in 1775, a fact announced by an ornately lettered sign at the city limits. Beverly’s slavery ties, and Juno’s story, seemed to arise from nowhere, and yet for me it felt like a timely resurfacing of history, vital to this moment.

I set out with two stops in mind: Historic Beverly, whose papers pertaining to slavery had been recently reviewed by the National Museum of African American History and Culture, and the site of Juno’s farm, which apparently was located up the hill from the Prides Crossing rail stop at a hidden entrance to a private neighborhood of expensive homes, some overlooking the Atlantic.

I was the first visitor in months at Historic Beverly’s headquarters, the Cabot House, using mask and gloves to spend time with its 17th- and 18th-century slavery papers. There was an original handwritten note from Larcom: a bill of sale for Juno’s 12-year-old son, Reuben. And there was Juno’s 1774 court petition, in which she explained her background and the urgent reason for action. “Master Larcom has sold two or three of my Children,” she testified, “and now I am oneasy By reason of selling my children … judge ye Weather or noe I hadent ort to Be set at Liberty.”

Future president John Adams argued on Juno’s behalf; however, the case was dismissed after Larcom died in 1775. In the aftermath, Juno unilaterally declared her freedom and that of her children, which was uncontested by Larcom’s widow.

For the rest of her days, Juno lived in a house on a half-acre of land deeded to her family adjacent to the Larcom farm, near present-day Saint Margaret Church. Shortly before her death in 1816, at age 92, she bequeathed the property to her daughter Chloe and “my long loose gown” to her daughter Flora.

I rode my bike to the address a few weeks later. A handsome old stone wall formed the entrance into the hillside neighborhood just over the railroad tracks. A 19th-century Larcom descendant remembered Juno’s house as being so close to the tracks it “shook” when a train passed. Of course, there is no building left. But when I told a friend who lives in the neighborhood about Juno, she said the handwritten deed to her family’s property describes the development’s boundary—the exact wall I was looking at—as “Larcom Gate.”

She had never heard of the story of Juno, either.

Amid One Pandemic, Students Train for the Next

IBM Pledges to Return to Growth in 2021