#2016 Turn a service into a subscription

Teaching in the Pandemic: ‘This Is Not Sustainable’

How to Create Your 2021 Marketing Strategy

Factors that help in the Smooth Running of your Business

Don’t Diversify Away From Amazon. Go All-In Instead.

The Guardian is reinventing the wheel. Its leader yesterday said:

Nobody but the government can take responsibility for maintaining the total level of spending in the economy at a level that keeps the country as close to full employment as possible.

Like all the best ideas, this is not original. In fact, it’s as new as powdered eggs or Woolton pie. It echoes this from William Beveridge in 1944 (pdf):

It must be a function of the State in future to ensure adequate total outlay and by consequence to protect its citizens against mass unemployment. (Full Employment in a Free Society, p29)

Which poses the question: why has Beveridge’s thought been so forgotten that it must now be rediscovered?

The answer is that, by the mid-70s, full employment was causing inflation, industrial unrest and a squeeze on profit margins, much of which vindicated Kalecki’s famous prophecy (pdf):

Under a regime of permanent full employment, the 'sack' would cease to play its role as a disciplinary measure. The social position of the boss would be undermined, and the self-assurance and class-consciousness of the working class would grow. Strikes for wage increases and improvements in conditions of work would create political tension.

Partly fueled by this, there was an intellectual backlash against Beveridge’s Keynesianism. Insofar as full employment was a policy aim at all, many economists thought it should be pursued by the control of inflation, supply-side reforms of labour markets such as controlling trades unions and curbing welfare benefits, and giving businesses a stable environment in which to invest and grow. Although this general approach took many specific forms – monetary targets were swiftly abandoned for example – New Labour largely continued it, as did the Tories with George Osborne’s idea of “fiscal conservatism and monetary activism”. 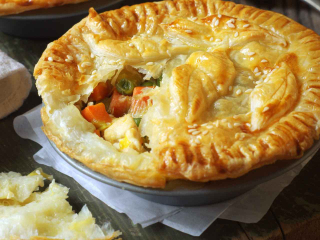 This approach, however, has failed. Even at its low-point last year, there were 1.3 million officially unemployed, another 1.9 million out of the workforce wanting a job, and millions more not working the hours they’d like.

Which lends credence to the Guardian’s rediscovery of Beveridge’s claim.

But would this actually work?

In a sense, it’s not really ever been tried. We didn’t see much counter-cyclical fiscal policy in the post-war decades. Full employment probably owed more to the fact that the war had created a huge backlog of demand – although it’s also possible that the mere assurance that governments were committed to full employment helped sustain expectations of demand.

If wage-led growth is to be feasible (pdf) capitalists must continue to invest in the face of incipient wage pressures in the expectation that aggregate demand would stay high.

But this is doubtful. Higher wages might not lead to proportionately higher demand. This would be the case if workers use their pay rises to pay off debt or save more, or if they buy foreign goods and services instead: some researchers have found that wage-led growth is less likely in open economies for this reason.

Also, there are two big differences between now and the immediate post-war period. Back then, capital spending and private sector hiring stayed strong because there was a backlog of innovations and a high profit rate. But as Robert Gordon and Michael Roberts have shown, these factors are now absent.

And then there’s the problem that neoliberalism is partly performative. For decades, industrialists have become accustomed to slack labour markets and a quiescent labour force. Ending this regime could in itself weaken animal spirits.

What’s more, a big section of capital would be ill-served by wage-led growth. Finance capital does well from weak aggregate demand because this cuts the interest rates on which leveraged strategies depend: Ford might have needed full employment; Goldman Sachs does not.

For these reasons, there’ll be strong capitalist opposition to a return to Beveridgeism – objections which I fear will apply just as strongly to a job guarantee. Which matters, because full employment is not merely a matter of technical know-how, but of class power. As Kalecki said:

The assumption that a government will maintain full employment in a capitalist economy if it only knows how to do it is fallacious.

But what inference should we draw from this?

It is NOT that full employment is impossible. Rather, it is that it is incompatible with capitalism.

This, of course, is not a new inference nor even a uniquely Marxist one. The monetarist/new classical backlash against Keynesianism was not the only intellectual response to the crisis of the 70s. There was another one. Some economists showed that full employment could be sustained with worker ownership: Martin Weitzman called this the share economy and James Meade wrote of labour-capital partnerships. Full employment created inflation because it fueled a “battle of the mark-ups”. But if workers and capitalists are the same people, the battle lines disappear.

Beveridge actually anticipated something like this response. In 1944 he wrote:

Whether private ownership of means of production to be operated by others is a good economic device or not, it must be judged as a device. It is not an essential citizen liberty in Britain… If…it should be shown by experience or by argument that abolition of private property in the means of production was necessary for full employment, this abolition would have to be undertaken. (Full Employment in a Free Society, p23)

This approach has, however, been almost totally forgotten – including, it would appear, at the Guardian.

So great and so total has been the intellectual regress of recent decades that our most left-wing newspaper today is far to the right of a man whose mindset was that of a nineteenth-century liberal.

Choose a Gift That Changes Lives

How to fight the holiday blues this year