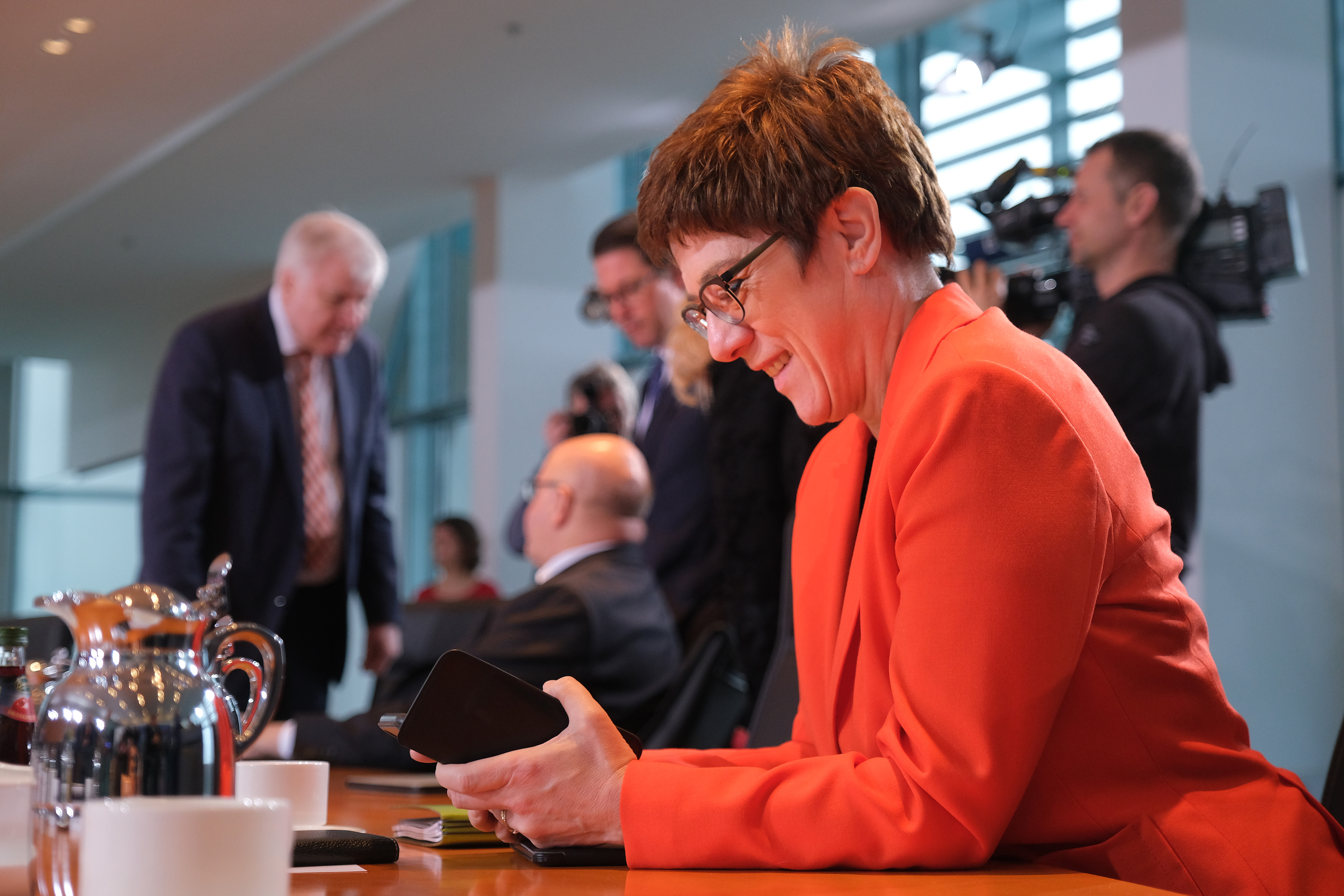 BERLIN — Germany’s governing Christian Democrats (CDU) on Monday accelerated the search for a new leader following a series of setbacks, including a crushing defeat in a state election in Hamburg the previous day.

Party chiefs decided to hold a special congress on April 25 to elect a successor to Annegret Kramp-Karrenbauer, who announced earlier this month that she would stand down after failing to stamp her authority on the CDU during little more than a year in the post.

The next CDU leader will have a strong claim to be the center-right candidate to succeed Angela Merkel as chancellor in a general election due in the fall of next year. Merkel handed over the party leadership to Kramp-Karrenbauer in December 2018 but remains head of government.

“We will hold a party congress on April 25, it will be one day and it will take place here in Berlin,” Kramp-Karrenbauer told reporters at CDU headquarters. “At this party congress, a new chairperson will be elected.”

Kramp-Karrenbauer had initially suggested the party choose her successor at the end of this year. But party bosses decided they needed to act more quickly in an effort to stem instability within the CDU.

The party has been rocked by the fallout from regional CDU lawmakers voting with the far right to elect a premier of the eastern state of Thuringia and by one of the worst results in its history in the Hamburg election. The Christian Democrats secured only 11.2 percent of the vote in the northern port city.

So far, Norbert Röttgen, the chair of the Bundestag’s foreign affairs committee and a former environment minister, is the only declared candidate for the CDU leadership. However, Health Minister Jens Spahn, North Rhine-Westphalia state premier Armin Laschet and former CDU official Friedrich Merz have also been widely mentioned as potential candidates.

While the CDU leader is usually also the center-right nominee for chancellor, Bavarian premier Markus Söder, leader of the Christian Democrats’ sister party in the southern state, is also seen as a potential candidate for that role.