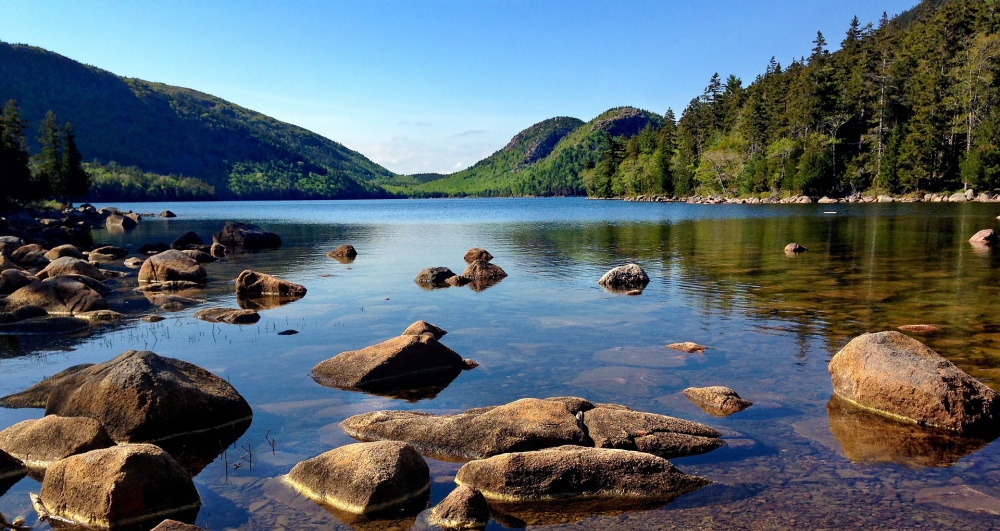 Maine may be famous for its delicious lobster rolls and plentiful moose, but if the state’s name doesn’t also inspire you with thoughts of its rugged coastline and majestic, granite-topped mountains, it most definitely will after a visit to Acadia National Park. As one of the country’s oldest and most popular National Parks, each year Acadia attracts more than two million visitors, who travel from far and wide to see some of the most impressive natural sights in all of New England. 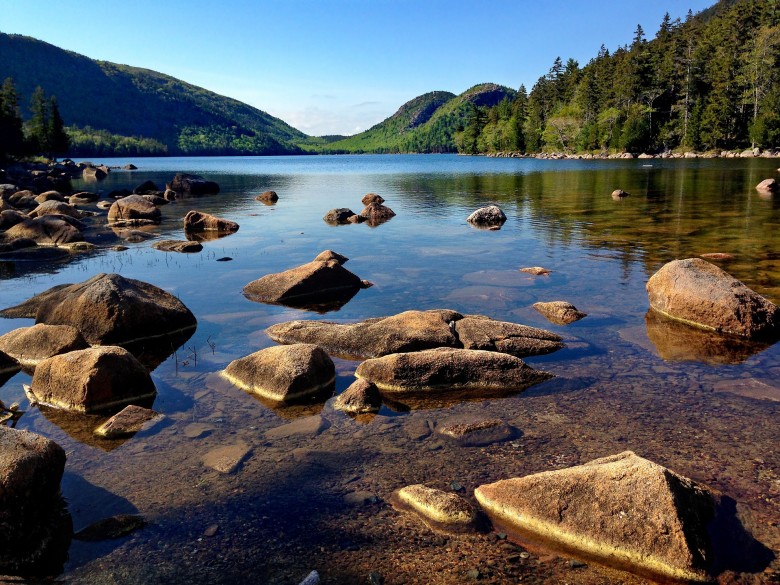 Since then, Acadia has acquired additional land both on and off Mount Desert Island, growing in size to almost 50,000 acres and cementing its future as one of New England’s most beloved year-round destinations.

Where Is Acadia National Park?

Acadia’s popularity is thanks in part to its fantastic location. The park is far enough away from any city for it to feel like the true outdoors and near enough to some of Maine’s most popular vacation towns for it to be accessible. The majority of Acadia National Park is located on Mount Desert Island, which sits about two-thirds of the way up the Maine coast in a region known as “Down East.”

Parts of nearby Isle au Haut and the Schoodic Peninsula also fall under Acadia’s jurisdiction, but offer a more rustic experience. The popular coastal town of Bar Harbor sits at the park’s northeastern reaches and acts as one of several main access points to the park, along with Northeast Harbor, Southwest Harbor, and Winter Harbor.

A sunrise over Southwest Harbor.

Things to Do in Acadia National Park

Thanks to the efforts of Acadia’s thoughtful (and wealthy) forefathers — John D. Rockefeller Jr. being among the most famous of them — Acadia National Park is outfitted with a great number of scenic and well-curated trails, ready to be explored. Forty-five miles of carriage roads were carefully carved out of Acadia’s wilderness during the early twentieth century and still wind through the park today, making for excellent car-free biking or walking trails. These gravel paths are supplemented by an additional 125 miles of pure hiking trails.

At 1,530 feet in both elevation and prominence, Cadillac Mountain has the honor of being the highest point of not only Acadia National Park, but of the entire North Atlantic coastline. Due to its height and northeastern longitude, the mountain is very first place in the continental United States to be bathed in the sun’s rays each morning. And for those who are less hiking-inclined, not to worry: Cadillac Mountain is one of New England’s many drive-to-the-top mountains. 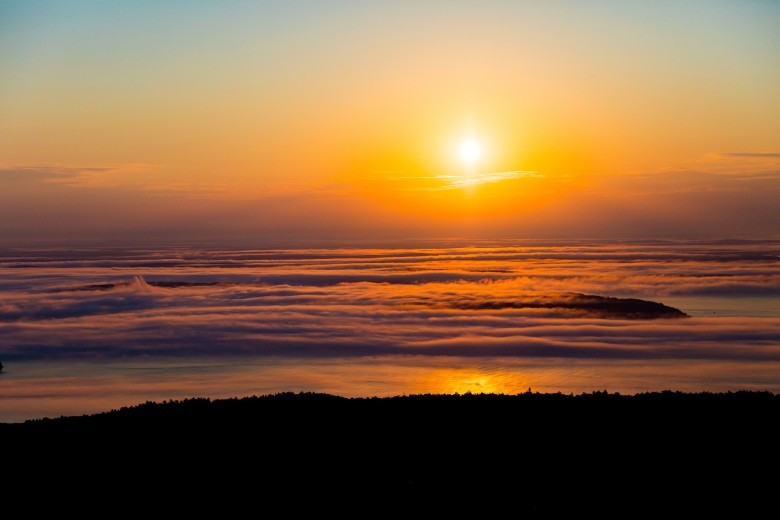 Enjoying afternoon tea at the Jordan Pond House is a tradition that pre-dates Acadia National Park by nearly a quarter of a century. In fair weather, the legendary breakfast popovers and tea can be consumed on the restaurant’s lawn, which overlooks gorgeous Jordan Pond. Be aware that the Jordan Pond House can get quite busy at the height of summer, so a reservation is recommended.

Acadia’s wild beauty gives even the most photographically challenged a chance to get that one-in-a-million shot. With waves crashing on rocky shores, mountains lined with twisted conifers, and lighthouses that couldn’t be much more picturesque, Acadia is unimaginably photogenic. The park’s diverse landscape offers endless opportunities to see wildlife, too — from bald eagles soaring overhead, to sea life clinging to coastal rocks below. 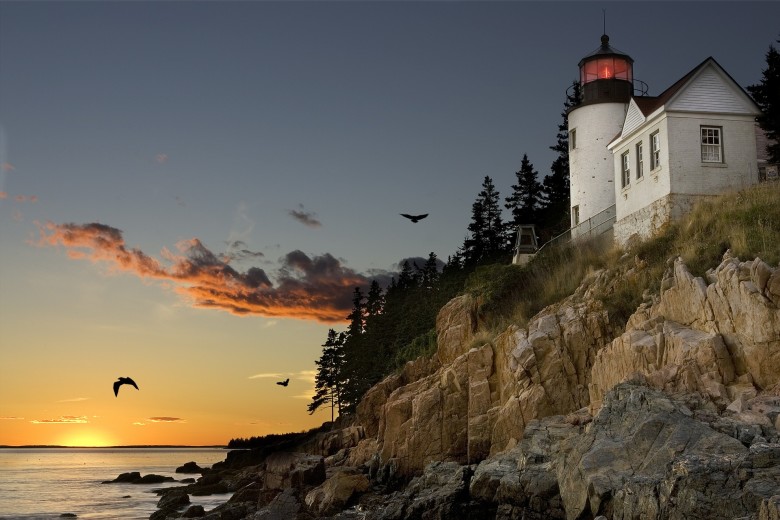 With more than 25 miles of scenic views, the Park Loop Road offers guests with only a few hours to spend in Acadia a chance to experience its beauty too. The road encircles the main part of Mount Desert Island and hits on most of the park’s best features, such as Jordan Pond, Thunder Hole, and the Cadillac Mountain summit. 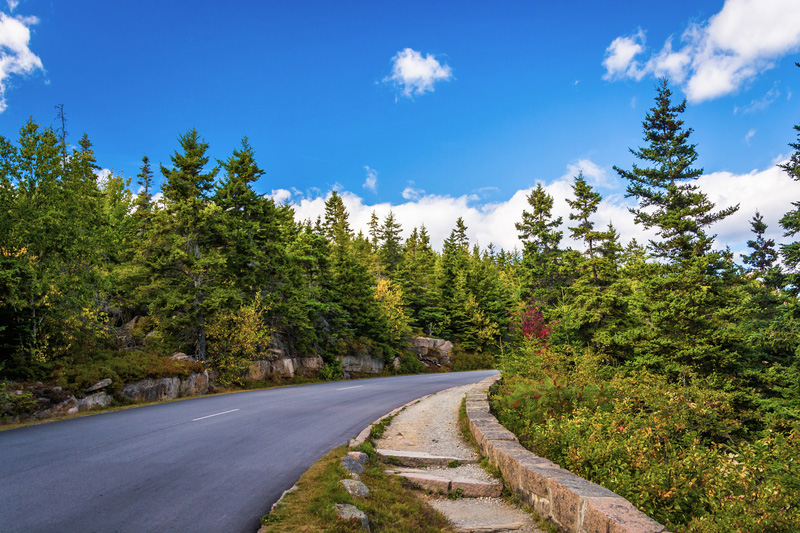 Swim at Fresh- and Saltwater Beaches

Acadia has something for everyone — including swimmers! There are a number of freshwater lakes and ponds scattered throughout Mount Desert Island, though swimming is only permitted in one (Echo Lake). For those who prefer saltwater, there’s Sand Beach, which is a popular spot to cool off at in the summer months. Whether it’s taking a dip in the chilly ocean surf or going for a paddle in the warmer inland waters, you really can’t go wrong.

Sand Beach is a popular spot — especially in the summer!

The popular vacation town of Bar Harbor makes for an excellent jumping-off point from which to explore the rest of Mount Desert Island. Ranking among the prettiest coastal towns in Maine (and the rest of New England, too), Bar Harbor is an attractive destination for a day trip or a weekend getaway. Before heading into Acadia National Park, stop at one of the town’s many restaurants for an authentic Maine lobster lunch. 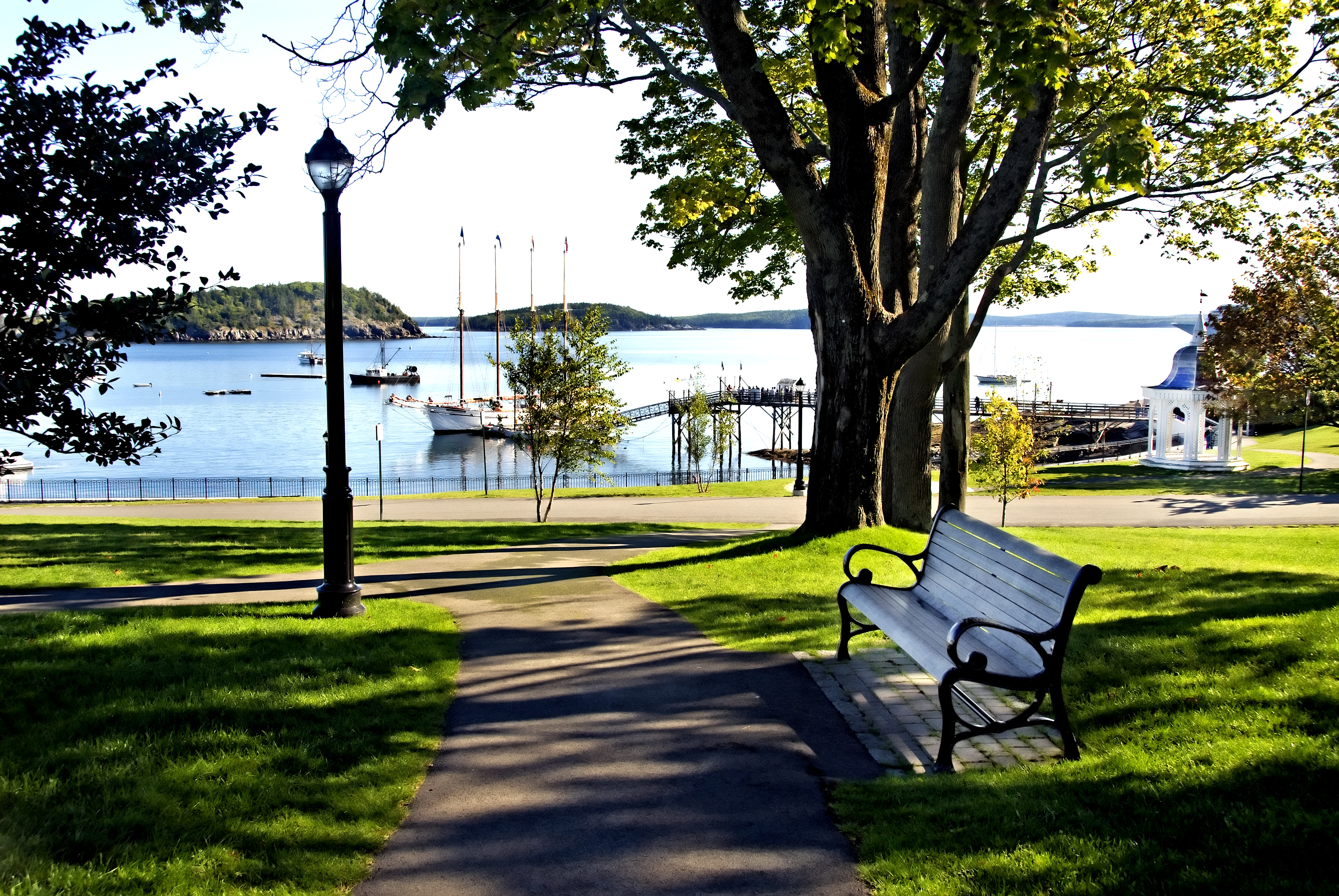 Acadia is known for its sprawling nature, which makes it a great place for campers who want to experience Maine’s rugged coastline. Backcountry camping isn’t allowed, but thankfully, there are several excellent campgrounds located within the park’s vast territory — two on Mount Desert Island and a third on Schoodic Peninsula. At each one, you’ll experience a different side of the park!

There are a number of private cabins and cottages on Mount Desert Island that can be rented for a night, a weekend, or longer. Ranging in quality from rustic to luxurious, and ranging in privacy from secluded to lakeside, there’s something suitable for everyone.

For the above reasons and more, Acadia National Park deserves its status as New England’s most popular National Park. What’s your favorite thing about Acadia?

Millions of acres are in flames in South America. Here's why

Why this Irish town is supporting Joe Biden 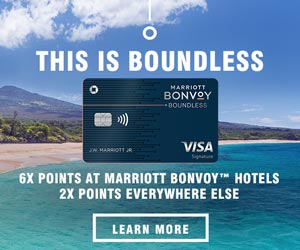