Brattleboro is a lively and quintessentially quirky New England destination in the Green Mountain State. Located on the New Hampshire border in southernmost Vermont, it blends small-town character with a busy downtown where a thriving arts and culture scene has come to life over the years. It’s also a popular destination for those drawn by signature events such as the Winter Carnival in February and Strolling of the Heifers in June. Below are some of our favorite places to stay, things to do, and places to dine in the best-of-both-worlds town of Brattleboro, Vermont. 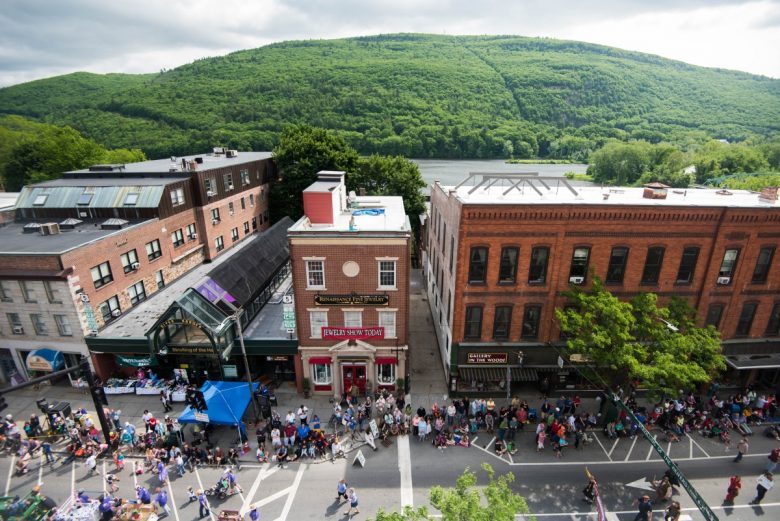 Guide to Brattleboro, Vermont | Strolling of the Heifers

Kelly Fletcher Courtesy of Strolling of the Heifers

Things to Do in Brattleboro, Vermont

The Brattleboro Area Famers’ Market is a premier market not only in town but also in all of southern Vermont, with over 50 vendors selling everything from fresh fruits and vegetables and agricultural products to crafts and prepared foods. Strolling through the market on a summer day is a great way to spend your time in Brattleboro — plus you’ll leave with some fresh, delicious goodies. Named a 2017 Yankee Editors’ Pick for “Best Farmers’ Market.”

The town of Brattleboro features a thriving arts and culture scene, and a big part of that is the Brattleboro Museum & Arts Center, founded in 1972. At this contemporary art museum, visitors can explore thought-provoking and frequently changing exhibits from a range of talented artists. Browse on your own or attend one of the museum’s educational programs or events.

If you’re a fan of independent bookstores, check out Brattleboro Books on Elliot Street. The store features books for all ages in a range of categories and formats, including tough-to-find used and out-of-print books. Open seven days a week. Named a 2011 Yankee Editors’ Pick for “Best Rainy-Day Browse.”

With more than 550 acres of conserved forest, farmland, trails, and waterways, this seven-barn farmstead and nonprofit organization will delight the whole family. Take the kids to the Children’s Farm and Forest, a new education center where they can visit a variety of farm animals and spend time in the play area. Or walk the beautiful nine-mile Retreat Trail recreation network. Named a 2010 Yankee Editors’ Pick for “Best Hands-on Farm for Kids.”

With the West River, Connecticut River, and Mount Wantastiquet all bordering Brattleboro, there’s plenty of opportunity for fun in the water and outdoor exploration. Swim, fish, canoe, kayak, or tube in the rivers, or head out for a hike or bike on the local trails. Vermont Cycling Tours offers self-guided tours and itineraries starting in town, and multiple shops downtown offer rentals and outfitting.

Where to Eat in Brattleboro, Vermont

Ever enjoyed dinner in a restored 1925 dining car? If not, certainly take advantage of the opportunity while in Brattleboro. Working in an open kitchen amid vintage decor, chef-owner Michael Fuller uses his classical French training to prepare New American cuisine with local, organic, and seasonal ingredients. Named a 2010 Yankee Editors’ Pick for “Best Diner-Car Dinners.”

VERMONT COUNTRY DELI | ON THE GO

If you want a real Vermont experience, head to the Vermont Country Deli. Here, you’ll find favorite Vermont and New England comfort foods, plus prepared foods, sandwiches, and pastries from the bakery. Try a signature dish like macaroni and cheese or a hot bowl of soup or chili at this welcoming gourmet-to-go marketplace. 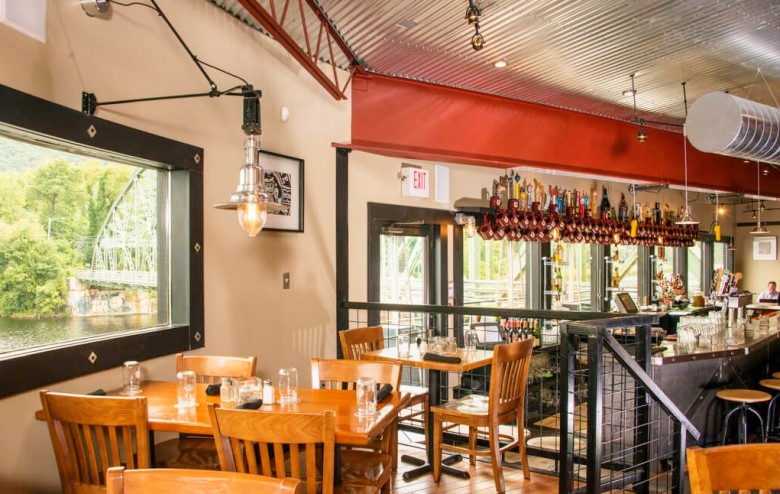 Want to enjoy a tasty meal and house-brewed beer with a beautiful waterfront view? That’s what you’ll get at Whetstone Station, where you can eat in a fire-lit dining room during the colder months and a European-style outdoor dining area during the warmer months. This place knows and respects craft beer, and offers brewery tours and a rooftop bier garten.

Every ingredient in this modern, pretty café is 100 percent free of gluten, soy, dairy, peanut, egg, and vegetarian. The extensive menu features everything from breakfast, lunch, and dinner to a full list of hot and cold beverages, plus fresh-pressed juice, smoothies, and shots. Named a 2017 Yankee Editors’ Pick for “Best Vegetarian Food.”

Inspired by the ancient Mayan tradition of cooking on three stones and a fire, Three Stones is all about introducing diners to Mexican Mayan flavors and culture. The menu offerings include both light and hearty dishes, mild and spicy flavors, and vegan and meat options. And don’t miss the decadent dulce de leche. Named a 2014 Yankee Editors’ Pick for “Best Taste of Old Mexico.”

Where to Stay in Brattleboro, Vermont

You can’t beat the Latchis’s downtown location if you’re looking to be within walking distance of everything Brattleboro has to offer. Designed with Greek and art deco influences, the hotel was built in 1938 but today boasts all the requisite modern flair and amenities. During your stay, catch a movie at the Latchis Theatre, constructed in conjunction with the hotel and now a prominent part of the local  arts and culture scene. Named a 2016 Yankee Editors’ Pick for “Best Downtown Value.” 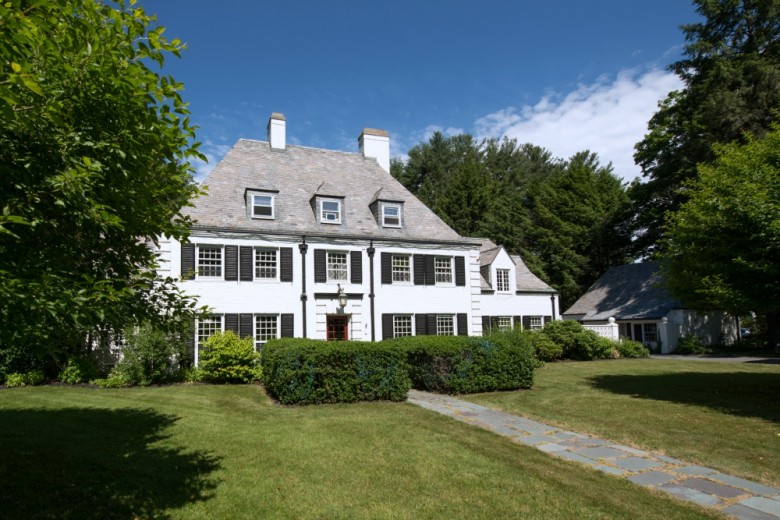 Guide to Brattleboro, Vermont | The Inn on Putney Road

Built in 1931, this French chateaux–style 1931 residence has retained many of its original features, including fixtures, tiles, bookcases, cabinets, and even the tiny bathroom underneath the stairs in the main hallway. The B&B has six individually decorated rooms and one suite, and offers a gourmet breakfast every morning. Named a 2014 Yankee Editors’ Pick for “Best Baronial B&B.”

If you’re looking for a tranquil escape, try the Meadowlark Inn in West Brattleboro. Settled among meadows and woodlands, with mountain views in the distance, this restored 1870s eight-room farmhouse offers plenty of pastoral comfort. Enjoy a full breakfast before heading out to explore Brattleboro’s many attractions. Named a 2012 Yankee Editors’ Pick for “Best Farmhouse Retreat.”

Make a long winter fun again at the Brattleboro Winter Carnival, where events include snowmobile rides, skating, skiing, an ice fishing derby, and sleigh rides. Pet some cute farm animals at Retreat Farm, take a cooking class with Brattleboro Food Co-op, satisfy your hunger at a chili cook-off, and attend a pancake breakfast, among many other diversions. 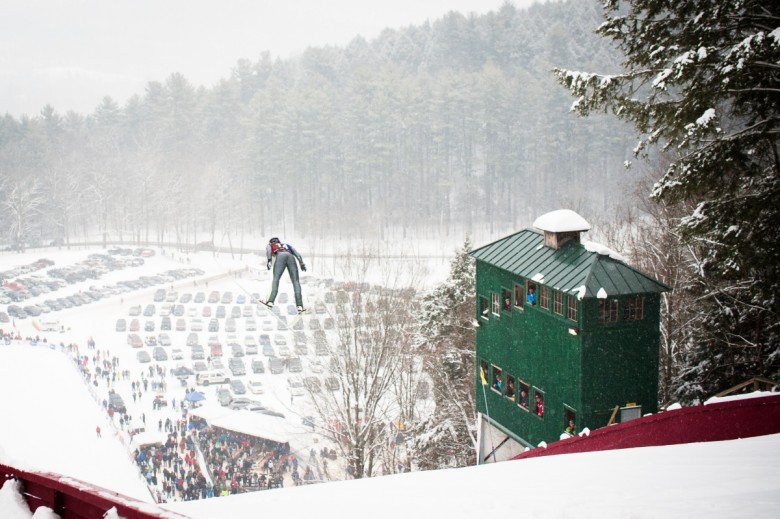 The ski jumping at the Harris Hill Ski Jump Competition every February is, in a word, incredible. Without having to travel the world, you can witness some Olympic-level feats of gravity and fearlessness as talented skiers soar long and high through the air at the historic 1922 ski jump.

STROLLING OF THE HEIFERS | JUNE

You read that right: This weekend festival is centered on a Main Street parade that’s led by a pack of well-dressed heifer calves and some equally cute 4H future farmers. Other attractions include a pie baking competition, food from dozens of vendors, the famous farmers’ breakfast, amusement rides, and a challenging cycling race (the Tour de Heifer); plus, five area farms are open for tours.

What are your favorite things about Brattleboro, Vermont? Let us know!

How Science can Take Advantage of Digital Marketing

How to Use Self-Liquidating Offers in Your Facebook Ads