If you were to draw up the perfect Vermont escape, you’d be hard-pressed to put together anything better than Manchester, Vermont. Situated next to the Green Mountain National Forest, Manchester caters to both outdoor adventurers and less rugged vacationers who just want a slice of the Vermont life. The  center of Manchester Village is lined by white marble sidewalks — a seeming extravagance, except that the materials were handy and abundant at the time, thanks to a local quarry.

But wait, there’s more: In nearby Manchester Center, shoppers will find one of the finest bookstores in the Northeast as well an abundance of designer outlets. Anglers are drawn to the Battenkill River, while history buffs will no doubt feel the pull to the hilltop estate that once served as the summer retreat for Abe Lincoln’s son Robert.

Ready to discover more about what Manchester, Vermont, has to offer? Then read on for a closer look at this classic New England town. 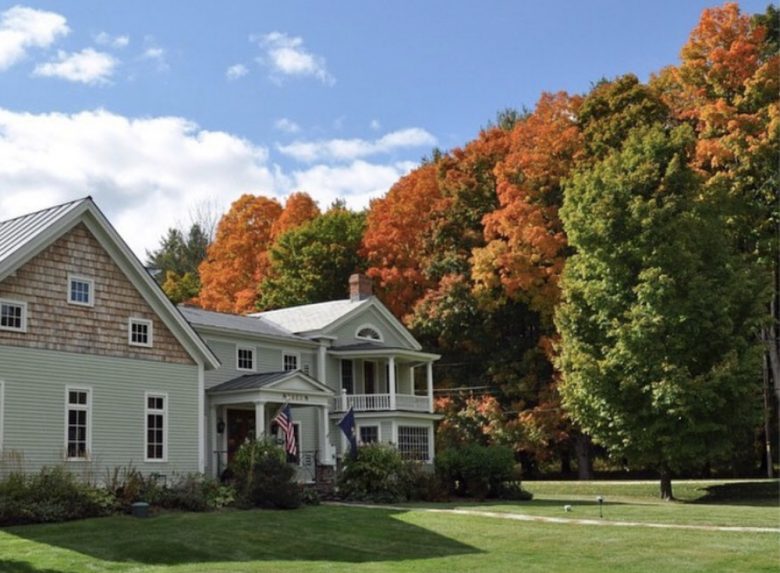 The American Museum of Fly Fishing | Guide to Manchester, VT

Guide to Manchester, Vermont | Things to Do

The extensive selection at the colorful Northshire Bookstore includes everything from best-sellers to rarities and features a whole floor devoted to children’s titles. Named a 2016 Yankee Editors’ Pick for “Best Bookstore.” 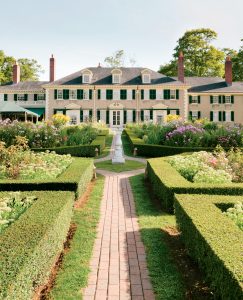 American history shines in the splendid story of Robert Todd Lincoln, Abraham Lincoln’s first son, who built Hildene in 1905, more than 40 years after vacationing in Manchester as a boy. Tours span the estate buildings and grounds; the latter is open for picnicking and walking.

Designer outlets line up on Route 11, where Eileen Fisher rubs elbows with Ralph Lauren, and Le Creuset nudges Bass. At Orvis, over on Route 7A, master craftsman Charlie Hisey carries on the store’s tradition of hand-making bamboo fly rods. (You can learn how to use one across the street, at Orvis’s famous fly-fishing school.)

The American Museum of Fly Fishing

Next door to Orvis, the American Museum of Fly Fishing demonstrates why there are so many devotees of the sport. The flies are tiny works of art, and it’s fascinating to see Ernest Hemingway’s Hardy Fairy rod, alongside other celebrity fly-fishing paraphernalia such as Bing Crosby’s hat and pipe.

Catch big air in the winter and big fun the rest of the year at this 12-month adventure destination. Skiing, snowboarding, disc golf, water slides, and a heart-racing zipline make Bromley a bucket-list visit.

The rare wares at this home fashions shop include Persian carpets, gilt chandeliers, and antique treasures from the Middle East to middle America. Snap up that must-have umbrella urn or vintage beaded pocketbook, then settle into plush chairs around a copper-clad table for wood-fired organic flatbreads and Turkish delights such as spiced lamb kebabs. Named a 2017 Yankee Editors’ Pick for “Best Shopping-Dining Destination.” 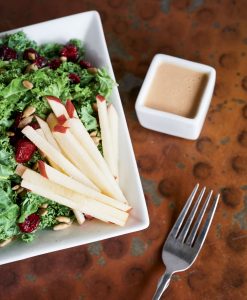 Chef-owner Ron Rodriguez has featured his mom’s Puerto Rican rice and beans since he opened (“She taught me to cook at the age of 4,” he likes to say.) Roasadas rice and beans, sausage and brie, and hefty lunch sandwiches and start-from-scratch soups all play starring roles at this popular eatery.

This restaurant has built a stellar reputation for gourmet international cuisine in an intimate setting (six tables and five barstools). Everything on the menu, from cocktails to desserts (such as Caribbean bread pudding soufflé), shows a creative flair.

Just as the name suggests, this local favorite specializes in the most important meal of the day. The pancakes come with real Vermont maple syrup (what else?), while the large omelets will easily carry you through to lunch. Maybe even later. Just be sure to bring cash: The eatery doesn’t take credit cards, nor does it accept reservations.

Having welcomed visitors for more than 200 years, this luxurious resort knows a thing or two about how to make a guest feel special. Both the main hotel and the more intimate Charles Orvis Inn feature elegantly appointed guest rooms and suites. Use the Equinox as the perfect Manchester jumping-off point, or just stay put to take advantage of the spa, golf course, restaurant, and unrivaled views of nearby Mount Equinox. 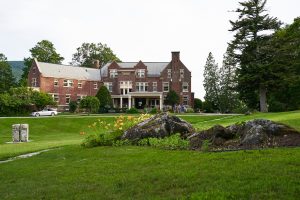 When Dr. Albert Levis bought the Wilburton Inn more than 30 years ago, he envisioned creating a place to integrate his theories of art and science. (“It was like having another sibling,” son Max recalls.) Today, with 27 rooms and five houses dotting 30 acres, this big-hearted family-run estate is widely considered one of the top mansion hotels in the country.

Don’t look for an arcade here; instead, join in a game of bocce, volleyball, or croquet. The 10 themed cabins (“Norman Rockwell,” “Sugar Maple,” and so on) offer up-to-date conveniences and great mountain views.

You, the kids, and even your Great Dane will be pampered at this four-story luxury hotel, one of the area’s biggest local construction projects in recent years. After settling into lodgings that offer a modern take on Vermont’s grand inns, you can relax on the sweeping porch overlooking the mountains, take a fly-fishing course at the Orvis school, or shop up a storm at the nearby outlets. Named a 2018 Yankee Editors’ Pick for “Best New Hotel.”

Elvis Duran Is Married! All the Details on His Festive Santa Fe Wedding