Parents, How Are You Doing?

How Cajon Valley reopened its classrooms

Donald Trump vs. the Ivy League: An Election-Year Battle

How The Unpredictable Coronavirus Pandemic Took a Terrible Toll

How One District Got Its Students Back Into Classrooms

Driving traffic to your Shopify Store

The Benefits of Offering a Company Car

What’s Your Advice for Virtual Learning?

Teachers on TikTok are showing what it takes this school year

3 Things You Need To Start An HVAC Cleaning Business 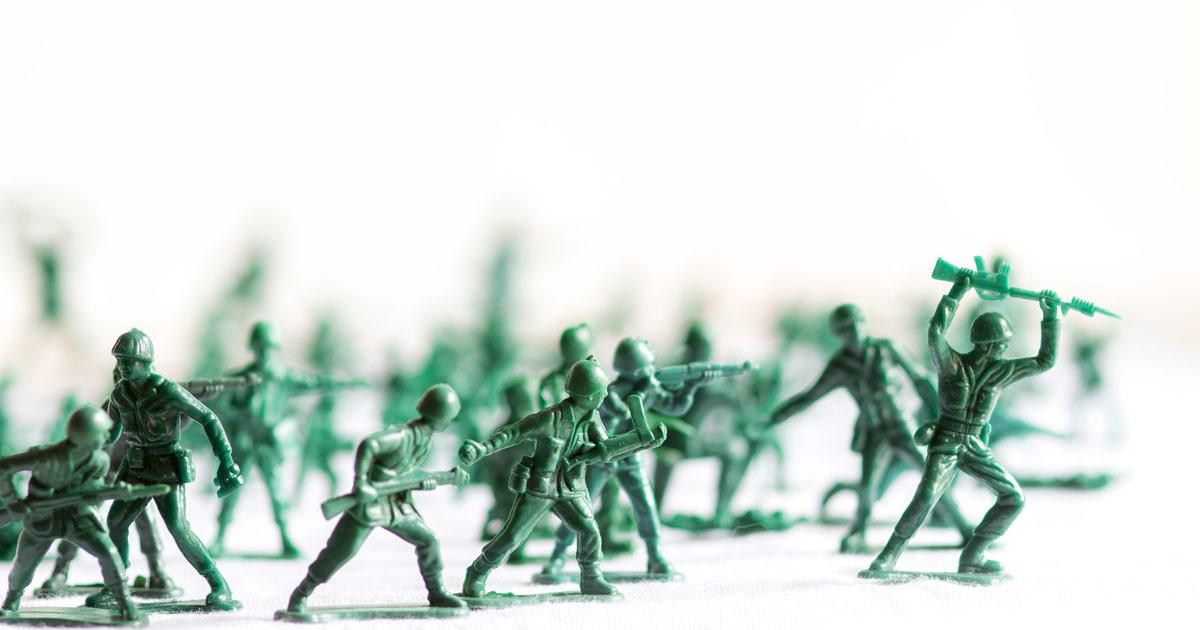 [Editor’s note by Trevor Daher: On June 15, 1948, Howard Buffett rose once again on the floor of the House of Representatives to passionately defend the cause of human liberty. Being debated in Congress this time was the Selective Service Act of 1948, whereby Congress would establish the Selective Service System and force young men to register for conscription. His remarks on that day were transcribed in the Congressional Record. His message was so clear, and so powerfully crafted, that one has no choice but to quote Buffett’s own (abridged) remarks at length.]

In this proposal the House is debating a scheme to regiment the youth of America. Yet this House has not had the need of this scheme honestly explained to it. Why do I say that? Because, despite all the bombast about the world situation, our so-called commitments abroad, the threat of “aggressor nations,” and so forth, no Member of Congress can tell the House or his people what the present national defense program embraces.

Mr. Chairman [of the Committee on the Armed Services], I repeat that. No member of this House can tell any prospective draftee what our military and foreign policy is—in plain, understandable English.

Just as during the [Second World] War, Members of Congress could not tell what we were fighting for except perhaps to mumble about the four freedoms and the Atlantic Charter—now both in the wastebasket. Neither can a member of Congress tell what our present military policy includes—whether we are trying to dominate the non-Russian world, prop up the British Empire, or what. No one can answer. Why not?

If this bill is passed, the House will be shoving down the throats of the American people the despotic concept of “Theirs not to reason why; Theirs but to do and die”…

[This House resolution] would establish in America, without the people having any genuine voice in the decision, the totalitarian concept that the state owns the individual….

This measure would cause a steady deterioration in the morale of the American people to the point of disaster.

This measure would declare to the world that Hitler was right—that the threat of communism externally justified militarism and regimentation at home.

Congress would be surrendering to the militarism that it sent 400,000 to die fighting against—thereby outlawing the Declaration of Independence concept that man is endowed with certain inalienable rights. Having made this surrender of human liberty, Congress can no longer defend the rights of the people from aggrandizement by the state. You cannot enslave youth and then defend lesser individual right…

Passage of this bill would play right into Stalin’s hands: (A) It would imitate the Communists by adopting the principle of article 132 of the Russian Constitution—peacetime conscription. (B) It would multiply the tensions among our own people. It would enable the Communists to truthfully proclaim that our talk about the dignity of man and freedom was rotten hypocrisy. You cannot send a conscript, who has been deprived of freedom, to Germany to teach the German people about the blessings of freedom.

This bill seems to be the product of carefully created hysteria designed to stampede Congress into full-blown militarism….

[This House Resolution] may move Congress decisively into the realm of impotence in the direction of national affairs….

The additional coercive powers surrendered to the military by this bill can make the civilian branch of the Government completely subservient to the military. Already there is much evidence to indicate that Army spending and interference in the civil government approaches the point of domination.

For 160 years a youth born in America has been assured at birth of opportunity and freedom unsurpassed on this planet. This measure would destroy that heritage and reduce an American boy to a second-rate degree of freedom….

Passage of this measure would accelerate the wholesale government spending that will eventually cause run-away inflation. That is made to order for our enemies….The Communists could win their aim of world control by avoiding open hostilities. Once run-away inflation occurs here, the military advantages we have today will evaporate.

Mr. Chairman, the most plausible excuse for this bill is, to quote its advocates, “to show Russia that we mean business.” Let us examine this claim realistically. Do you remember 2 years ago when Byrnes started “talking tough” to Russia? What did that accomplish? Or do you remember Marshall’s claim that we could erect a dollar curtain that would halt Russia? Already that claim, used to put over the Marshall plan, has been exploded by Marshall himself in demanding the draft.

Mr. Chairman, instead of stopping the Russian menace, the so-called show of force embraced in the draft bill actually promotes the Soviet objective. That objective, as always, is an economic Pearl Harbor in America.

Mr. Chairman, the record proves that this administration does not comprehend the real tactics of Russian expansion. Their aggression is based upon inducing America to become more and more economically overextended—without a let-up. Thus far that policy has worked perfectly—for Russia….They have given us a long rope, which the Administration has grabbed enthusiastically. This bill would wrap that rope around our neck.

This bill would constitute an unsurpassed grant of power to an administration with an unbroken record of bungling in our foreign and domestic affairs. For Congress, with full knowledge of this record of failure, to make this surrender seems to approach the irresponsible. That, I believe, is the kindest appraisal you can make of such action.

In meeting the challenge of the times we have three roads open to us. One is appeasement—finally the leadership that now demands conscription claims to have abandoned that stupid policy. Now that same leadership demands an equally stupid [second] course, the Hitler road of militarism, regimentation, and economic collapse at home.

The third course open to us is to remain free and strong, to keep the lights of liberty burning on this Western shore as an inspiration and example to those struggling for liberty elsewhere.

Extinguish liberty here by conscription, Mr. Chairman, and the powerhouse that sends out the current of liberty to other lands will slowly or quickly atrophy. This is the unbroken record of history.

Black at U.T., and Beyond

How To Migrate To A UCaaS

Travel Advisory: Temporary Overnight Closures of Exit 9 on I-95 South to Route 4 South Continue this Week

In Tasmania, A Mission To Rescue 270 Stranded Whales