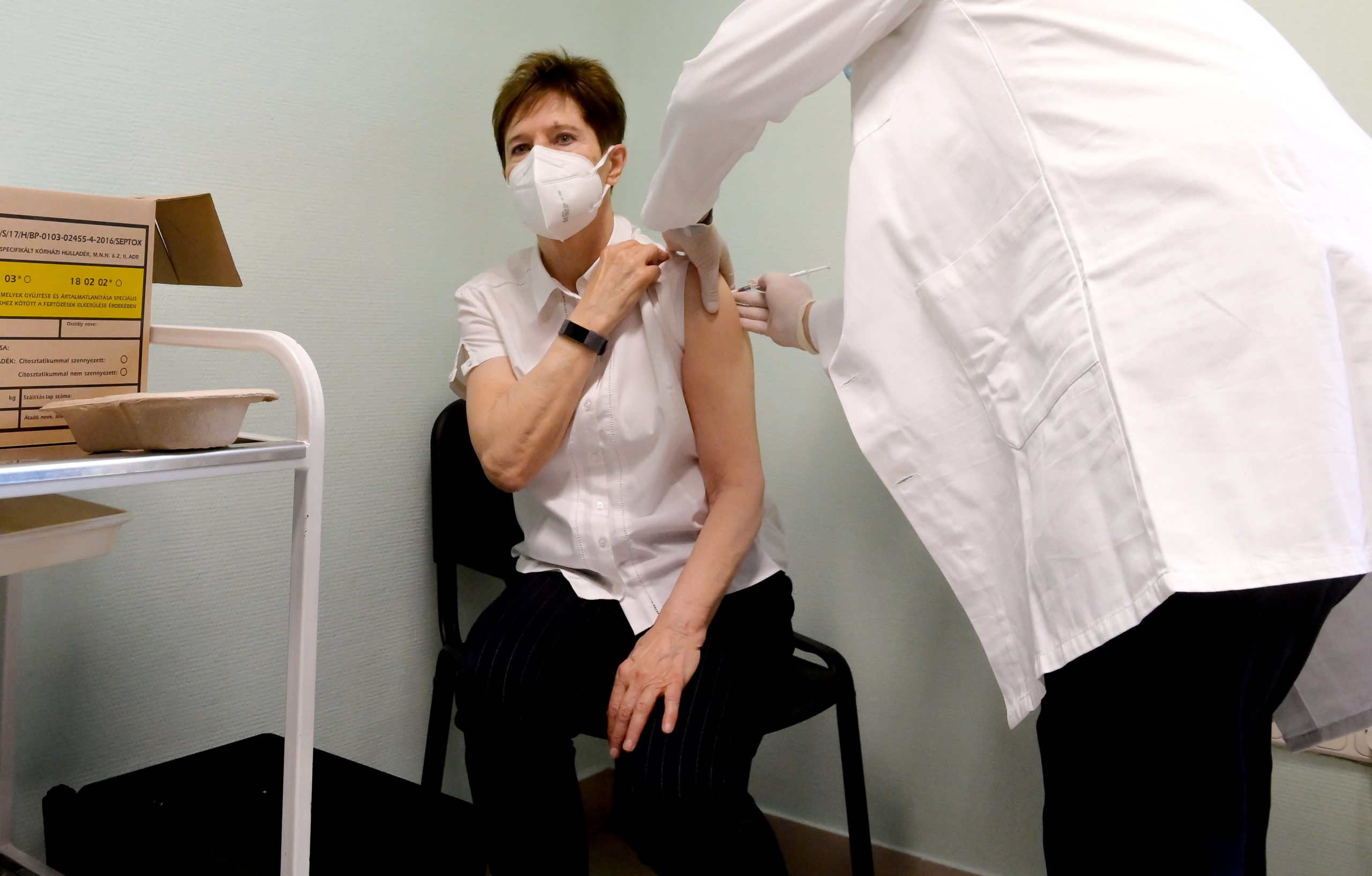 A Hungarian regulator said Wednesday it is issuing a six-month temporary authorization for Sputnik’s coronavirus vaccine, bringing the country one step closer to becoming the first EU member to administer the Russian jab.

“We have given authorization for use in Hungarian territory,” said Mátyás Szentiványi, director general of Hungary’s National Institute of Pharmacy and Nutrition (OGYÉI). Speaking on Hungarian state television in the evening, Szentiványi said the authorization has been granted for six months, and “can be extended once for another six months.”

Still, it is unclear when the vaccine would be available to Hungarians: State media reported that OGYÉI is waiting for input from the National Center for Public Health (NNK), which is expected to issue an opinion within a matter of weeks on the vaccine.

Earlier in the day, Hungarian Foreign Minister Péter Szijjártó spoke on the phone with Russian Health Minister Mikhail Murashko. Hungarian health experts are currently in Russia, and Szijjártó himself is scheduled to travel to Moscow on Friday. In a Facebook video, the foreign minister said Hungarian government lawyers are working on a draft contract for the Russian vaccine.

A 2001 loophole allows EU countries to approve coronavirus vaccines without the European Medicines Agency in an emergency. The EMA has only given the developers of the Sputnik vaccine scientific advice so far.

The EMA is scheduled to issue a recommendation on the Oxford/AstraZeneca vaccine on January 29.

The Hungarian government and OGYÉI were not immediately available to confirm media reports.

This article is part of POLITICO’s premium policy service: Pro HealthCare. From drug pricing, EMA, vaccines, pharma and more, our specialized journalists keep you on top of the topics driving the health care policy agenda. Email pro@politico.eu for a complimentary trial.

COVID infections up in England, despite lockdown: Study

How to Market Yourself (Without Being Sleazy)

Is Banksy behind this prison-escape mural on jail wall?