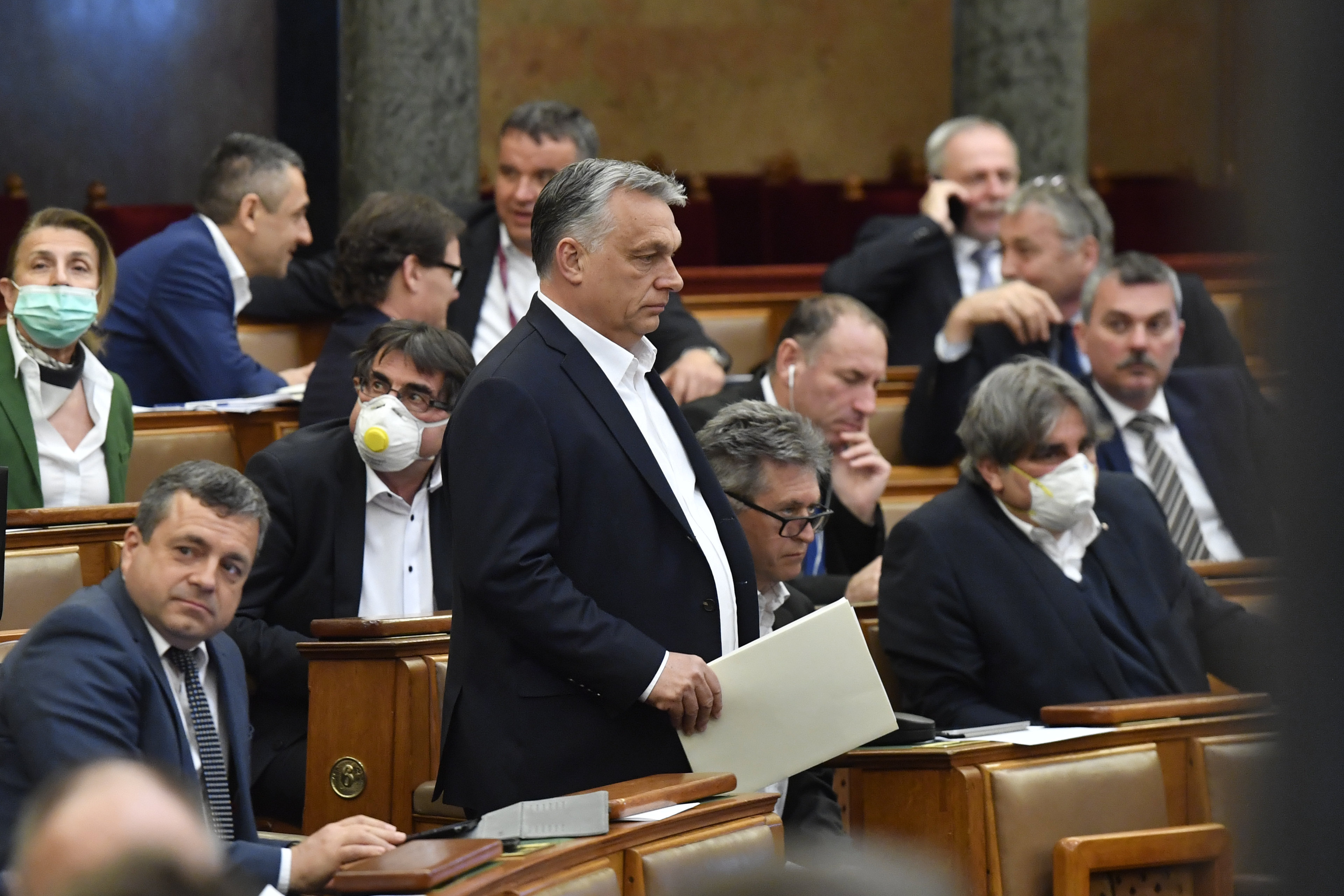 The Hungarian parliament on Monday voted by a two-thirds majority to allow the government of Prime Minister Viktor Orbán to rule by decree without a set time limit.

While the new legislation remains in place, no by-elections can be held and Orbán’s government will be able to suspend the enforcement of certain laws. Plus, individuals who publicize what are viewed as untrue or distorted facts — and which could interfere with the protection of the public, or could alarm or agitate a large number of people — now face several years in jail.

In the vote, 137 members of parliament were in favor, 53 against and 9 did not cast a ballot. The new rules can only be lifted with another two-thirds vote of the parliament and a presidential signature.

The legislation has elicited deep concern both among civil rights groups in Hungary and international institutions, with officials from the Council of Europe, United Nations and Organization for Security and Co-operation in Europe publicly expressing fears about the bill. The legislation also drew criticism from members of the European Parliament.

Critics say that emergency measures to address the coronavirus crisis should be temporary and time-limited to allow for checks and balances. Hungary is currently facing Article 7 proceedings under the EU Treaty, used when a country is considered at risk of breaching the bloc’s core values.

“Civil society, journalists and international and European organizations will have to step up their efforts even more in this new situation to ensure that the potential for grave abuses by government overreach are monitored, documented and responded to,” Márta Pardavi, co-chair of the Hungarian Helsinki Committee, a human rights NGO, said following the passage of the bill.

“It’s now essential that the idea that executive power cannot be unlimited is reinforced by action,” she said. “The health crisis cannot be allowed to turn into a constitutional crisis.”

Former Italian Prime Minister Matteo Renzi said Orbán’s move was the final straw. “I have been dreaming of a “United States of Europe” for years. Precisely for this reason, I have the right, and the duty, to say that after what Orbán has done today, the European Union MUST act and make him change his mind. Or, simply, expel Hungary from the Union,” he tweeted, although there is no expulsion mechanism under the EU’s treaties.

Asked to respond to critics’ worries, a spokesperson for the Hungarian government said that “we already responded [to] those critics” and directed POLITICO to the Twitter page and blog of Hungarian State Secretary Zoltán Kovács, who has written that “false claims of a power grab in Hungary are just that.”

“Such insinuations are not only incorrect but defamatory, and impede the government’s efforts in slowing down the spread of the coronavirus,” Kovács added.

Nissan sets out survival plan after first loss in 11 years