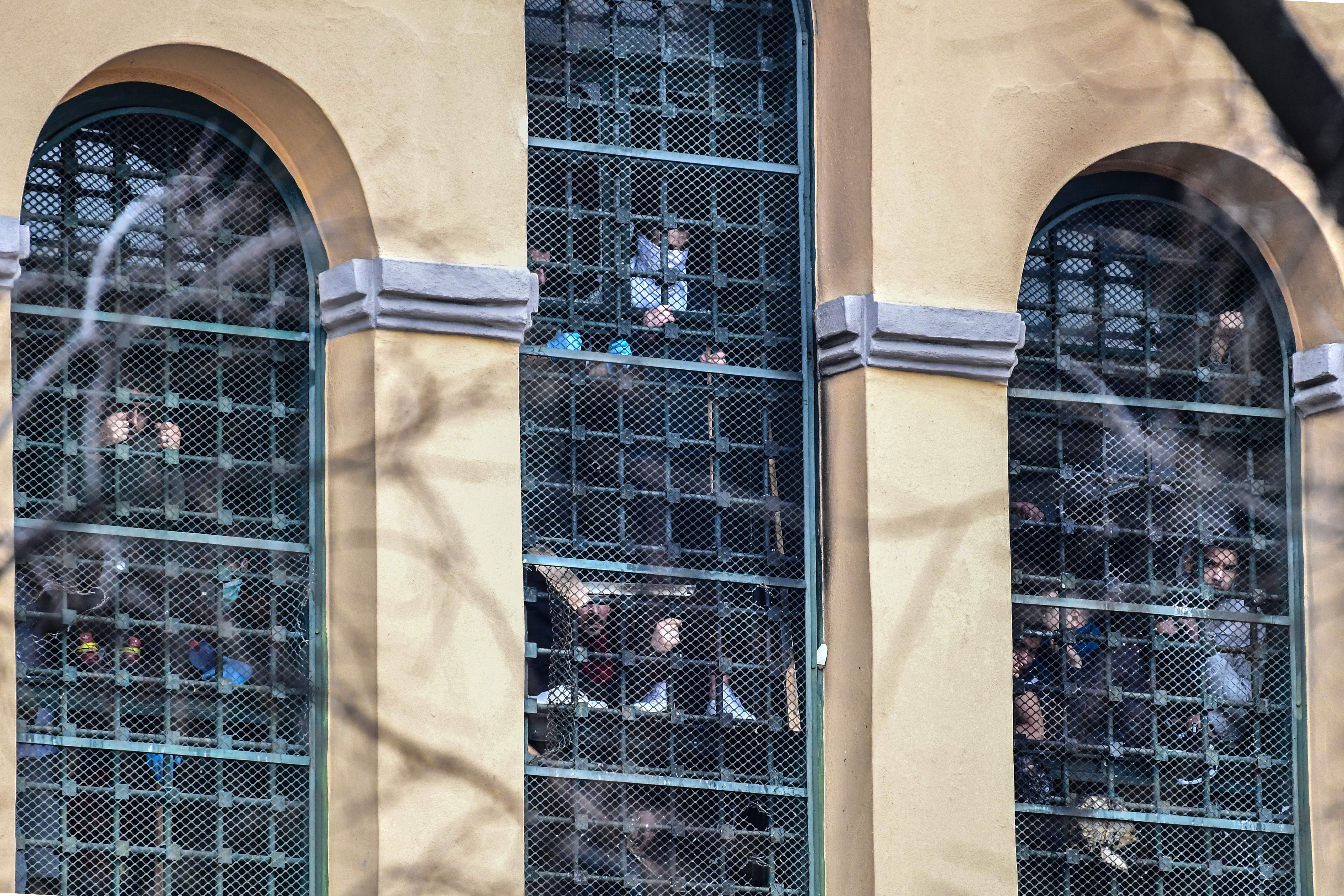 ROME — A country on lockdown is facing an increasingly urgent question: What to do with the locked up?

As the first cases of coronavirus start to spread in Italy’s overcrowded prison system, prison staff and welfare monitors are warning of a public health emergency among inmates and a potential repeat of a series of violent protests that broke out in 24 prisons earlier this month, when 13 inmates died and 70 escaped.

It’s a difficult balancing act for Italy’s coalition government, which has so far been lauded for its handling of the crisis.

At least 15 inmates have tested positive for the virus, creating a buildup of panic and anger among inmates. Two prison guards have died from the virus and unions say at least 150 others are ill, although there are no official figures.

But with the far right in opposition, the government can ill afford to look soft on crime. For the 5Stars, the anti-establishment party governing alongside the left-wing PD, releasing prisoners would seem to contradict its long-standing criticism of Italy’s lenient justice system and its pledge to never pardon prisoners.

Italy’s prisons are the most overcrowded in the EU. Some 61,000 prisoners are incarcerated in a system intended to house up to 50,000, according to official figures.

The government has attempted to head off the crisis and cut prisoner numbers by permitting non-violent prisoners with less than 18 months left to serve to be released on house arrest. The move has been met with criticism on all sides.

Relaxing the rules amounts to “a surrender” by a “very weak government” and will only lead to more riots, said Jacopo Morrone, a member of parliament for the far-right League and a former undersecretary for justice. “If a child cries and the mum gives it a sweet, it will cry again to get chocolate.”

Freeing inmates also risks creating “unnecessary disorder during a national emergency,” he added. “They are not going to wake up tomorrow and start going to church.”

Others have argued that the measures don’t go far enough. Few prisoners are eligible for release under the new scheme, as many have committed crimes in prison or have bad disciplinary records. In the first week after the measure was introduced, the state released only 50 prisoners.

Vittorio Sgarbi, a liberal MP and former minister in former Prime Minister Silvio Berlusconi’s government, has called for a criminal investigation into Justice Minister Alfonso Bonafede as “a plague spreader” for keeping so many prisoners in cramped conditions.

Italy’s prisons are the most overcrowded in the EU. Some 61,000 prisoners are incarcerated in a system intended to house up to 50,000, according to official figures. In 2013, Italy was sanctioned by European Court of Human Rights for breaking the European Convention on Human Rights, which prohibits inhuman or degrading treatment, by giving prisoners just 3 square meters of cell space.

Delays in the court system also mean that prisoners wait for their trial in jail for months or years, said Valentina Calderone, director of civil rights NGO A Buon Diritto, which champions an urgent and wider release of inmates with two or three years left on their sentence.

Thirty percent of people in prisons are in custody pending trial, well above the European average, and some of the most crowded prisons are in the northern regions of Lombardy, Veneto and Emilia Romagna, where outbreaks of the virus have been most severe.

“Can you guarantee the safe distance of one meter in prison when they are three, four, five to a cell?” Sgarbi asked Bonafede in parliament last week. “You have judicial and moral responsibility.”

There is a high level of anxiety among inmates at the prospect of being trapped in a confined space with so many others while a lethal virus spreads through the country, said Calderone.

Prisoners tend to be from marginalized communities with poor health anyway, and in the closed world, social distancing of 1 meter as recommended by the government is impossible.

“Even in normal circumstances prison is a place you get ill,” said Calderone.“It could be a public health bomb. We need a courageous approach from politics.”

National prisoner rights ombudsman Mauro Palma is “extremely worried” about a repeat of the riots, he said. “I have seen no measures to prevent the spread of the virus, such as a reduction in inmate numbers, cleaning of prisons and testing.”

“It is as if there are two layers of imprisonment,” he said. “The usual detention but also, the fear of being shut in a closed space with an enemy you cannot see.”

More than 6,000 inmates took part in the last round of riots, which began as a protest against a ban on prison visits to slow the spread of the coronavirus.

The riots started at Fuorni prison, in the southern Italian city of Salerno, and spread like wildfire through the penal system. Detainees fashioned makeshift weapons from bedposts, ripped bars off the windows and took to the roofs, clashing with police tear gas and taking guards prisoner.

Another round of riots would be a disaster, said Aldo Di Giacomo, the secretary of the SPP prison police union, who said riots are being organized by criminal syndicates, with the additional involvement of inmates’ families and anarchists.

Prison guards were not in a fit state to respond, he said, with many working extra-long 20-hour shifts. “We are like doctors, we are destroyed.”