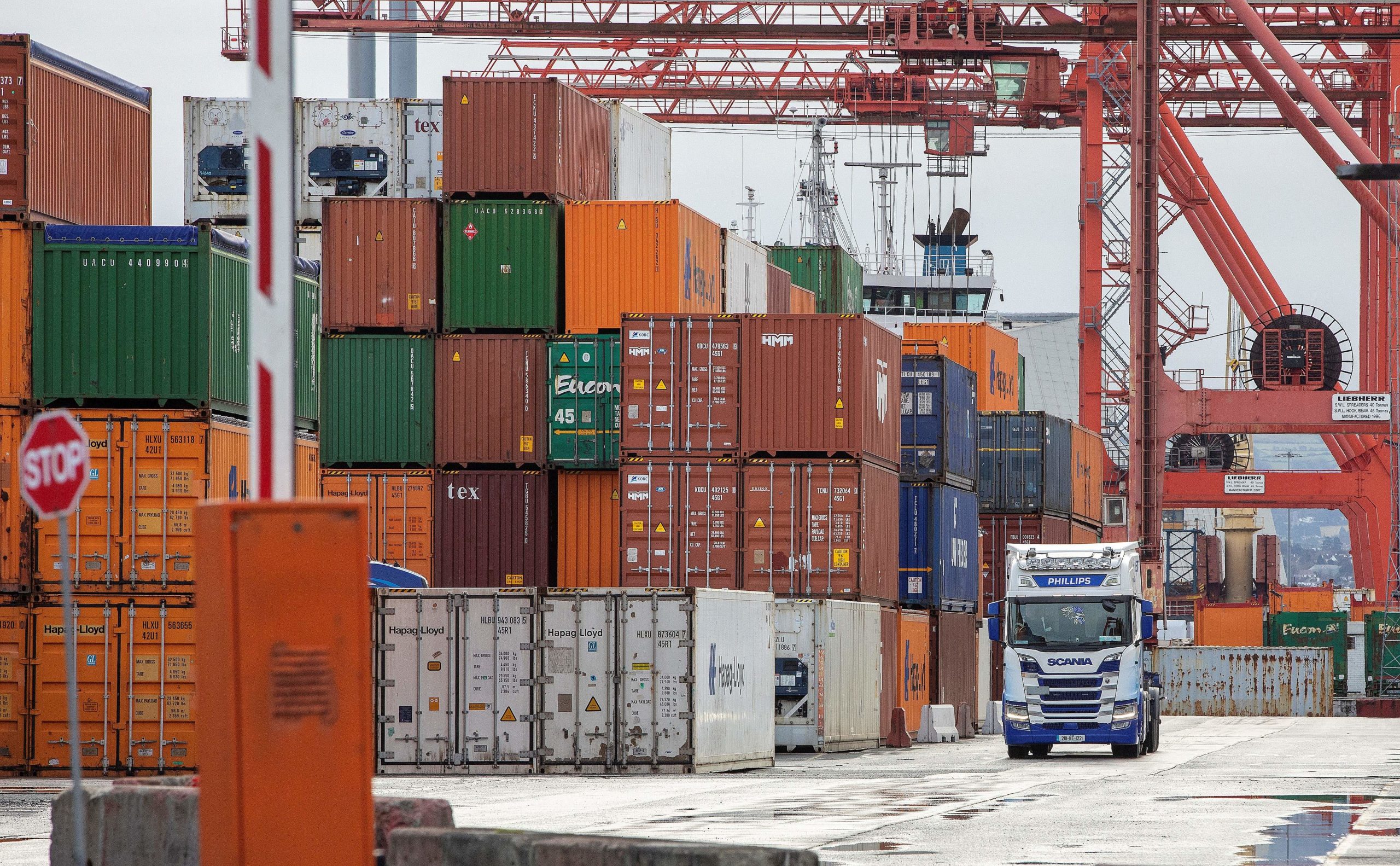 DUBLIN — Hauliers in Ireland pleaded today for Ireland’s major port to be given European oversight to solve the bureaucratic logjam bedeviling trade with and through Britain.

Dozens of truckers staged a street protest outside Dublin Port before their leader, Irish Road Haulage Association president Eugene Drennan, drove his tractor-trailer rig to the European Commission offices in Dublin to hand-deliver a letter.

His message, addressed to European Commission President Ursula von der Leyen, warned that Ireland’s disjointed customs and clearance systems at Dublin Port were causing crippling delays on trade —even though traffic and volumes across the Irish Sea are currently exceptionally low.

Drivers have reported being held at the port for up to three days awaiting approvals on electronically submitted documents, with at least two IT crashes adding to delays. Dublin Port responded in part by saying it was installing more toilets and showers for truckers stuck overnight.

“The systems will collapse entirely once trade volumes are restored to normal levels,” Drennan wrote to von der Leyen.

He requested that a senior European official such as Michel Barnier should be dispatched to Dublin to drive reform of the post-Brexit systems in place.

“I am sure that Mr Barnier could exercise a very productive assessment of Irish processes and procedures arising from Brexit and make relevant recommendations to address current challenges,” Drennan wrote.

He dropped a similar letter to the office of Irish Prime Minister Micheál Martin highlighting how separate checks by police, tax authorities, food safety, animal health and Covid-19 officials needed to be coordinated.

Foreign Minister Simon Coveney rejected truckers’ demands as unreasonable when asked about them in parliament.

“Introducing some kind of outside czar to come in will not improve the situation. Instead what we need is continued consultation,” said Coveney, who noted that the new regime was only a few weeks old. “There was always going to be a difficult adjustment period.”

She said each agency’s systems for submitting forms were not properly tested in advance and “don’t talk to each other.”

“A food consignment declaration can mean accessing as many as eight different IT systems,” Murphy said. “The procedure takes hours, if successful at all, only for the haulier to arrive at the port and be told that there was a problem with one of the eight IT systems accessed. As a result, tons of food are being destroyed.”

Murphy said ferries that bypass Britain by sailing directly to French ports, while growing rapidly in number, represent a much more expensive route to market. Fixing the bureaucratic bottlenecks on Britain’s so-called “land bridge” would be critical.

While goods volumes at Dublin were running at only 30 percent of normal levels, she said, customs staff “are already overwhelmed. These are not teething problems.”

But Coveney said Ireland’s tax collection authority, the Revenue Commissioners, was doing everything it could to run customs checks the way EU single market rules require. He said trucks getting “green lane” approval upon arrival at Dublin Port have risen from 70 percent last week to 80 percent this week.

While conceding that the new process was “laborious, bureaucratic and time-consuming,” he said this was unavoidable.

“Let nobody pretend otherwise. The paperwork and preparation and notice period is very, very different to what [hauliers] had to do in December. These are the new realities of trading with the U.K.,” Coveney said. “We have to be honest with people that these new realities aren’t simply going to disappear through slick software systems.”

This is when you can go on vacation again