The lady slipper flower — also known as the moccasin flower — is North America’s own much admired and often misunderstood wild native orchid. Here you’ll learn more about the folklore, growth process, and growing conditions of this beautiful and alluring New England wildflower. 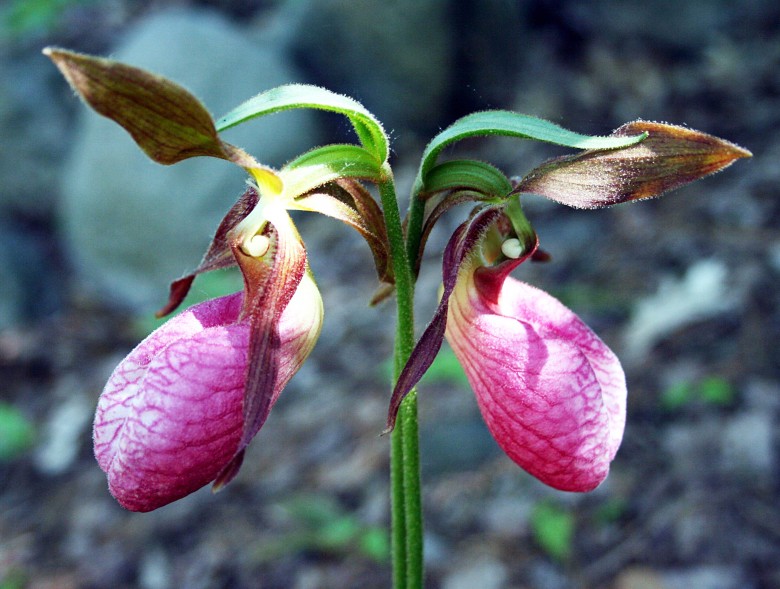 What is a Lady Slipper Flower?

Though they are named for their resemblance to a delicate pair of feminine slippers in hues of pink, white, or variegated colors, the lady slipper flower is a hardy perennial that is able to withstand the brutal New England winters. They emerge and flower in New England forests between the months of May and July.

History of the Lady Slipper Flower

Native American folklore tells the story of a young maiden who ran barefoot in the snow in search of medicine to save her tribe, but was found collapsed on the way back from her mission with swollen, frozen feet. As a result, beautiful lady slipper flowers then grew where her feet had been as a reminder of her bravery. In addition to inspiring folklore, lady slipper roots were also widely used by Native Americans as medicinal herbs.

A stubborn plant, the lady slipper can take many years to grow and develop from seed to mature plants. They rely on a process called symbiosis to survive, which is typical of most orchid species. Symbiosis is when an organism, in this case a fungus found in the soil, is needed for a plant to grow and thrive. The fungus breaks open the lady slipper seed and attaches to it, passing on the food and nutrients needed for it to flourish. Once the lady slipper plant is mature and producing its own nutrients, the fungus will extract nutrients from the orchid roots. 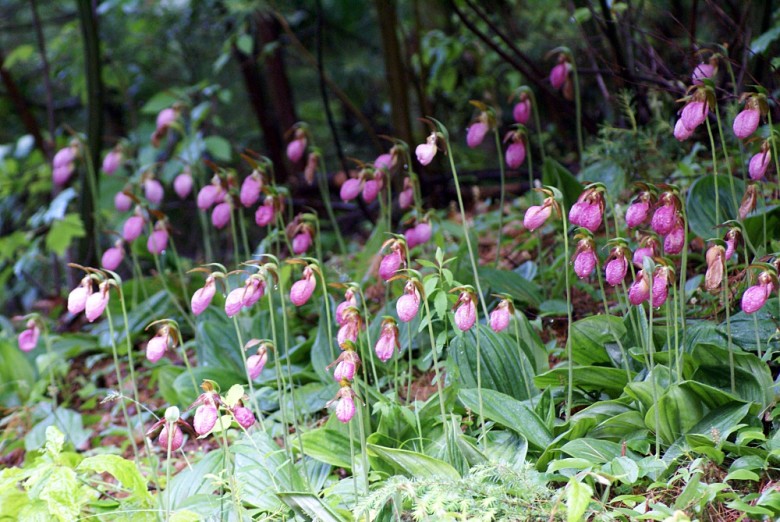 A crowd of lady slippers in a New England forest.

Is the Lady Slipper Endangered?

Once established, lady slipper plants will propagate on their own and live for many years if left undisturbed. Because a picked lady slipper will not rejuvenate itself, and the plant has a less than 5% transplant success rate, they are often considered “off limits” to pickers and diggers. Some species of lady slipper are listed as endangered or threatened in New England. Others, like the common Pink Lady’s Slipper, are listed as “special concern” under the Native Plant Protection Act. Although regulations on picking or transplanting lady slipper plants vary from state to state, either practice is generally discouraged and it is illegal to pick or dig up lady slipper plants on Federal properties.

Guru Randhawa finds his bliss among the lush green fields & we can completely relate to him; View PIC