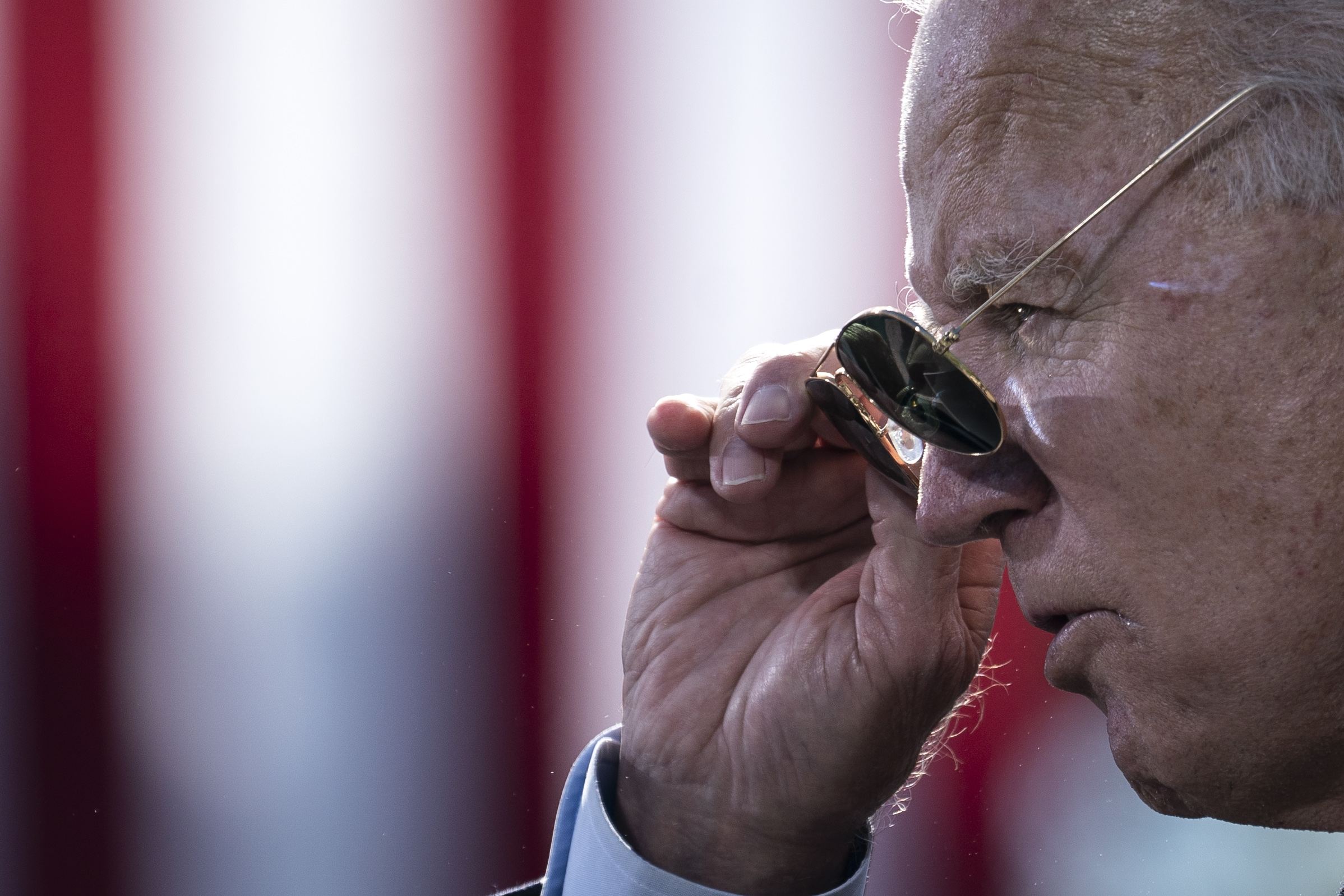 If you don’t know Joe, then you better know Tony — Tony G. or Tony B.

That’s the simple rule for European power players looking for entrée to the new U.S. presidential administration should Joe Biden win the election on Tuesday.

Tony G. is Anthony Gardner, the former U.S. ambassador to the EU, who is now based in London and has served as the Biden campaign’s point-main in Europe.

Tony B. is Antony Blinken, a former deputy national security adviser and deputy secretary of state who has been one of Biden’s closest advisers for two decades.

The two Tonys are emblematic of the resuscitation and return of the traditional U.S. foreign policy establishment that is expected if Biden becomes president. Blinken is much-discussed as likely to become Biden’s national security adviser. Meanwhile, Gardner, a prominent Democratic Party donor and mega-fundraiser who also served as director for European affairs on the National Security Council under President Bill Clinton, could return to Washington for a senior post or stay in London as ambassador to the U.K. or simply as a rainmaker.

But beyond the return to normalcy, Biden will face a critical choice even before he is sworn into office: between Democrats who crave a resumption of the policies of former President Barack Obama and those who want to correct Obama’s missteps — including some glaring failures in Syria or on Russia relations — and to forge a new U.S. foreign policy doctrine for the 21st century. At the same time, some Democrats say the former vice president will also have to resist a return to Cold War-era group-think, prevalent among some politicians of his generation who are now in their 70s and 80s.

Where Biden stands will quickly be evident in how he builds his Cabinet and fills senior posts.

Biden’s inner circle, led by Blinken, aged 58, is a generation younger than their boss, who will turn 78 next month.

Others close to the former vice president include Jake Sullivan, former director of policy planning at the State Department; Michael Carpenter, former deputy assistant defense secretary for Russia, Ukraine, Eurasia and the Balkans; Julianne Smith, who held senior posts in the Pentagon and the vice president’s office; Brian McKeon, former undersecretary of defense for policy; and Avril Haines; former deputy director of the CIA and deputy national security adviser at the White House.

Blinken and McKeon worked for Biden for many years as top aides on the Senate foreign relations committee; Haines also briefly worked on the committee when Biden was chairman. Blinken, Sullivan, Carpenter, McKeon and Smith all worked in Biden’s vice presidential office. And Carpenter and McKeon have run the Penn Biden Center for Diplomacy and Global Engagement at the University of Pennsylvania, an institute created after Biden left office in 2017.

Then there’s the larger foreign policy establishment, in which Biden has spent most of his career.

As many as 2,000 foreign policy experts have been advising the former vice president’s campaign, including some of the biggest names in Democratic circles. These establishment experts — many derided as “the Blob” by Obama’s Deputy National Security adviser Ben Rhodes — now stand to be re-welcomed into the government service as saviors of the liberal international order, after four years of tumult under President Donald Trump that saw career diplomats and civil servants exit in droves.

Rhodes warned pointedly against resurrecting the blob in a recent article in Foreign Affairs. “Biden and his team will have to find some way to reshape U.S. foreign policy and revive the United States’ sense of its purpose in the world,” he wrote. “It won’t be easy. A Biden victory in November would offer the temptation of seeking to restore the United States’ post–Cold War image of itself as a virtuous hegemon. But that would badly underestimate the country’s current predicament.”

There is no doubt Biden and his team would mark a return to more traditional foreign policy — renewed support for multilateral organizations and long-held alliances; less tweeting and courting of strongmen like Russian President Vladimir Putin or Turkish President Recep Tayyip Erdoğan. But how the larger tug-of-war will play out within the Democratic foreign policy establishment remains to be seen.

“There’s a choice that the Biden folks are going to have to make,” said one member of the Blob, who has advised the campaign and spoke on condition of anonymity to avoid jeopardizing chances of a job. “It’s a choice between restorationists and transformationalists — and not to be too ageist about it, but a choice between the older crowd and the younger crowd, and it’s going to be really tough.”

“People don’t quite know — what is Biden trying to do?” the campaign adviser said. “Restore and go back to a third term? Then he’ll want older hands, who have been around the block, know the players. But if you look at the Washington think tank people, more ideas for reviving the transatlantic relationship are coming from the younger generations.”

In recent weeks, Thomas Wright, director of the Center on the United States and Europe at the Brookings Institution, has written at length about this choice, which he describes as pitting restoration against change. While much attention has focused on a debate between progressive Democrats like Bernie Sanders or Elizabeth Warren and centrists like Biden, Wright focuses on a more nuanced split between the centrists, which Biden will have to referee.

“We know he will be different to Trump, but will his presidency differ in significant ways from that of former President Barack Obama,” Wright wrote.

Those Democrats pushing for bigger change, according to Wright, see an altered world that demands a new approach. “Shared problems, such as climate change and pandemics, have worsened, but international cooperation has become harder to achieve and to explain to domestic audiences,” he wrote. “The conviction that the world has fundamentally changed has led the 2021 Democrats to revisit the core tenets and assumptions of Democratic foreign policy in at least four areas: China, cooperation among democracies, foreign economic policy, and the Middle East.”

Back in D.C., the maneuvering for top jobs — and the traditional whispering games — are already well underway. Contenders for secretary of state include Senator Chris Coons, who currently holds Biden’s old seat from Delaware; Senator Chris Murphy, a relative young and progressive member of the foreign relations committee from Connecticut; Susan Rice, who served as ambassador to the U.N. and national security adviser for Obama; and Samantha Power, another former U.N. envoy.

Given Trump’s four-year onslaught against State Department employees, a number of veteran former diplomats are also in the mix for top jobs.

They include longtime career foreign service officers R. Nicholas Burns, who served as ambassador to NATO and is now teaching at Harvard University; and William Burns, who served as ambassador to Russia and is now president of the Carnegie Endowment for International Peace; as well as Wendy Sherman, the former lead negotiator on the Iran nuclear agreement.

Compared with Trump, who waged a war against the alleged “deep state” throughout his presidency, Biden will certainly put greater faith in all of his advisers, and especially in the U.S. foreign policy and intelligence communities. But the former vice president has such a lifelong, deep personal interest and commitment to international affairs that there is little doubt that the top foreign policy expert in the White House will be the president himself. Indeed, Obama chose Biden as his running mate largely because of Biden’s foreign policy experience.

While the Tonys have Biden’s ear when needed, nearly anyone who is anyone in EU foreign policy knows Joe or, at least, has met him.

“He has been around even since I was — uh —  involved in foreign policy at all,” said Wolfgang Ischinger, who is chairman of the Munich Security Conference and the flame-keeper in the German foreign policy establishment, who also served as ambassador to Washington.

“He has been in the Senate longer than I can remember, and during my ambassadorial too, whenever we had guests from Germany, members of the Bundestag or ministers, Senator Biden was always available to meet with somebody,” Ischinger said. “So he — we — had, my predecessors, my successors, myself, the German government has had an ongoing working relationship.”

Germany, in particular, found itself alienated by Trump and his combative ambassador, Ric Grenell. To patch up that friendship, Biden could turn to Karen Donfried, former senior director for European affairs on Obama’s National Security Council. Donfried is a fluent German speaker who holds a degree from the University of Munich and is currently president of the German Marshall Fund.

“I wouldn’t expect anything particularly revolutionary,” Corke said. “Because the whole point is establishing normalcy, reestablishing our alliances, showing that we care about democracy and human rights again, sort of reassuring the world.”

One test for Biden will be if he puts the brakes on the long-standing American tradition of rewarding major campaign donors with plum ambassadorships. Corke said she is working with members of Congress to require at least some minimum expertise, and especially to make sure that the most important jobs are held by professionals.

Posts like Paris and Prague might inevitably still become prizes for top donors, she said, but other positions were simply too vital. “The EU ambassador should not go to a high donor,” Corke said. “It’s really critical to rebuild that relationship right now. In Russia, you need somebody experienced, or they will get ruined.”

CORRECTION: This article was updated to correct the spelling of Antony Blinken’s name.

Why Macron will vote for Biden