Key moments of the UK election 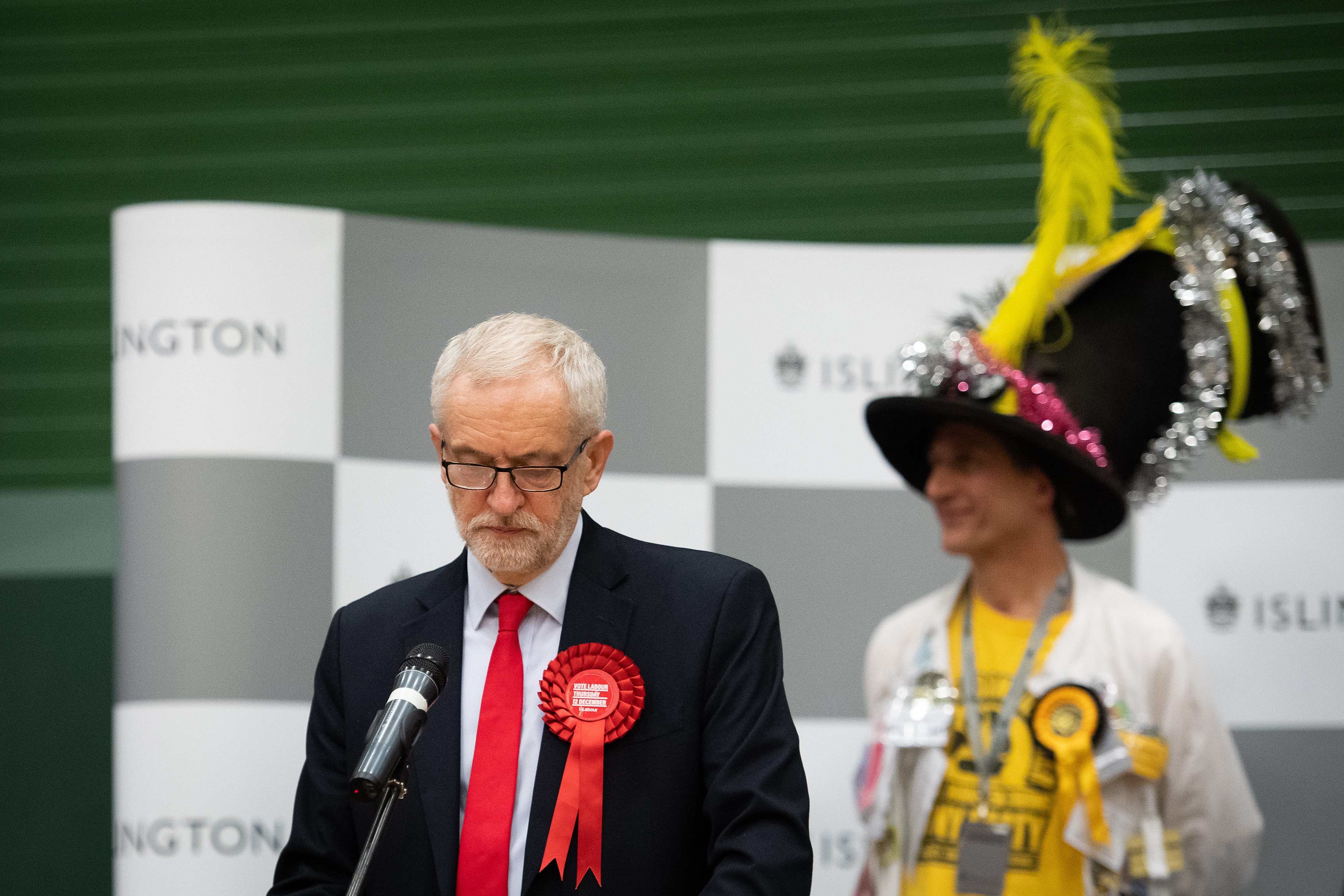 Within seconds of the polling stations closing, the bombshell dropped: According to the exit poll, Boris Johnson’s Conservatives were on course for a massive win and it was going to be a terrible night for Labour.

But there were plenty of other important moments as evening turned to morning. Here are some of the biggest:

Blyth Valley in the far north of England was a safe Labour seat, held by the party since 1950. No more.

It hadn’t really been mentioned as a Labour seat at risk of turning Tory, but in a shock early result the Conservative candidate Ian Levy won it with 17,440 votes, a majority of 712.

Levy said it was a “huge responsibility” and “massive honor” to win the seat. “I would like to thank Boris,” he said, before adding that he’d be heading to London to speak with the prime minister (assuming the trains run on time).

Workington Man is a Tory

For a mercifully short time, “Workington Man” was talked about as the the key to electoral success. If the Tories could win the north-west constituency of Workington and votes of older me in similar Northern towns who traditionally vote Labour, then they’d have a good chance of winning the election — or so the thinking went. They won the seat. And almost all other seats. So it could have been Worcester Man, Cleethorpes Man, Crawley Man etc etc etc.

Leftists often seems to prefer fighting among themselves rather than taking on the right. And no sooner than it became clear that Labour was headed for heavy defeat had the recriminations began. The hardest (metaphorical) punch was thrown by former Home Secretary Alan Johnson at Jon Lansman of Momentum, the pro-Corbyn activist group. Johnson repeatedly called Momentum a “cult” and told its members to “go back to student politics.” Johnson also said Corbyn was “a disaster on the doorstep. Everyone knew that he couldn’t lead the working class out of a paper bag.”

There's been a murder pic.twitter.com/QKWY6AAn6M

Not making plans for Nigel

The first big name of the night to fall was Nigel Dodds, deputy leader of the Democratic Unionist Party, who lost out to his Sinn Féin rival John Finucane. The DUP also suffered in North Down, where it lost out to the pro-Remain Alliance Party. All of which means Northern Ireland elected more Irish nationalists to Britain’s parliament than pro-British unionists for the first time since partition.

Things couldn’t have gone worse for Jeremy Corbyn and Labour (which won the smallest number of seats since 1935) but still the leader clings on. Although Corbyn said he wouldn’t lead the party into another election, he also said he would continue as leader “during a period of reflection.” Presumably, in an echo of his deeply unpopular Brexit policy, he won’t say whom he will support in the race to replace him, but will simultaneously support and not support all of them.

In the biggest shock of the night, Lib Dem leader Jo Swinson lost out to the Scottish National Party by a tight margin. Swinson, who had early in the campaign boasted about the possibility she’d be in Downing Street by Christmas, was magnanimous in defeat (and stepped down as Lib Dems leader). SNP chief Nicola Sturgeon, on hearing the news, wasn’t quite as dignified.

Kensington in London went from Labour to the Tories despite being the constituency that contains Grenfell Tower — the site of a devastating fire in 2017 in which 72 people died. (You’ll remember Jacob Rees-Mogg claiming that victims of the tragedy did not use “common sense” by following the fire brigade’s instructions to stay put.) Sam Gyimah, the former Tory who joined the Liberal Democrats, was booed at the count after winning around 9,000 votes, which, if the much touted tactical voting had been followed through on, would have given Labour the seat comfortably.

The big grudge match of the night was Lord Buckethead versus Count Binface. When Buckethead challenged Theresa May in Maidenhead in 2017, the guy behind the mask was comedian Jon Harvey. But Harvey faced a copyright challenge from U.S. filmmaker Todd Durham, who devised the Lord Buckethead character for the 1984 movie “Gremloids.” So Harvey had to ditch the Buckethead persona but decided to stand instead as Count Binface (a remarkably similar looking candidate). However, another Lord Buckethead (a Durhan-backed version representing the Official Monster Raving Looney Party) also stood in Uxbridge and South Ruislip. Buckethead won 125 votes and Binface 69. Some bloke called Boris Johnson won the seat.