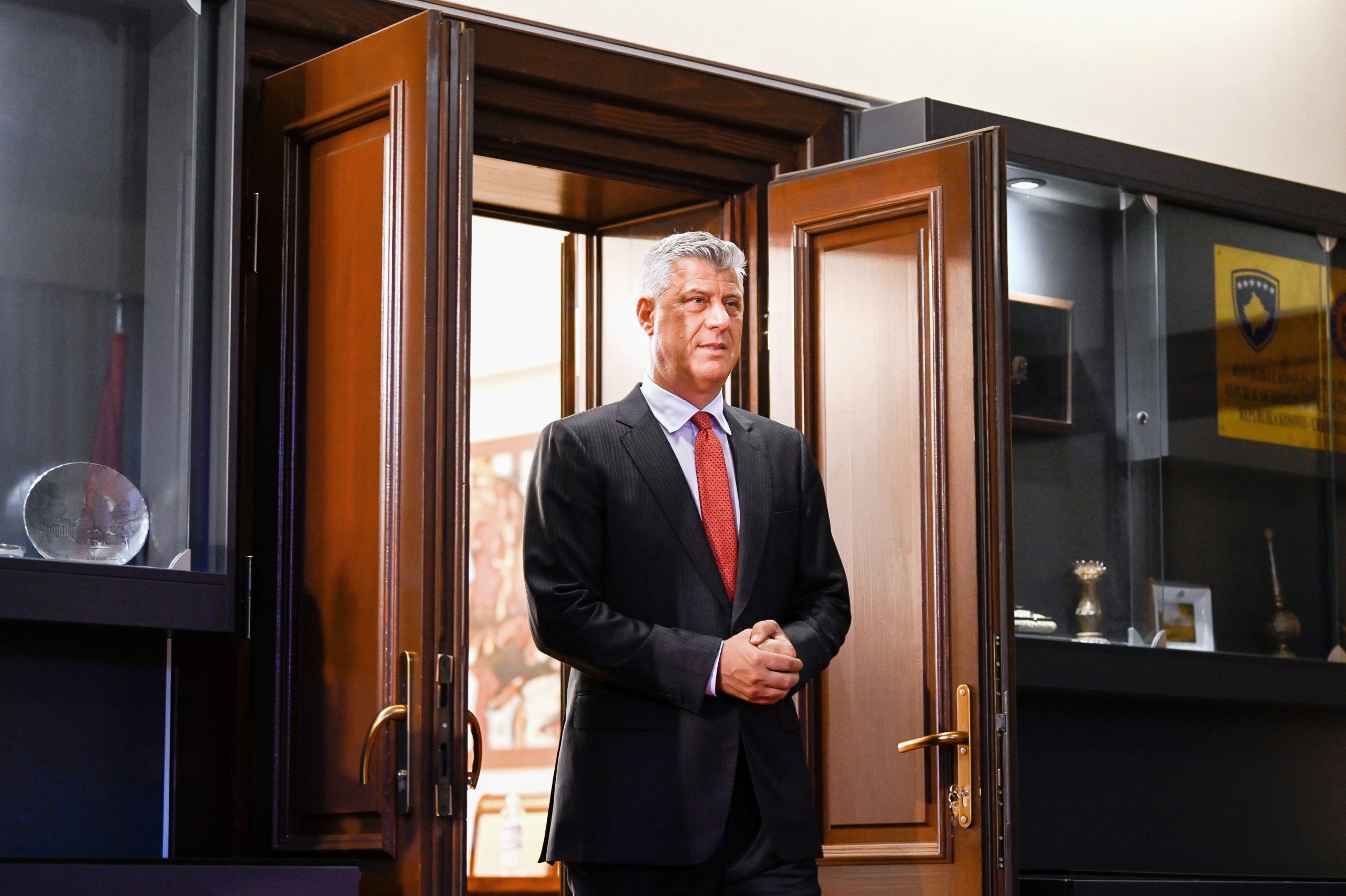 PRISTINA, Kosovo — Kosovan President Hashim Thaçi on Monday said there was not “a single piece of evidence” that he committed crimes against humanity and war crimes, charges leveled against him by a special court in The Hague.

In a pre-recorded video statement published on his Facebook page, Thaçi rejected accusations that he had participated in war crimes as part of a guerilla force during the conflict in Kosovo.

“I have never committed war crimes,” said Thaçi, making his first comments since the charges were announced last Wednesday. “There never was and there never will be a single piece of evidence addressed to Hashim Thaçi.”

The Kosovo Specialist Chambers (KSC), set up to examine war crimes during and after the 1998-99 Kosovo conflict, said last week that a prosecutor filed an indictment in April against Thaçi, his close associate and former speaker of parliament Kadri Veseli and others, accusing them of “a range of crimes against humanity and war crimes, including murder, enforced disappearance of persons, persecution, and torture.”

Thaçi said the accusations were a “fabricated media bomb,” intended to incriminate him “at the exact moment when dialogue with Serbia could enter a new phase, thanks to the direct engagement of the White House.”

The KSC statement was issued when Thaçi was en route to Washington for talks with Serbian leaders, aimed at increasing economic cooperation between the two wartime foes.

“That statement,” he said, “rendered impossible a very important meeting at the White House, thereby giving a strong blow to the opportunity of achieving peace between Kosovo and Serbia.

According to court procedure, the indictment is under review by a pre-trial judge pending final approval before a trial can begin. Wednesday’s statement was meant to alert the public to “repeated efforts by Hashim THAÇI and Kadri VESELI to obstruct and undermine the work of the KSC,” the prosecutor’s office said.

Thaçi has been the most visible political figure from Kosovo for the past 20 years, involved in almost all the international processes aimed at establishing the independence of the breakaway Serbian province. His potential indictment could endanger both the processes he has been involved in as well as the international legitimacy of Kosovo’s independence, which it declared in 2008 but Serbia has not recognized.

“It was a mistake for the West to put all the eggs in the Thaçi basket,” said analyst Donika Emini of the Balkans in Europe Policy Advisory Group. “The civil society and others in Kosovo have insisted over the years that the EU and the U.S. should not allow the dialogue between Kosovo and Serbia to be monopolized by one person.

“By making Thaçi part of all the key international processes Kosovo has been involved in since the 1990s, the EU and the U.S. have risked tainting the process and thus delegitimizing Kosovo’s independence as a whole,” she said.

Emini said that while many in Kosovo would not object to Thaçi facing trial over the allegations of corruption that have dogged the president for years, accusing him of war crimes would taint the fight of Kosovo Albanians against the army and government of the former Yugoslavia.

“The KLA [Kosovo Liberation Army, of which Thaçi was the political leader] is an emotional issue for people in Kosovo. People identified with the resistance fighters at a time when they felt oppressed by the government in Belgrade. People would be OK if Thaçi would have been indicted or even jailed for the way he led the country.”

Emini said Thaçi could play on the memories of the war and the difficulties faced by Kosovo Albanians during the disintegration of Yugoslavia to rally people against the court.

“He has been given an emotional issue he can manipulate with, and he’s going to use it. Now he can use that to mobilize people in Kosovo against the court and against the international community.”