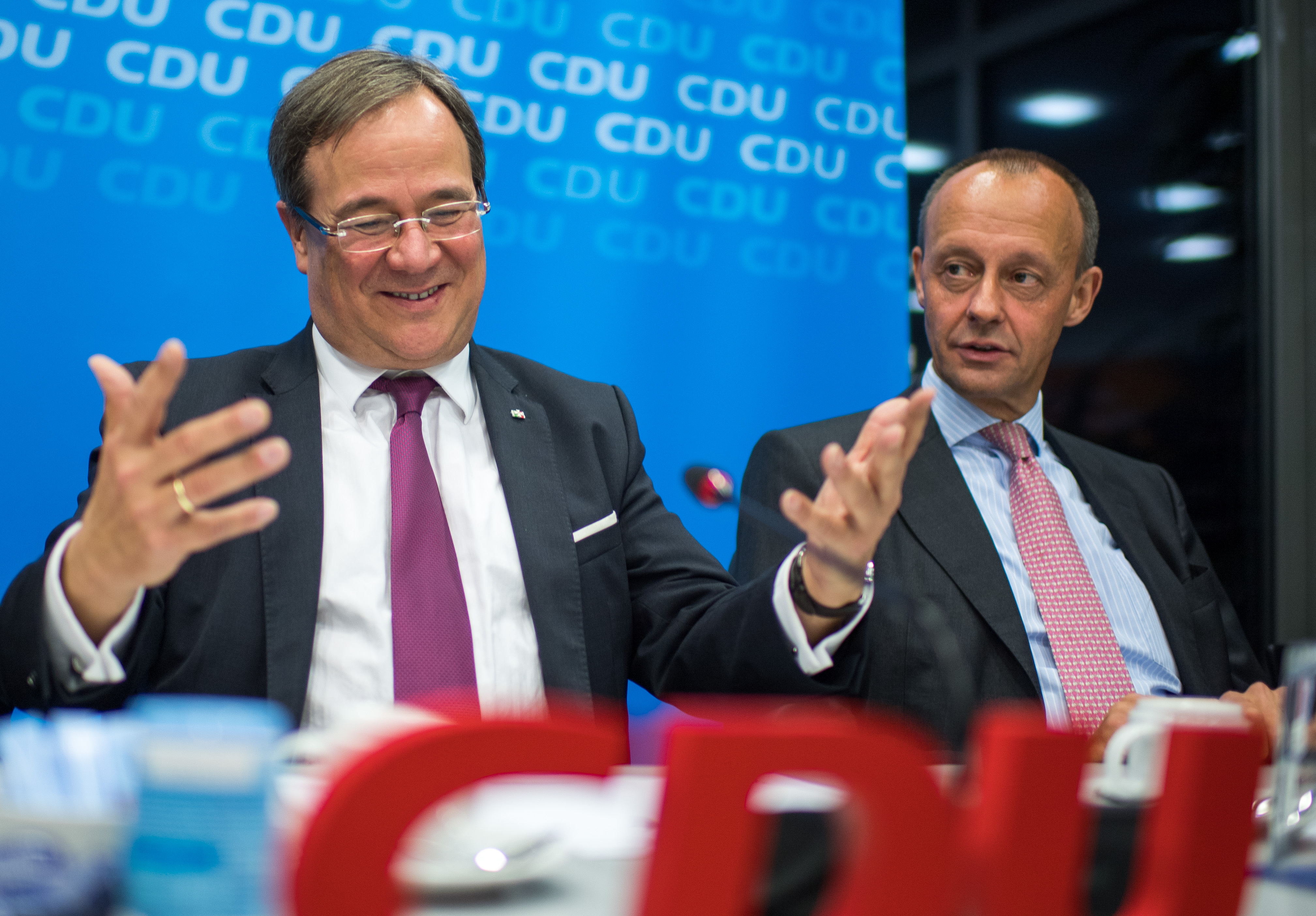 BERLIN — And then there were three in the race to lead Germany’s Christian Democrats.

Armin Laschet, the prime minister of the populous North-Rhine Westphalia region, and former CDU official Friedrich Merz on Tuesday announced their bids to succeed party chief Annegret Kramp-Karrenbauer as head of the CDU.

That makes the leadership race a three-way contest including ex-minister Norbert Röttgen, who chairs the Bundestag’s foreign affairs committee and announced last week he would run.

German Health Minister Jens Spahn, who had also been widely tipped to join the race, said Tuesday he would support Laschet instead. Their alliance would see Spahn become deputy to Laschet.

Speaking to the press on Tuesday, Laschet and Spahn pointed to a crisis in the CDU, which has been rocked by the fallout from regional CDU lawmakers voting with the far right to elect a premier of the eastern state of Thuringia and suffered one of its worst ever electoral results in Hamburg on Sunday.

“The CDU is bigger than either one of us, this is about the future of our country,” Spahn said.

Merz, who is considered to be the party’s right-leaning option, promised “renewal” and warned that Germany needed to move ahead on digital infrastructure and give French President Emmanuel Macron a “better answer” to his European reform plans.

Both Merz and Röttgen also pledged Tuesday to appoint women as deputy leader.

A new party chairman, and effectively a chancellor-in-waiting poised to replace Chancellor Angela Merkel by the next federal election in 2021, will be picked by CDU members at a special party congress in Berlin on April 25.

WWE's WrestleMania is this weekend. Here's how to watch