New Englanders have seen their fair share of the macabre, but the story of Lizzie Borden and how she purportedly “took an ax and gave her mother 40 whacks” (and her father 41) is one of the region’s most notable unsolved mysteries. For decades people have asked “Did she or didn’t she?”, and her tale has been fodder for countless books, movies, and podcasts. And now, more than a century after her parents’ infamous murders, Lizzie Borden’s Fall River, Massachusetts, mansion is on the market. 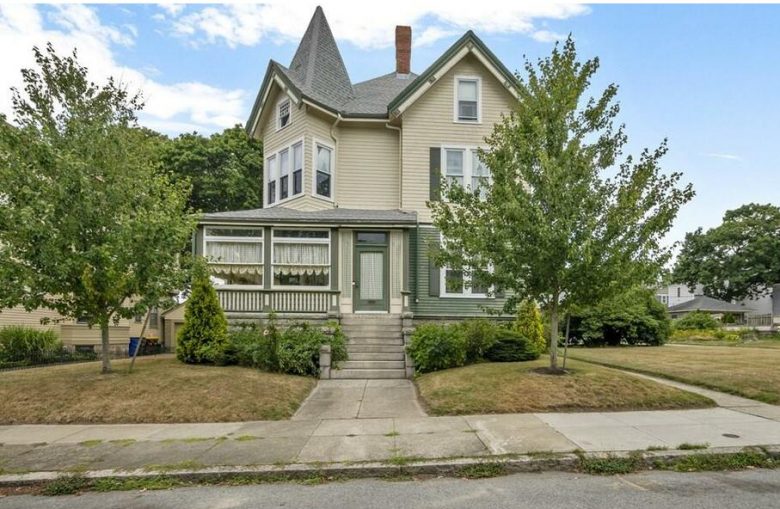 The Queen Anne mansion, which Borden dubbed Maplecroft after buying it in 1893, was her “final resting place that she lived in until her death, NOT the house where the murders happened,” as the real estate agency specifically states on its website. (While this detail may deter some potential homebuyers, most will likely find comfort in it.) The house has been fully restored to its former Victorian glory by the owners of the nearby Lizzie Borden Bed & Breakfast Museum, which is located in the house where the 1892 Borden murders did happen. 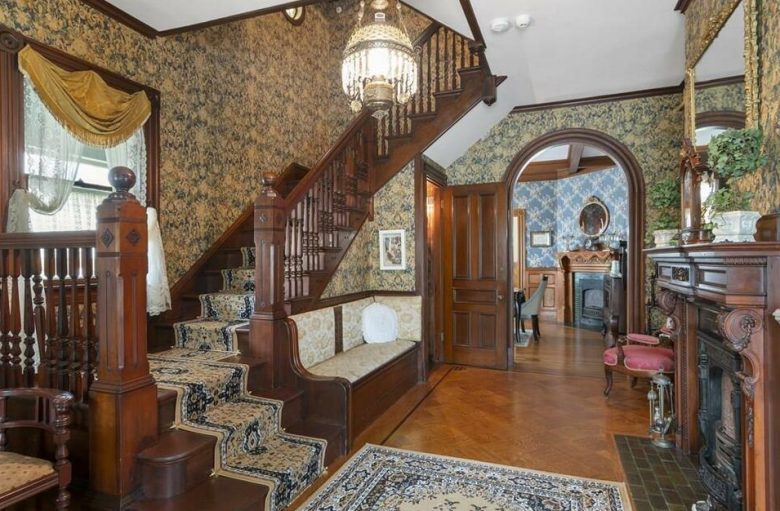 Though it isn’t the site of the infamous ax murders, some people still believe there’s something eerie afoot at Maplecroft.

Renovations have maintained the estate’s historical integrity while incorporating a number of modern comforts, such as updated appliances. The mansion has seven bedrooms and three and a half baths, with historical details including six fireplaces, coffered ceilings, walnut wainscoting, parquet floors, and stained glass. 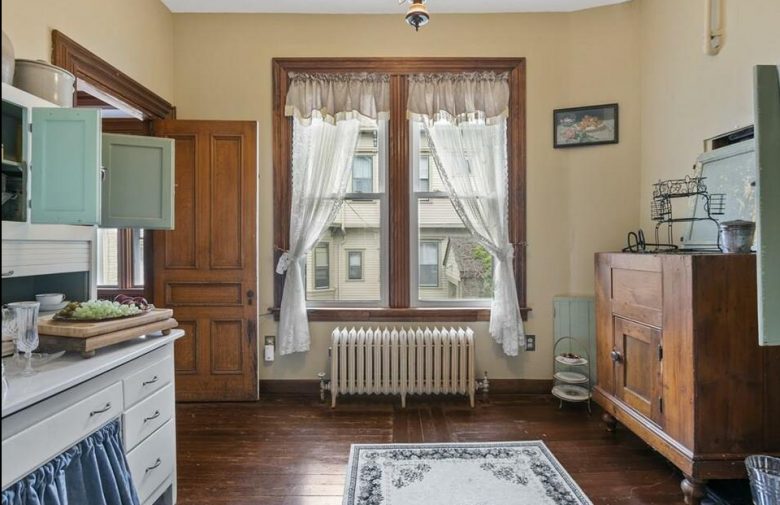 Essentials like appliances have been updated, but the house retains its vintage feel. 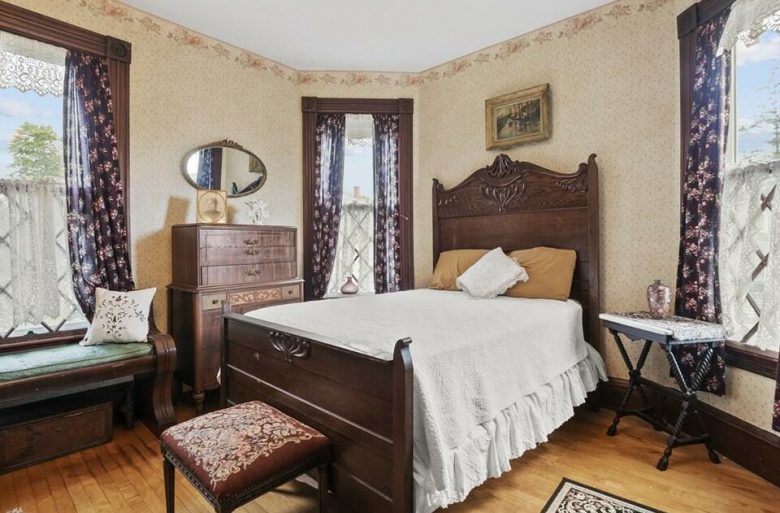 The current owners of Maplecroft, where Lizzie Borden died in 1927 at age 66, had initially intended to turn the home into a museum.

Coming in just under 4,000 square feet, the c. 1887 grand Victorian mansion was last sold in 2018 to Donald Woods and Lee-ann Wilber. The couple had intended to turn Maplecroft into a companion museum to their Lizzie Borden Bed & Breakfast/Museum, but when the COVID-19 pandemic hit they chose to put it on the market instead. 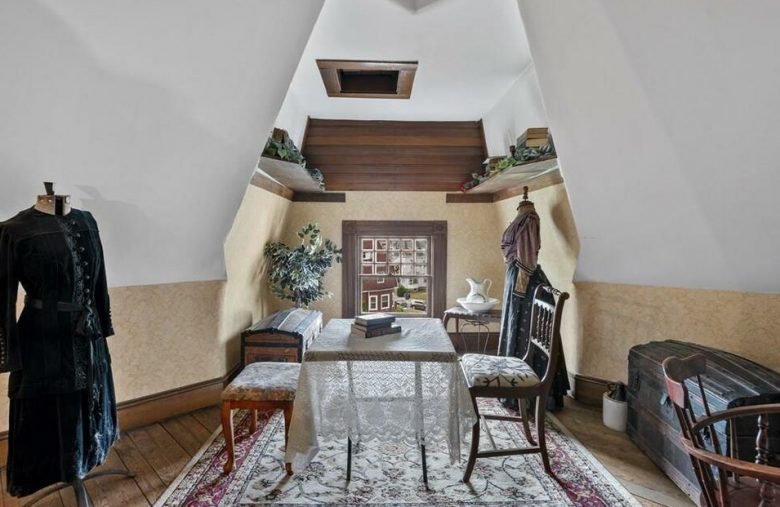 The Victorian estate was built around 1887 and boasts many period furnishings. 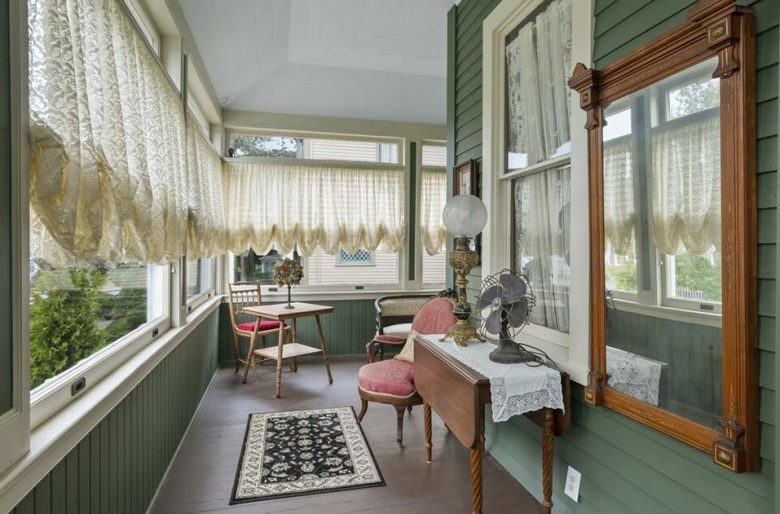 Did we mention it comes fully furnished?

Think you might like to take a whack at continuing to build upon this home’s fascinating history? For $890,000 you could turn Maplecroft into the mansion B&B of your (possibly macabre) dreams, experience the rumored paranormal activity firsthand, and ask the ghosts yourself: Is that story about Lizzie actually true?

Did Lizzie Borden Really Take an Ax and Give Her Mother 40 Whacks?