Macron to EU frugal faction: Recovery plan is good for you too 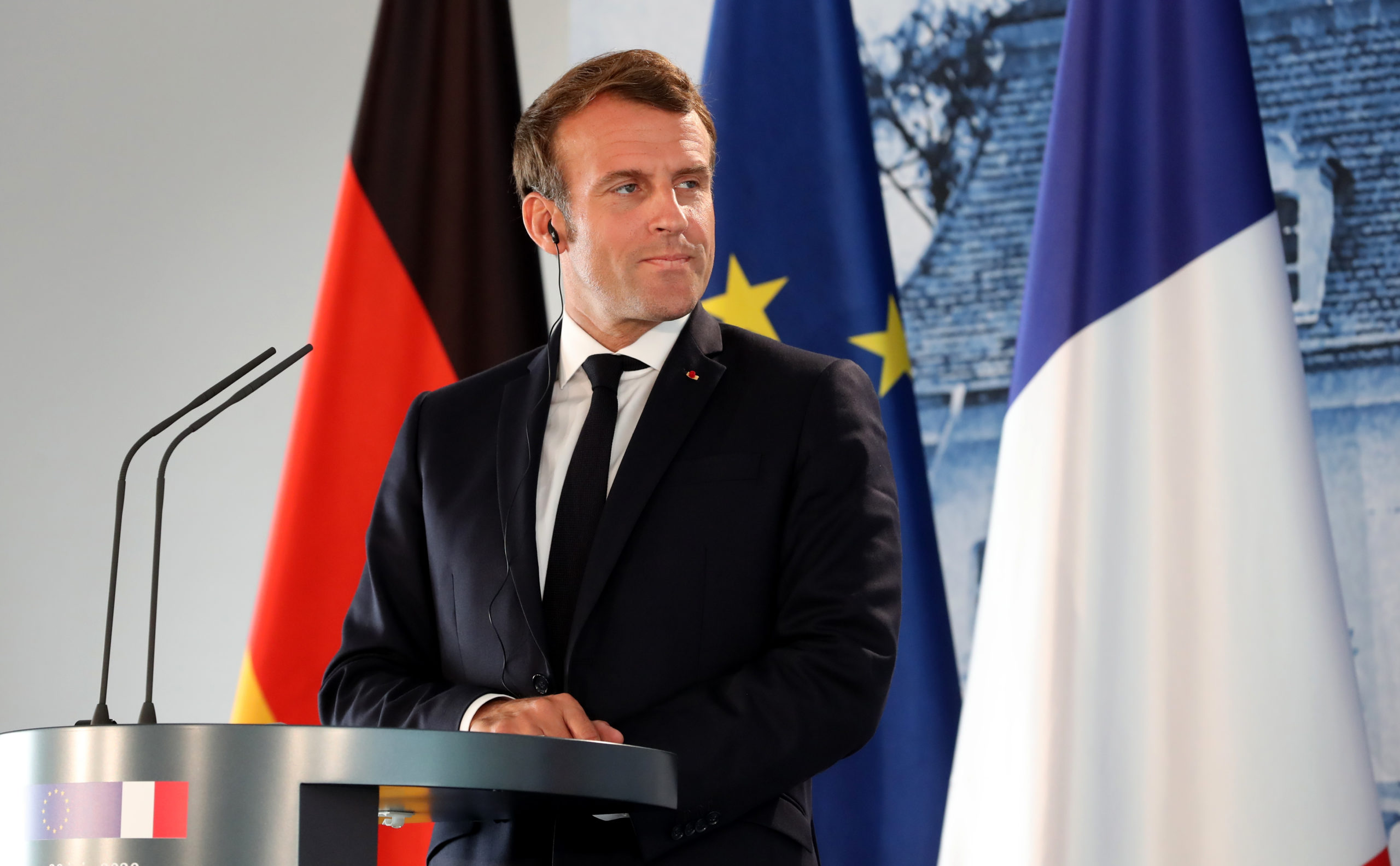 “We must never forget that the famous frugal countries we are talking about are countries that are net beneficiaries of the operation of the [European] single market,” Macron said at a press conference with Chancellor Angela Merkel, in a break from talks between the two leaders at the German government’s country retreat outside Berlin.

Macron was referring to the Netherlands, Austria, Denmark and Sweden — the so-called “frugal four” opposed to the European Commission’s recovery plan and a similar Franco-German proposal. The French president said the single market offers such countries “much more than it brings to others.”

“It is … not in their interest to see certain member states, and in particular major markets in the European economy, affected,” Macron said of the economic impact of the coronavirus crisis.

“So it’s a matter of solidarity to have these transfers, but also of self-interest,” he said.

Macron’s visit was the first by a foreign leader to Germany since the coronavirus crisis paralyzed Europe. It came two days before Berlin takes on the rotating six-month presidency of the Council of the EU and almost exactly two years since Macron’s last visit to the government castle, Schloss Meseberg, nestled in the rolling fields of Brandenburg.

While in 2018 debate centered on a eurozone budget, the two leaders are now focusing on corralling EU colleagues to support plans to create a debt-financed recovery fund that would disburse money mainly in the form of grants. The new fund would be bolted on to the EU’s next long-term budget.

“For many states, who are perhaps still skeptical today, the wish is that we do come out of the crisis strong together,” said Merkel, warning that countries must “look at their own policies to ensure that we are fit for the future.”

EU leaders will meet for a European Council summit in Brussels on July 17 and 18 in an effort to reach a deal on the budget and recovery fund.

Macron said the recovery plan would be “what enables Europe to rise to the challenge it faces today” and urged leaders to find agreement soon “because waiting will not make things any easier.”

Facebook Is Doing Too Little on Civil-Rights Concerns, Auditors Say