The man behind the global struggle to create digital taxes

No budging from leaders means no EU budget (yet)

Ukrainian official to go into quarantine with Wuhan evacuees

Pompeo announces ‘understanding’ between US and Taliban

Far-right extremist suspected of being behind Hanau attack

Thank you, Mike Bloomberg, for rescuing the Democratic debate 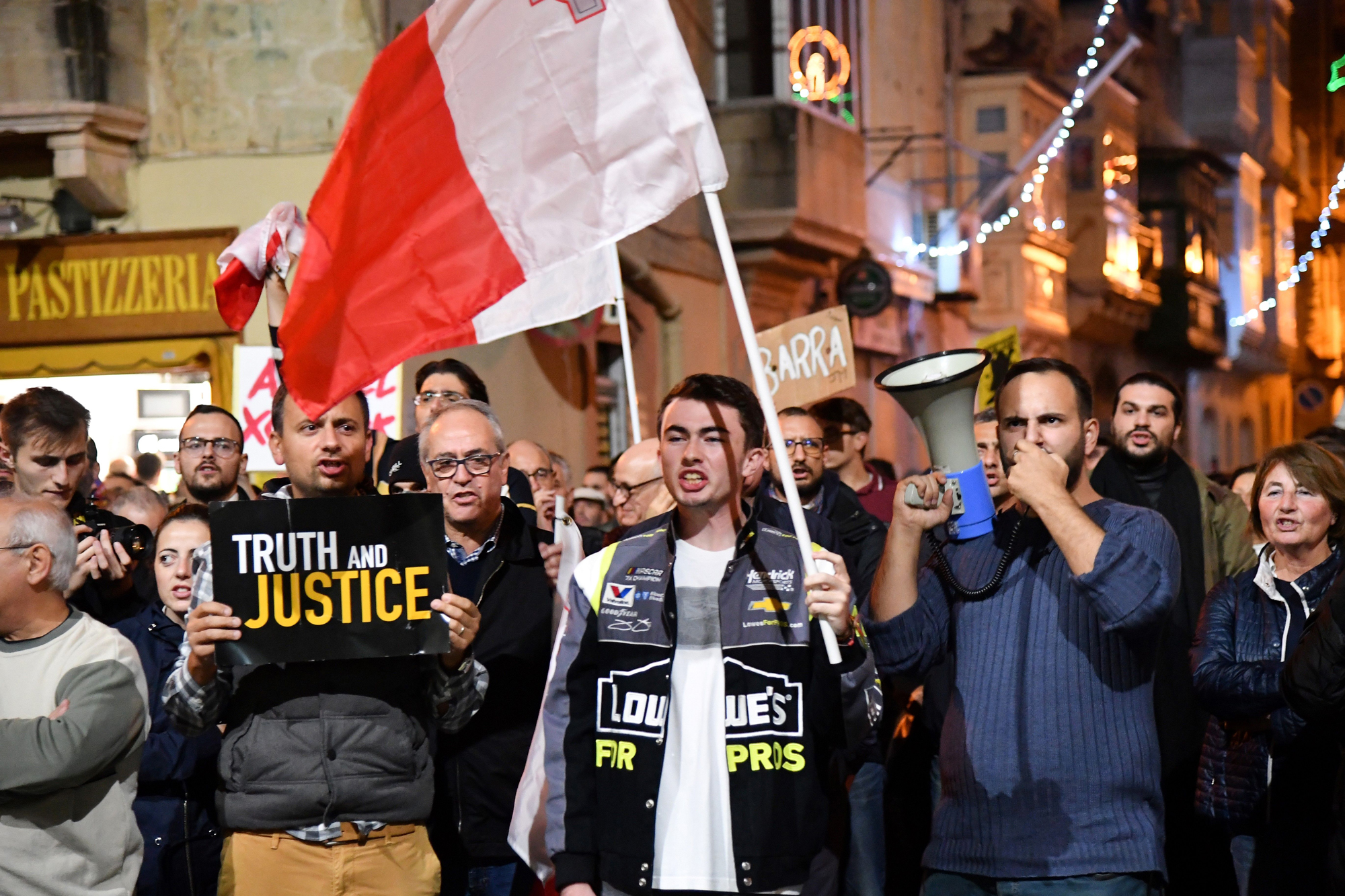 A Maltese Cabinet minister resigned Monday after a newspaper reported links between her husband and the man suspected of being behind the murder of journalist Daphne Caruana Galizia.

Justyne Caruana, the minister responsible for the island of Gozo, said in a letter that she was submitting her resignation “with immediate effect in view of the press story issued, even though I am completely extraneous to it and have no connection to the facts,” Reuters reported. She will remain a member of parliament.

The Sunday Times of Malta had reported that Caruana’s husband, former assistant police commissioner Silvio Valletta, travelled to London with businessmen Yorgen Fenech to watch a football match in September 2018, when Fenech was already a person of interest in the killing of the journalist.

“I never did anything wrong and would certainly never have gone abroad with anyone who I would have thought, or known to be under investigation,” Valletta said.

Caruana Galizia was killed by a car bomb in October 2017, prompting a murder investigation that has caused political turmoil in Malta, culminating in the recent resignation of Joseph Muscat as prime minister.

Fenech was arrested in November on board his luxury yacht as it was about to leave a Maltese harbor. He has been charged with complicity to murder.

Robert Abela, who replaced Muscat as prime minister, said the resignation was “the example we set and the benchmark we as a government want to abide by.”

How Trump fused his business empire to the presidency