Every state has a flag, a motto, and a song. More often than not these are very familiar to the state’s residents, but do you know about some of the more obscure state symbols? These symbols seem to speak to the character of each New England State. Some may come as a surprise, but even if you didn’t know about the symbols before you started reading, we here at Yankee expect you’ll be nodding your head in agreement with most of the following little known symbols for your state. 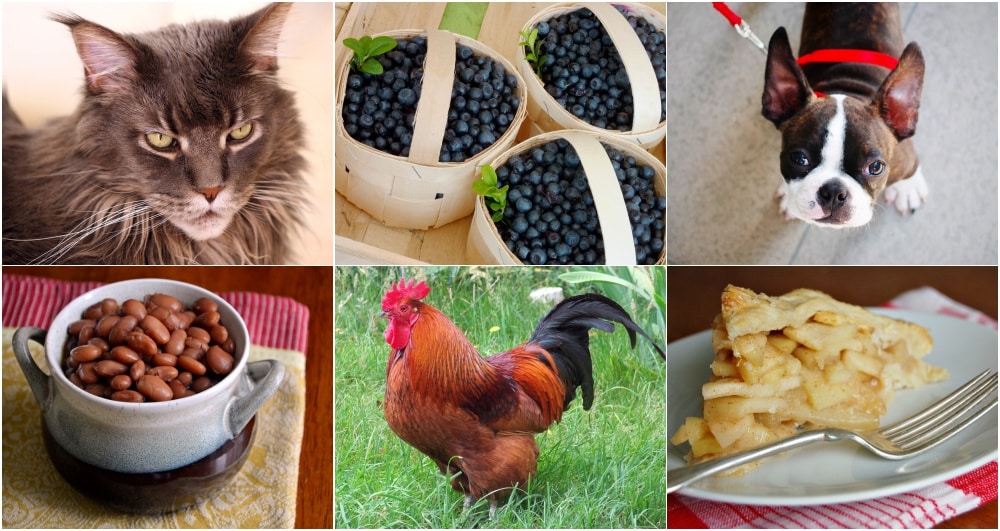 In 2003 Connecticut legislature declared the “The Nutmeg, Homeland of Liberty” by Stanley L. Ralph the official state cantata. A cantata is a piece of music for chorus, including solos and recitatives; Ralph’s piece explores Connecticut’s history.

Connecticut is one of 22 states to call the square dance its state dance. In recent decades, several bills were written proposing to make square dancing the national folk dance, but it wasn’t until 1995 that it became official. 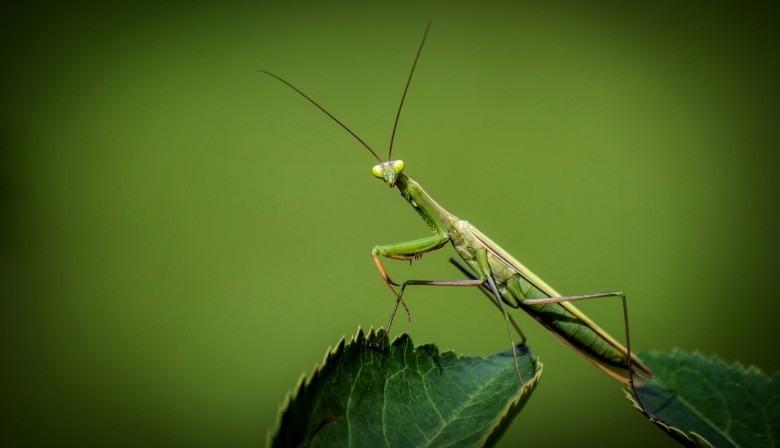 This green bug is not a native of Connecticut or even of the United States, but this did not stop Connecticut from proclaiming it the state insect. During the spring and summer, you can find the praying mantis throughout the state.

Oysters were a staple in the diet of Native Americans and early European settlers in the Connecticut region, and in the 19th century, Connecticut boasted one of the largest oyster industries in the United States. Connecticut officials acknowledged the oyster’s importance in 1989 when they declared it the official state shellfish.

Maine officials nominated this bitter tasting drink to be the state beverage in 2005. The drink’s inventor, Dr. Augustin Thompson, was born in Maine, and there is a Moxie Festival in Lisbon Falls, Maine every year. 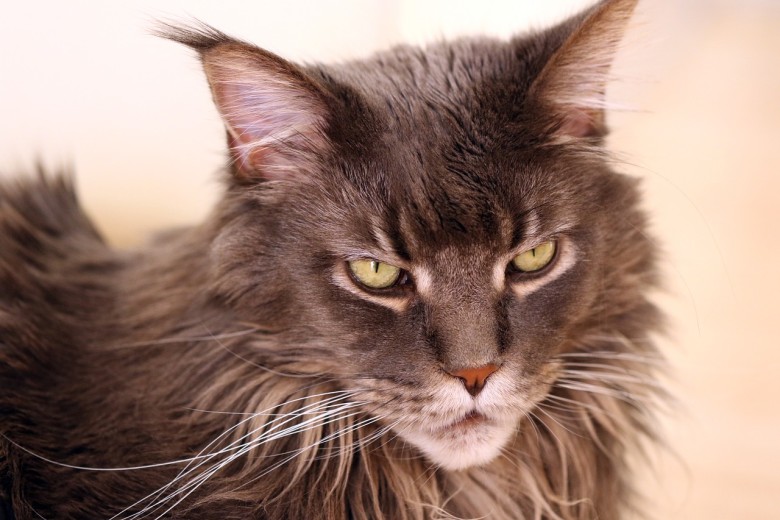 The Maine coon cat was adopted as the official state cat or state domestic animal in 1985. The coon cat is large and perfectly suited for Maine winters with its water resistant, thick fur coat and its tufted snow-shoe like paws.

Originally used for medicinal purposes by Native Americans, this glossy green-leafed plant was named the official state herb of Maine in 1999. While still used in teas for sore throats and upset stomachs, it is now commonly used to flavor gum and toothpaste. 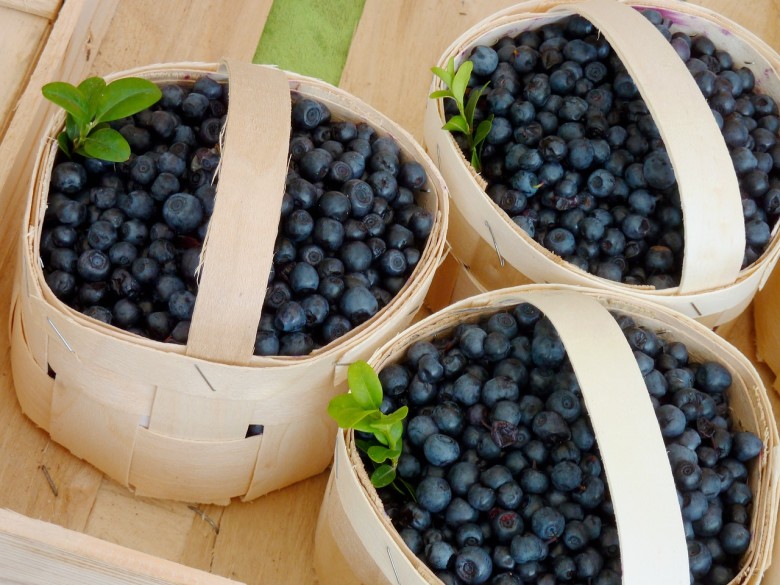 While not originally invented in Maine, the whoopie pie has become one of the most popular treats offered in the state. The cake-like dessert has been a staple on shop shelves since 1925 and became the official state treat in 2010.

As of 1993, the Baked Navy Bean (also known as the Boston bean or Yankee bean) has been the official state bean of Massachusetts. Native Americans most likely introduced settlers in the Massachusetts area to this bean and how to eat it with animal fat and maple sugar. Throughout the centuries Massachusetts has been famous for its beans, gaining Boston the nickname of “Beantown.” 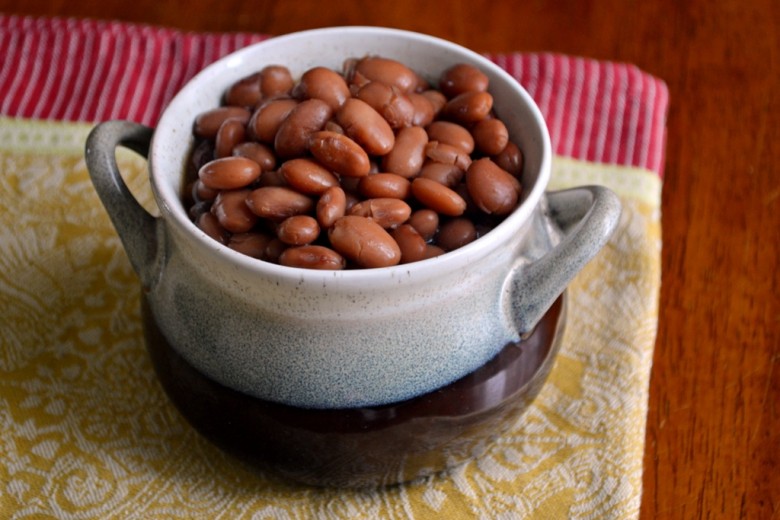 It took two years to get the cranberry named as Massachusetts state berry, but in 1994 the petition finally went through. The Cranberry originates in the United States and was a staple in the Native American diet. More recently it has become a traditional Thanksgiving Day garnish. Cranberry juice has been the official state beverage since 1970.

The tabby cat, which is not a specific breed of cat in anyway, was named Massachusetts official cat in 1988. The tabby cat is so called based on the colors and patterns of lines in its coat. Massachusetts is one of four states to honor cats with state symbol status.

In 1930 in the Toll House Restaurant in Whitman, Massachusetts a delicious, chocolaty cookie was created. The cookie became known as the chocolate chip cookie and was voted as the official cookie of Massachusetts in 1997. 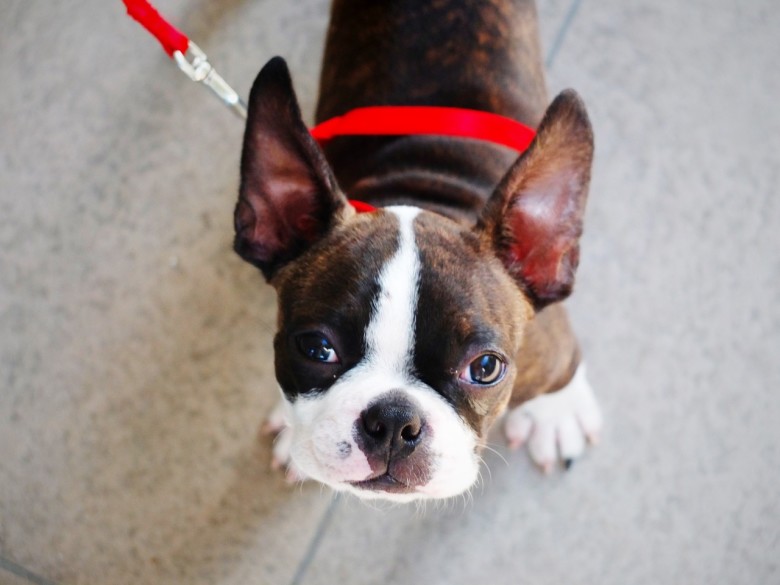 This compact dog was one of the first purebred dogs to come out of the United States. Robert C. Hooper developed the breed in Boston in 1870. Massachusetts legislature proclaimed it the official state dog in 1979.

In general the corn muffin features prevalently in New England cuisine, but Massachusetts snatched it up as its official state muffin 1986.

In 2010, New Hampshire legislature named apple cider the state beverage, honoring over 150 apple growers who work and live in New Hampshire. You’ll definitely want an apple cider donut to go along with your drink.

The Chinook dog became New Hampshire’s state dog in 2009. It is the only dog to have originated in New Hampshire. During the 20th century, it served as a sled and work dog. 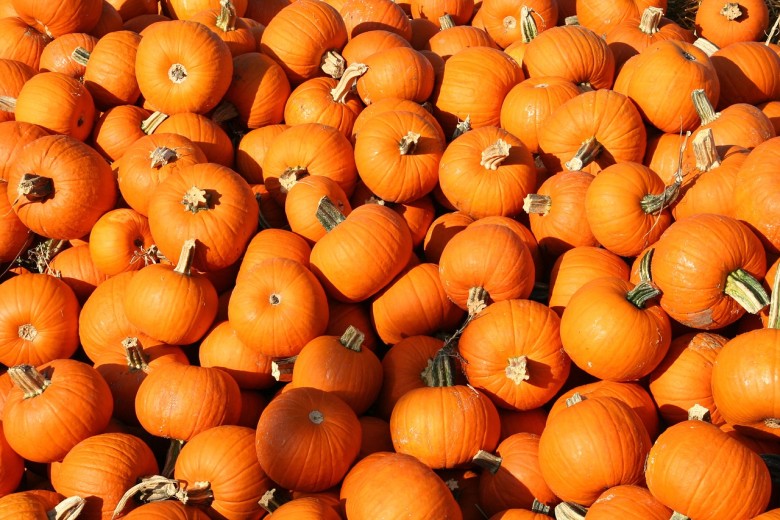 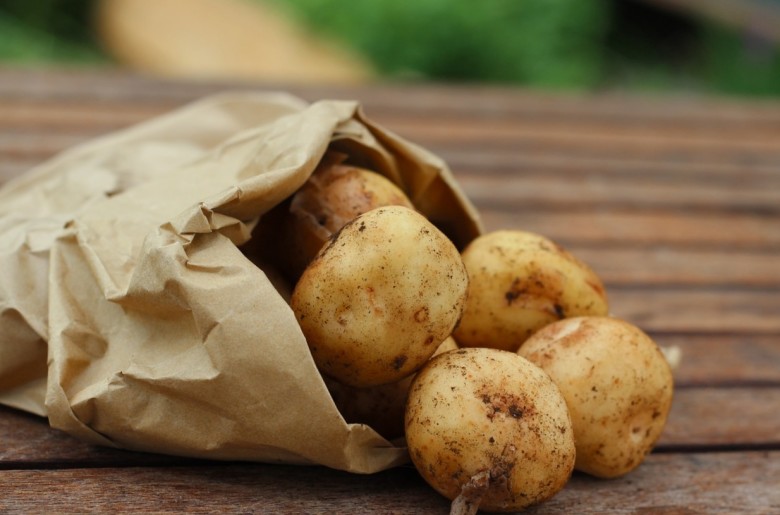 In 1895 a man by the name of Charles I.D. Looff designed and built the Crescent Park Carousel. It is one of only a few handmade wooden carousels still in use today. In 1985 state government named the carousel, which is on the national register of historic sites, including its 66 hand carved horses Rhode Island’s symbol of American Folk Art. 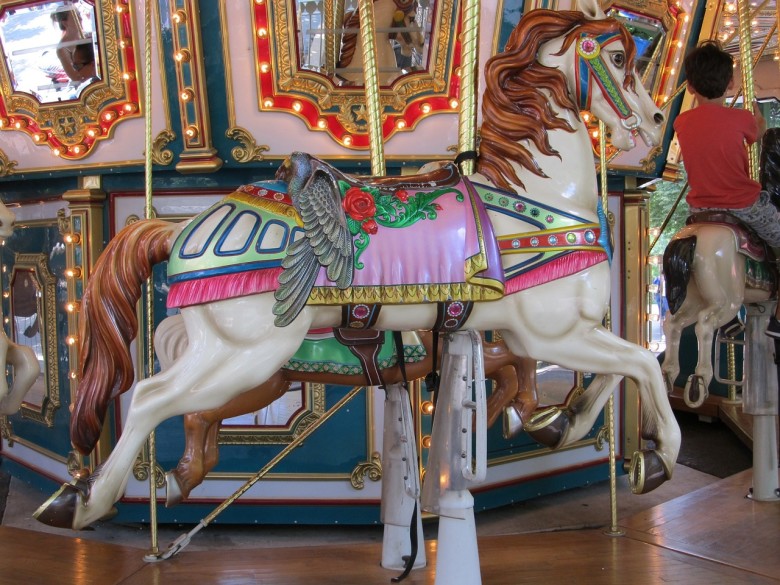 Rhode Island legislature named the iconic rooster of New England farms and barn roofs, with its rusty red body, green tail feathers, and bright red comb, the official state bird in 1954. It beat out the osprey and ruby-throated hummingbird. 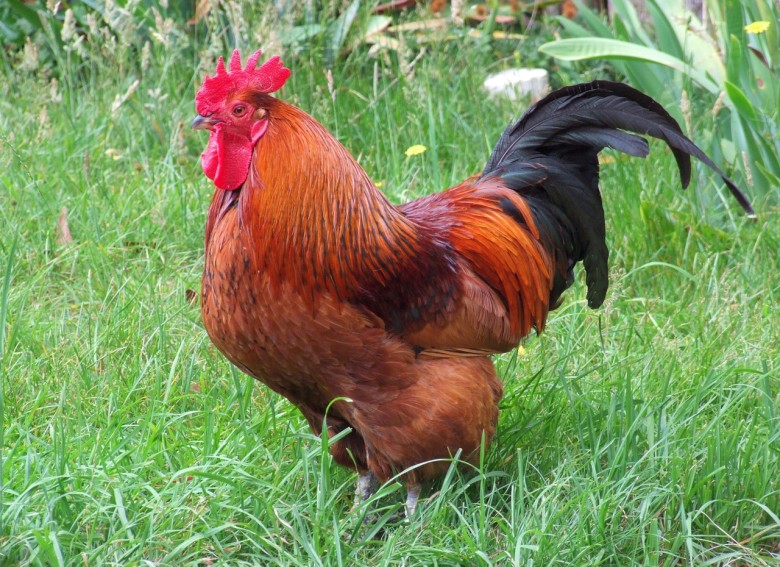 The people of Rhode Island proclaimed this chocolate milk-like beverage the official state drink in 1993. It is a combination of coffee syrup and milk that dates back to the 1920s. A Coffee Cabinet is a specialty drink, which resembles a frappe and uses coffee milk and ice cream. 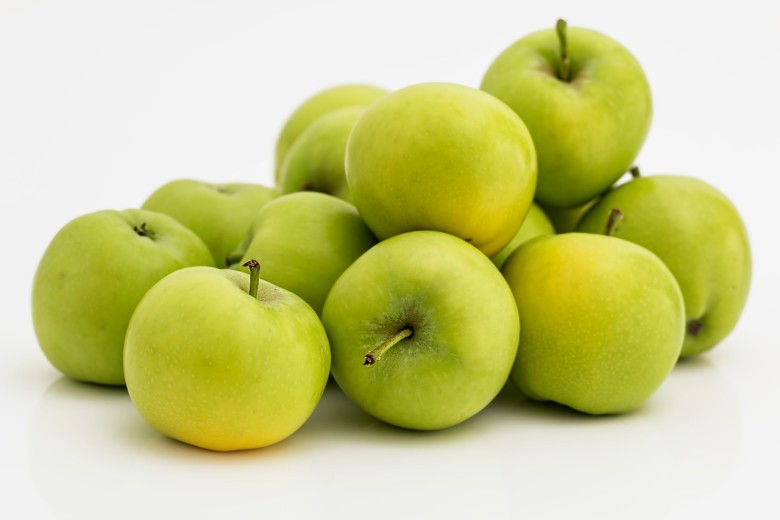 Dating back to the 17th century, the Rhode Island greening apple is one of the oldest American varieties of apples. It is best used for cooking and drying, but may also be eaten raw. It became the official state fruit of Rhode Island in 1991.

The Morgan Horse was one of the earliest breeds developed in the United States. It is a descendant of a horse named Figure, a bay stallion owned by Justin Morgan. The Morgan Horse was originally used to pull coaches, to ride and race, and as the mount of choice in the Revolutionary War cavalry. It was named the official state animal of Vermont in 1961; it also serves as the official state horse of Massachusetts. 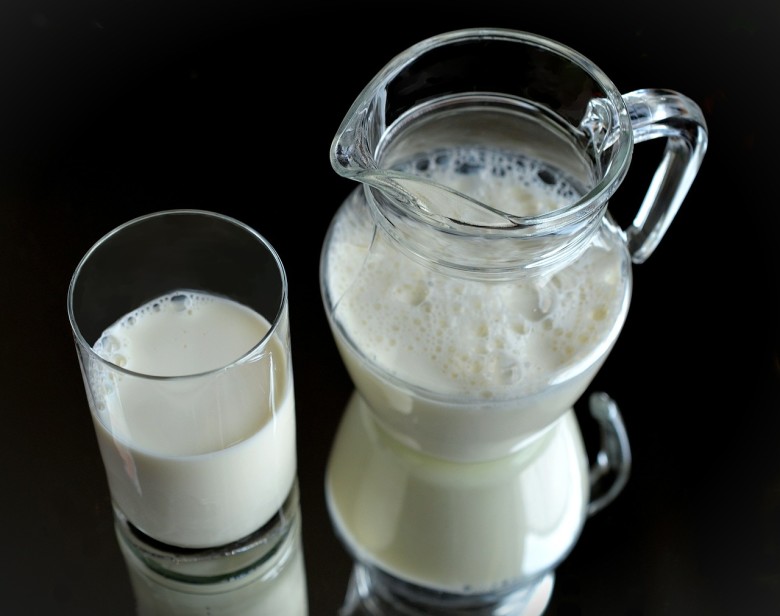 Who knew a state could have an official flavor? In 1993 Vermont named maple as its state flavor. Vermont is one of the top producers of maple syrup in New England. Learn more in our guide to maple syrup grades, how to make sugar on snow using maple syrup, and another maple favorite, maple candy.

The Randall Lineback cow originated in Sunderland, Vermont. It is typically used as a dairy cow, but it may also be used for meat. It became the official state livestock breed of Vermont in 2006. 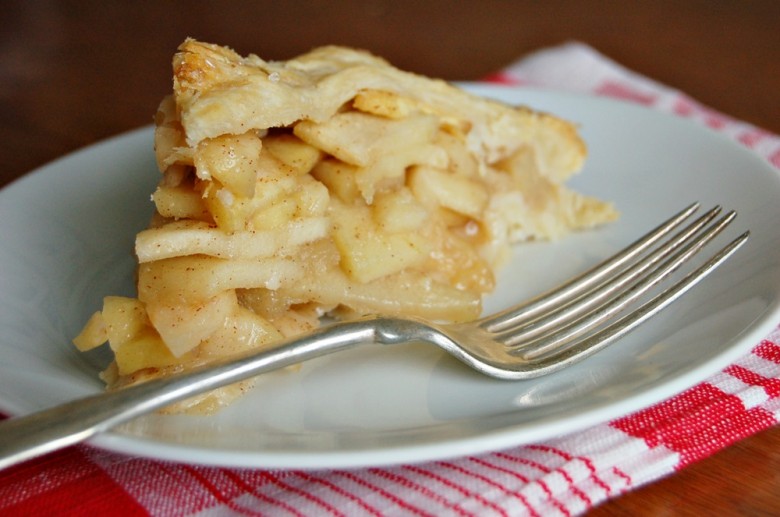 The apple became Vermont’s official state fruit in 1999, and in that same year Vermont’s legislature recognized the apple pie as the official state pie. Here are some of the best apple recipes.

Do you know of any quirky or interesting New England state symbols that we’ve missed? Let us know!

How the coronavirus job cuts played out by sector and demographics