Canadians Send Rail Valuations Northwards, but Not Beyond Reason

Netflix Will Need Some Post-Summer Blockbusters

Dealers Are Selling Cars So Fast They Don't Need to Borrow

Bonds Reflect Hope That U.S. Recovery Will Spread to Europe

Tim Fenton writes here about Tracy Ann Oberman’s “faux victimhood”. I don’t want to get into this particular case, but the concept of faux victimhood is surely a useful one. And it highlights a problem with actually-existing liberal democracy.

The problem is that what gets heard is not necessarily a guide to what really matters.

People with a sense of faux victimhood make a lot of noise. The old saying is true: “when you're accustomed to privilege, equality feels like oppression." This is why some white people feel victimized by Black Lives Matter, or why some men feel victimized by feminists. And it’s what gives us complaints about people being “cancelled” when in fact their only fate is to be reduced to writing for the Telegraph. It’s the stone in the show that gets noticed. And gets complained about. Faux victimhood leads to noisy but unwarranted demands*.

Such noise pushes trivial complaints up the agenda, such as about “wokeness” or “cancel culture” or how the British Empire is taught. Brexit is perhaps the best example of this: before around 2015 only a tiny minority cared (pdf) much about the EU. But it was a noisy minority.

The flipside of some people making more noise than their grievances justify is that others are too quiet. Amartya Sen has expressed this beautifully:

A person who has had a life of misfortune, with very little opportunity, and rather little hope, may be more easily reconciled to deprivations than others reared in more fortunate and affluent circumstances…The hopeless beggar, the precarious landless labourer, the dominated housewife, the hardened unemployed  or the over-exhausted coolie may all take pleasure in small mercies, and manage to suppress intense suffering for the necessity of continuing survival. (On Ethics and Economics, p45).

This juxtaposition means that democratic politics is a poor way of addressing real needs. It attaches too much weight to noisy but trivial complaints and insufficient weight to quiet but genuine suffering. It means that politics becomes not a matter of improving people’s lives but a mere game.

My point here is actually about that basic idea in statistics, sampling bias: what we hear is a biased sample of what there really is, and of what matters. As Edmund Burke said:

Because half a dozen grasshoppers under a fern make the field ring with their importunate chink, whilst thousands of great cattle, reposed beneath the shadow of the British oak, chew the cud and are silent, pray do not imagine that those who make the noise are the only inhabitants of the field.

Anybody who has tried to chair a meeting should know this. Any decent chairman should ensure that all voices are heard. Just because somebody is quiet does not mean they’ve nothing worth saying. And just because they talk a lot does not mean their voice should carry weight. 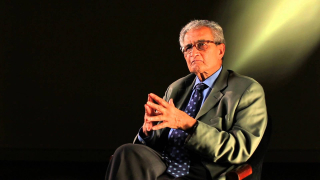 And yet our political-media institutions do the exact opposite of this. The media amplifies noisy vacuous complaints whilst underplaying genuine ones: columnists are disproportionately higher-rate tax-payers rather than users of foodbanks. And of course there are countless ways in which the noisy rich exercise undue influence over politics – for example through funding political parties and lobbying; implicitly threatening to withdraw market confidence; or just plain deference. As Martin Gilens and Benjamin Page (pdf) and Pablo Torija Jimenez have documented, capitalist “democracy” serves the interests of elites.

But this is the precise opposite of what we need. A proper democracy – in the sense of giving equal weight to each individual – would act like a good chairman, ensuring that quiet people’s views and interests were heard as much as noisy ones’. Such a democracy requires institutions that lean against the human tendency to reconcile ourselves to great suffering whilst complaining about trivial slights. Actually-existing democracy, however, does the precise opposite. Which poses the question of whether egalitarian democracy and capitalism are compatible.

* Unwarranted not by my standards but sometimes by their own. For example, the ERG – which had voted for the Brexit deal – now wants to abolish a key part of it. Their demands are incoherent – and yet they are given disproportionate weight.

Watch as judge reads out verdict of Derek Chauvin trial