Ode to the Baked Bean Sandwich

Of course, it’s always an option to heat up leftover baked beans and serve them in more “traditional” ways – with brown bread, franks-and-beans style, or even alongside eggs and toast. But where’s the fun in that?

Inexpensive, filling, and the hallmark of packed lunches for an entire generation of New Englanders, baked bean sandwiches are perhaps the lunchbox definition of Yankee frugality. This sandwich isn’t pretty, but it’s ours, and we love it with the same loyalty we extend to Moxie and Necco Wafers.

So, just how do you make a baked bean sandwich? I confess I’d never eaten one before, so making it was a bit of an adventure. According to my sources (meaning all of you on Facebook), it’s as easy as plopping a delicious pile of cold baked beans onto a thick slice of white sandwich bread (Anadama bread works great, too) and topping it with another. Some baked bean sandwiches are made with brown bread, but they tend to be more “open-faced,” and that’s just not the same thing as picking up a sandwich and biting into it! 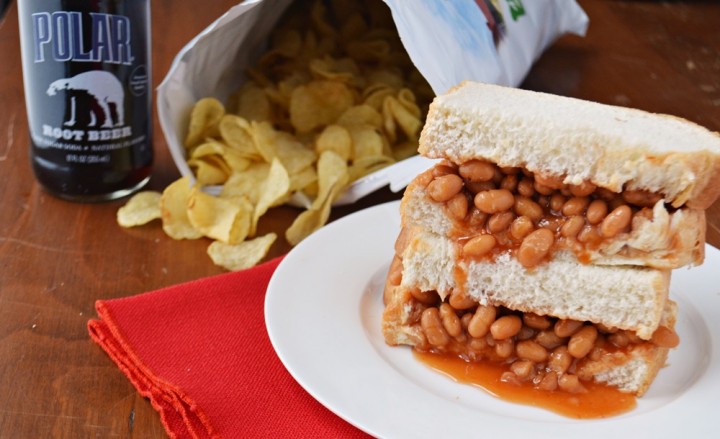 I like my baked beans with a little sauce, so even though these were cold (these had been in the fridge for a day or two), the sandwich was on the messy side, but (amazingly) still held. It actually sat on the plate like you see in the photo for a good 15 minutes without losing more than a little sauce and a few rogue beans. I’ve had a Boston Cream Pie fall apart faster than that!

And the flavor? Well, it tasted like you’d think – like baked beans and thick sandwich bread – but I happen to be a fan of both, so the experience wasn’t unpleasant. It did, however, leave my mouth feeling a little dry, so it was a good thing I had a bottle of Polar root beer in the fridge. And, since all sandwiches benefit from a little crunch and salt, I added a handful (or two) of Cape Cod potato chips. Now there’s a lunch! 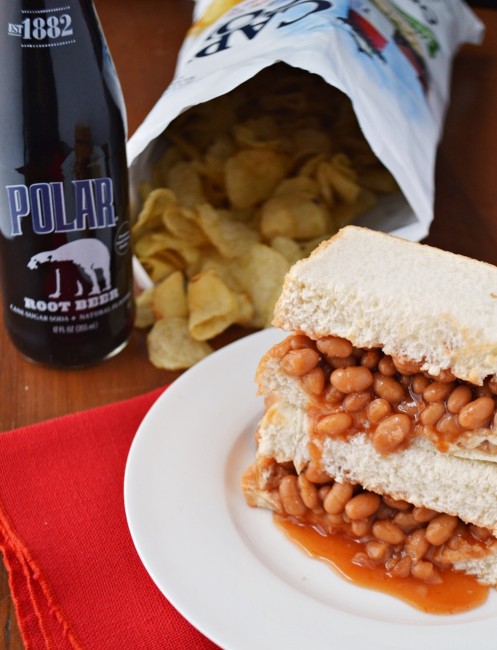 Are you a fan?

While many New Englanders have fond memories of baked bean sandwiches, it does seem to be especially popular with Yankees of a certain generation, so we’re wondering… Do you love a good baked bean sandwich? Do you know someone who does? Let us know!

Ready to make your own baked bean sandwich? First you’ll need the beans! Below you’ll find some favorite baked beans recipes from the Yankee archives.