It’s been feeling an awful lot like summer lately (after the winter we had this year, I’ve been basking in it like a cat in a sunspot), and the warmer weather got me thinking about the cookouts and picnics to come over the next several months. Inspired, I took a trip to the Yankee archives in search of a favorite summer party side dish, and thought this old-fashioned baked macaroni and cheese might fit the bill. 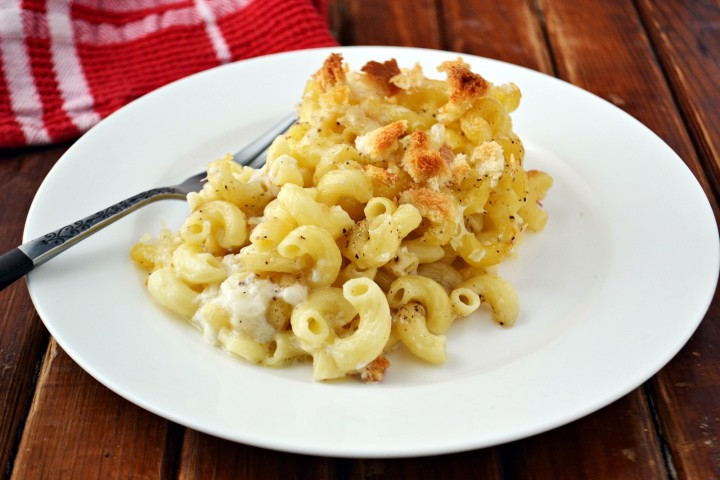 The recipe was first published in February, 2000 (we’re up to $2.99 an issue now!), but since it appeared in a column about food and memory (an earlier version of Recipe with a History), it’s actually much older. It was submitted by reader Marlene Keene of Boothbay Harbor, Maine, whose son Eugene loved his Maine grandmother’s baked macaroni and cheese. She remembered it as “a delightful dish, with bubbly cheese melted through the elbow pasta and a crunch topping.” Eugene loved the dish so much that Marlene got the recipe (and the special dish it was baked in) from Gram Meggett herself so she could make it at home. Then, years later, she shared it with us, and we shared it with you! 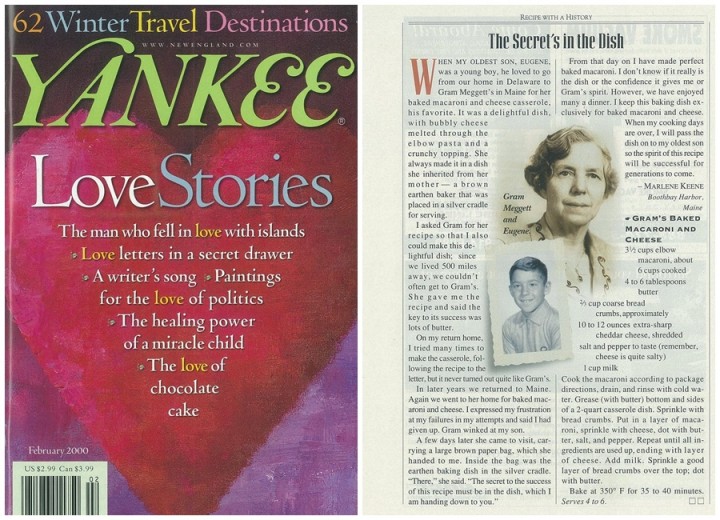 After skimming the method, I was intrigued. This was an old-fashioned baked macaroni and cheese recipe unlike any other I’d ever made. It called for the normal ingredients (noodles, cheese, breadcrumbs, milk, butter, salt, and pepper) but was constructed very differently than today’s ultra-creamy baked versions.

The biggest difference was that it didn’t start with a roux, which is a thick sauce made on the stove with butter, flour, and milk. Instead, it called for the cooked macaroni to be layered in the dish, lasagna-style, with the grated cheese (only cheddar) and breadcrumbs in alternate layers. Once that was done, the milk was poured over the whole thing, topped with breadcrumbs and butter, and baked.

The result is a texture that’s more like boxed macaroni and cheese (meaning a lot thinner than most baked versions), but still made with “real” cheese and plenty of butter. It’s different, but still plenty tasty, and my household had no trouble speedily working their way through it. 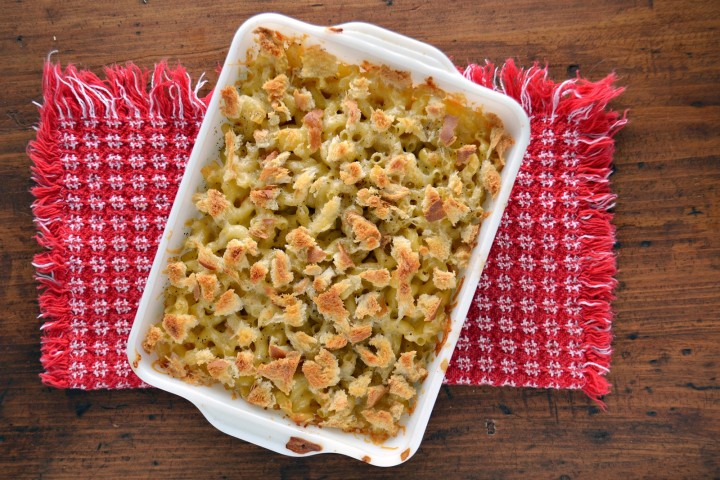 The torn breadcrumbs (I needed a bit more than the recipe called for) are also a distinctly old-fashioned touch. Some people love the hearty crunch they provide, but if you like a crushed cracker or Panko-butter crumb topping, by all means, swap those out instead. Like most macaroni and cheese recipes, this one is pretty much foolproof so long as you like eating a mixture of noodles and cheese…and you do, right? I think it would pair perfectly with one of our favorite potluck cakes.

Have you ever had old-fashioned baked macaroni and cheese like this recipe?

And fresh breadcrumbs? Velveeta? Hot dogs? Do you have a favorite mac and cheese ingredient?

GET THE RECIPE:
Old-Fashioned Baked Macaroni and Cheese