On foreign policy, EU has to speak up — even if it’s not with one voice 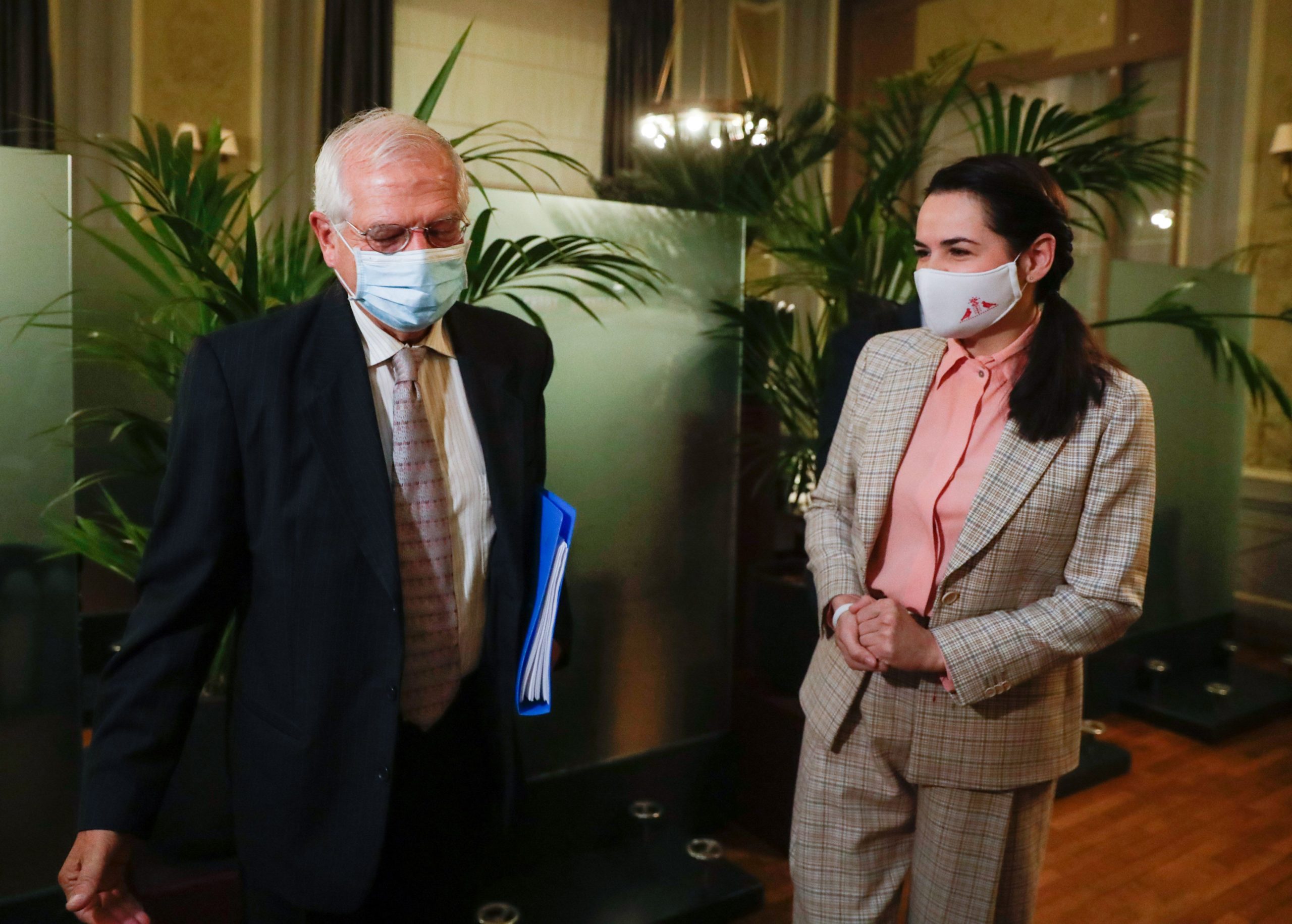 Nathalie Tocci is director of Istituto Affari Internazionali, a special adviser to European High Representative for Foreign Affairs Josep Borrell, an independent member of the board of directors of Eni and the author of POLITICO’s World View column. Her opinions are her own and do not represent the views of the high representative, Eni or IAI.

Why can’t the European Union get its act together when it comes to foreign policy?

Despite a number of steps forward in the past decades — the establishment of the European External Action Service, for example, which has helped bridge divisions between countries and created policy instruments to engender action — European foreign policy remains largely paralyzed.

Europe’s members disagree on how to deal with Vladimir Putin’s Russia, Xi Jinping’s China and Donald Trump’s America. And while Europe can be said to share a common vision and sometimes take common action, these are still a far cry from a coherent, consistent and decisive EU foreign policy.

The problem is not mysterious: It lies with the bloc’s decision-making process. Unlike in other policy areas, decisions on issues of foreign and security policy must be taken by unanimity. This means that, too often, EU members, with their jealously guarded sovereignty, prioritize specific national interests over a European strategy.

This isn’t the first time the EU has been paralyzed by a member country’s strategic stalling.

If this is a common diagnosis, not everyone agrees on the prescription. And yet, revising this principle is of the utmost urgency, as the controversy over the EU’s failure to agree on sanctions against Belarus made clear last week.

At a breakfast meeting with High Representative Josep Borrell and 27 EU ministers ahead of the Foreign Affairs Council, Belarusian opposition leader Svetlana Tikhanovskaya made an impassioned call on Europe to stand by the Belarusian people. And yet, the bloc failed once again to adopt sanctions because of the opposition of one member country: Cyprus.

Nicosia didn’t disagree on the value or effectiveness of the proposed sanctions. But it had decided to draw a parallel between the Belarusian regime’s violent crackdown on peaceful protesters and Turkey’s military posturing in the Eastern Mediterranean. For any believer of the EU as a principled actor on the world stage, this deliberate mixing of apples and oranges was painful to watch.

The incident was a prime example of what is so dangerous about the unanimity principle: Cyprus was able to hold the process hostage, not because its national security was under threat from the move to sanction Belarus, but because it saw an opportunity to horse-trade and exert pressure on the EU to act in its interest on another issue.

This isn’t the first time the EU has been paralyzed by a member country’s strategic stalling. It has happened repeatedly on the issue of migration. Increasingly, some countries appear almost proud — rather than embarrassed — to stand out against a crystallizing EU consensus, something that makes it easier for foreign powers, from Russia to China as well as the United States, to exploit Europe’s vulnerabilities and corrode its unity.

This puts Europe in an uncomfortable — and somewhat ironic — position.

As Europeans increasingly see themselves as a community that shares the same fate in an ever more uncertain world, member countries’ foreign policy interests are converging. And yet, some governments are becoming more willing to threaten to veto EU policy, damaging the bloc’s image and capacity to act as a unified whole.

This can be avoided if we abandon the principle of unanimity, if not on every foreign policy issue then at least — as Commission President Ursula von der Leyen and Borrell have proposed — when it comes to sanctions and the protection of human rights.

It’s not a perfect solution. Arguably, the biggest challenge in acting is not always reaching a common position — it’s what comes after. In too many cases, no sooner is the ink dry on those carefully crafted texts than countries return to their daily pursuit of national foreign policies.

But while abandoning unanimity on certain issues may not the end-all-be-all solution to Europe’s foreign policy woes, but it is a necessary place to start. The alternative is to lose all credibility and to permanently prevent the EU’s coming of age on the global stage.

EU draws up options for boots on the ground in Libya